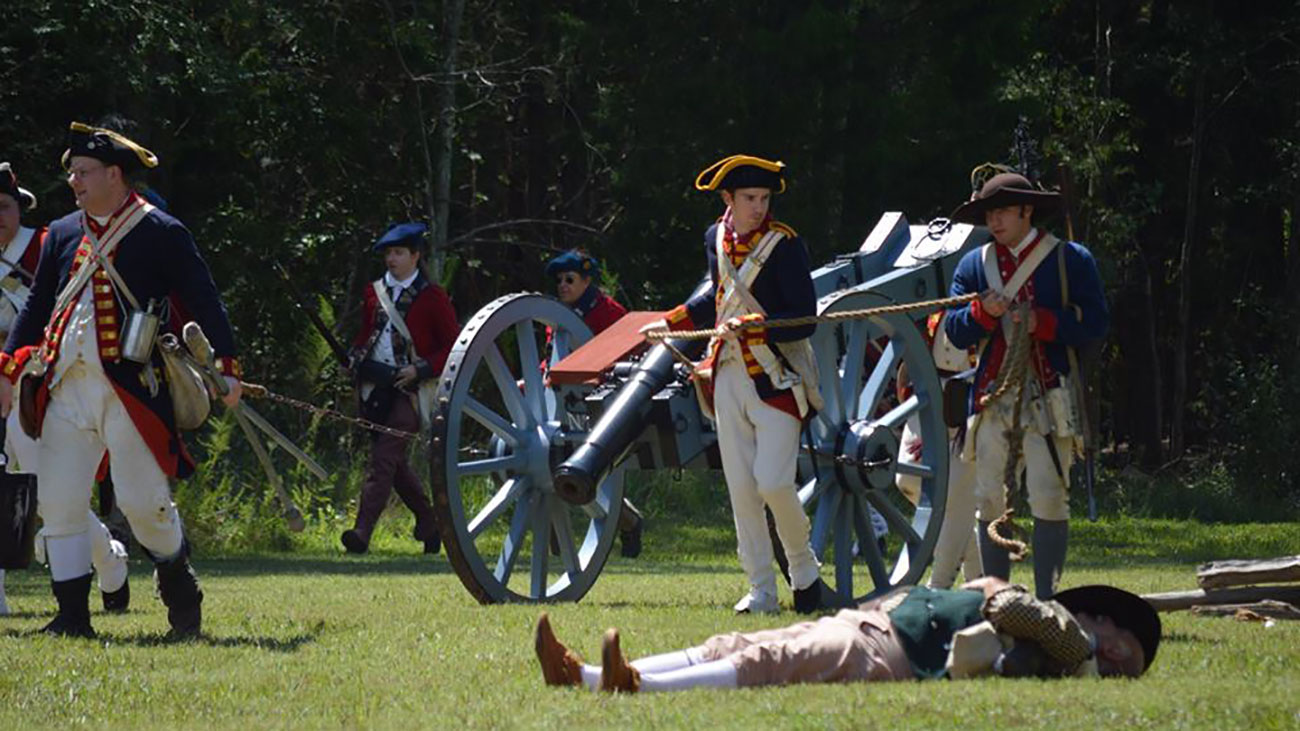 The Battle of Charlotte took place right in what is now Uptown Charlotte on September 26, 1780, when the Patriot Rowan County militia left to hold the British Lord Cornwallis at bay, keeping him away from Salisbury as long as they could. 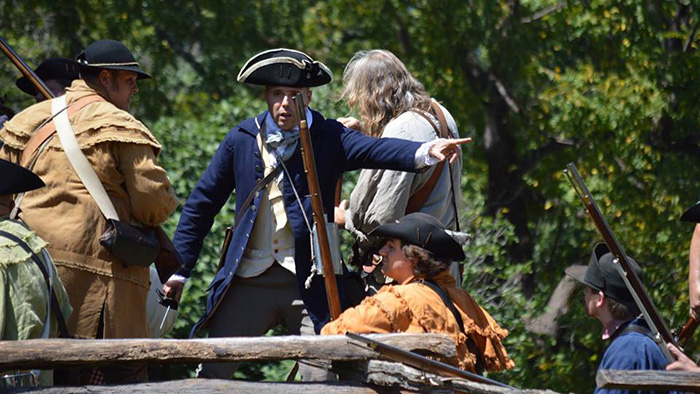 Ever wonder how the Charlotte Hornets got their name, and why a hornet’s nest symbol occupies Charlotte’s city seal and police badges? During the Battle of Charlotte, Cornwallis called the city a “hornet’s nest of rebellion,” and the nickname stuck.

About 2,000 spectators are expected to turn out for this year’s re-enactment, so the 125-150 reenactors who are making it happen practice hard to make sure that their performance is legit.

Units participating in the re-enactment typically have drills at least once a month to hone their marching and battle skills. They also take care to make sure everything is extremely accurate and truly representative of history, from their uniforms to the 18th-century muskets and the depiction of camp life and cooking.

Matthew Waisner, site director of the Historic Latta Plantation, says he personally inspects every single weapon (re-enactors use real 18th-century flintlock) before it goes out on the field. Waisner is also a re-enactor himself.

“I go out and meet each unit to make sure they’re safe and are knowledgeable about the history before I invite them out to be re-enactors at Latta,” Waisner said. “The battle can’t happen unless we know what we’re doing.” 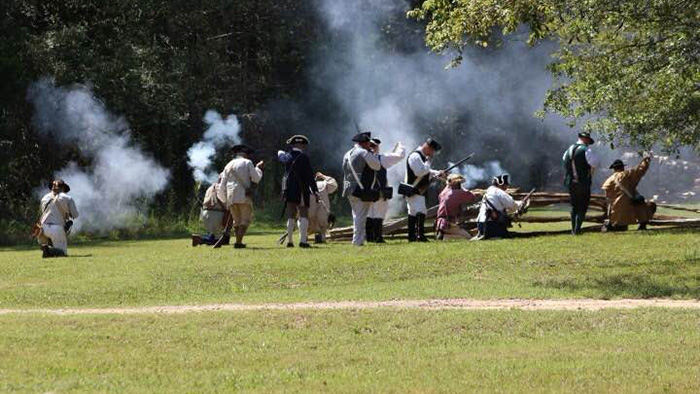 Saturday is the prime day to go, as there’ll be two live-action battles taking place. The Battle of Charlotte will begin at noon, and the Battle of the Bees will follow at 3 p.m.

If you can’t make it on Saturday, never fear. There will still be a battle on Sunday at 2 p.m.

Bring your chairs and picnic blankets, pick a prime viewing spot and watch the fight between the Patriots and the British unfold. 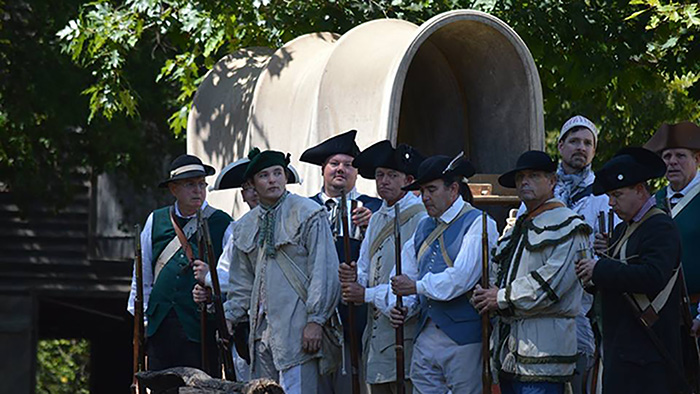 The battles aren’t the only attraction at the reenactment; spectators will have opportunities to learn about 18th-century life in the American backcountry all across the plantation.

Actors portraying General Lord Cornwallis and Colonel Polk will readily talk with visitors about their experience in war time.

Meander through the site to visit Patriot and British soldier camps, see the gunsmith and the blacksmith at work, and walk through the Latta House to see a cooking demonstration.

You’ll find 18th-century vendors scattered throughout with clothing and other good for sale. 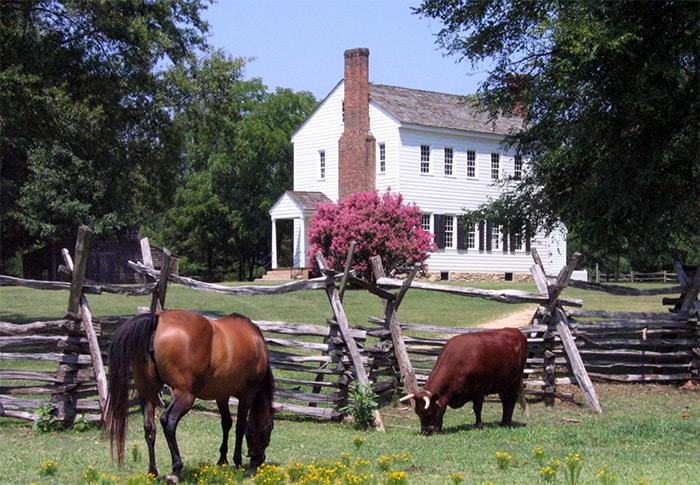 There’s stuff for the kids to do, too. The Latta farm animals will be out and ready to meet you, and there are children’s military drills daily where kids can learn to handle a toy musket. 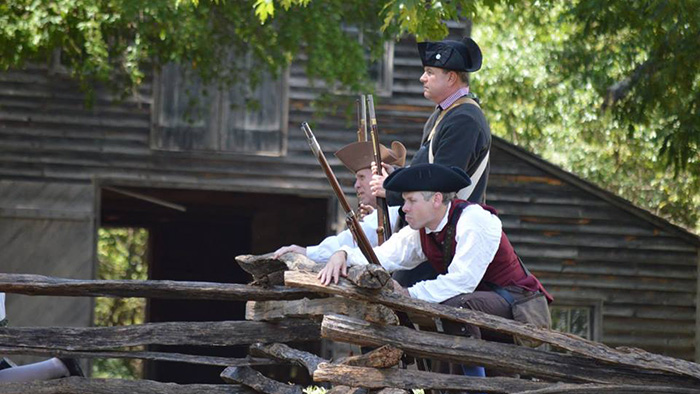 All photos courtesy of Historic Latta Plantation. And they look awesome. I’m hyped.

The exact address is 5225 Sample Road in Huntersville.

Admission for the re-enactment will run $9 for adults, $8 for seniors and students, and free for children under 5 and for Historic Latta Plantation members. Veterans and active military will get into the event for free.

No need to reserve your ticket ahead of time; you can grab them at the door, where they will be taking cash, credit or debit.

So, pause the Netflix — it’s time to be a Patriot (in the comfort of modern luxury) — for at least for a few hours this fall. 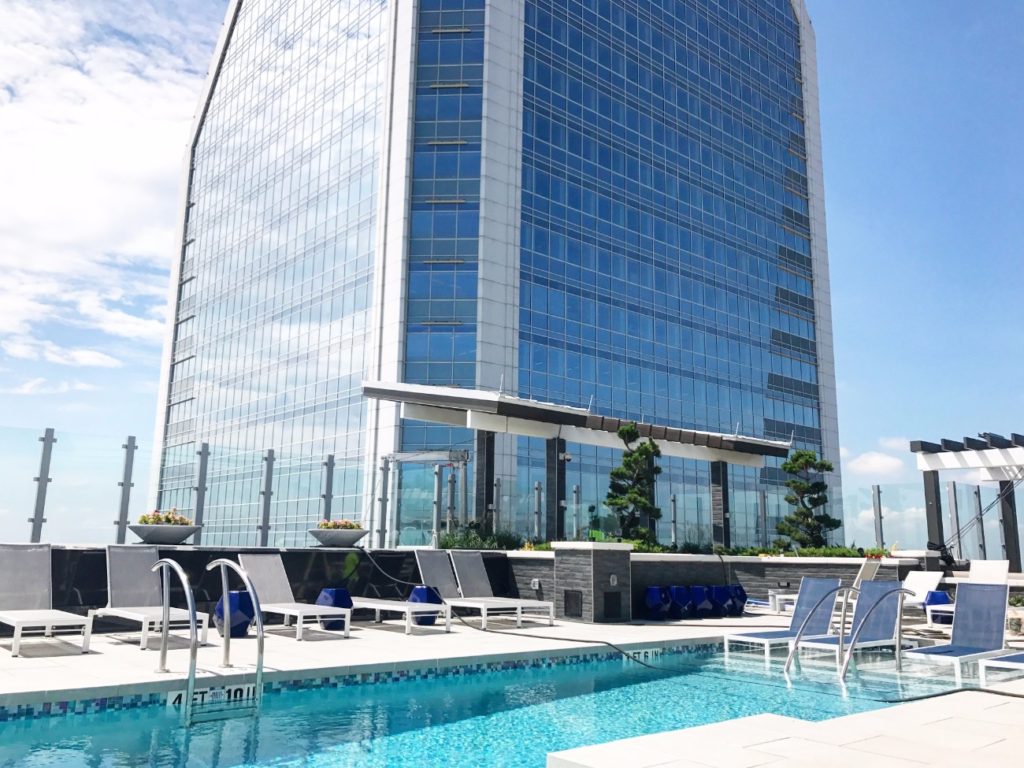