Like Jeff Bezos buying the Washington Post, who should buy The Charlotte Observer? And what should they do with it? 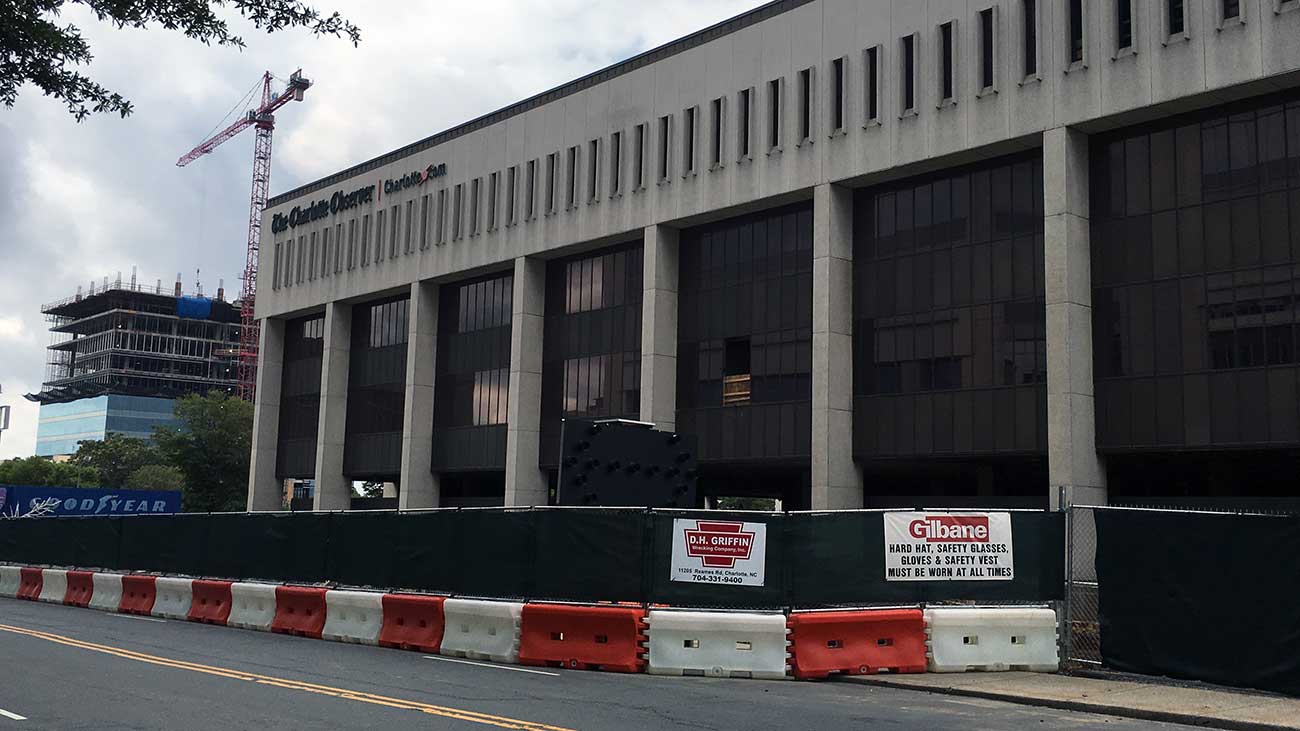 “I think that newspapers need to be like football teams, where instead of a white guy Republican who wants to take his friends to the football box, instead it’s a white guy, Democrat usually, who buys a newspaper. I think newspapers are public goods. I don’t think they make great shareholder vehicles, but the New York Times continues to be in my opinion the most robust evangelist for Western values, and is just a hugely important institution.” – NYU business school professor and L2 founder Scott Galloway, to Recode.

I agree with Scott.

Even with the cuts of the past eight years, The Charlotte Observer still produces the vast majority of quality original journalism in our city. I’m not a hardcore-journo, but I do believe journalism is important for a metropolitan city.

We’d be worse off as a city without the journalism produced by The Charlotte Observer. 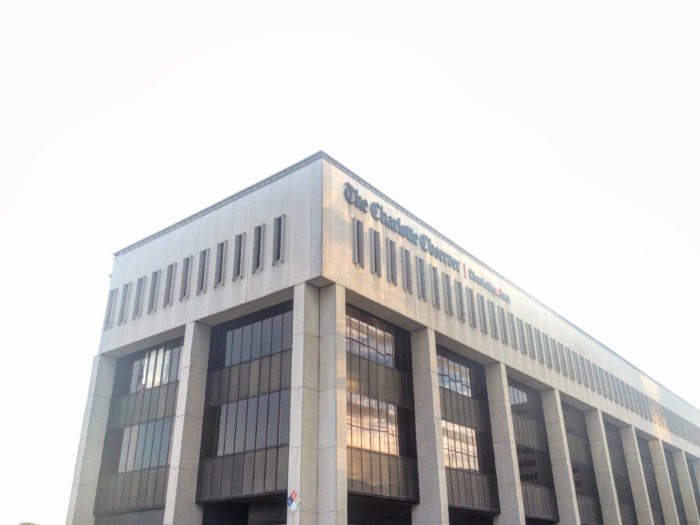 We need a local version of Amazon’s Jeff Bezos, who recently purchased the Washington Post for $250 million.

But finding a local Bezos will be hard.

Why? Because with a broken business model, financing a metro newspaper will take a buyer with significant wealth, patience and no profit motive. The economics of a city-level newspaper are much worse than that of a national newspaper.

Despite everybody talking about digital, it’s print that’s still the linchpin of the newspaper model. If you’re a media nerd, you understand that a metro newspaper’s business model hinges on pre-prints (the paper inserts inside of the physical paper). They’re highly profitable.

And you know what, pre-prints are really damn sticky. Printed coupons drive sales and are easy to track. They’re like crack for retailers.

It’s odd to think about, but the existence of a metro newspaper is dependent on a handful of coupon pre-print sales with regional retailers. Once these retailers decide to move their ad spend (or go out of business), the entire newspaper model collapses, fast. 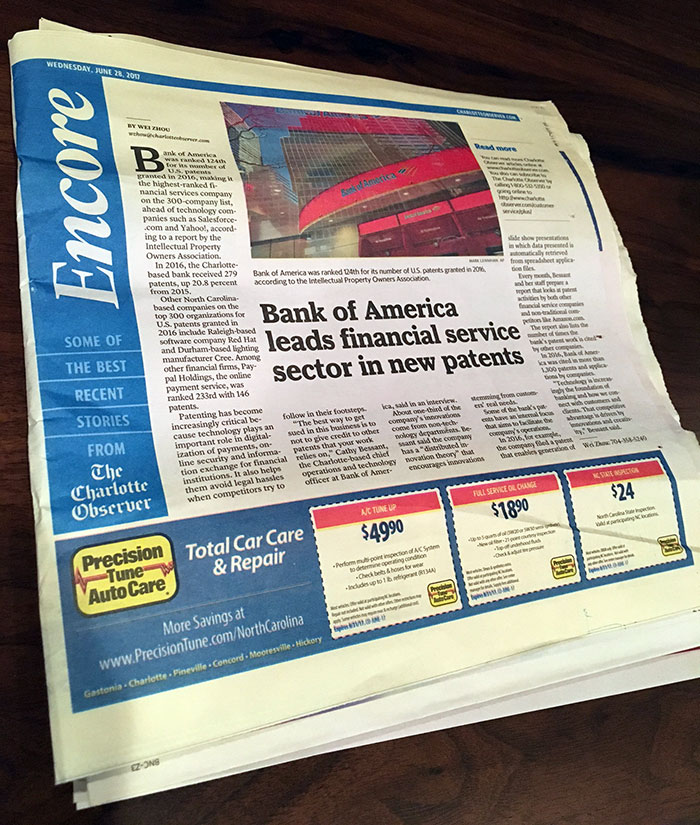 “How did you go bankrupt? Two ways. Gradually, then suddenly.” – Ernest Hemingway

The Charlotte Observer’s parent company, McClatchy, is knee-deep in the “gradually” stage. They recently did a 1-for-10 reverse stock split so that they wouldn’t be delisted from the NYSE.

Facing declined revenue, declining circulation, talent attrition, $800+ million in debt and low cost, easy to use, highly targeted ad products from Facebook and Google, McClatchy is in a brutal position.

And if your business will come to an end, you do what any reasonable business executive would do — maximize profits before the end.

The formula for maximizing profits from a metro newspaper is fairly simple:

McClatchy is doing all of these things. And I don’t blame them. If I was the CEO of McClatchy, I’d do the exact same thing. I’d also be evaluating a sale to Gannett and selling off individual properties while brand equity can still yield a premium price.

But McClatchy is also doing two things that I wouldn’t do:

I wouldn’t do either of these things because they don’t make real money, they distract/drive away high-quality employees and they cheapen the real journalism being produced.

The Charlotte Observer brand is the major asset and it’s sad to see this asset erode from shortsighted corporate management due to financial pressures.

If you don’t maintain high-quality journalism, the brand is less valuable, and without a highly respected brand, no buyer will pay a premium. 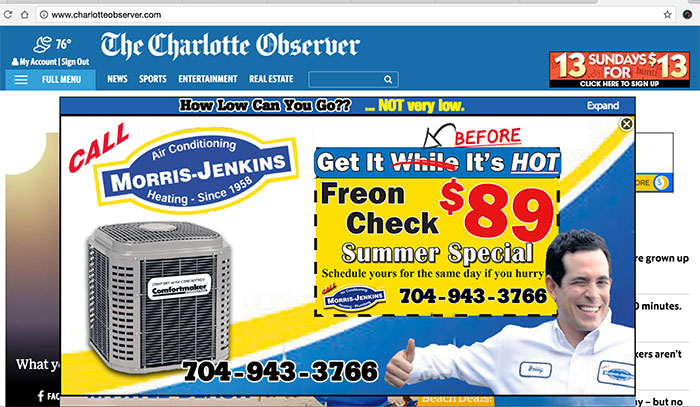 Screenshot of Charlotteobserver.com from last Friday, where there is an ad placed on top of two other ads that doesn’t close until you click the “x” button and covers the entire page.

What are the economics of a future all-digital Charlotte Observer?

Assume a newsroom staff of 30 all-star journalists, creatives, and editors with an average compensation of $60,000. Add another 25% to this for taxes and benefits. So a rough annual newsroom compensation of $2,250,000.

Assume a business staff of 5 all-star sales, advertising and product managers with average compensation of $100,000. This business team focuses on large ad deals, a few big events and automated classified type ad products. Add another 25% to this for taxes and benefits. So a rough annual compensation of $625,000.

Let’s also assume fixed costs for things like rent, equipment and technology at an annual total of $500,000.

That’s a grand total of $3,375,000 to run a high-quality journalistic operation in Charlotte.

From a revenue perspective, let’s assume 15,000 Charlotteans will pay $10/month (optimistic) for some type of subscription to support the effort. That’s $1,800,000 in subscription revenue. And let’s also assume $1,575,000 in advertising revenue from large ad deals and classified-type ad products.

You don’t need an MBA to see why this is a terrible business if you’re profit-motivated.

If you are profit-motived, you do the opposite — maintain status quo — and maximize short-term cash flow while print economics still deliver surprising good returns. Maybe this last for another 5 years. Maybe.

For the long-term interest of our city, it’s best for The Charlotte Observer to be bought by a rich person who views it as a public good. But who?

McClatchy’s financial position will continue to worsen. And while bankruptcy and/or the complete sale of all 29 papers may be the cleanest solution, the board will at least be open to potential buyers. We know this because in 2014, they sold their Anchorage Daily News for $34 million to a rich person.

I don’t want to get into valuation, but let’s just say for the sake of this scenario, The Charlotte Observer could be purchased for $50 million.

It’s a lot to ask, but a buyer would need to fork over $50 million AND have the stomach/wealth to endure possible annual losses of a few million. That takes unique wealth and unique passion for journalism as a public good. So who?

Jay Faison (50, married with 3 children). Net worth: $175+ million. Jay was the founder and CEO of SnapAV, an electronics distribution company, which he eventually sold. He’s got an undergraduate degree from Chapel Hill and an MBA from UVA. He was named Entrepreneur of the Year by Ernst and Young in 2014. Jay has a passion for philanthropy and was named #43 on Politico’s Top 50 list for his work starting the ClearPath Foundation.

C.D. “Dick” Spangler (85, married with 2 children). Net worth: $4+ billion. Spangler was born in Charlotte. He has an undergrad degree from Chapel Hill and an MBA from Harvard. Dick was the President of the University of North Carolina and gained most of his wealth by owning National Gypsum.

Other potential buyers: Johnny Harris, Hugh McColl, Howard Levine, Ric Elias and Tim Belk. All of these men are rich and have a deep, unselfish interest in our city’s success.

Build instead of buy

$50 million is a lot of money for a declining asset. A buyer of the Observer would be foolish to immediately cut off print, so they’d have to manage the decline with my breakeven model as the ultimate end state. This is hard, and frankly, not that fun.

Smart money (and these guys are all smart money) would likely say, “Let’s build instead of buy.”

Think about it for a second.

Creating a metro media brand from scratch will take 3-5 years to reach breakeven — $3,375,000 in the scenario above. And don’t forget, it’s a terrible financial investment that has a low probability to ever generate material financial returns — so a potential funder must be able to stomach this.

Jay, Clemmie, Johnny, Hugh, Howard, Ric or Tim, if you’ve read this far down, let me buy you a cup of coffee. My ask is simple, write a check for $15 million (or $65 million if you love the Charlotte Observer brand) and in return, you can deliver a sustainable model for city-level journalism in the United States within 5 years. It won’t produce much money, but it’ll produce something better – impact.

Owning a sports team is cool, but owning information and being the pioneer that creates the model for city-level journalism may just be cooler. 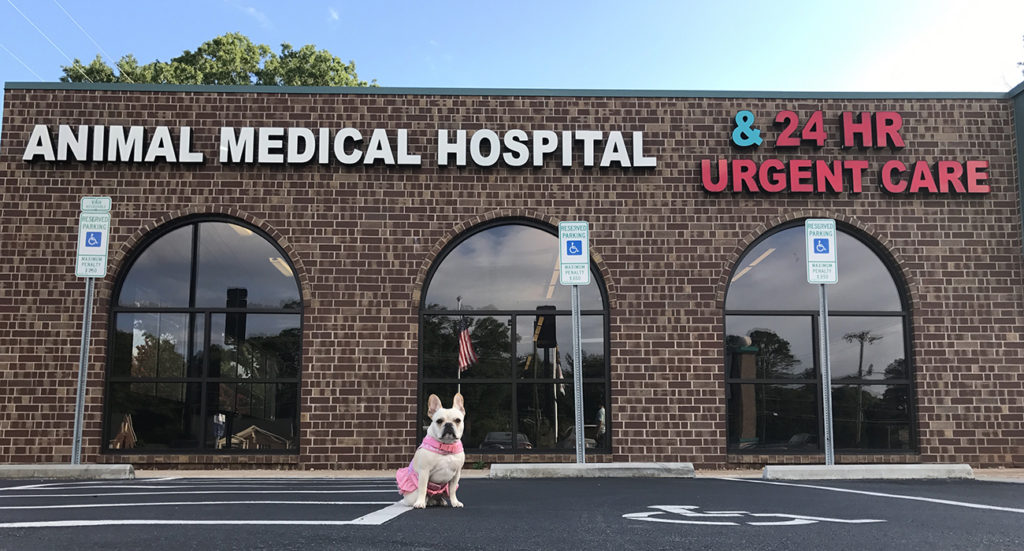 How do North Carolina’s pets rank in health?