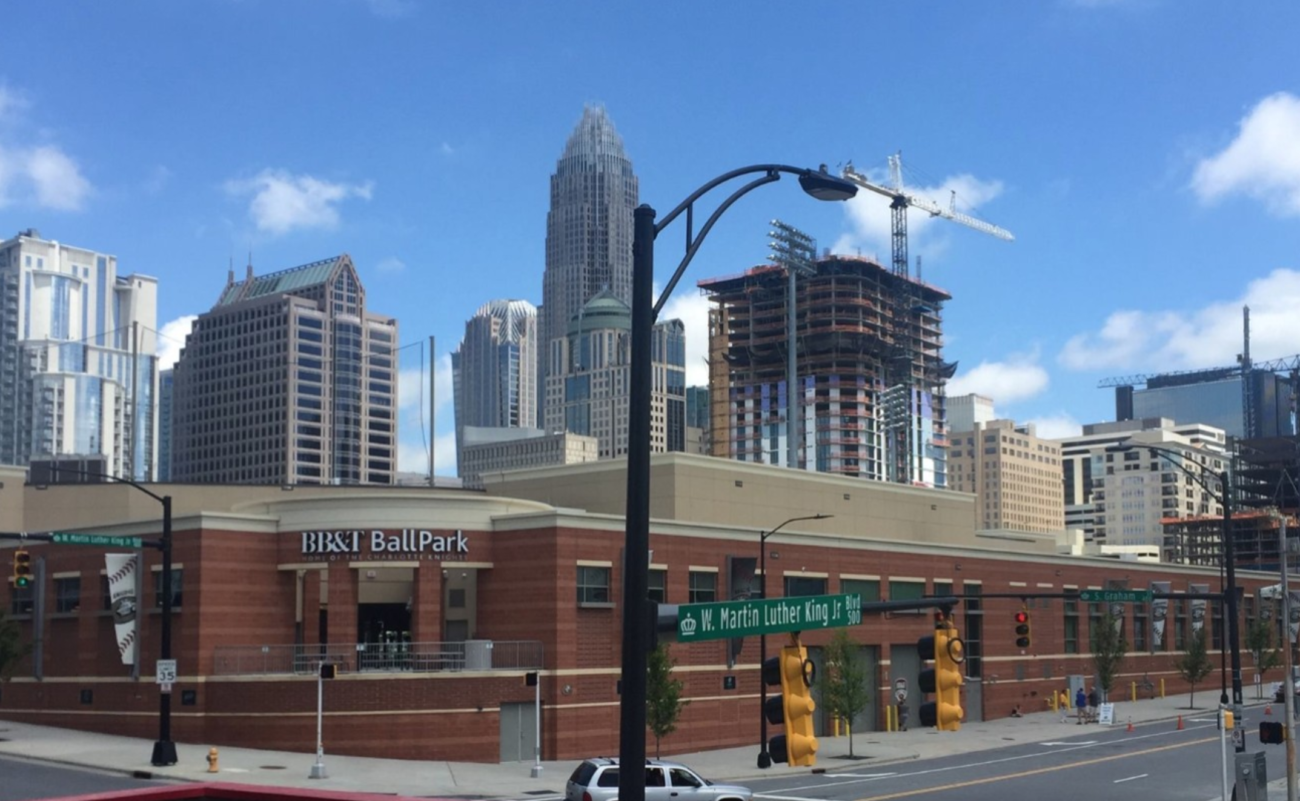 If you’ve been curious about the status of Graham St. Pub & Patio, you’re not alone.

The little white building at the corner of South Graham Street and West MLK Jr. Boulevard has been quiet since the project was announced back in January, and its spring 2017 opening date has already come and gone. But all hope is not lost.

Kevan Smith, Principal at SEC General Contractors, confirmed work is underway at the property at 400 S. Graham Street. He cited hurdles in engineering and permitting as reasons for the temporary delay but says the project is moving along.

Electrical, plumbing and mechanical permits were issued on May 11 for a building upfit that totals $557,500, and inspections followed in late June. 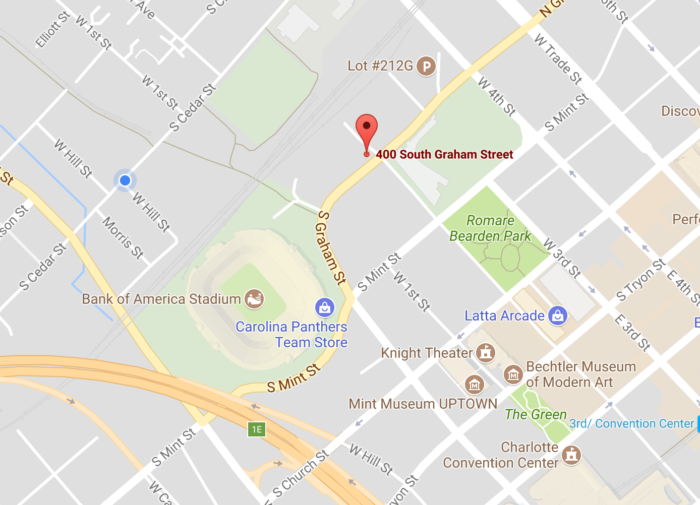 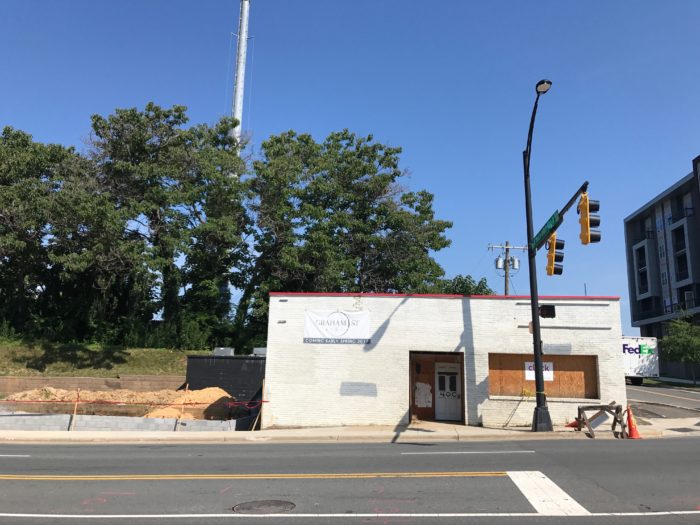 The prime real estate between BB&T Ballpark and Bank of America Stadium has a bad track record of realizing its full potential.

An ill-fated all-shots bar concept called Chupitos dragged along there for nearly two years without any activity before ultimately crumbling when the owner pleaded guilty to a $3 million investment fraud scheme last year.

But things started looking up in May of 2016 when Nick Lischerong (co-founder of the TIN Kitchen) and his group, Lischerong Enterprises and Holdings, took over the site and announced big plans for the building, including a large patio and rooftop deck with skyline views.

In January of this year, they named Graham St. Pub & Patio as the future tenant and people went nuts for the prospect of a chill neighborhood bar within walking distance of two major sports fields.

Although Ted may disagree because he loves shots-only establishments, this is a major upgrade from the earlier Chupitos concept and we’re finally getting closer to the highly anticipated end product. 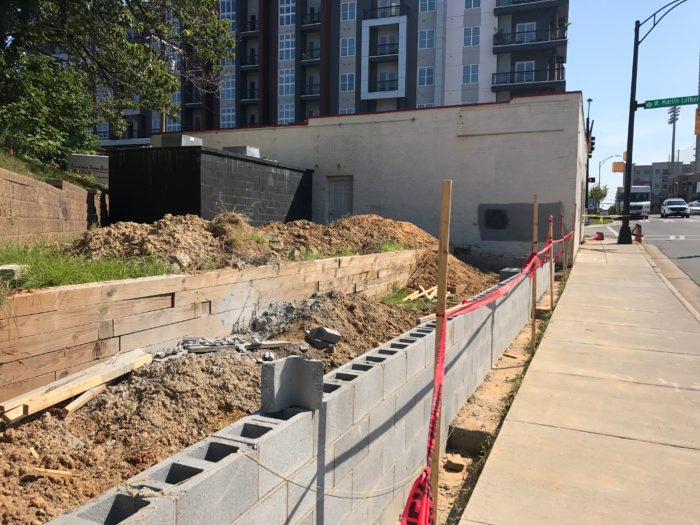 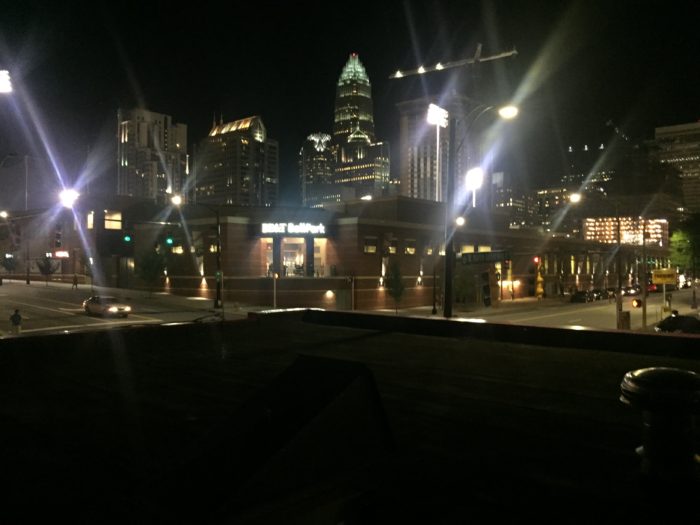 Here’s a look at the initial Cluck Design renderings:

Even without its own parking lot, Graham St. Pub & Patio will draw a strong flow of foot traffic from nearby apartments, Panthers Stadium, BB&T Ballpark and… Agenda HQ, which is perhaps one reason why we’re so emotionally invested in the future of this little building. 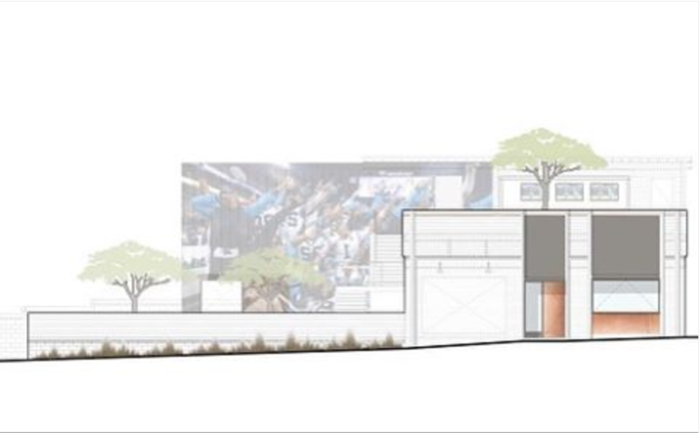 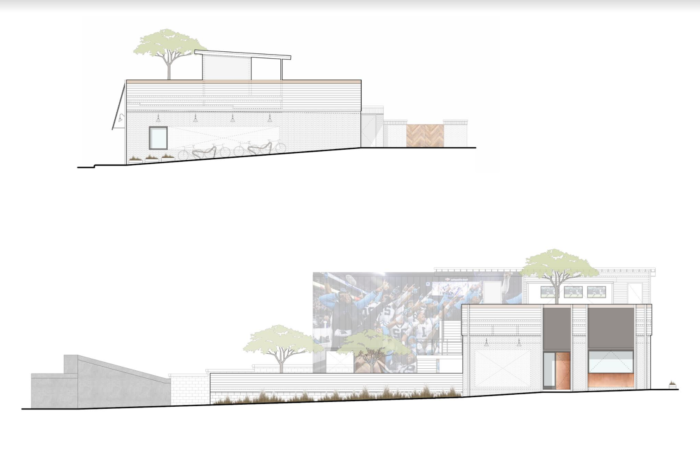 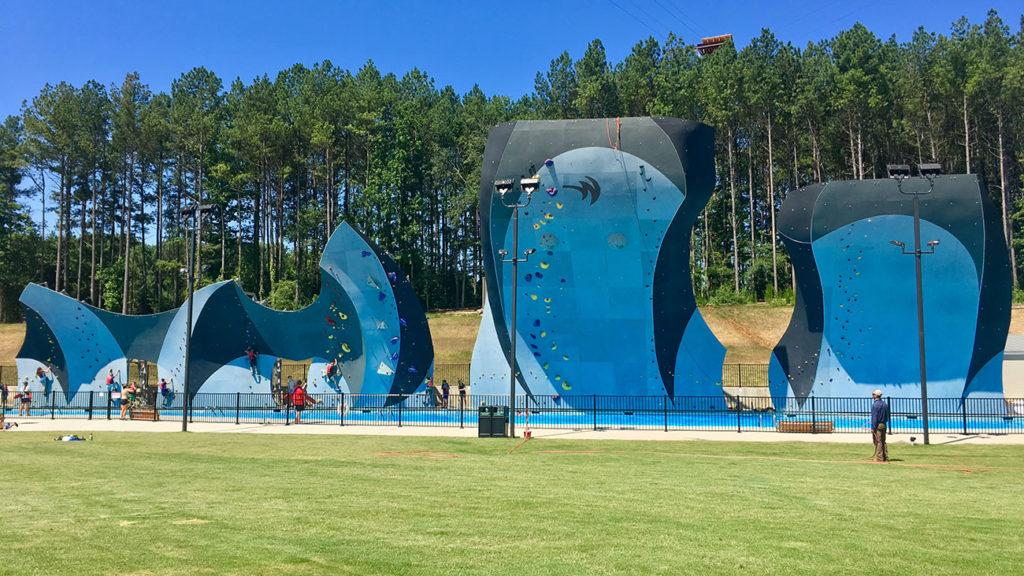 I paid $60 to climb the Deep Water Solo at the Whitewater Center. Here’s how it works and how I did

by Claire Hart
Most Read
1
Kid Cashew on East Boulevard sets its opening for mid-January
2
Hello Friday. Charlotte Recycling Plant.
3
Starbucks on East Blvd will start to serve wine after renovations
4
Bleu Barn Bistro takes food from farm to food truck
5
May I smell your beer? 26 days without drinking
Most Recent Open Jobs