How Johnson C. Smith University plans to vault up the rankings 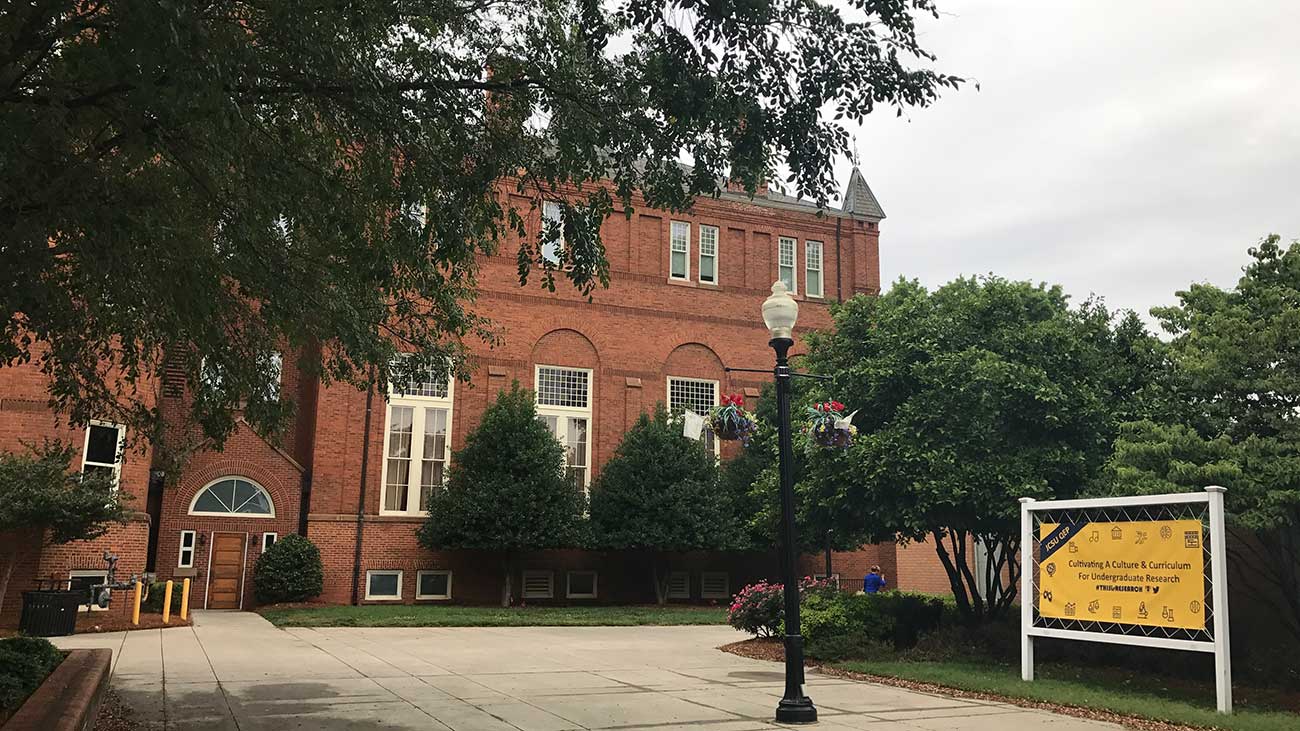 The sign above the door to Johnson C. Smith University’s student union touts a milestone anniversary in the life of the west Charlotte campus: “150 Years of Undeniable Progress.”

It’s certainly true: What began in 1867 as a school to train recently freed slaves for the ministry has become a private university with 1,400 students and numerous courses of study. 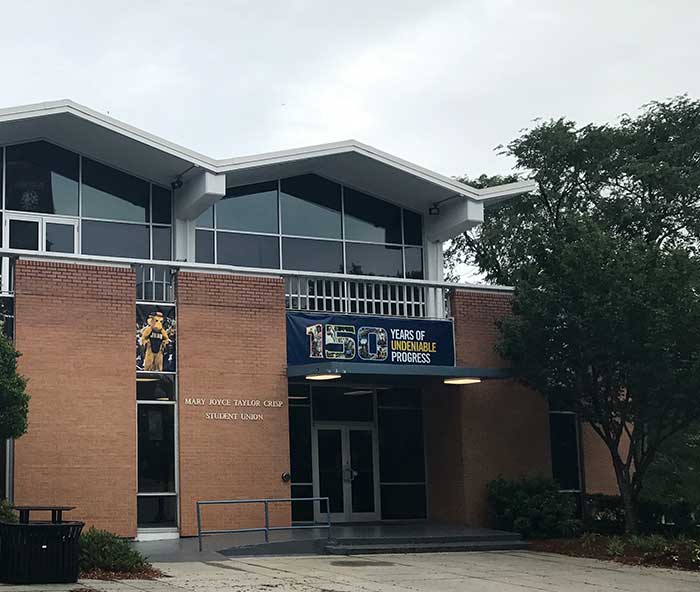 Of those 150 years of history, this next one could end up being one of the more meaningful.

The university is at the confluence of three significant inflection points.

This year, Johnson C. Smith ranked No. 15 among the nation’s historically black colleges and universities (HBCUs) according to the widely cited U.S. News and World Report. This list is a closely watched metric for the university.

“We are now on a trajectory that will put our University in the forefront of HBCUs and in the brand of selective new urban universities,” Carter wrote in a 2011 newsletter.

Six years later, he set his sights at the top of academia.

“Someone said, ‘What will Smith look like 150 years from now?'” Carter said in a speech at the start of the most recent school year. “I said, ‘Smith will be better than Harvard University.” 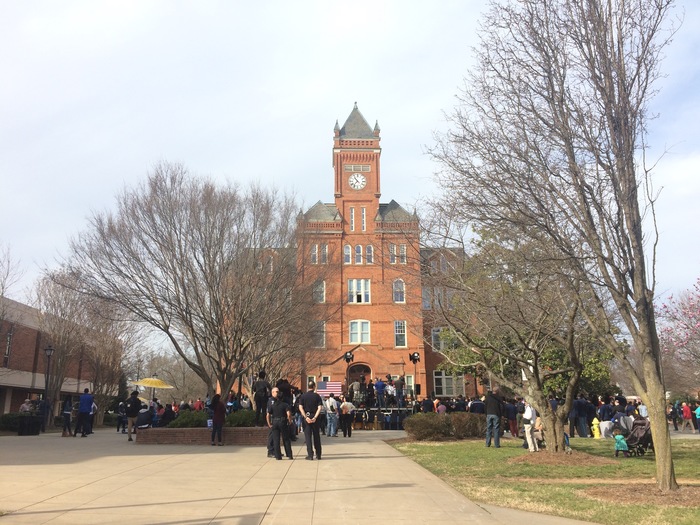 Johnson C. Smith University officials did not respond to requests for comment. Al Austin, a city councilman who recently served as major gift officer at the university, demurred on speaking for this story since he is about to leave for a position with the state Department of Transportation.

The new president will have plenty to do.

In 2008, Carter was brought in to lead a “reinvention,” the school says, and he did so despite the difficulties of weathering a major economic recession. Under his watch, Johnson C. Smith added master’s and online degree programs and led redevelopment in the Historic West End — most notably the Mosaic Village project on West Trade Street. 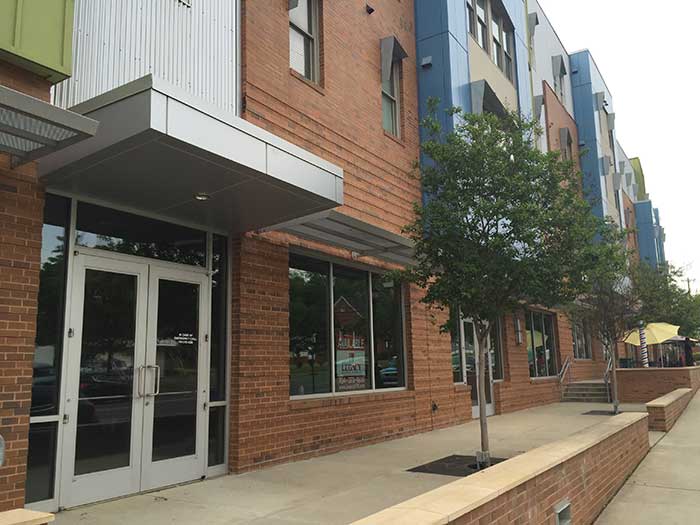 But there’s plenty of room for growth.

Though top administrators have said their goal is to be more selective and admit students with loftier high-school credentials, the admissions profile hasn’t meaningfully changed.

Graduation rates have remained low — around 50 percent — and the job placement rate is abysmally mired between 29 and 37 percent. For comparison, UNC Charlotte’s is around 75 percent.

[Agenda story: Charlotte colleges that will get you a job, ranked] 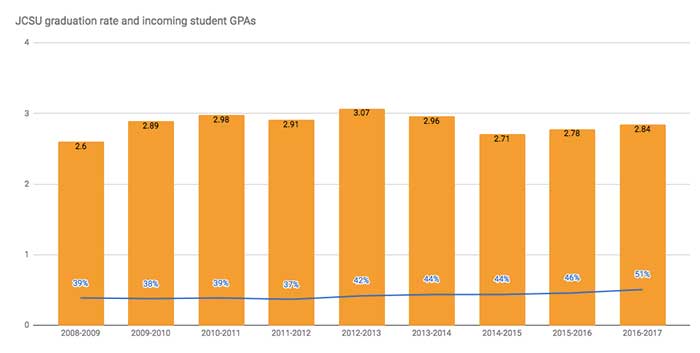 These two measures have been controversial. Johnson C. Smith prides itself on educating low-income and first-generation college students, who frequently score more poorly on standardized tests regardless of intelligence.

Carter caught flack for raising admissions standards when he himself scored a 726 on the SAT before gaining admission to the prestigious Morehouse College in Atlanta, according to a Charlotte Post article that’s republished on the JCSU website.

The new Johnson C. Smith president will have major decisions to make regarding what student profile to target.

He or she will also be looked to be a public face as West End’s development continues. The streetcar’s second phase is already underway that will bring it right past campus. 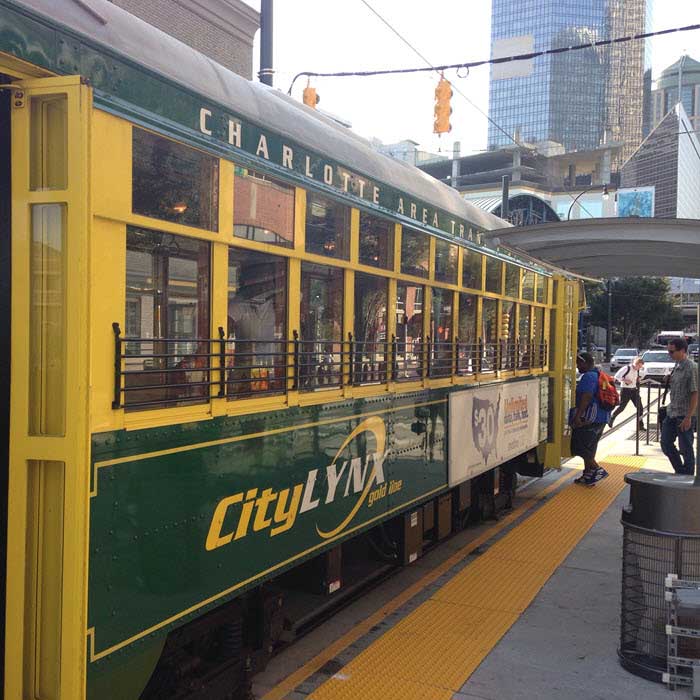 Where will the millions go?

One of Carter’s priorities over the past two years has been raising money. It’s been especially important as the campus has weathered serious financial problems and intense scrutiny from its trustees. Tax records show the university has run at a deficit since 2013.

The fundraising campaign, now in its final stages, will help.

The $150 million campaign, in the works since 2010, is in line with the $200 million campaign announced two years ago at UNC Charlotte. It’s also much larger than the university’s $64 million endowment. 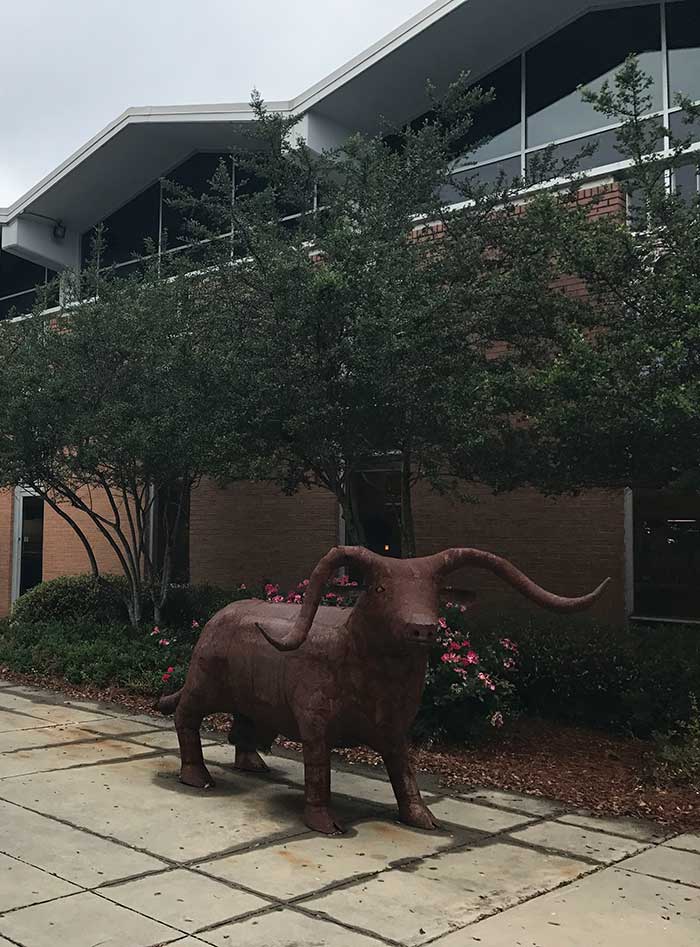 The largest portion — $60 million — is funding renovations to aging dorms and academic buildings in an effort to boost the university’s “curb appeal.” The money also helped create that new 62,000-square-foot science center.

Another $42 million is going toward student scholarships. Tuition isn’t cheap — more than $18,000 per year — and the university has regularly dipped into its pockets to help students who struggle to afford it.

About $41 million is being spent mostly on the faculty side, funding professorships, departments and courses of study.

The final $7 million would be unrestricted and used as needed.

If you go to campus today, you’ll notice that its grassy areas have been taken over by rectangular yellow signs. 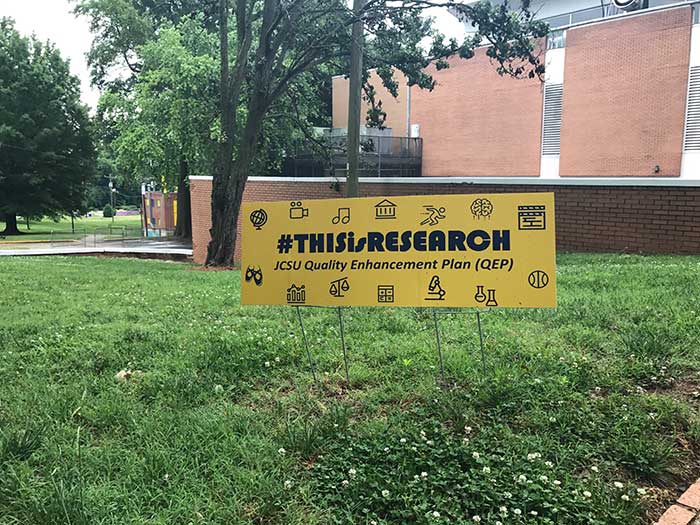 While Johnson C. Smith doesn’t have the Ph.D. programs that contribute to the classic definition of a research university, an initiative just now coming to fruition plans to imbue the campus with a culture of research at the undergraduate level. Through its history, Smith has been known primarily as a teaching college.

The “Quality Enhancement Plan,” as it is descriptively but unimaginatively called, has been in the works for several years now, but implementation begins this year and will last through 2022.

The point is to bolster and promote applied research — the type of projects top students would be attracted to and that provide experiences that will help students get jobs.

Some specific actions in the plan:

On the faculty side, the plan includes:

A lot of the plan hinges on the ability to bring in external money to fund research endeavors. 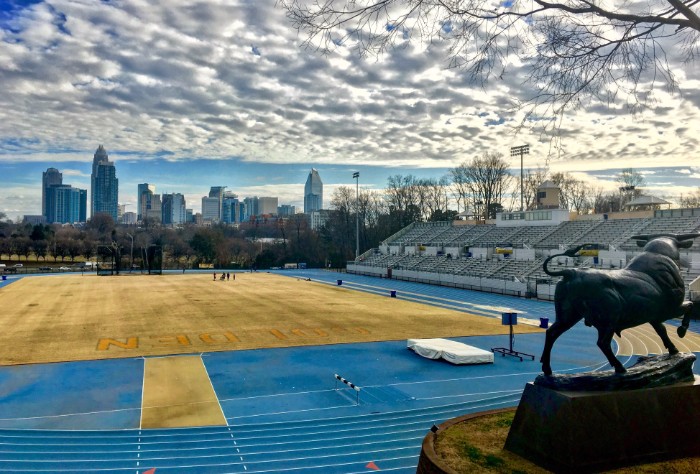 So, will Johnson C. Smith become a top-notch university?

The questions still to be answered are simple:

The next year could help Charlotte find the answers. 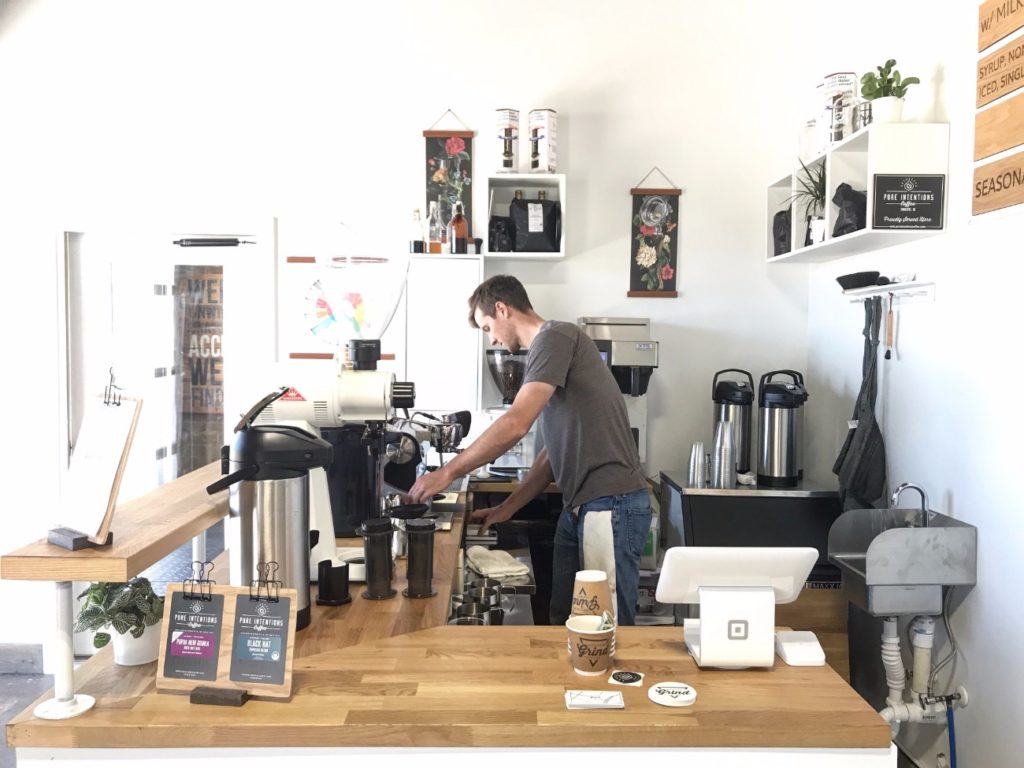