I have a confession to make: I love the McColl Center for Art + Innovation. I think the whole concept of importing talented artists into Charlotte and giving them the tools they need to engage with the community and create artwork is really unique and important.

Multi-disciplinary artist, Alix Lambert was an artist-in-residence at the McColl Center about a year ago, and her work from that time period is on display there now. The exhibit, which is entitled Prison Zoo and is on display through August 14th, examines criminality and the judicial system, which has been an ongoing theme of Lambert’s work through her mutli-city Crime USA project.

Alix is a jack-of-all-trades type of artist, and the current exhibition includes drawings, silk screen prints, paintings, and an animated short film that Lambert made while collaborating with some local artists. Lambert has also directed a few documentaries and written several books, many of which are on display at the exhibition.

I chatted with Alix over the phone this week to discuss her time at the McColl Center.

Axios Charlotte: So you were an artist-in-residence at the McColl Center last year, correct? How long was your residency?

Alix Lambert: Yeah, I was there about a year previous to the exhibition. I was there a couple of months. They give you a place to live; they have apartments there across the street from the center. That’s part of the idea of being in residence is that you’re experiencing what’s around the center. So for my work, which in this case was looking at criminality, part of their program is to work in the community, so that was something…you’d have to ask them about that, but that’s part of their statement.

CA: I really liked your courtroom drawings. So you spent some time in the Mecklenburg County Courthouse?

AL: I would go and sit in different cases. And listen to stories. You know, it’s people’s lives, but you’re paying attention to what’s going on. CA: Can you talk a little bit about how you became interested in criminal subject matter? It seems like that’s obviously been a theme of yours for a while.

AL: I do a lot of work that’s not about crime or not criminally oriented, but I think I’m interested in human behavior, and I think the morals of criminal activity has a magnifying lens on how human beings act and on us in general and how we behave.

I made a documentary on Russian prisons and once I had done that, there were a lot of people coming to me for criminal content or my reflection on crime. But I do plenty of work that isn’t criminally focused. I think I’m more interested in people than in the criminal act, which doesn’t particularly interest me in and of itself. CA: Were the experiences that you saw in the Mecklenburg Courthouse consistent with some of the other criminal stories that you’ve witnessed in the past?

AL: I would say there were more similarities than differences among cities. I’ve sat in on cases in upstate New York, Manhattan, obviously NC, and areas in Florida. I’ve done other stuff on the West Coast, like ride-alongs, but I haven’t done many courtroom drawings on the West Coast. You do see different stuff. CA: What are you working on now?

AL: I’m making a film, a documentary, about a filmmaker named John Palmer, who was murdered in 1972. 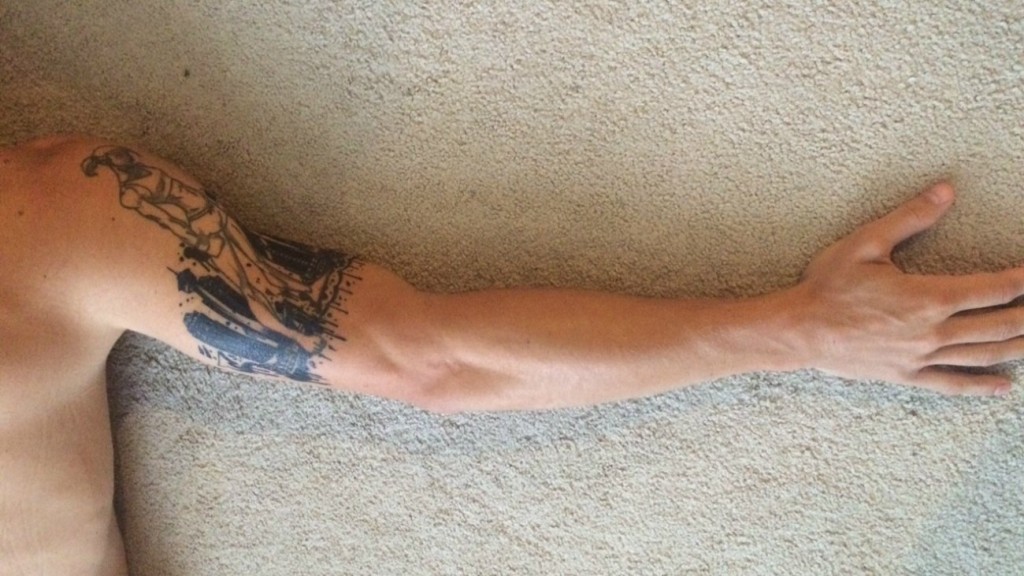 The story behind Kirk Dewaele’s tattoo