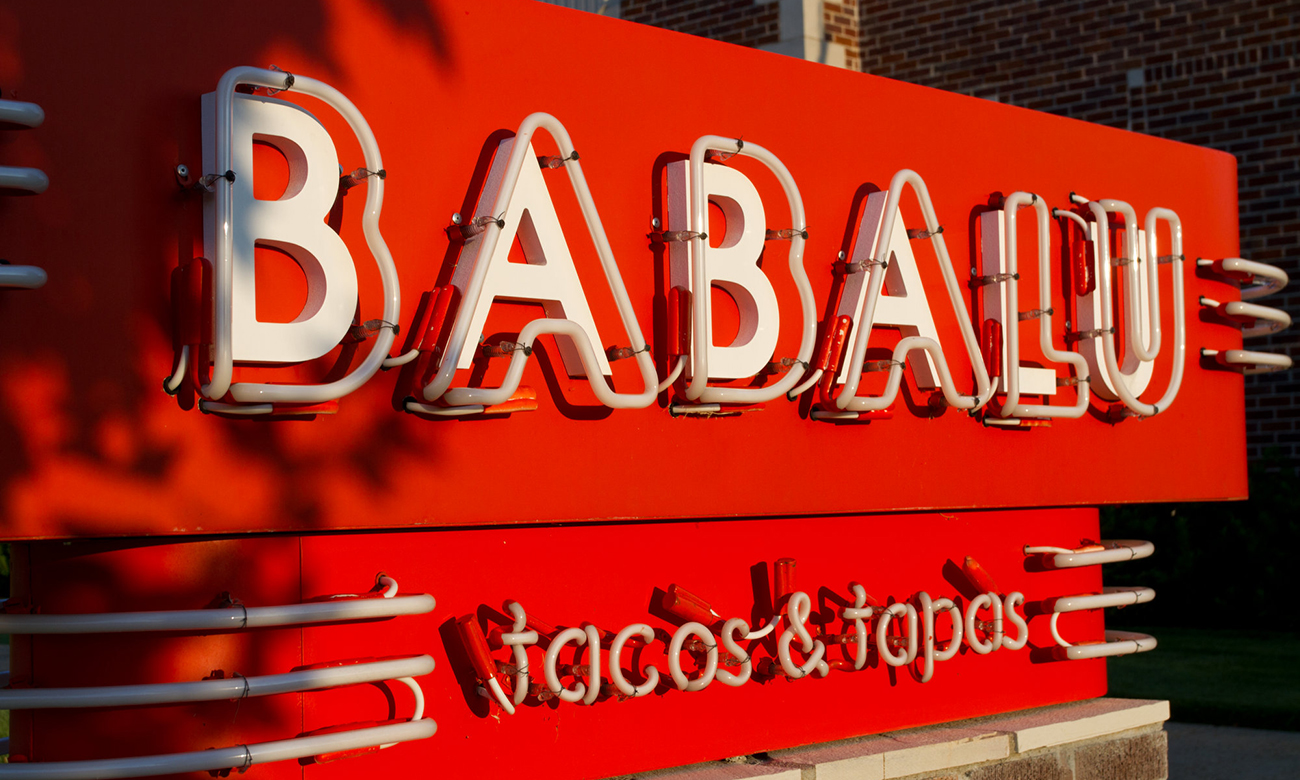 Last week CBJ announced that BABALU, a tacos and tapas restaurant originally from Jackson, MS had leased the old Cantina 1511 space on East Blvd. Their goal is to open in February of 2016.

We posted the news on our Instagram account and the excitement rolled in with more comments than we’d ever received and loads of likes.

Part of this is because many of you transplants were frequenters of the other BABALUs in Birmingham, Memphis, and Jackson, MS. Others of you got giddy thinking about tacos and tapas within walking distance and all of us were excited to see that something promising was going to fill the void of Cantina’s departure last year.

In a quest for more information, I dug deep and drooled over the Instagram accounts of the other locations. Then talked to co-founders Bill Latham and Al Roberts and listened hard while their southern accents, deeper than my own twang, explained everything we wanted to know.

“I’d say industrial, but my designer doesn’t want me to use that term anymore,” explained Bill. The owners look for locations in urban renewal areas with a sense of history – where the young folk live and play. It’s urban, minimalist, open-air, very casual and southern. “Think Soul with tacos and texmex,” explained Meghan Elliot, an Agenda follower and frequenter of the Birmingham location who I looked to for more real life deets on the joint. “They play old I Love Lucy episodes on a projector too. Great vibe.”

The owners pride themselves on using local foods and making everything fresh from scratch daily where they can. Every morning they squeeze fresh limes and lemons to make that day’s bar mixes, before each lunch and dinner shift they make blue corn tortillas from scratch, cook fresh and hold warm. It’s to the point that they don’t even need a freezer on site except for things like ice cream.

Locally sourced. Farm to table. Cliché or The Way?

While other BABALUs exist, this concept is far from what you might think of a traditional chain restaurant. The owners toss around “locally sourced,” “farm to table” and “tapas style” terms, but are quick to point out that they too agree these are overused phrases for restaurants trying to be trendy. For them instead, they describe their way as “culinary forward” where local food and small plates are simply a fact for the kind of operation that wants to deliver high quality food and attract the best chefs.

Picture yourself enjoying Chef Marcus’ Jerk-Seasoned Amberjack Tacos with Local Blackberry Garnish! @Babalums will feature a different fish and berry taco special every day during @jxnfreepress #jxnindyweek. We can’t think of a tastier way to qualify for the $350 gift certificate package. Remember to tag us in your selfies! A photo posted by Babalu Fondren (JXN) (@babalujxn) on Jun 30, 2014 at 12:17pm PDT

BABALU is actively recruiting local talent who bring with them knowledge and connections to the regional food scene. They want to empower the chefs to explore the areas best produce and unique food traditions to create dishes that reflect the best parts of each location. “We want high quality chefs at BABALU and those types of chefs want the freedom to create – to participate with the local farm scene and create high quality unique plates.”

They claim they have been miscategorized in the past. While table side guac continues to be one of their most popular dishes and tacos are part of the menu, they want to make clear that they are not a Mexican restaurant or a typically spanish style tapas spot. They set out to make shareable plates with a regional inspiration. So instead of spanish olives and charcuterie, you may get fresh Pan Roasted Redfish with Rostï potatoes and smoked corn pico de gallo or Braised Beer Short Rib with Delta Grind grits, black eyed pea salsa. You can drool over it here. Meghann’s top picks: “Tableside guacamole. Get everything they offer in it. #yumtown Their cheese grits are pretty off the chain, and the tuna tacos are delicious.”

It’s #NationalGuacamoleDay! First person to name the ingredients in Babalu’s guacamole will win a $25 gift card! (Hint: check the menu on our website) A photo posted by Babalu Lakeview (BHM) (@babalubhm) on Sep 16, 2014 at 9:38am PDT

Surprising myself, we actually didn’t dive too deep into the boozy bar sitch – after they told me about the fresh daily squeezed mixes, I started to daydream and trusted these mixologists knew what was up. And these pictures, 1000 words…

Pineapple jalapeno margarita with infused pineapple and candied jalapeno… Come and get it!! A photo posted by Babalu Fondren (JXN) (@babalujxn) on Sep 8, 2014 at 1:26pm PDT

“I promise you will not recognize the interior or exterior when we finish our renovations,” claimed Bill Latham.

The renderings of the new space aren’t ready to share as they are still tweaking things, but they did disclose they’ll have two patios – one in the front and one on the side. These high tech outside areas will be climate controlled with a retractable roof. The side patio will have sliding glass or a garage door to enclose the space when needed. Oh and they’re gutting the whole thing, so there’s that too. 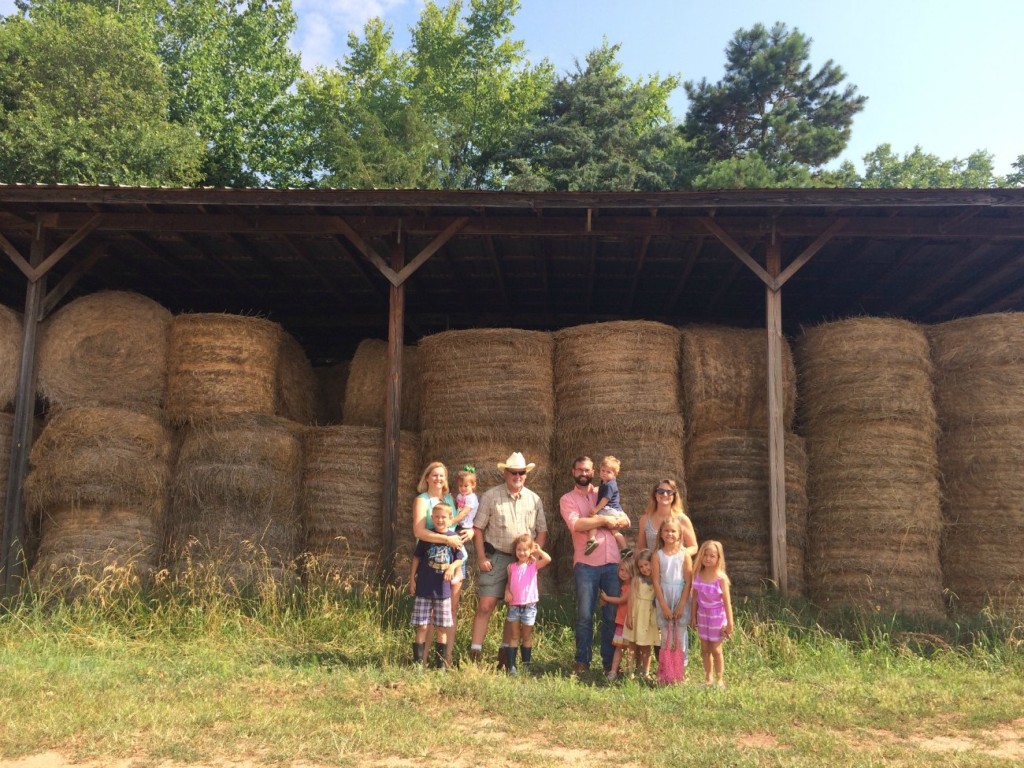