Op-Ed: I’m tired of hearing the dog-whistle of “social engineering” in school assignment 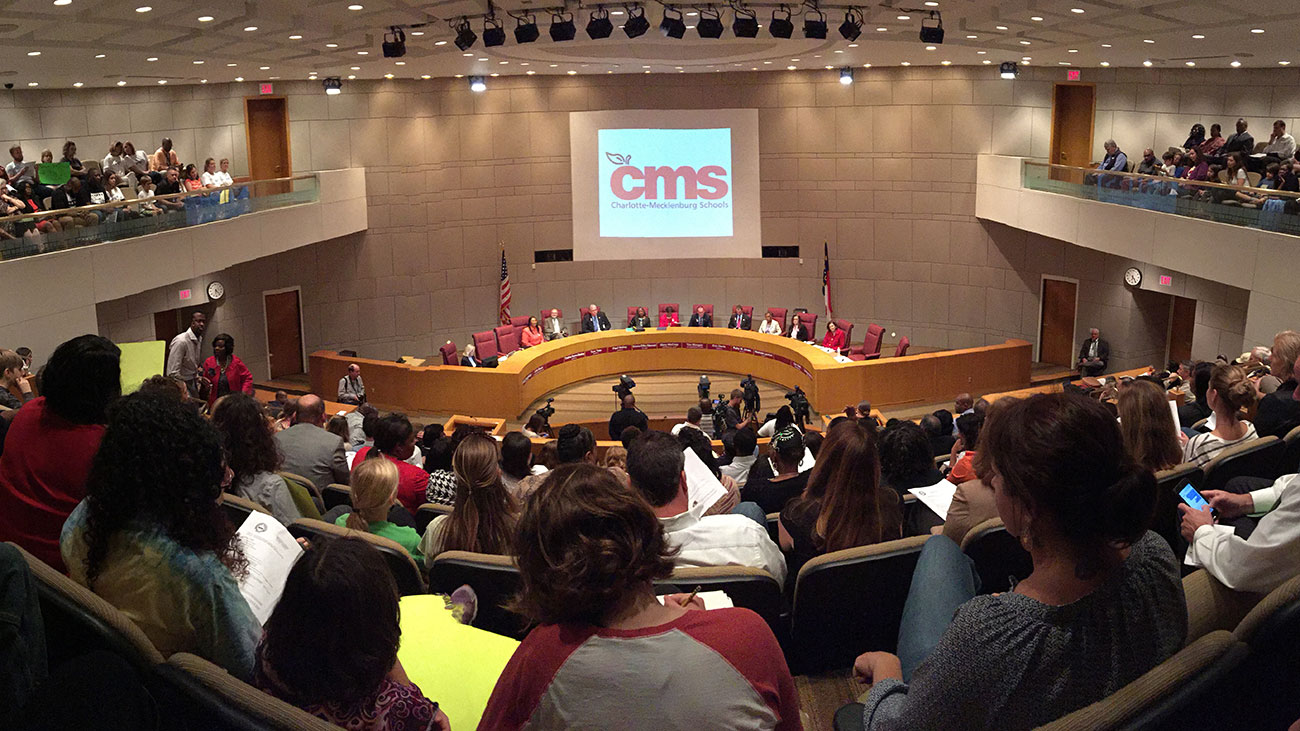 N.C. lawmaker and Charlotte-Mecklenburg Schools parent Scott Stone was recently quoted using the common dog whistle of “social engineering” in a means of resisting even moderate change to a status quo built upon systemically oppressive practices.

“Superintendent Ann Clark appears to be engaged in legacy building, with a particular focus on social engineering within our schools,” he said in a public statement about a recently unveiled plan to change how students are assigned to schools.

If you want to understand social engineering in Charlotte, I suggest listening to historian Tom Hanchett describe the redlining and other real estate practices that helped design Charlotte like many other U.S. cities. 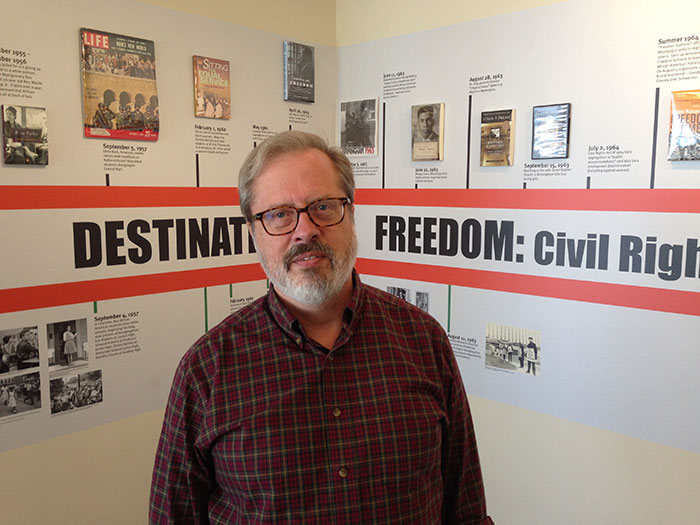 A city that was naturally integrated with blacks and whites living in direct proximity with each other following Reconstruction was socially engineered with the use of restrictive covenants stated that the “property only be sold to members of the Caucasian race.”

[Agenda story: How Charlotte came to be a segregated city]

Many of our most prominent neighborhoods were built on these types of practices. Myers Park found this out in 2009 when homeowners found language in their deeds like “This lot shall be owned and occupied by people of the Caucasian race only.”

In addition to restrictive covenants, redlining practices were used to determine the most and least desirable prospective residents based purely on ethnicity. The two groups listed at the bottom were blacks and Mexicans.

People were steered, resell values were determined, and loans were approved or not based largely on the social construct of race. When the Brown vs Board of Education decision came down in 1954, Charlotte was recognized as one of the nation’s most segregated cities based in large part of the social engineering its neighborhoods with the use of racial covenants and redlining.

This ubiquitous segregation ultimately led to the use of busing to desegregate schools in 1971’s Swann case. While many social engineering opponents criticize this, there is engineering they support.

While many social engineering opponents criticize this, there is engineering they support.

One cannot claim to be a proponent of “neighborhood schools” and an opponent of social engineering because there is little that is more socially engineered than our Charlotte neighborhoods.

I cannot be an opponent of social engineering and say, “I do not have a problem with school diversity, but we are segregated because of our neighborhoods” in one breath, and then break out the “Not In My Backyard” sign when workforce housing is proposed in proximity to my house.

What many people do not understand is that our so-called neighborhood school boundaries have not been built on proximity; they have often been built on real estate.

They have been built on lobbying from developers and members of the community with privilege. People often live in areas where those who own homes have different assignments than those living in rental properties.

If we are going to use the term social engineering, let’s have a real conversation about its full extent. Redlining has not ended. We simply have learned to use our schools to do it now.

While change brings about natural anxiety, I think it is important to acknowledge what our angst is about.

There are certainly parents who want a clear understanding and are willing to do the work to make change that will benefit the greater community, not at the expense of, and often to the benefit of their children.

However, there are others who simply seek to maintain the status quo at all costs even if it means state legislators attempting to overstep, threaten a local school board, and attempt to derail local government operating in its own lane.

For folks who merely seek to derail and maintain the status quo, let’s stop using dog whistles like forced busing (something that has never been requested) and social engineering, and speak more directly about a desire to preserve socially engineered inequitable existences.

Let’s speak truthfully about children who at times are merely pawns in a real estate game of potential property value. There are different categories of resisters and the differentiation needs to be acknowledged and not passive-aggressively denied when called on it.

Our social engineering in Charlotte in the last two decades has created concentrated poverty with results that have been documented ad nauseum locally and even nationally.

I will again challenge the families, realtors, and members of the community attempting to preserve 10 point Zillow schools that are economically homogeneous to have some real conversations with the students in them about all of what is taking place in those schools.

Talk to them about the rat race, the self-medication, the disconnection that many of them and their peers experience. Again, if a school is a perfect 10, these things are not prevalent. The rhetoric in some of these discussions needs to change.

No one is asking you to sacrifice your child for the sake of others. Instead, I am asking this community to stop sacrificing our children, rich and poor, in hopes of socially engineering property values. 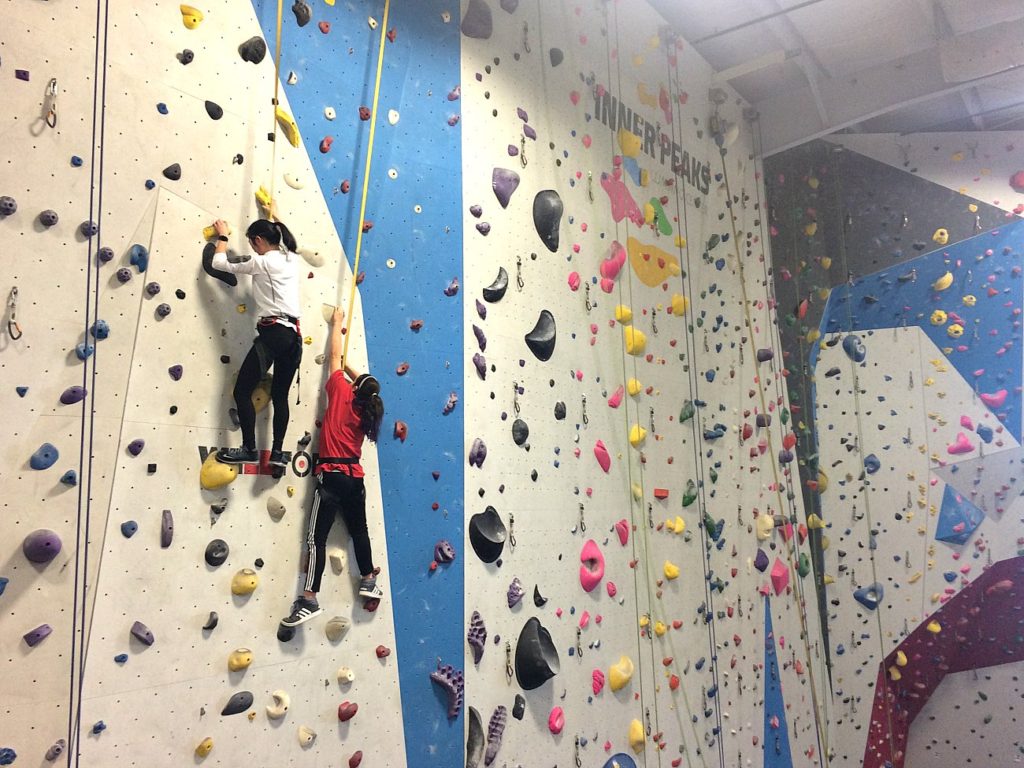 by Virginia Blanton
Most Read
1
Kid Cashew on East Boulevard sets its opening for mid-January
2
Hello Friday. Charlotte Recycling Plant.
3
Starbucks on East Blvd will start to serve wine after renovations
4
Bleu Barn Bistro takes food from farm to food truck
5
May I smell your beer? 26 days without drinking
Most Recent Open Jobs