Before and after: A 1950s Myers Park home gets a major kitchen upgrade When Colleen Paulsen and her husband bought their Myers Park home in 2014, they knew that the kitchen was something they’d eventually want to update. The house was built in the ’50s and while there were plenty of areas that could use a refresh eventually, they knew that a full kitchen remodel would immediately breathe new life into the entire home. 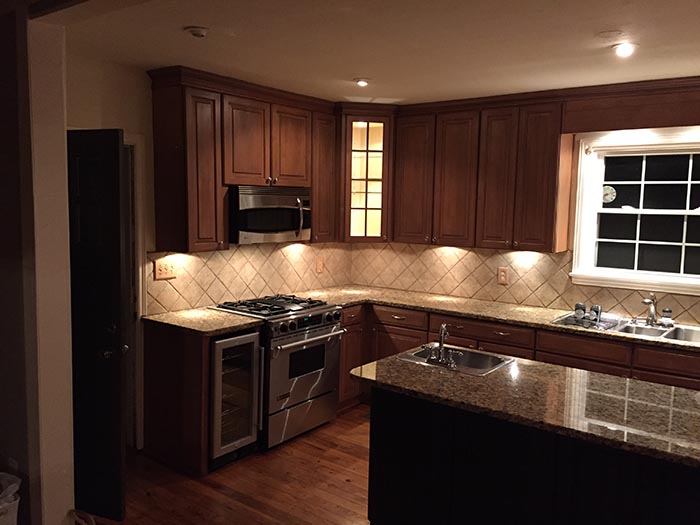 First things first: appliances. As Chip Fincher with Queen City Audio Video & Appliances explained it, “Everything is built around the appliances. We’re on the front end because nothing else can go forward until appliances are selected — people come here before they’ve even dug a hole.”

For Colleen’s family, they wanted something that was both aesthetically pleasing but also functional. And being realistic with their budget, they wanted “nicer” appliances but also didn’t want to go with the highest end option.

“That’s where Queen City came in,” said Colleen. “We walked through with Chip and he really helped us select what was right for us, which ended up being the mid-range KitchenAid.”

With the appliances selected and local designer Jess Ebert of Four Stories Interiors able to weigh in on the interior design, the Mills Eloge team start the process of total gutting.

With two young kids, having a house stripped down to the studs is not the easiest to deal with, but the Mills Eloge crew completely sealed off the construction area and helped them to set up a useable “home base” in the front of the house.

“A lot of microwave and crockpots,” Colleen laughs about their mid-renovation meals. 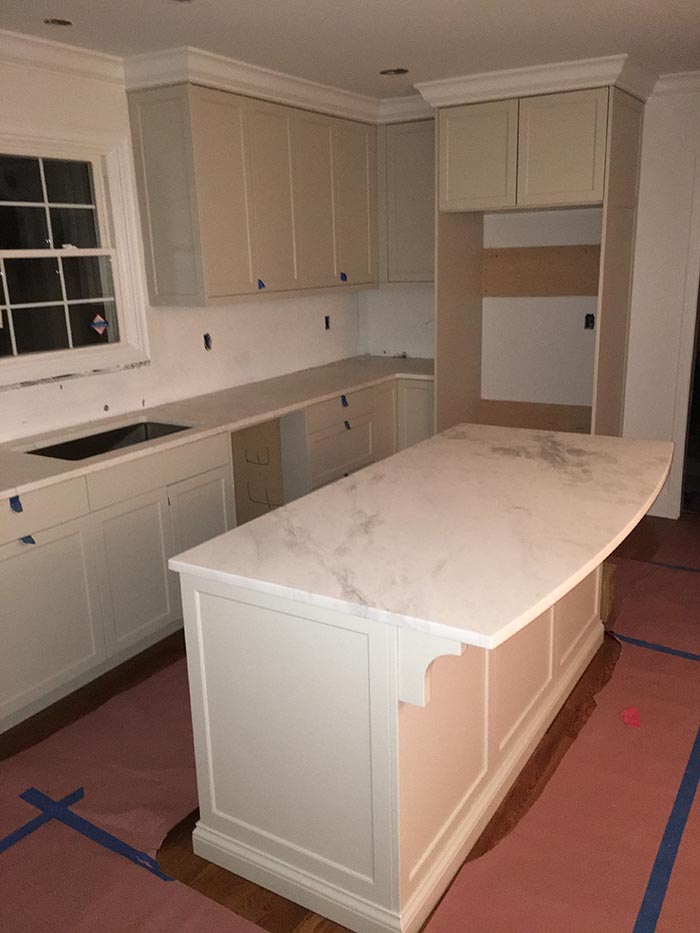 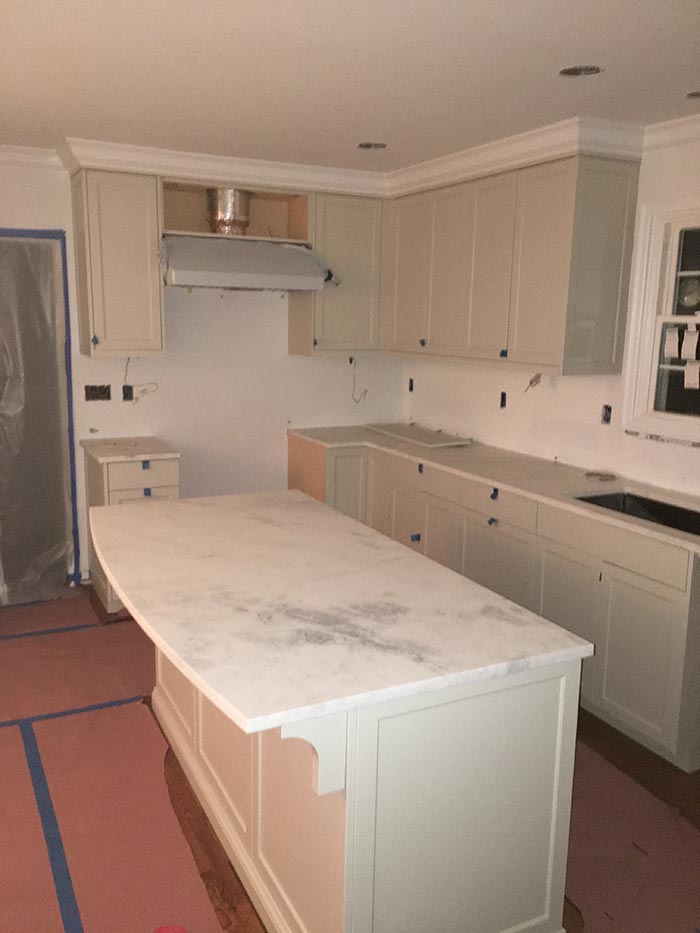 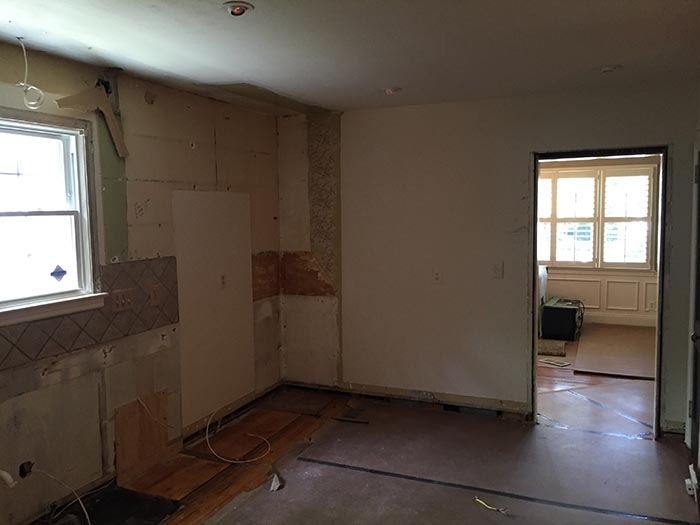 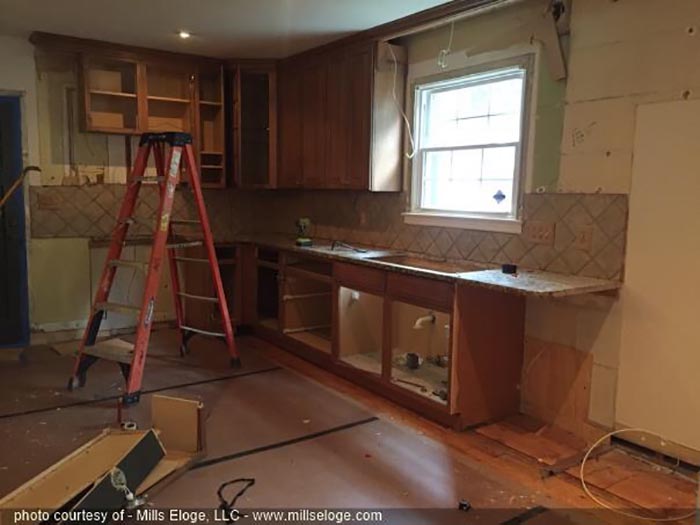 A few months later, Colleen’s vision for the room came to life, complete with brass accents and marble countertops. “I know it might etch and scratch,” she says of the countertops, “but over the years it will show wear and tear and still be beautiful. We haven’t had any major spills yet! My hope is that down the road they’ll tell a story.” 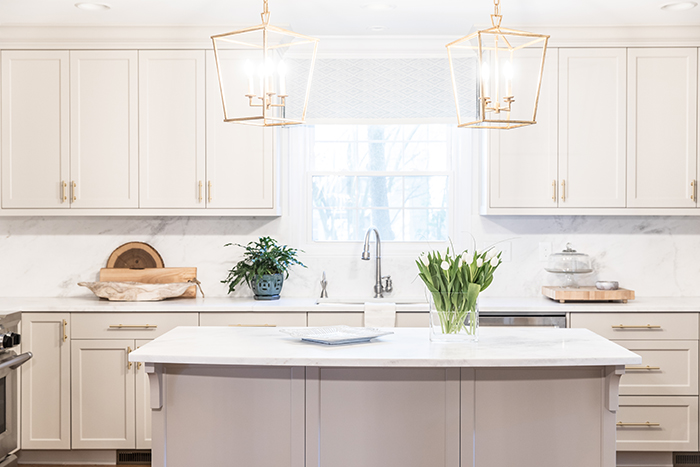 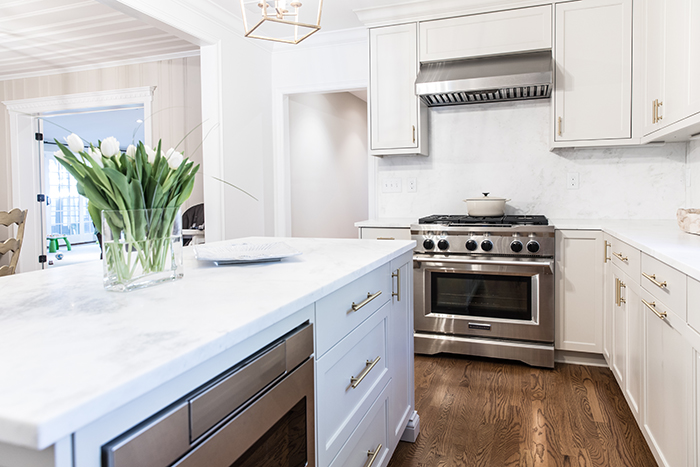 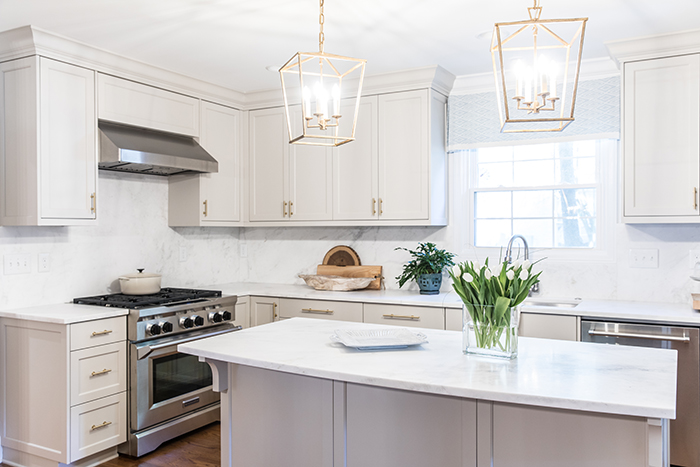 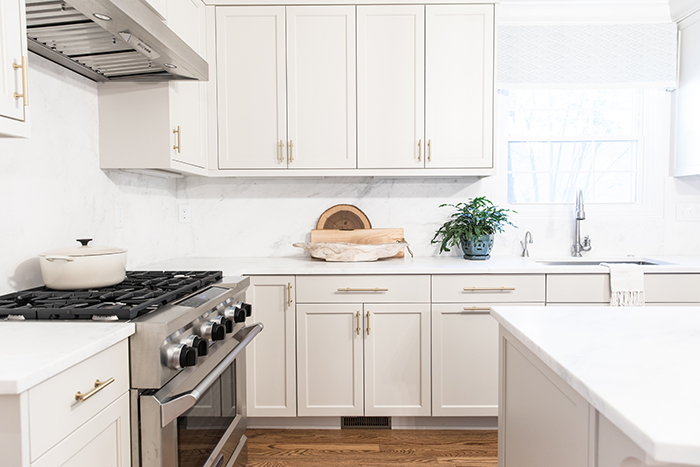 All “after” photos by Laura Sumrak. 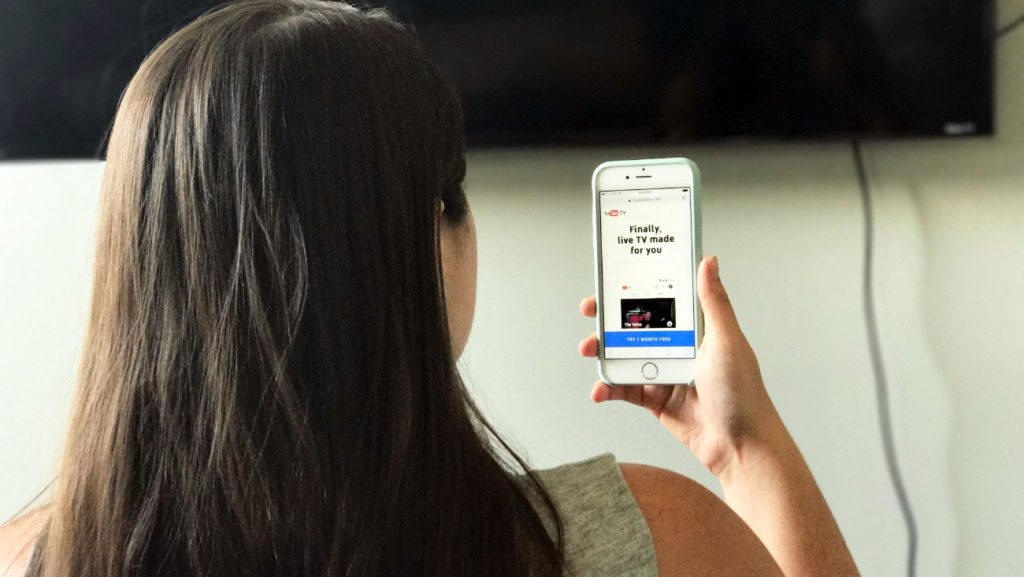