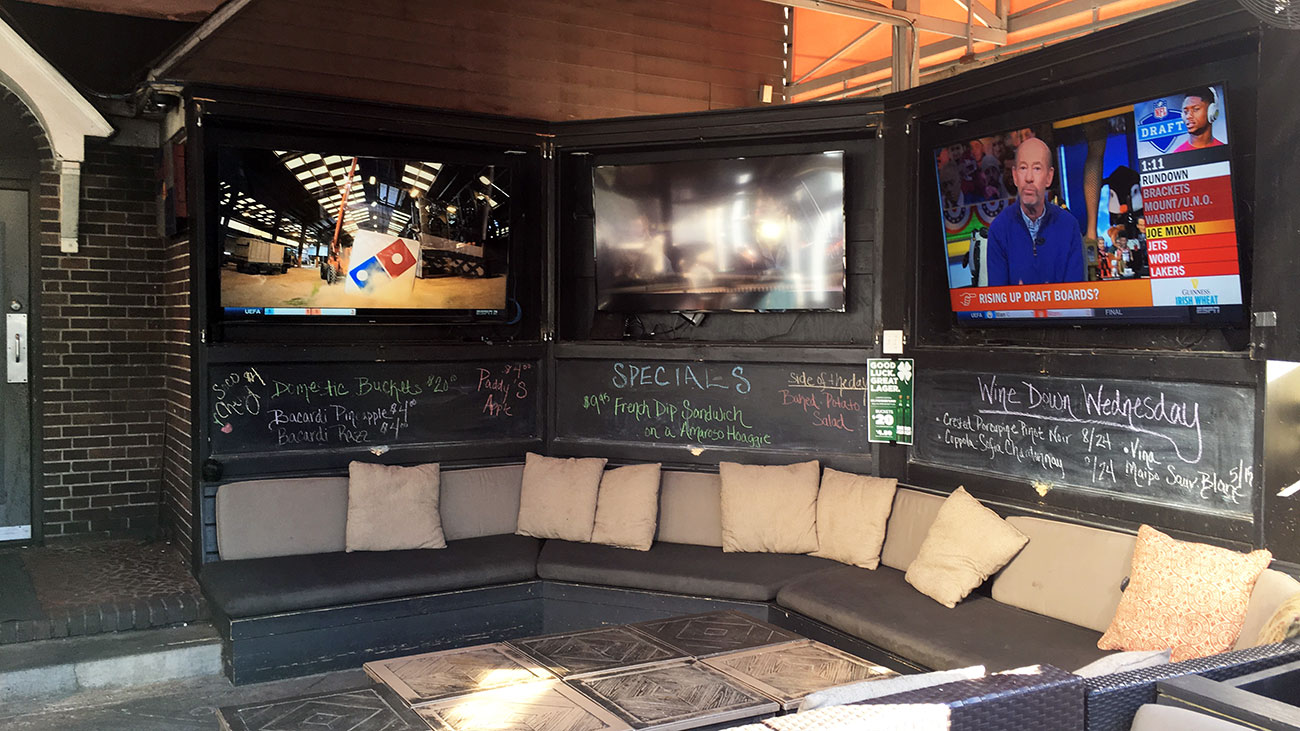 Jim Foster was standing in line to check out at Harris Teeter when the 30-something man in front of him glanced backward. A flash of recognition passed over his face, and he addressed his two toddler children.

“You need to thank this man right here,” the young father said, gesturing toward Foster. “You wouldn’t be here if it weren’t for Selwyn Pub.”

Turns out the man had originally met his wife at Selwyn Avenue Pub, the Myers Park staple and one of Charlotte’s most renowned watering holes. Now he’s passing down its lore to a second generation.

For Foster, the pub’s proprietor and a business professor at Queens University of Charlotte, this encounter at the supermarket embodied everything he wanted to accomplish.

“One moment like that in a career is enough for me,” Foster said.

But there have undoubtedly been many more. In this manner, Selwyn Avenue Pub has cultivated a clientele of all ages. Toddlers clamor for take-out. Young adults crowd the patio late into the night. Michael Jordan makes regular appearances. And until he died at the age of 92, an old man stopped by each day for a single round of Scotch and stories.

How did Selwyn Avenue Pub manage to simultaneously be cool to both young people and Baby Boomers? Where did the young people come from?

They’re the children of the bar’s original patrons, Foster says. “We hook them on pizza,” he said. 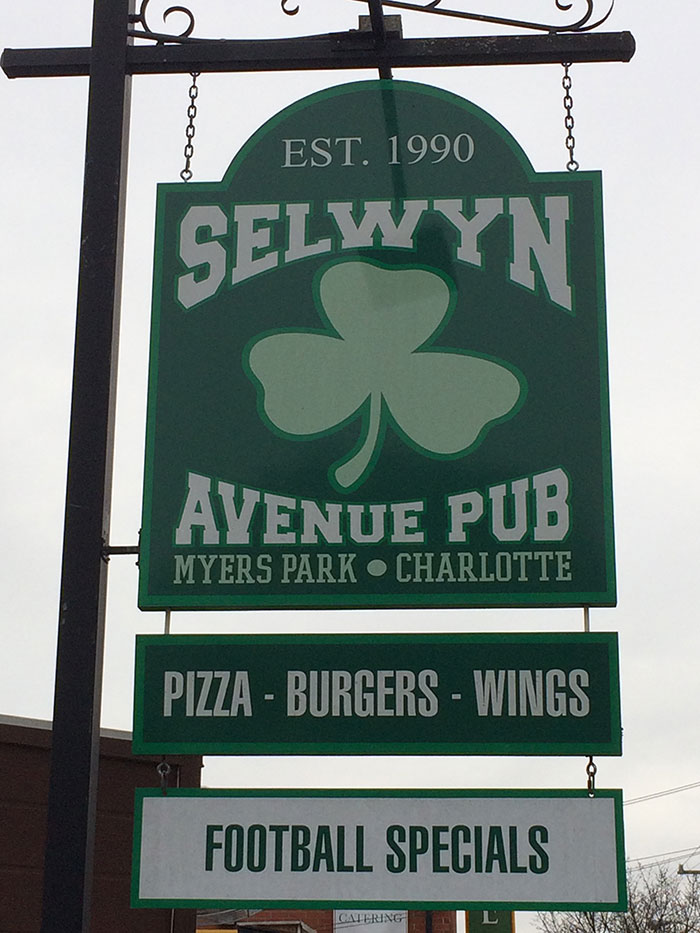 Selwyn Avenue Pub was established in 1990 in a what was an old house on the eastern edge of Myers Park. Foster knocked down a few walls and installed a patio. The business has changed very little ever since.

In many ways, it’s blissfully old-school. There is no official website or Facebook page. They don’t serve experimental brews or fanciful cocktails. One of the most common orders is the $5 Blue Moon special.

“Our business plan is straight from the 1880s and our marketing plan is, too,” Foster says.

But in other ways, Selwyn Avenue Pub has been pleasantly adaptable. The bar was one of the first to put in heaters on the patio. Now they’re ubiquitous across the city.

They also installed giant 130-pound TV sets on the patio before outdoor viewing was common or, honestly, practical. 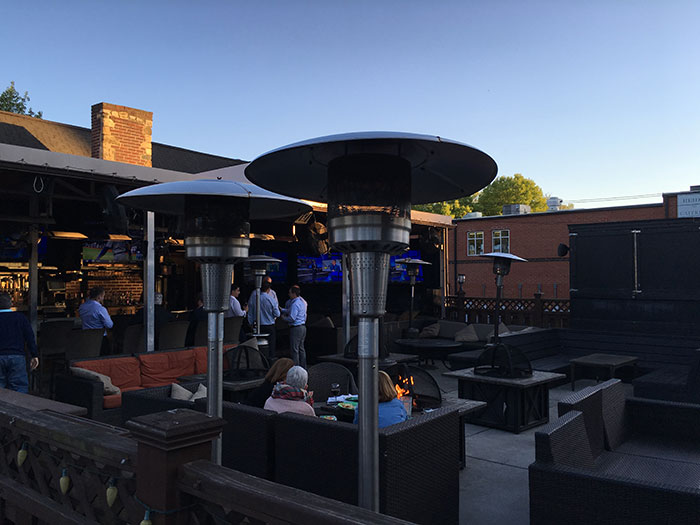 In Foster’s mind, Selwyn Pub is not the main event itself, rather, it exists in the space between things. It’s the place people go before a night Uptown, or to unwind after the Dave Matthews Band concert.

“If you want to be part of the world’s largest cornhole tournament, you can’t do it at Selwyn Pub,” he says.

Foster regularly calls the vibe “Myers Park casual” and says he creates a diverse offering of products so that nobody in a group of friends would veto the place. “We’re the pair of khaki pants in the middle of mayhem,” Foster says.

And yes, that group of friends could be 22 or could be 52. Sometimes on the same night. Foster says he’s heard older customers say they have to be home by 9 p.m. because their kids want to come to Selwyn Pub but wouldn’t want to be caught cavorting with mom and dad.

“If you just listen to the customers and give them what they want, then you don’t have to sell them on anything,” Foster said. 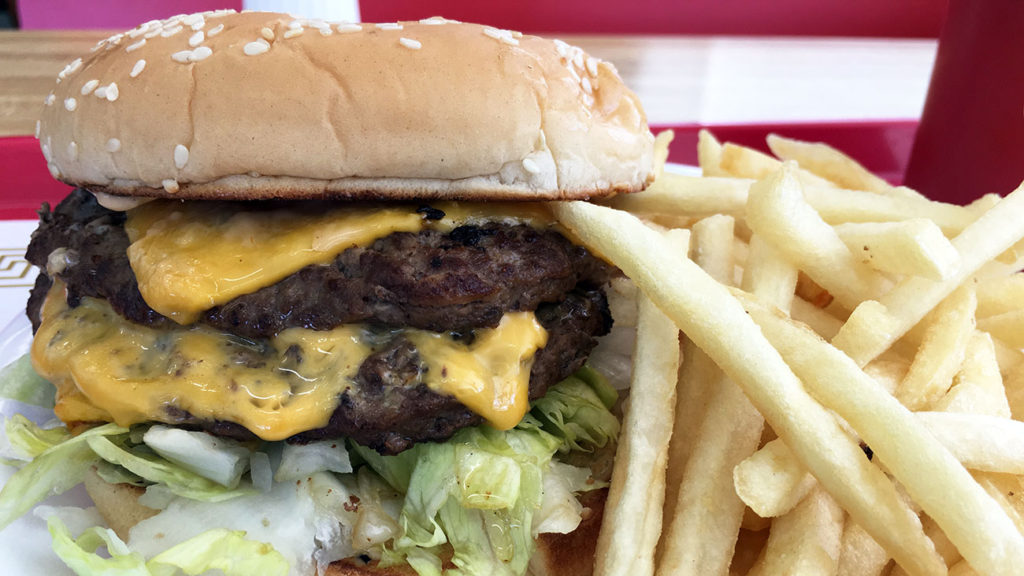 You can’t call yourself a Charlotte burger lover if you haven’t crushed this double patty, old-school cheeseburger at Zack’s Hamburgers