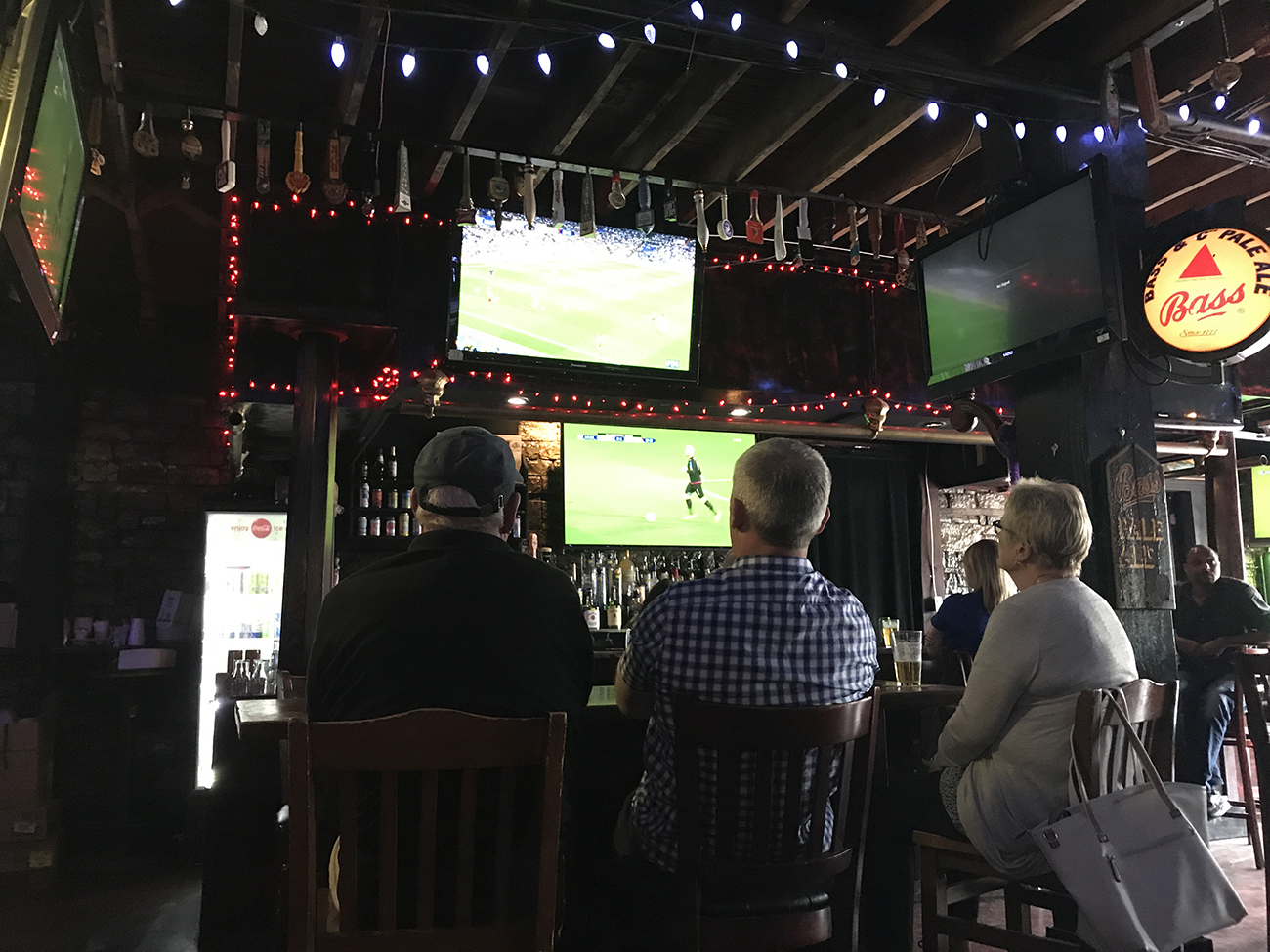 Business at the old location dropped precipitously after a story ran about a rezoning project in Elizabeth that will eventually involve the demolition of the old Jack’s space, along with the former Philosopher’s Stone, to make room for apartments. Nixon wanted to keep the business open as long as possible rather than lay off employees and say goodbye to regulars, but the cost was significant.

But rather than close down Jackalope Jack’s for good, Nixon is keeping the vibe and the name of the 21-year-old bar alive in Plaza Midwood. The menu, which is distinct from Peculiar Rabbit, will offer some old staples, too, though the bar operates as a private club and Nixon said patrons can bring food from neighbors like The Diamond.

The new Jack’s will also cater to soccer fans, a staple element of its old location. Even on a slow Tuesday earlier this month, a dozen soccer fans were perched around the TVs to watch a match.

“If you look at it, it almost feels like a mini-Jack’s,” Nixon said.

The new spot hasn’t exactly returned to the previous revenue Jack’s earned during its heyday, but Nixon said crowds are improving each week, and word of mouth should help moving forward.

“It’s going to take about six months before it really takes off,” Nixon said.

For the months of May and June, Nixon said Jack’s will roll back prices to their original 1990s menu, when Jack’s first opened, with $4 drafts and $2 bottles.

The landscape of the bar business has changed dramatically since Jack’s first opened in Elizabeth, with apartments pushing many small business out and breweries adding massive competition. In Plaza Midwood, however, Nixon sees ample opportunity to build a loyal fan base.

In fact, he’s investing more into the neighborhood with the addition of Midwood Bomber Bar, which will have a 1940’s-era feel.

The buildings were originally constructed as army barracks during World War I as part of Camp Greene and were moved to their current location in 1956. Nixon wants to maintain that feel by embracing the ’40s theme. 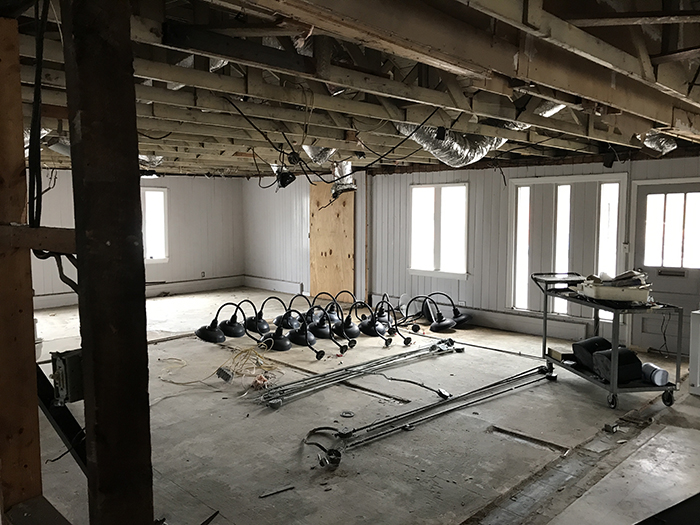 “We’ll convert the buildings back into military barracks with a bar,” Nixon said. “We’ll paint it olive gray and put rivets in it. It’ll be a good look.”

Murals and artwork, along with vintage military gear will decorate the interior, which is currently vacant and awaiting a survey — something that hasn’t happened since the building was last moved, since it’s been owned by only one owner since.

The plan is for a small deck out front, vaulted ceilings inside and a manifest of soldiers who stayed at the original Camp Greene barracks to adorn one wall.

Nixon said he hopes the new bar serves as a way to step back into history, just as he’s doing with a different era at Jack’s. And while the constantly changing landscape of Charlotte forced him out of Elizabeth, he said he’s thrilled to be building business in Plaza Midwood now.

“On a Friday or Saturday, 10,000 people might be walking around,” he said, “and we have the best neighborhood in Charlotte.” 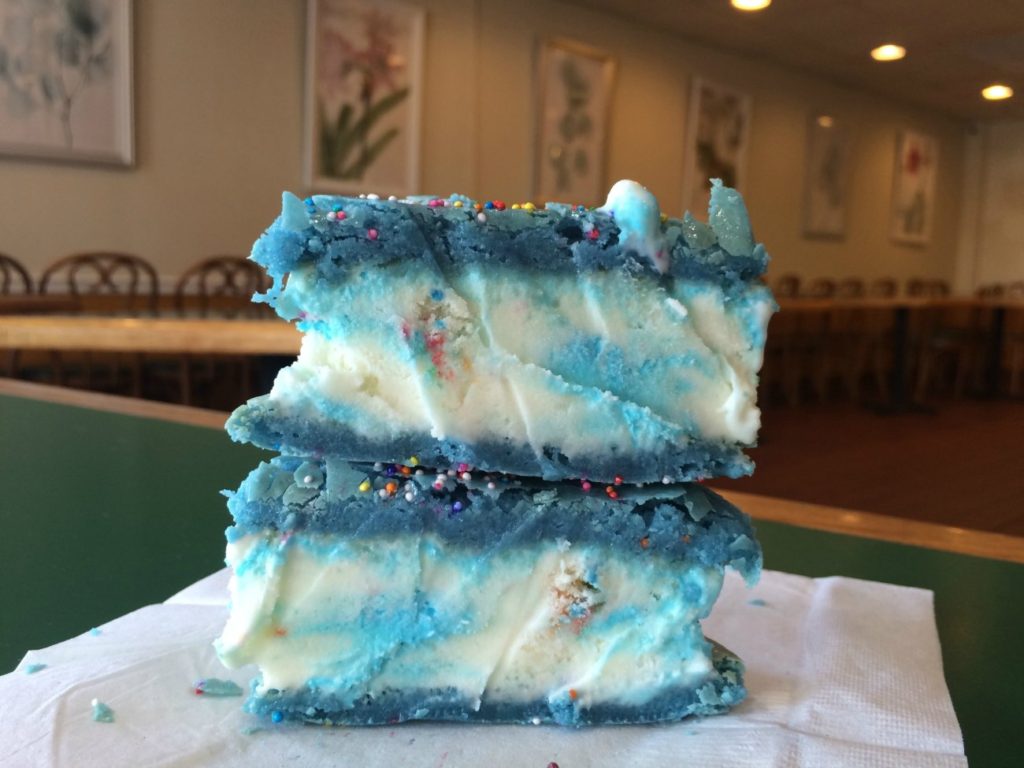 Move over, craft cocktails. Craft sweets are having a moment, and these are the five you need to try