It all started with Essex. I told my friend, Sarah, I would be celebrating my fifth wedding anniversary Uptown, and she told me I had to try Essex.

Specifically, I had try its warm Brussels sprouts Caesar salad.

So I went, and I did, and it was delicious.

I texted Sarah a picture of my the Caesar salad. (Don’t all friends text each other pictures of salads?)

She started rhapsodizing about the beauty of Brussels sprouts.

Turns out, Essex has the third best Brussels sprouts dish in Charlotte.

And so a night dedicated to Brussels sprouts was born.

We would go to the other five best locations (Essex having been already sampled), and bask in the glory of Brussels sprouts.

I live a very exciting life. 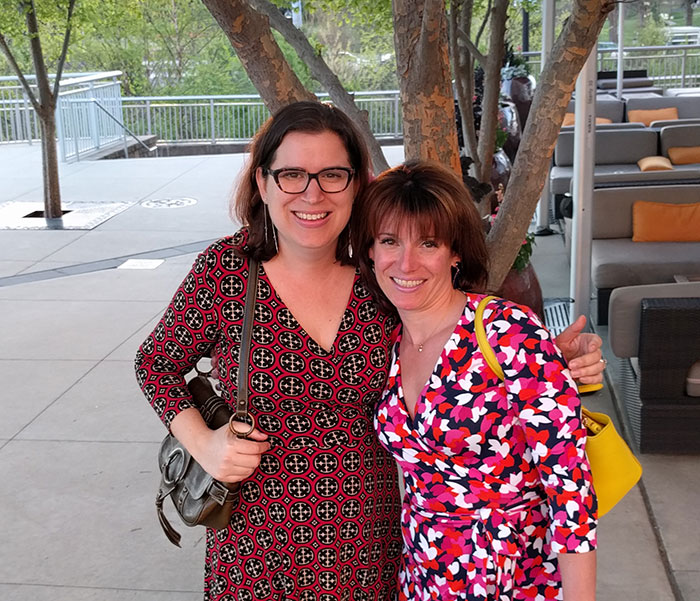 I love Futo Buta, and our Brussels sprouts experience did not disappoint. It was crispy and delicious and it moved on its own accord. (I have video. It’s a thing.) We paired it with a sake flight. Yum! 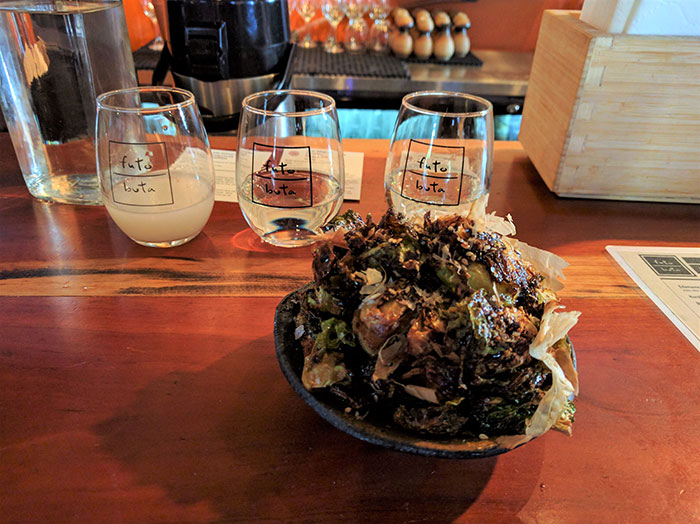 Oh Fern, you are so pretty on a spring night, and your Brussels sprouts are my personal favorite. That’s right: This was my winner. Our friend, David, described the dish as “The Reese’s Pieces of Brussels sprouts,” which was both wildly inaccurate and totally correct. 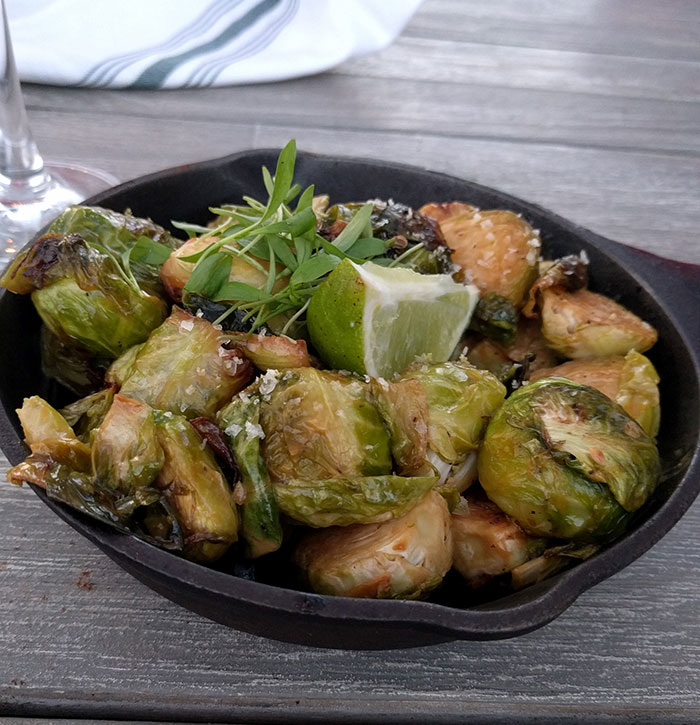 Next up was Bistro La Bon. We drank prosecco! We saw the mayor there! We ate French Brussels sprouts! I lounged on the couch and felt fancy! 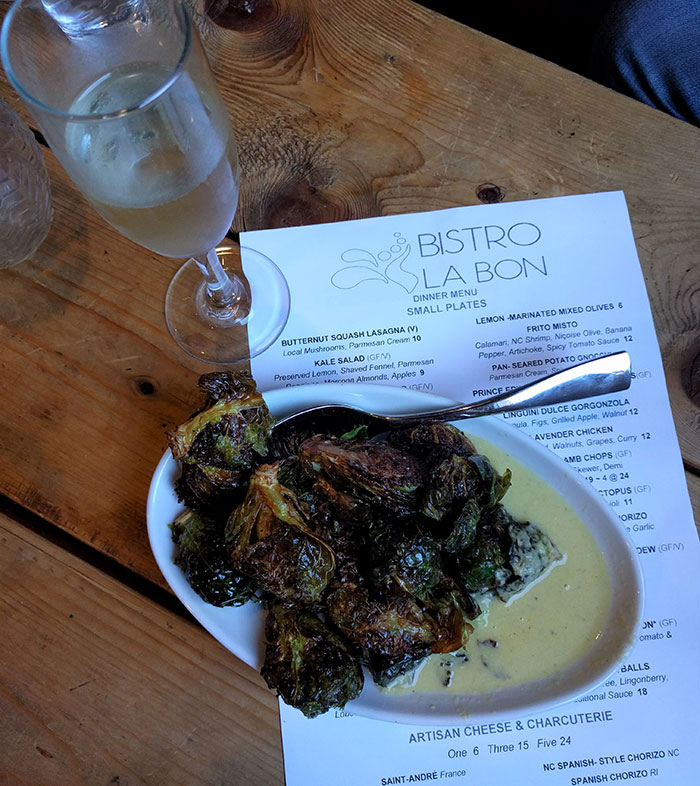 At Vivace, I took a few bites of Brussels sprouts and then felt compelled to take a startlingly large number of pictures including but not limited to selfies.

And then it was time for Foxcroft Wine. According to Sarah these are the best Brussels sprouts in Charlotte. Number one on her list. The tip of the top. Gold-star and blue-ribbon winning. (You get what I’m saying here. She really likes these Brussels sprouts.)

And since I had killed my dish at Fern and was totally full, I was like, “How many Brussels sprouts are too many brussels sprouts? Oh man, I’m not sure I can do this.” But I am a champion. A Brussels sprouts warrior. And so I could, and I did. (And it was really good.) 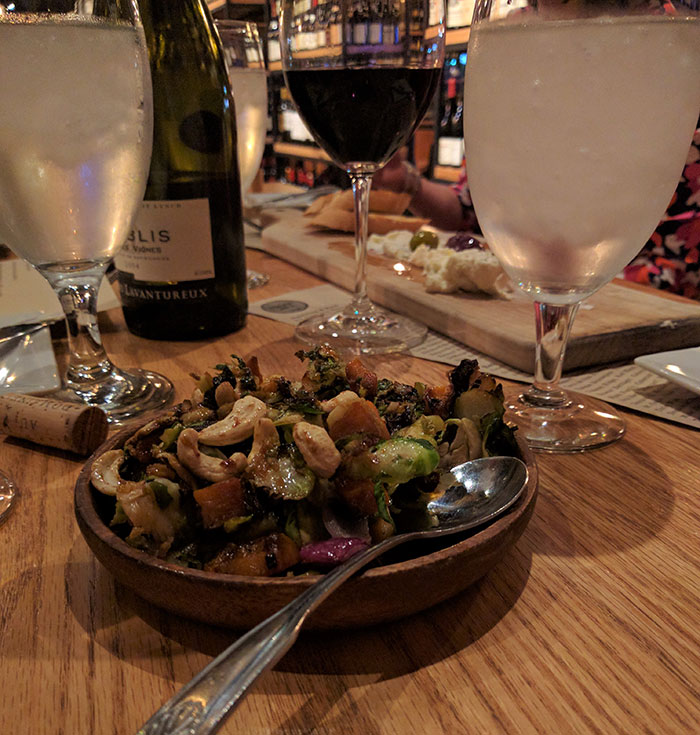 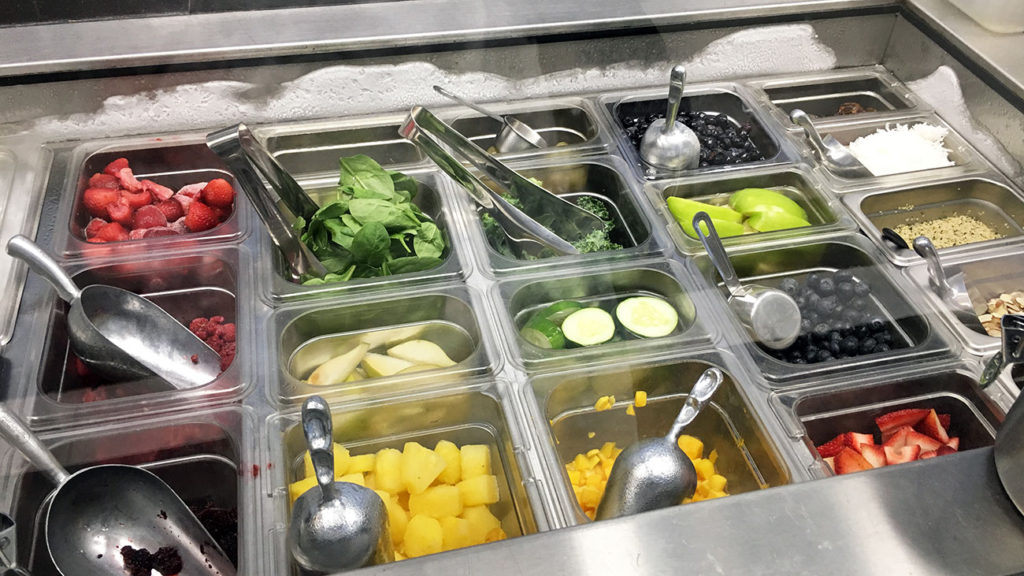