It’s Ted’s birthday. As much as he may seem like a dad who loves golf, avoids live music, goes to bed at 9:30pm, thinks Panda Express is “healthy and fresh,” spells words wrong all the time and carries his 5th grade backpack around, he is actually… nope, he’s that. He’s exactly that.

But he’s also one of the smartest people I’ve ever met who, in a very short time, has taught me a whole heck of a lot about playing big, doing what you do best, prioritizing what matters (pro tip: it’s not page views), taking big risks and tolerating no crap. So happy birthday, Ted. We’ll all be out drinking without you after you’ve gone to bed.

Is Charlotte the best place in the USA for “Millennials”?
Ted and I have a strict NO MILLENNIAL rule when it comes to talking about our audience, not because that’s not who a lot of you (and we) are but because the hype around our cohort is exhausting and out of touch. Nevertheless, @thetrolleywalk provides a straightforward look at why Charlotte is the perfect place to be 22-35 years old right now.

Thank you Charlotte – Why I’m so grateful for this city
April shares the heart-wrenching but hopeful story of how friends and strangers alike stood by her during her mom’s battle with cancer to create one collective community Christmas gift that, just like her mom, will never be forgotten.

House of LeMond curates second-hand fashion so you can stay dapper, my friend
When he was 12 years old, LeMond Hart was the first on the scene to find his mom murdered in their West Charlotte home. Today her portrait hangs on a central beam overlooking his second-hand men’s clothing shop in Noda, a reminder of where he came from and motivation to get where he’s going.

18 ways to spend your weekend days in Charlotte this summer
Liz has a solid list of things to do this summer that don’t involve the expected NASCAR, USNWC or Crowder’s Mountain excursions. I’ll just be penciling all of this into my calendar now…

If you like cheap old stuff, stop skipping Hidden Treasures on your way to Sleepy Poet
Random trinkets abound in this often overlooked vintage shop on South Boulevard, aptly named Hidden Treasures. I pulled a hard U-turn the first time I spotted it and found some winning stuff on my first pass.

Neighborhood Theatre’s new mural is to be an acknowledgment of the past and a nod to the future
Local artist Will Puckett is at it again creating public art and Collin has the details on the latest mural going up on Neighborhood Theatre. The piece will take more than a month to paint and you can watch it all unfold on video streamed live from Smelly Cat.

Piedmont Social House update: It’s open and it’s remarkable (12 photos)
Jason spent some time at the now open Piedmont Social House in Ayrsley and it’s not the washed out Dave & Buster’s he thought it might be. The 23,000-square-foot grown up playplace has 3 bars, 43 screens, 12 bowling alleys and more.

Charlotte Motor Speedway and other NASCAR tracks disassociate from Confederate flag. CBJ reports tracks are asking fans not to wear or fly flags at sanctioned events in what’s being called an “unprecedented collaboration” among the race venues.

North Carolina is offering a new First in Freedom license plate. WFAE reports the slogan pays tribute to the state’s early push to break from Great Britain with the Mecklenburg Declaration of Independence in 1775.

A no swim advisory has been issued for a 7-mile stretch of the Catawba River. The Observer reports an as-of-yet unnamed company released a chemical into the water resulting in a fish kill that triggered the advisory. Officials are trying to stop the flow into Lake James using hay.

I hope everyone had a great holiday weekend celebrating America. Back to work, but first click here for a list of my 100 favorite things about Ted in honor of his birthday. 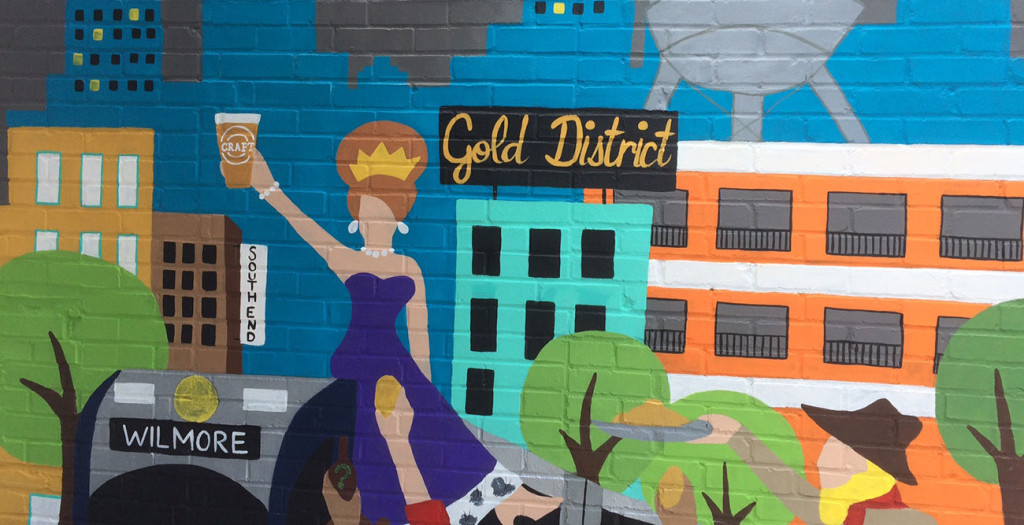