Cash Confessional: A week of spending in Charlotte on a combined $115,000 salary 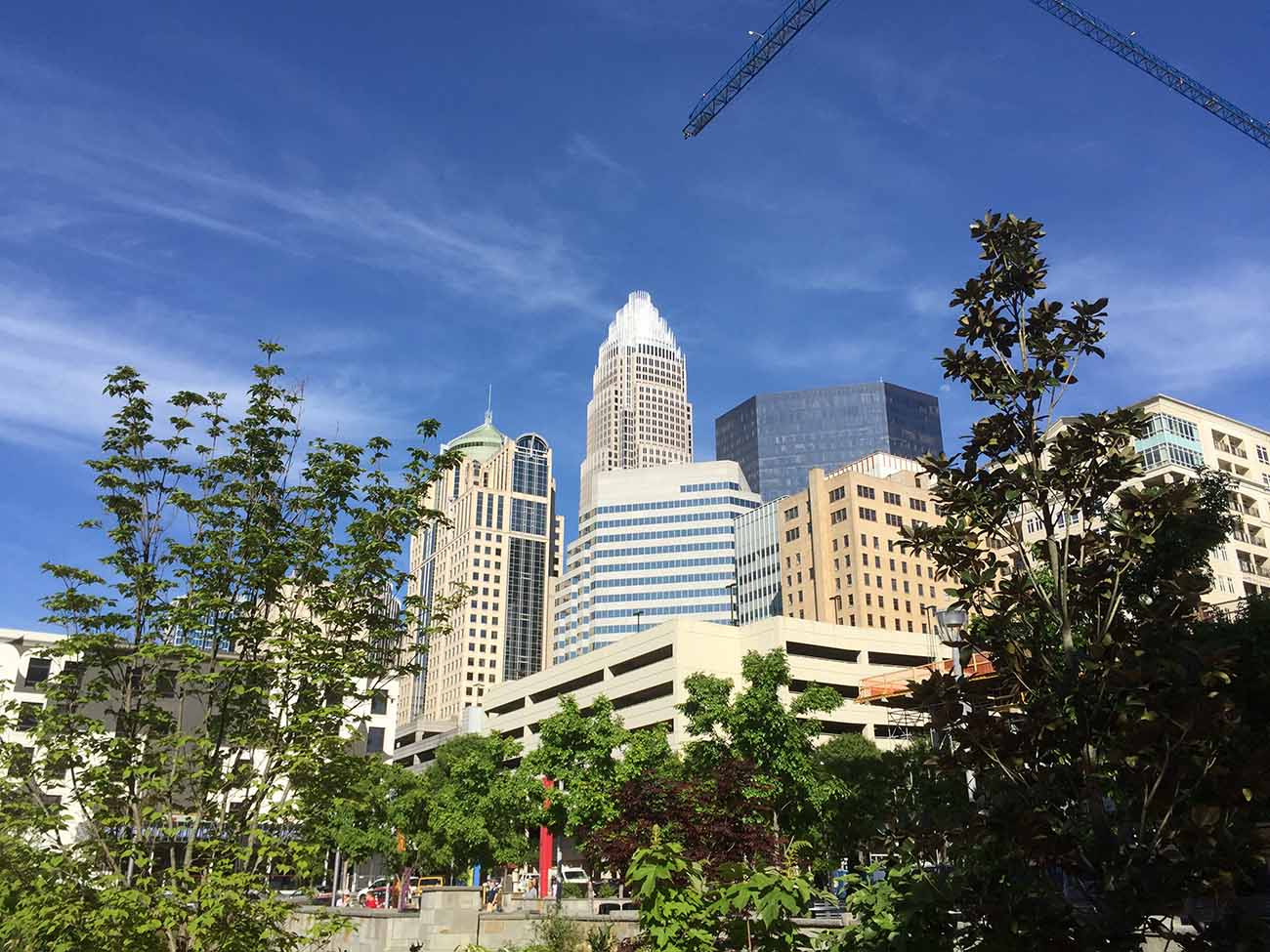 To see the other installments of Cash Confessional, click here. This series is completely volunteer-based; if you’re interested in keeping track of your own spending and having it featured, email Kylie at [email protected]. This week, I spoke with a couple, ages 29 and 30, that makes a combined $115,000 salary and live in Rock Hill, though she commutes to Charlotte every day. Here’s how they spend their money. -Kylie

Him – Technology
Her – Real Estate

Him – Engineer
Her – Personal Assistant

Who you bank with and why:

Him – USAA for everything they offer. He’s from a military family and they offer excellent benefits and very competitive rates. He also banks with BB&T because it’s more accessible when traveling.
Her – Wells Fargo, because they’re everywhere. She used to bank with SunTrust, but it’s very difficult to find ATMs; before the days of mobile deposit, she’d drive all the way from Rock Hill to Charlotte to deposit a check because there were no closer ATMs or banks. Wells Fargo, which was Wachovia at the time, was rated highest in customer service and was everywhere, so the change was a no-brainer.

Mortgage: His mortgage is $1,000 per month, so we split the cost evenly.
Roommates: Just each other! And two wild, needy, active, hyper, cuddly and perfect dogs.
Neighborhood: Middle of Nowhere, Rock Hill. We live literally in the middle of nowhere. There are cows, horses, chickens, goats and multiple roosters from multiple neighbors that greet us each morning. We have an acre of land, which is serene and perfect and just enough space, but the drive is brutally murdering her quality of life, since she works in Charlotte.
Utilities:

Him – $120 per month for electric and $60 for internet. We don’t have gas or cable (he tries to steer everyone we meet away from using cable!) and well water is free.
Her – His house, his bills. I chip in extra elsewhere to makeup for it (like cleaning and doing laundry, which he doesn’t do until there’s a crisis situation that pushes him to do it!).

Student loans: None. He paid his off last year (three years early) and her parents saved their entire lives so that she and her siblings wouldn’t be in debt out of college.
Car payments:

Him – $100 in gas
Her – $250 in gas + $150 parking garage fee. She strategically leaves for work at 8am (hallelujah, flex-hour work schedules!) to avoid the worst of rush hour traffic, and sometimes leaves work late to minimize the drive home, too. This cuts the 1.5-hour drive into a 45-minute drive both ways. It makes all the different, and can save an entire tank of gas per month.

We’re working towards a move into Charlotte, but he loves his job and house in Rock Hill. We both agree that the move is needed once we meet our financial goals, though.

Insurance: We’d prefer not to disclose this information.
Amazon Prime: $0 – we pre-paid for one year
Gym membership: $0 – we pre-paid for one year
Netflix: $11
Personal trainer: $360 per month, but we’re taking a break after this month to add this into the savings pile.
Spotify Premium: $11 per month. This is a must for the long drive in, though she does tune into Maney, Roy and LauRen on 95.1FM regularly.

Save for our “forever home.” He owns the house now, but we’re working toward being able to build. The goal is to have saved $60,000-$75,000 in three years. We’ll reevaluate the home search at that time, and may just keep saving for a larger down payment. He wants to keep the monthly mortgage at $1,000 or less, so save we shall.

Discipline our spending. We’re on the Dave Ramsey “envelope system” and are almost debt-free (save for her car), and will need to save 3-6 months worth of living expenses. It works like this: all the money for the month is earmarked for a category, and once it’s spent, it’s gone. We try to really closely follow Dave’s financial guidance and budget together the first weekend of each month.

Finish renovations on the house. This includes hardwood floors, nice countertops and a fence, since we have dogs that like to pay surprise visits to the neighbors…

We had brunch at The Yolk in Rock Hill ($30 with tip), stocked up on groceries for the next two weeks at Aldi ($85) and cooked a family recipe chicken at home for dinner with groceries we bought.

Both ate breakfast at home – she had a protein shake and he had cereal.

She really failed at meal prepping on Sunday, so after gassing up at QT ($27), she grabbed Chicken Salad Chick at Overstreet Mall for lunch ($11). His vendors at work took him out for lunch, and he made spaghetti for dinner using groceries we’d bought ($0).

He left for work early and snagged some bagels for his teammates at the office – Baker’s Dozen on Tuesdays at Panera for $10! She had a protein shake and a small sweet potato.

Of course, since he mentioned Panera, she ran over for lunch, but waited over 20 minutes, so they added a free coffee to her $13 lunch. His vendors took him for lunch, but this doesn’t happen every week – they’re working on a big project ($0).

He’s been really excited about the progress they’re making at work, so we had a celebration dinner at Bad Daddy’s ($25 with tip – we split a plate).

There were still some bagels at the office for him, but she just had her usual breakfast at home ($0).

Since she was off from work for the day, he came home for lunch and they had PB&J sandwiches together on the back porch while the dogs ran around ($0 – priceless).

He’s traveling to California for a bro-tastic hiking and mountain biking vacation. She drove him to the airport at 4:30 a.m., after which he grabbed a Cinnabon at the terminal ($7) and she crawled back into bed until she was running so late that there wasn’t time for breakfast.

He didn’t eat lunch (he’s not a plane food person) and she had Chicken Salad Chick again – she’s all about that Fancy Nancy ($11). He had “real Mexican food” once he landed ($12).

For dinner, she threw together some nachos at home using groceries we bought at Aldi after gassing up again on the way ($28).

Chick-fil-A is her Friday breakfast tradition ($4 – biscuit only). She dutifully packed her lunch and had a celebratory dinner at Akahana Asian Bistro ($25 for two BOGO specialty rolls + spicy edamame). He doesn’t eat seafood, so when he’s out of town, she has a sushi binge meal ASAP.

His host covered all meal costs for him on Friday. Lucky.

She ate a small sweet potato at home for breakfast ($0) before hitting the gym.

She brought the dogs to Crowders Mountain, where she met her parents. They brought her some awesome BBQ for lunch ($0), while he and his friends hiked a National Park ($0 with military ID) and had sandwiches and Clif Bars for lunch.

He bought and grilled steaks for his friends for dinner ($30), but she wasn’t hungry for dinner, so just stuck to a bowl of organic popcorn and watched an animal documentary with the dogs. They loved it.

Him – We eat out a lot. She used to cook when she worked closer to home, but now is too tired by the time she gets home, so she usually calls at the state line and I’ll met her out for dinner. We do this with date nights and grocery nights, too. We’re always on the go because of her commute.

Her – We used to cherish healthy eating, but now that we’re saving money (I mean, we went from shopping exclusively at Publix for organic food to buying almost everything from Aldi or Walmart for the lower prices), we are certainly sacrificing health for money. We sometimes make a menu and meal prep, but haven’t recently. We’ll usually eat at home to cut costs when we aren’t “starving,” and I typically meal prep more than this – I’m slackin’! 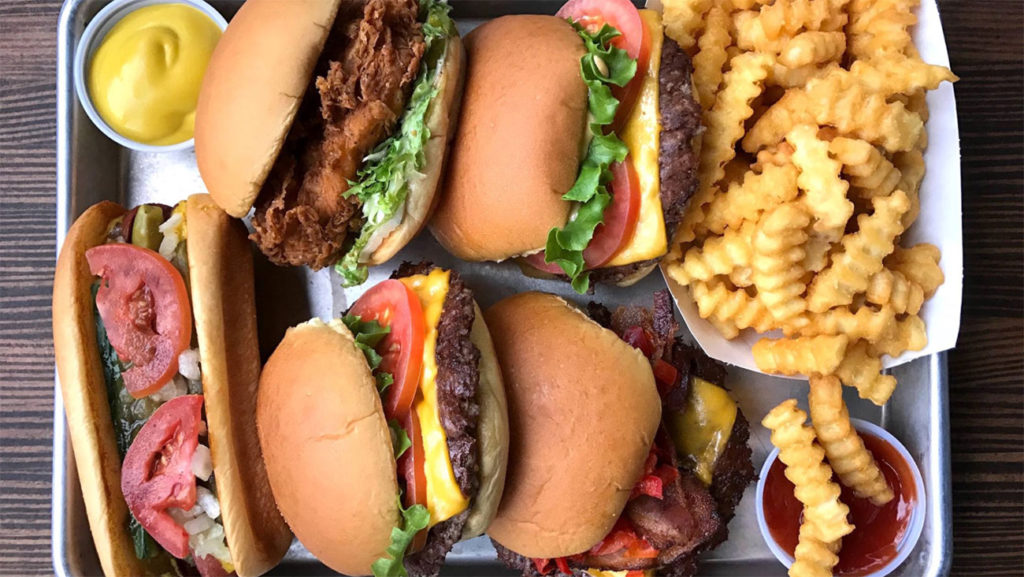