Is Charlotte the best place in the USA for “Millennials”? 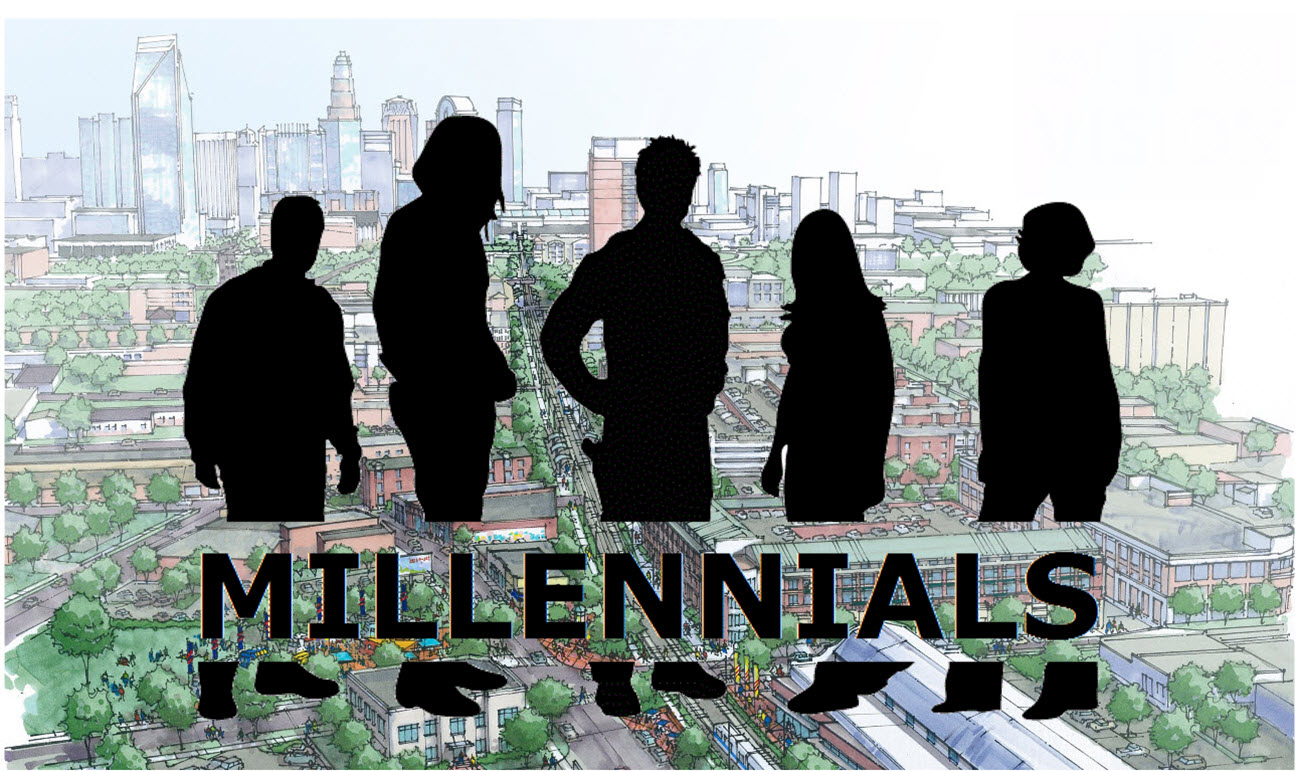 Publisher’s Note (Ted): I cringe at the word millennial, but I love the way it’s used here.

Talking about Millennials is so hot right now.

The generational cohort just took over as the largest generation in the US labor force, and, as a result, there have been a ton of articles about what millennials like and how they choose to live their lives and spend their money. The smartest of these articles provide information so people can profit off larger demographic trends. The dumbest are an opportunity to complain about kids these days, ignoring that those same complaints have been lobbed at every American generation since the Pony Express was delivering them.

I’m not here to pass judgment on an entire generation of people, but I am here to throw down my own piping hot take related to millennials, and that is this:

Charlotte is the best place in the United States to be a millennial.

Before you throw your empty cans of Hop Drop and Roll at my head and yell about how Portland or Chicago are better, hear me out.

This isn’t one of those oversimplified “best places to be young” clickgrabs. I have zero interest in some calculation based on metrics like entry level jobs and the percentage of young people who are single, but what I am interested in is what a city can offer the millennial cohort based on what research indicates are their values on a macro level. Charlotte ranks #2 among the fastest growing cities, and has a ton to offer its citizens in any generation, and city leaders have made some sharp decisions over the past decade that happen to align with exactly what the millennial cohort values.

So let’s Snapchat our skinny jeans and dive in to why Charlotte is the place to be for 22-35 year olds:

Millennial Value #1: A city that promotes an active lifestyle

Twenty years ago, Charlotte didn’t have much to offer its citizens who sought a lifestyle of frequent and varied workouts and a multitude of quirky outdoor activities. Charlotte in the early 90s seemed to be sort of a “Houston Lite,” where the suburbs thrived. Everyone drove huge cars from their homes on the outskirts of town to their jobs in an urban center at companies in a single industry that dominated the city (implying that everyone lived a very similar lifestyle). It’s that civic model that has Houston perennially at the top of the list of the fattest cities in the US.

Thankfully, Charlotte has evolved and avoided that fate, now boasting a fantastic urban Greenway, a bike route nicknamed for nice butts, and a manmade Whitewater Center that has awesome trail races almost every weekend. You can also do yoga for free, yoga on rooftops, and yoga at flippin’ breweries. Charlotte is also a big enough metro area that it attracts the full circuit of “experience runs” that are more about your post-race Instagram pictures to make your friends jealous than an actual workout.

In Charlotte’s favor is also the fact that it doesn’t have the brutal winters that render exercising outside in Boston, New York, or Chicago between the months of October and April a fool’s errand.

Again, sexy urban living is not something you’d associate with the Charlotte of the early 90s. However, Charlotte’s commuter-centric past has been sort of a blessing in disguise, as it has allowed developers to quickly ramp up the in-town residential square footage through infill projects to accommodate this preference to “live where you work.” The timing of this apartment boom has also conveniently coincided with the majority of the millennial cohort graduating from college.

In fact, you could argue that the biggest “problem” in Charlotte right now is that there is too much living space close to the urban core along a major public transportation artery. In the scheme of things, that’s probably a good problem to have.

Speaking of that, another aspect of urban living is a preference for public transportation over spending time in a car for a daily commute. And once again, Charlotte’s city planners, through foresight and a bit of luck, have a new and expanding light rail system, and a brand-spankin’ new streetcar to accommodate this preference. Add in Bcycles and you can check a lot of urban living boxes. Becoming a Zipcar hub is next I suppose.

Millennial Value #3: Having an absurd amount of student loan debt

This is more of a soul-crushing reality than a value I suppose.

So what does the city of Charlotte have to do with your embarrassingly high student debt burden? Well, those of us who have to take an Advil after stroking that monthly student loan check know that your pockets can get pretty light after you’ve fed the beast, and being able to stretch a dollar to maintain a high quality life is hugely important. Charlotte’s low cost of living allows millennials who would otherwise be cash-strapped in most every major urban center to live comfortably, and to spend their remaining discretionary income on one of the other values like the aforementioned active lifestyle, a decent travel budget, and locally brewed beer. So, so much locally brewed beer.

Millennial Value #4: Making an impact with the work they do

Out of all of these, I think this is what makes Charlotte the very best place for millennials to live.

Charlotte as a major urban center in the United States is a relatively blank slate. You can choose to mock Charlotte’s lack of history, and lament the fact that “everything is new.” That’s one way to look at it, and there’s no changing the fact that Charlotte doesn’t have the history that is a hallmark of more established cities.

But, there are two sides to that coin: Charlotte has enough history to be interesting, but not enough that it holds you back.

Here’s what I mean: if you want to start something new, Charlotte is unique in that it has the infrastructure to make it happen, a critical mass of people in need or who want to help, and an environment that invites new ideas to flourish. It is a small enough community that your specific actions can have a massive impact on the future of the city unlike any other major urban center. This impact could be social (fix homelessness!), cultural (paint a mural!) or economic (start a sexy media company!)

The point is, Charlotte is great because:

YOU, YES, YOU READING THIS, CAN MAKE CHARLOTTE INTO THE CITY YOU WANT IT TO BE

Can you start a charity in Chicago or New York? Sure! But it will require considerably more resources to get off the ground and red tape to be cut, and the impact to the city overall will likely be limited. But in Charlotte, the city’s blank slate means that your actions can translate to massive impacts. In Charlotte, the mayor sits in with local startups. The Hornets GM eats lunch at 7th Street Market. You can start the next great networking event with an Instagram hashtag.

That stuff doesn’t happen in other cities with the regularity it does in Charlotte. It’s amazing.

So whether you’re reading this on your Apple watch while Ubering to your airbnb or you’re a baby boomer who printed this out to read on actual paper because you like how it feels in your hands, let’s all recognize what our great city has to offer the next generational wave and, most importantly, let’s recognize that it’s up to us to make Charlotte the place we all want it to be. 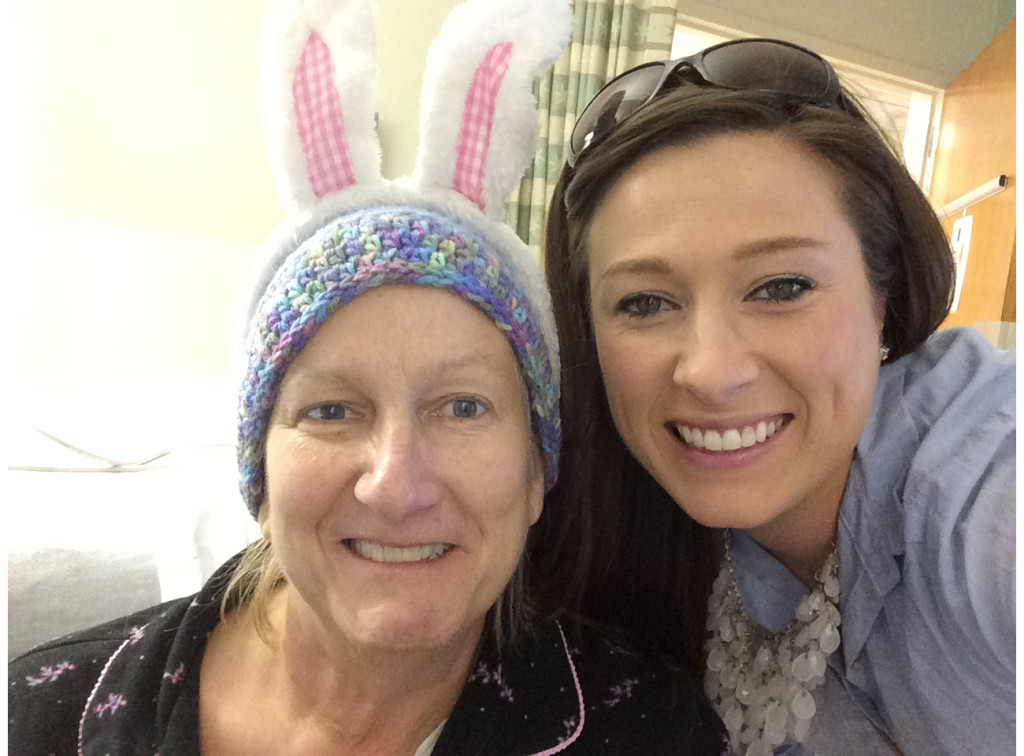 Thank you Charlotte – Why I’m so grateful for this city

by April Smith
Most Read
1
Kid Cashew on East Boulevard sets its opening for mid-January
2
Hello Friday. Charlotte Recycling Plant.
3
Starbucks on East Blvd will start to serve wine after renovations
4
Bleu Barn Bistro takes food from farm to food truck
5
May I smell your beer? 26 days without drinking
Most Recent Open Jobs