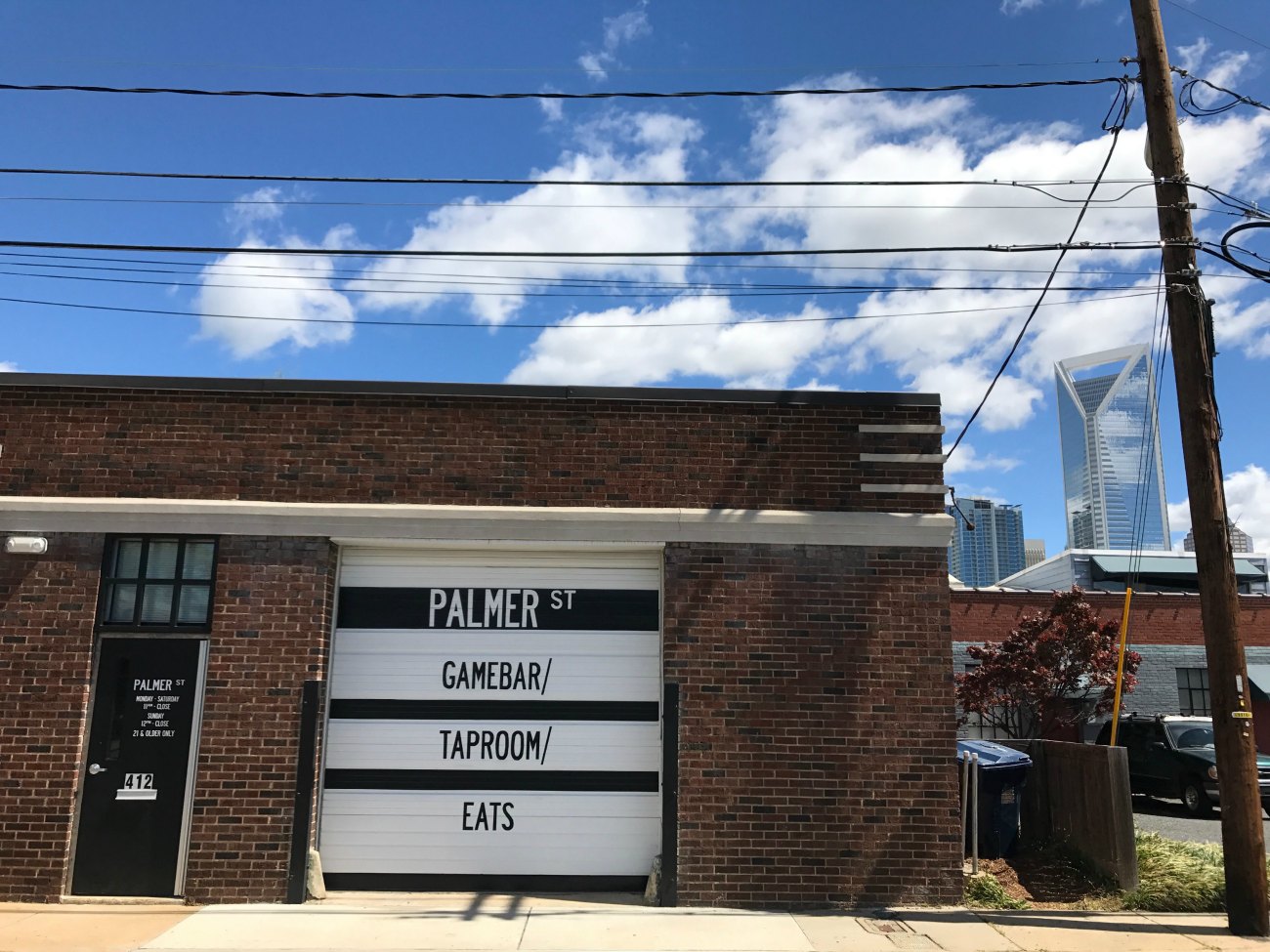 Palmer Street, a 21+ game bar and tap room in South End’s Gold District, is targeting an opening in the next two weeks.

Hathaway plans to rotate in one new game each week to keep things fresh. He says his wife is just happy to have them out of the house. 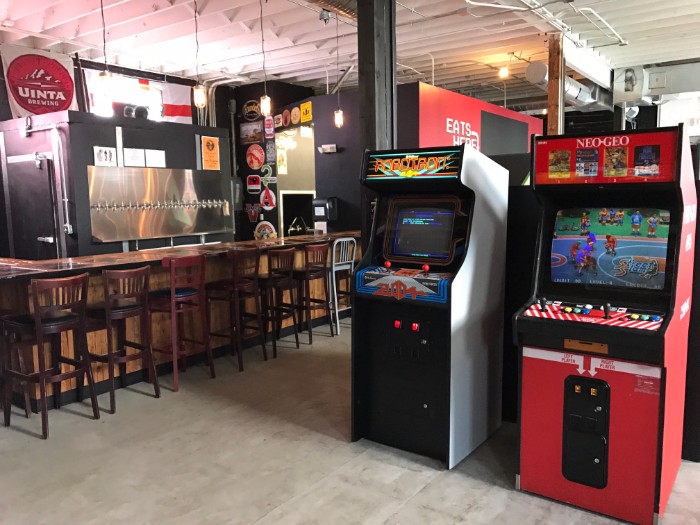 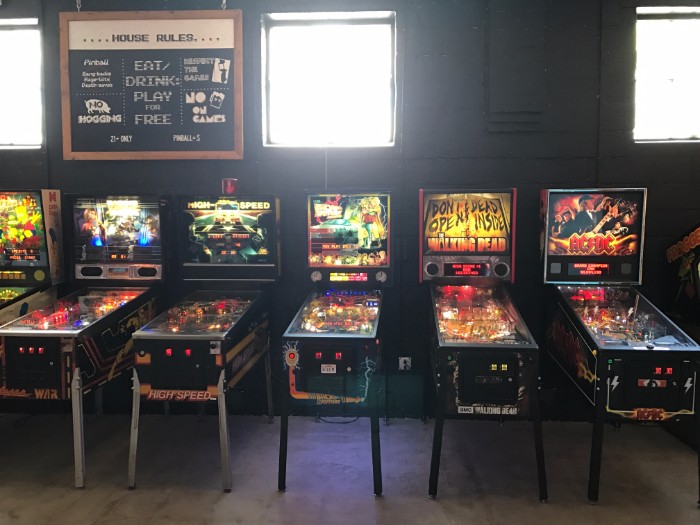 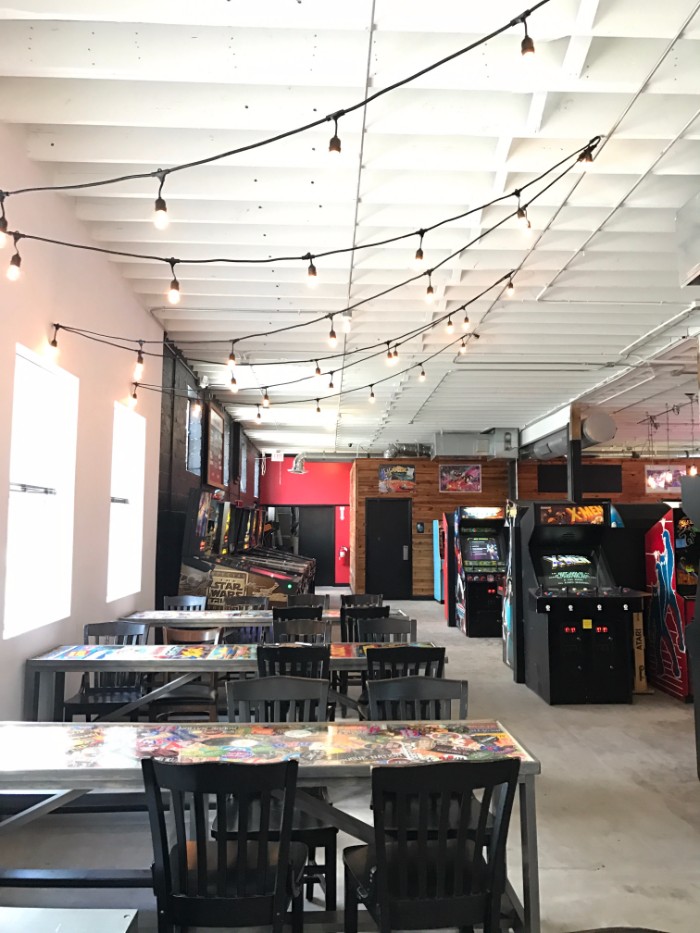 The building dates back to the 1940s and has a storied past as a possible print house and studio for obscure films.

Hathaway put in work to repurpose some of the finishings and has preserved any of the random film stickers he found left on the beams, including one that says “I saw E.T.!”.

The bar is made out of retro cassette tapes and repurposed wood from the ceiling, and the pendant drop lights over it give new life to some old glass jars Hathaway found in the back. 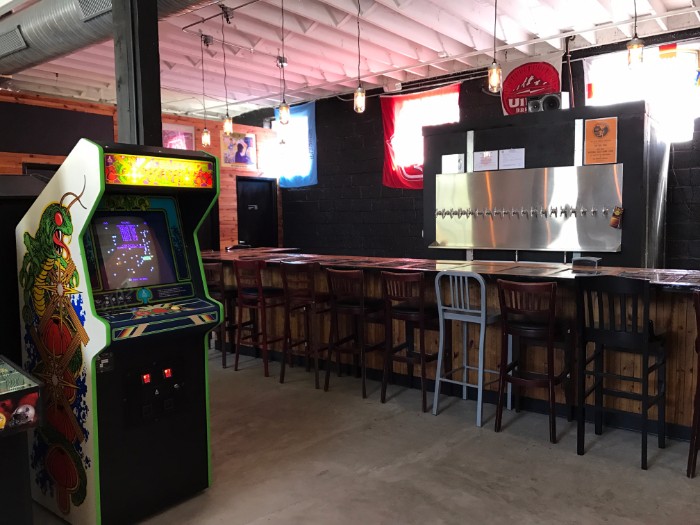 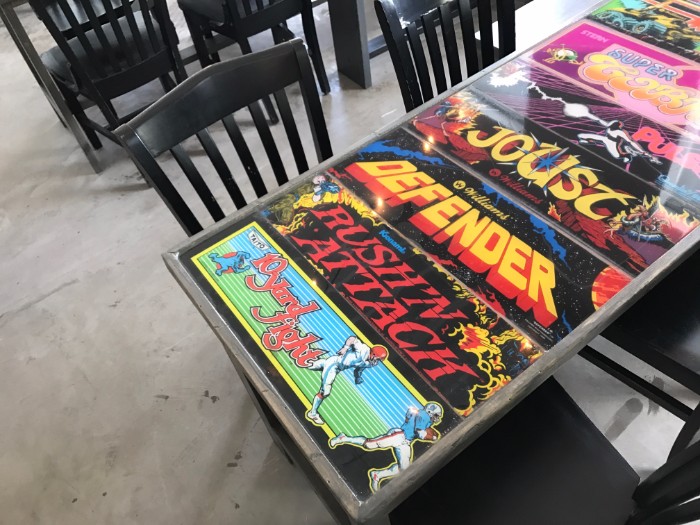 Palmer Street will have 20 beers on draft and a food window to fuel your gaming marathon.

On the food menu, they’re focusing on simple things like beer cheese pretzels and sandwiches. But these aren’t just any old sandwiches.

Hathaway is sourcing special “Dutch crunch” bread (also known as tiger or giraffe bread), a cult favorite in the San Francisco Bay area that results in an extra crunchy exterior that resists sogginess. Don’t worry, I had to Google it. Looks incredible. Here’s a visual.

He’s hoping to attract day drinkers and a lunch crowd with early hours opening at 11 a.m. to 2 a.m. Monday – Saturday and noon to 2 a.m. on Sunday. 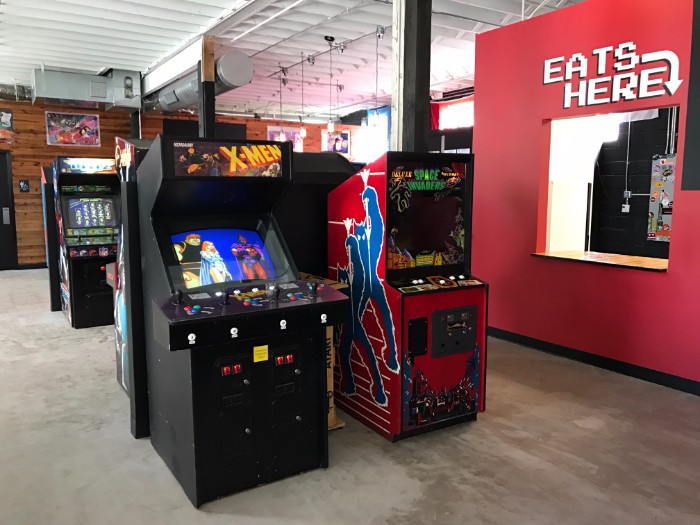 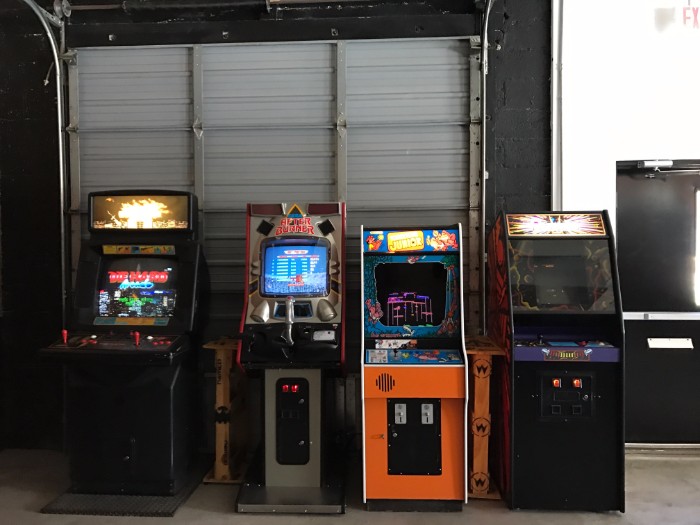 Take a look around…

Palmer Street is located at 412 W. Palmer Street. Hathaway is targeting an opening in the next week but is still staffing up. Looking for work? Reach out to him on the Palmer Street Facebook page. 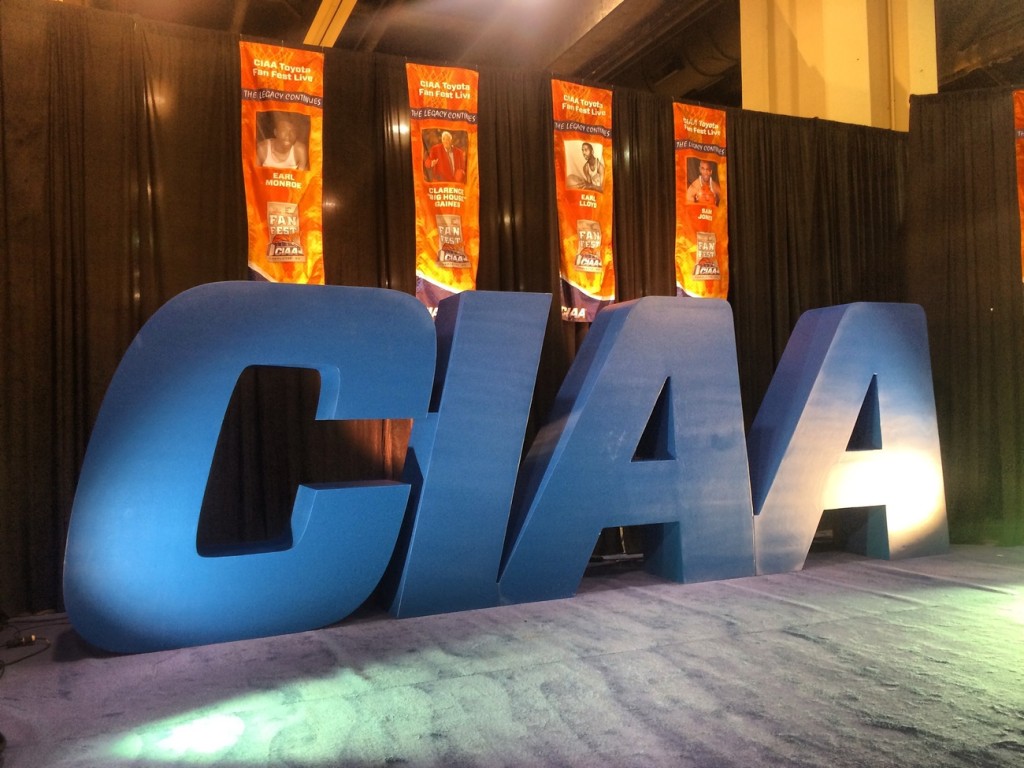