Lenny Boy turns 5. What a journey it’s been

When we hit a pause in conversation, I could see Townes Mozer surveying the taproom at Lenny Boy Brewing. Angry raindrops battered the roof of the 31,000-square-foot facility they now call home.

Much has happened in five years since Mozer started churning out batches of organic kombucha. They moved out of a shared industrial kitchen in Asheville, and into a warehouse row in Charlotte. When beer production supplemented kombucha, growing pains sent them into this larger space. Now, this taproom could almost swallow their last facility whole.

Judging by the beverage lineup that Lenny Boy has assembled for tomorrow, it’s time for a well-earned celebration. 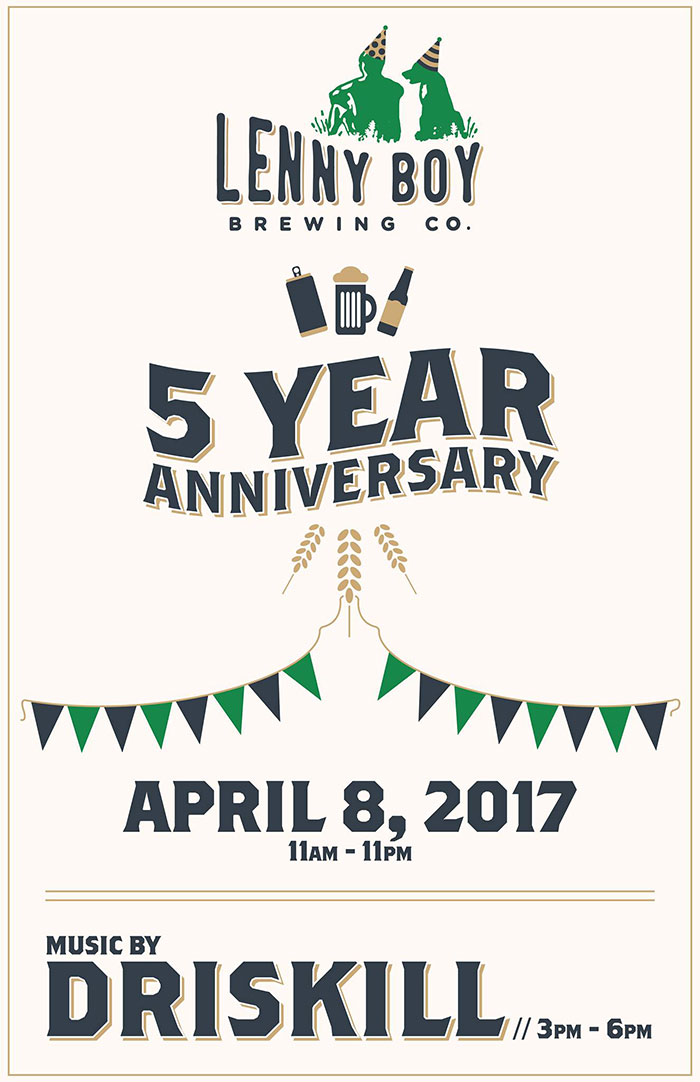 First, get your head straight with their usual Saturday morning yoga session at 10 a.m. Be sure to get nice and limber, because when doors open to the public at 11 and the taps start flowing, it’s a long way until closing time. 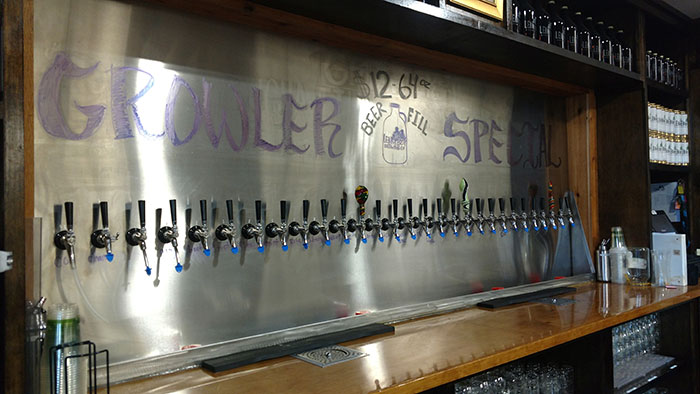 Hope you like special beer offerings, because Lenny Boy has you quite covered.

Thirsty for a tiramisu-flavored stout? Grab a Cake Walk.

Prefer your porters to be barrel-aged? Turn up a Dark Side Of The Luna.

In a sour mood? Be sure to Anny Up, in both blueberry and strawberry variants.

Craving a juicy IPA? A collaboration brewed with Legion Brewing, Don’t Haze Me Bro, should scratch that itch. (Oh, and there’s also a ‘booch variant with strawberries.)

“This is our first time celebrating our anniversary,” confesses Mozer. “In years past we didn’t have enough space to have a big throw down, but now that we are settled into the new space it’s time to get down with the get down.”

(Speaking of, now would be a great time to mention the World Armwrestling League qualifying event that gets cranked up at 7 p.m., if you want to test your mettle.)

Lastly, no proper party is complete without favors. Mozer commissioned a celebratory piece of glassware, bearing the names of every kombucha or beer brewed in these five years. But keep your sticky fingers to yourself, as these gorgeous glasses run $6 empty or $10 filled with a beer or ‘booch. 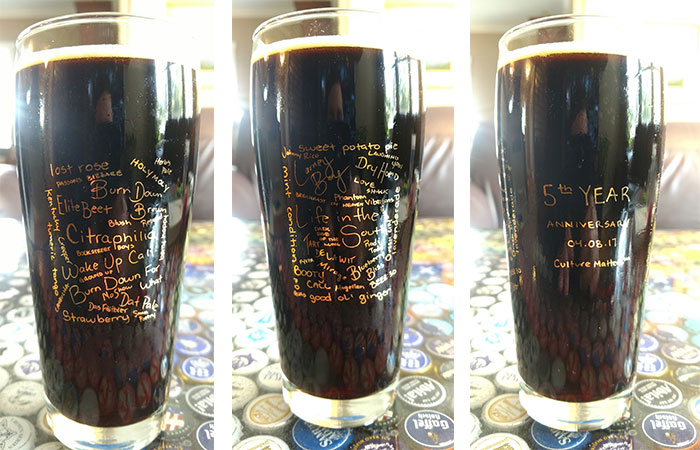 If somehow Mozer could have seen the future in that industrial kitchen, of five years of beer and booch, and a big party to celebrate, what would he have thought?

“It would take a ton of hard work, a little luck and an amazing amount of support from the community to make that happen.

“Luckily it has on all fronts.”