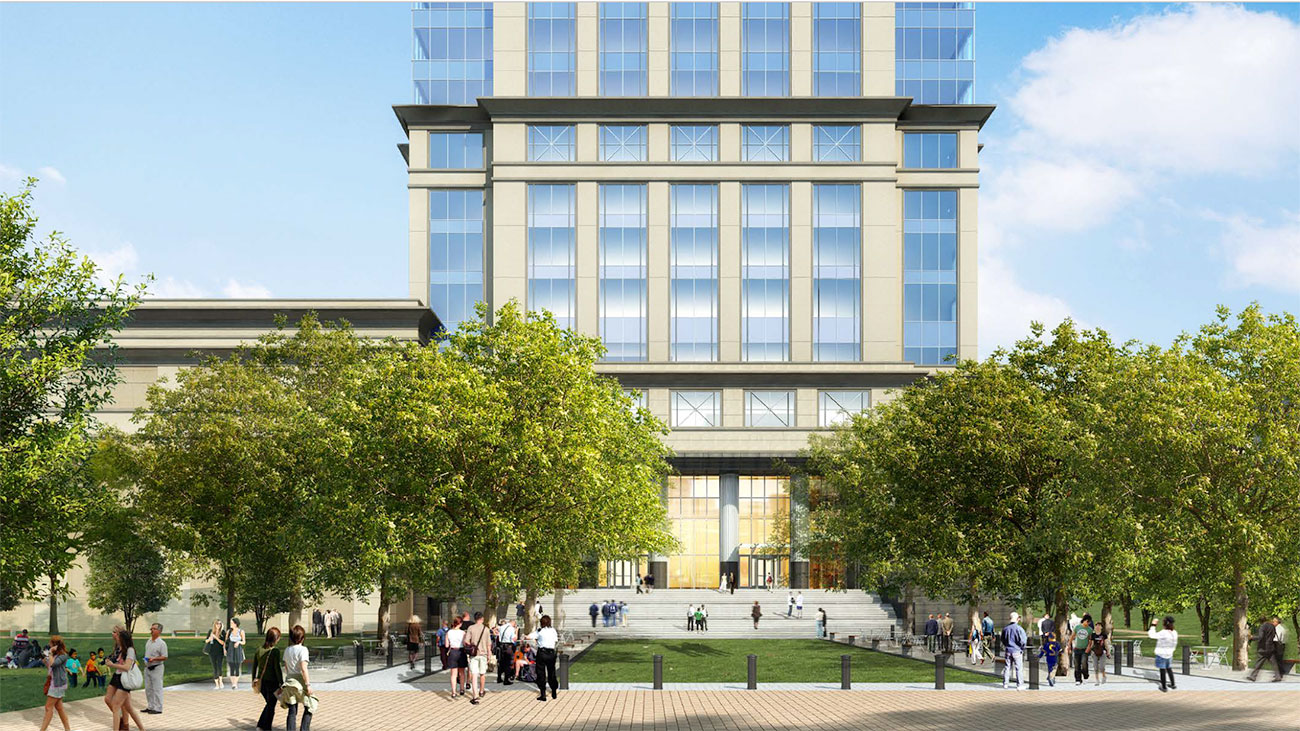 That’s exactly what Charlotte will be getting in the new tower planned for the former Charlotte Observer site at 620 South Tryon Street.

Updated designs that were just revealed show a much-improved vision for the project than what was out there before. I like the pyramid and what it will add to the skyline. It will also help balance the skyline between Hearst and Duke. 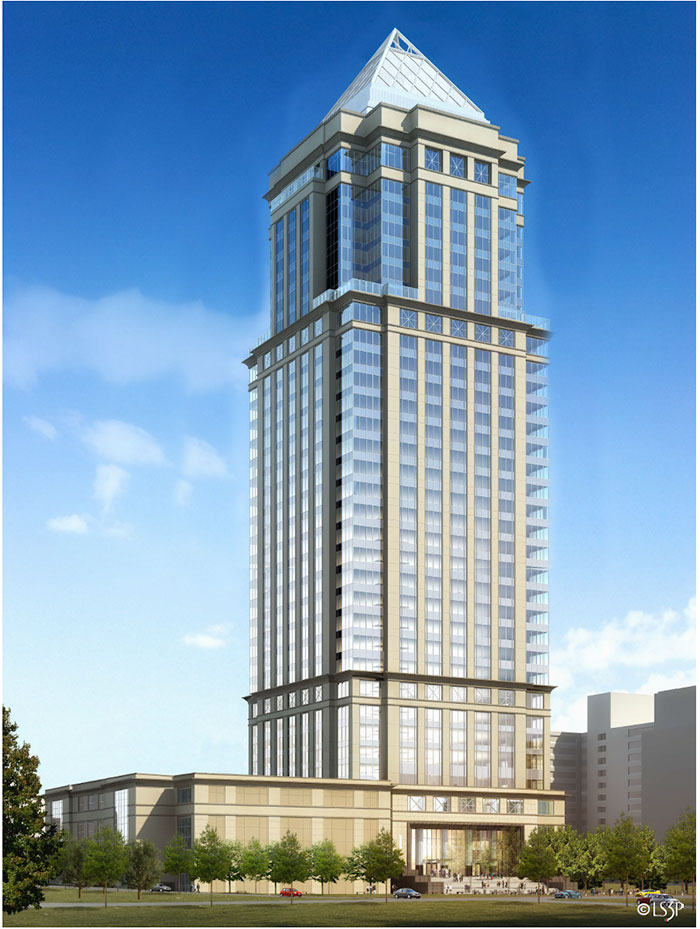 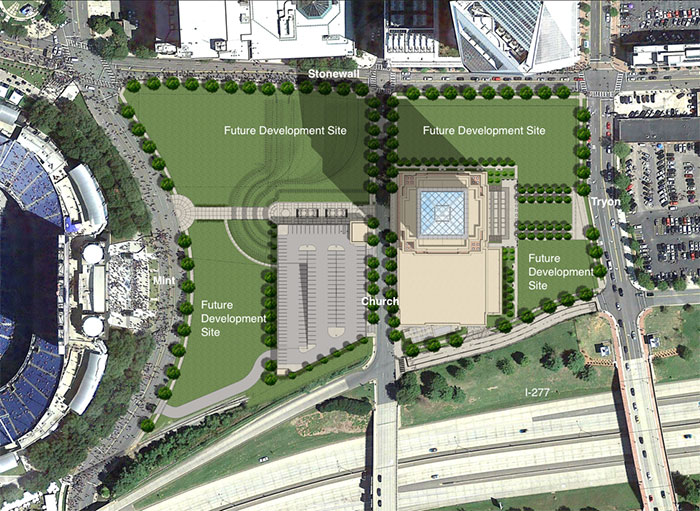 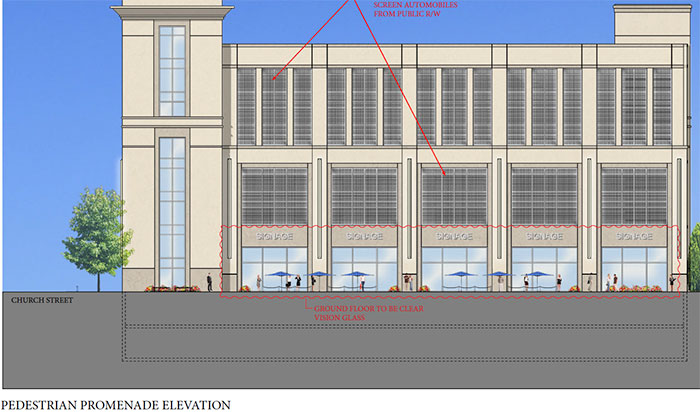 Here’s a breakdown of what to expect with this project: 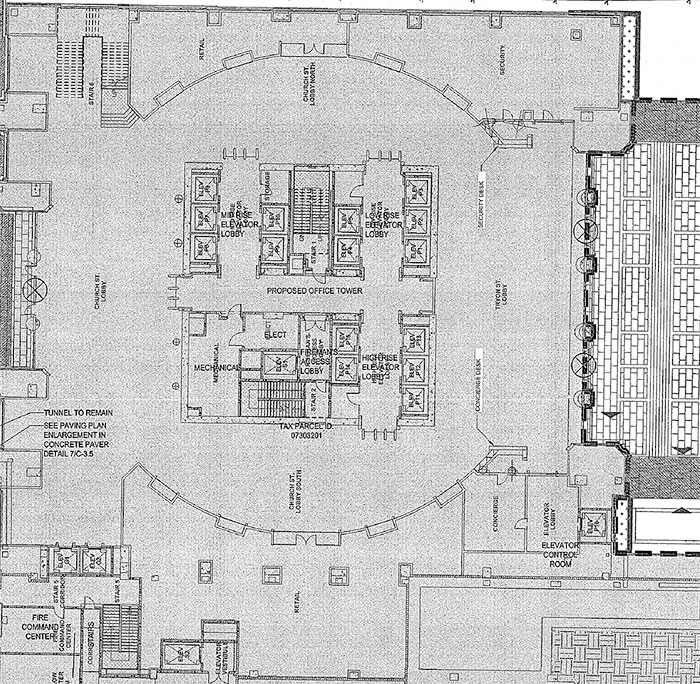 There is some major forward thinking on this Pedestrian Promenade. They have space allotted for food trucks to come and park along it across from the retail in the parking deck. 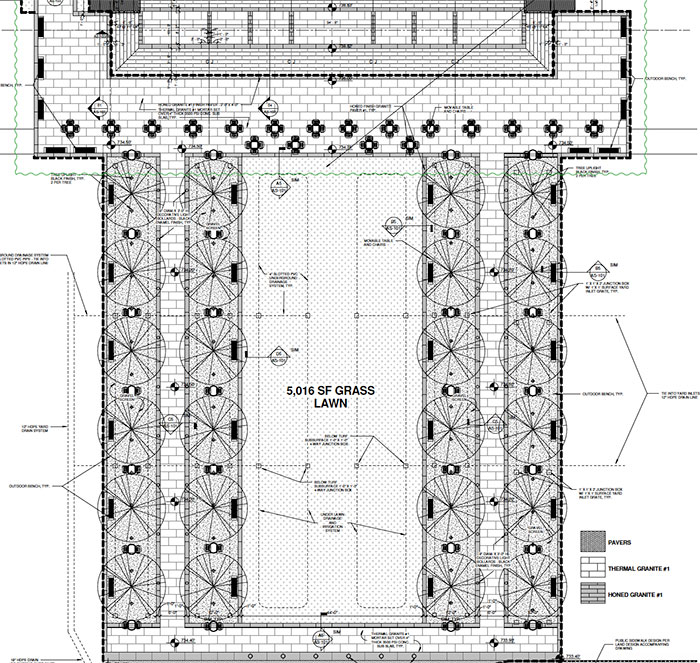 This is just a high-level overview. There is so much more to this phase (and the entire project) than what is outlined.

There are rumors of a 1,000 room hotel, hundreds of thousands of square feet of retail and much more. Personally, I think a residential tower will be announced next but we will see.

The design is much better in that it is taller so it is not as boxy, glassier so it’s not so plain and further improvements have been made to the ground floor.

There are still a lot of blank walls, but the site plan is important to remember that a lot of them will be covered up by future developments.

There will also be numerous traffic and pedestrian improvements.

Putting a light at the dreaded Church and Hill corner will help tremendously.

I do have an issue with the staircases planned on both Tryon Plaza and the Pedestrian Promenade.

I understand the grading on this site is insane but there has to be a more creative way to connect the pedestrian to the project than giant staircases. I feel like anyone walking to this project will feel like Rocky running up the steps at the Philadelphia Museum of Art.

Lincoln Harris has continued to be tight-lipped on the project but hopefully, we will see an announcement soon. Tenants are lined up and the site already has a tower crane in the air, it’s moving.

HKS and LS3P are the architects on the project. 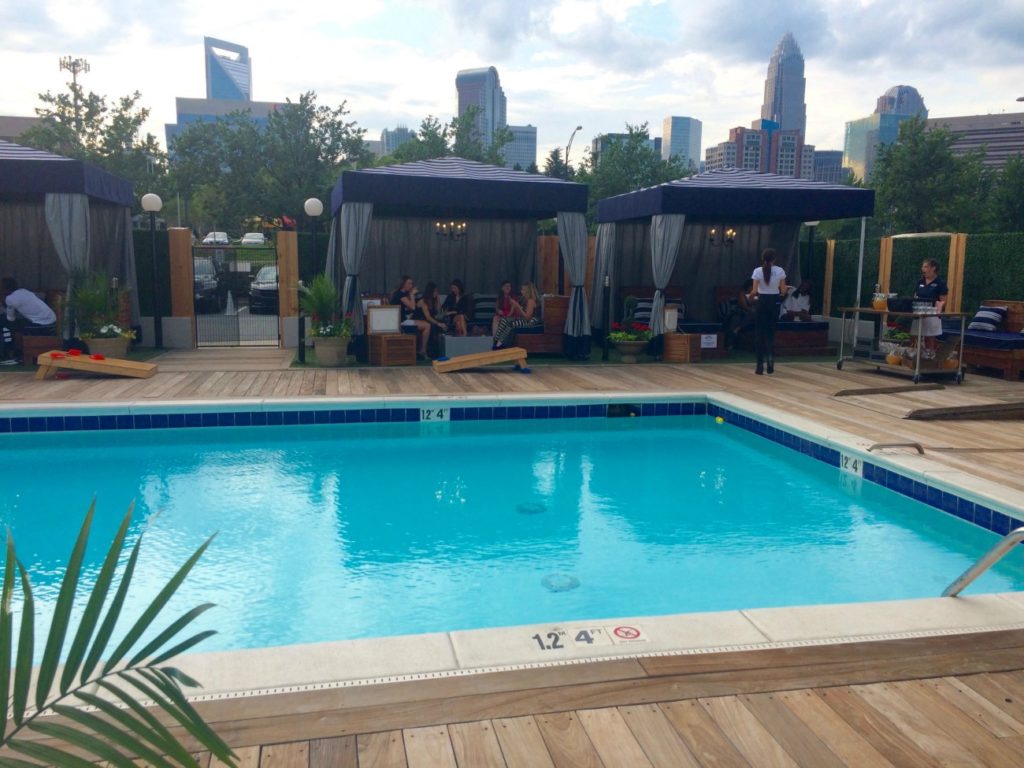