How much should Steven Furtick make? The Bible gives a literal suggestion 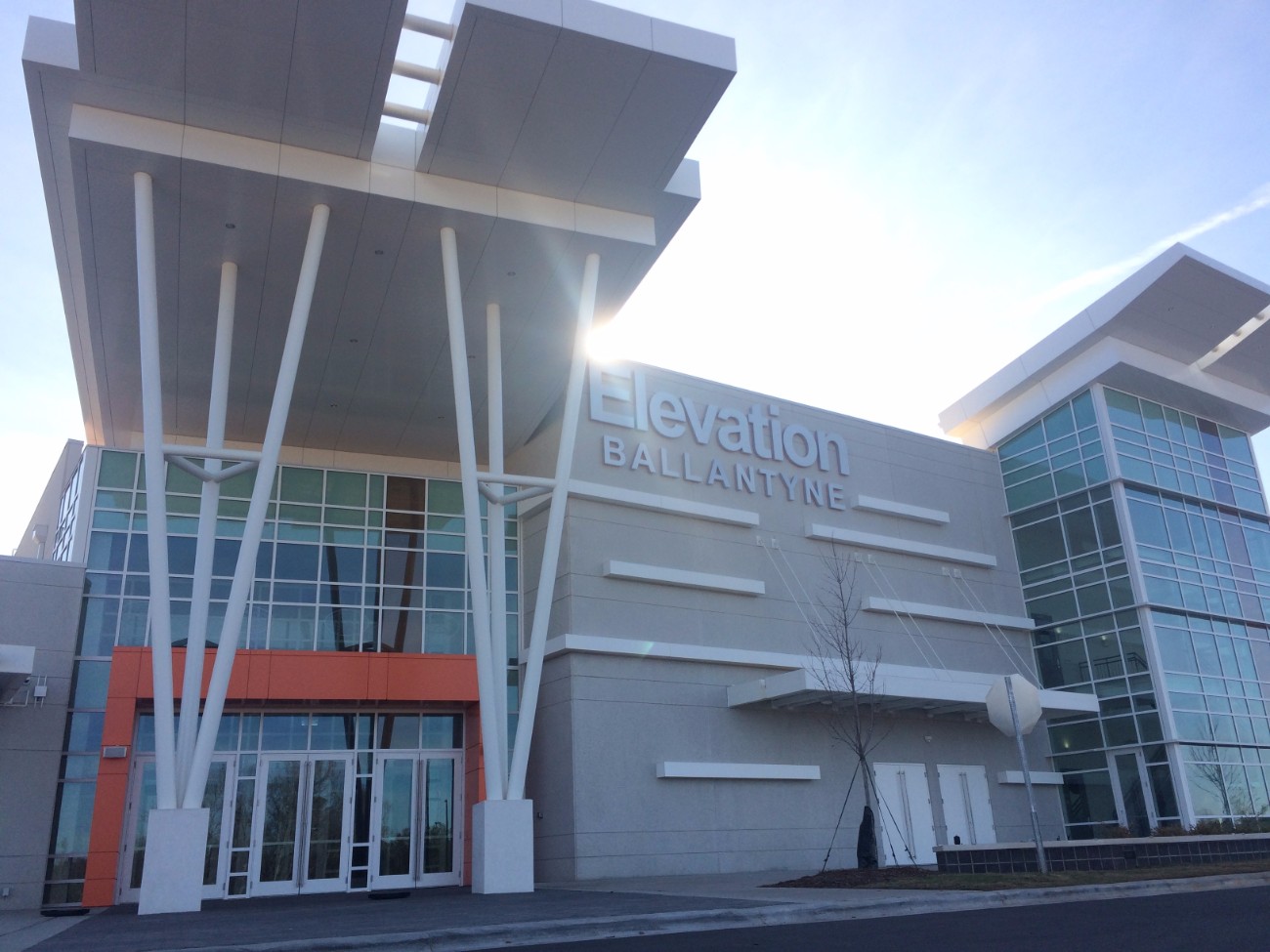 Editor’s note: This op-ed is in response to a story calling on Elevation Church to disclose Pastor Steven Furtick’s pay, but saying he is justified in making a large salary. Elevation has become one of the largest churches in the country and brought in $47.1 million last year. Furtick’s salary has not been disclosed, but media reports showed Furtick built a 16,000-square-foot home in Weddington.

The author of this op-ed is a minister and the founder of QC Family Tree.

Money is no more morally problematic than shovels or hairbrushes or forks. Money is neither good nor bad in and of itself.

But making money is a bit more complex. Money is not made in a vacuum. The making of money has a context and a source. It has a story that must be considered.

Every tradition of religious and moral reasoning wrestles with this. In other words, the statement that making money is morally neutral may be true, but it is beside the point.

The question for Elevation Church — but not only for Elevation — is whether the accumulation of large sums of money is morally neutral. And a further question is how enriching oneself through ministry in the name of a Palestinian peasant with “no place to lay his head” ought to be described in moral terms.

Thankfully, we have two millennia of Christian testimony that counsel church folk around thinking about money and its use. Such a long and complex history has no single voice.

There are many contrasting streams. The most enduring Christian thought has long counseled extreme caution as it regards the accumulation of money, especially for those like Pastor Steven Furtick in positions of power. Jesus’s compassion for the wealthy is evident, but it is a compassion that makes lots of demands about what money is, what it is to be used for, and what a person with a lot of it needs to do.

A pertinent voice in this discussion is that of Basil the Great, a fourth-century bishop from a wealthy family. Basil gave away all his money in order to become a pastor. He was also an important influence in the development of the monastic tradition, marked by simplicity in community.

He wrote, “Are you not a robber, you who consider your own that which has been given to you solely to distribute to others? This bread which you have set aside is the bread of the hungry; this garment you have locked away is the clothing of the naked; those shoes which you let rot are the shoes of him who is barefoot; those riches you have hoarded are the riches of the poor.” Basil’s thought is not exceptional in Christian history. Though it sounds shocking to our modern ears, this is pretty normal discourse for early church leaders.

It seems fitting that this article on Furtick’s salary was published the day following the release of the recommendations from the Opportunity Task Force. The questions of private and public morality, of human worth, and of building structures worthy of our branding efforts that we see at Elevation are mirrored in the public life of our city.

At the most basic level, the task force has made plain again what was already there to see — that money in our region tends to be concentrated in predictable ways. Those concentrations are reinforced through systems and structures that we have not been able to easily escape.

We will need both new imaginations and focused attention on these complex systems in order to create a city whose substance rises to the level of its branding. Pastors can be important figures in shaping that kind of public imagination, as well as in providing a concrete example of how to live in such a fashion. That is precisely the calling of a Christian pastor.

In that light, I have a minor proposal that I think can suit many sides of this debate, and that will make an important statement from a well-known spiritual leader in Charlotte at a crucial time in the life of our city.

It has been published in numerous articles that Elevation has roots with the Southern Baptist Convention, and that Furtick went to Southern Baptist Theological Seminary in Louisville, Kentucky.

Southern Baptists are the folks who raised me, so I know that they take pride in their stance that the Bible is to be taken as the literal word of God. They teach that human behavior needs to measure with the Bible in this literal fashion.

1 Timothy 5:17 has been used in defense of Furtick’s wealth, which says “The elders who direct the affairs of the church well are worthy of double honor, especially those whose work is preaching and teaching.”

Furtick does not want his salary published, which is understandable for anyone, especially a public figure.

But in order to remain true to his Southern Baptist convictions, he needs also to take 1 Timothy 5:17 literally.

Pastors are worthy of double honor, but not triple or quadruple or hundred-fold honor.

Which means that no worker at Elevation — administrative assistant, custodian, groundskeeper, and so on, should make less than 50% of Furtick’s salary. If he makes a million, they make a half million, and not a penny less.

This follows the literal meaning of the biblical text. It also makes an incredible witness. A public statement that documents such a practice would be an act of civic leadership and an amazing demonstration of theological integrity, setting a new standard in the many spheres where Elevation has influence. This is the sort of leadership Charlotte needs at this moment.

Without some public declaration of this sort of moral commitment, though, the public questions will remain and the opportunity to lead in substance rather than in branding will be lost. And, the lack of literal obedience in one case brings to mind yet a tougher case for literal obedience.

Christians know well Jesus’s counsel for a rich young man who wants to follow in the way of Jesus. In Mark 10, Jesus tells the young man that his possessions stand in the way of eternal reward. He needs only to sell everything he has and give it to the poor if he wants to find the kingdom of Heaven.

My God, what a tough story. But such is the upside down world of Christian leadership. 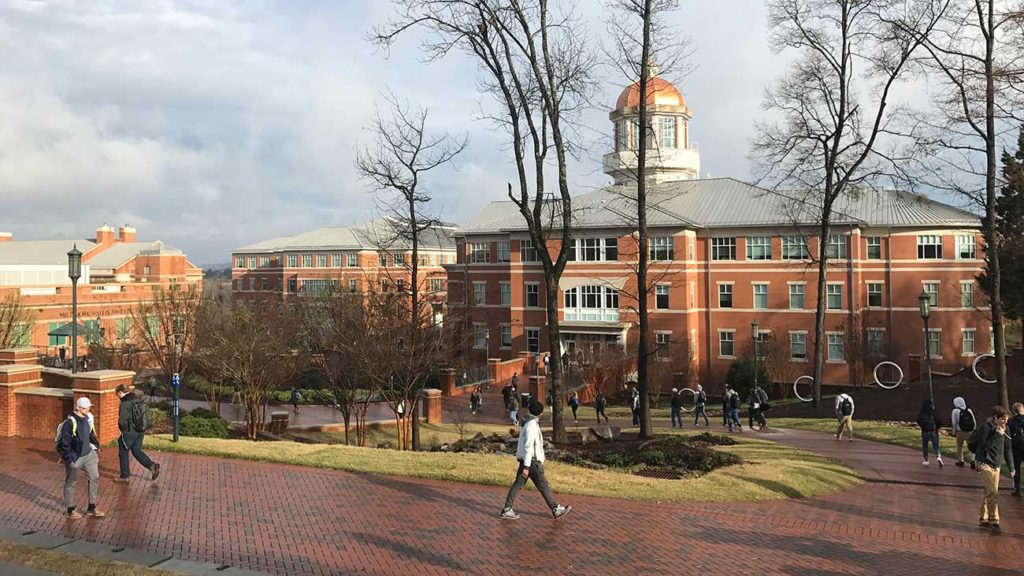