Does Charlotte know how to date without drinking? 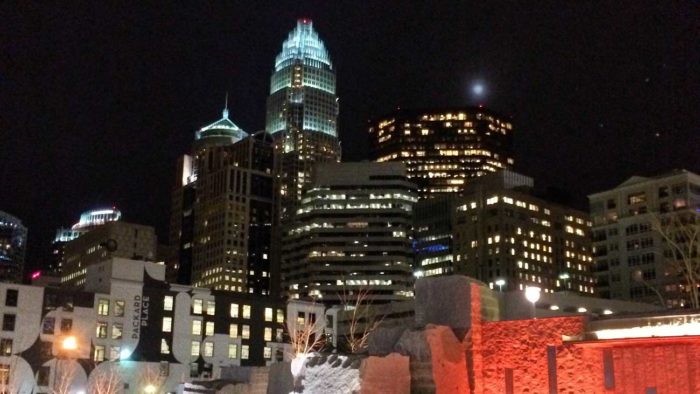 Over the last six months, the Agenda team has been doing a sizable amount of research into Charlotte’s dating scene.

We’ve reviewed actual dates, surveyed our audience of 23,000+ about their take on dating in Charlotte and soon, we’ll send Agenda readers on blind dates as a part of our new series, Chem 101.

Here’s what’s surprising — or not, depending on how you look at it — about the types of dates people are going on: The common denominator in most of them is, in some shape or form, alcohol.

Charlotte doesn’t seem to know how to date without a little bit of liquid courage – or it just doesn’t want to.

Both the social and dating environments in Charlotte seem to be overrun with breweries and bars while simultaneously hungry for activities that don’t involve drinking. Well, with 15+ breweries and more popping up every day, dozens of upscale bars and even Whitewater Center activities that finish with a round or two, it makes sense.

“[It] would be nice if there were more options than breweries and the like to meet someone,” an anonymous reader commented.

When I was creating the Chem 101 application, drinking habits and ideal first dates were two important things to touch on.

“I just got a puppy and with spring around the corner, it would be fun to go to a dog park and then follow it up with some drinks at a brewery.”

“Dinner or drinks with lots of laughing.”

“Not dinner. I’m not exactly at my most attractive when it comes to consuming food – thank you, mom, for always reminding me of that at the dinner table. I’d much rather do a drinks/activity combo.”

“Great wine, food, and conversation at a restaurant selected by my date. Maybe follow it up with a visit to a bar. If things are going really well, karaoke.”

“Probably drinks and dinner if it goes well. Maybe that’s why I’m single.”

Of the 750+ responses that rolled in, 380+ mentioned that their ideal first date included some form of drinking. Honestly, with the average number of drinks for men and women in their mid-20s per week hovering at 23 and 3 respectively, I expected this. Out of the 750+ responses I got, only 9 participants said that no, they don’t drink.

That’s just 1.2% – so here’s the question those statistics raise, then: What is it like to date in a city that’s so alcohol-soaked when you’re sober? 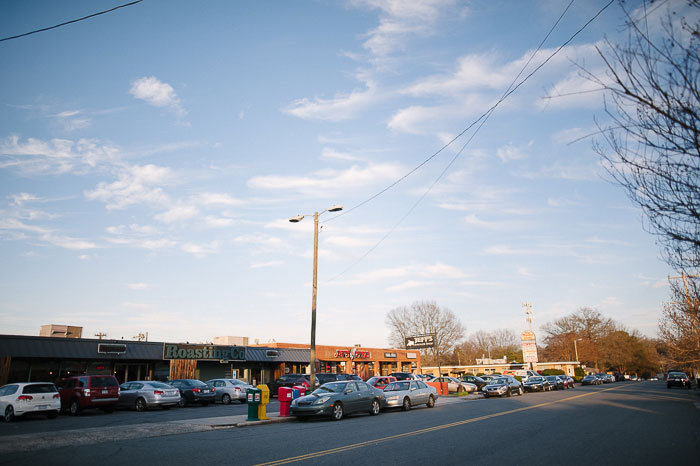 Not because of an aversion of it – just because he prefers not to feel awful the next day.

He learned a few years ago that he reacts more to alcohol than his peers thanks to his gluten intolerance and quickly began to value how he felt the next day over two beers he could have that night.

Though he hasn’t been drunk in almost four years, he does drink, just sparingly. He goes on what he calls “streaks” of no drinking, up to five months without a drink at a time.

He says the amount of alcohol-centered activities in the city bothers him, but it’s never been a deal breaker and that if it didn’t impact his body the way it does, he’d be drinking, too. Plus, he’s been known to visit OMB and Sycamore a time or two. 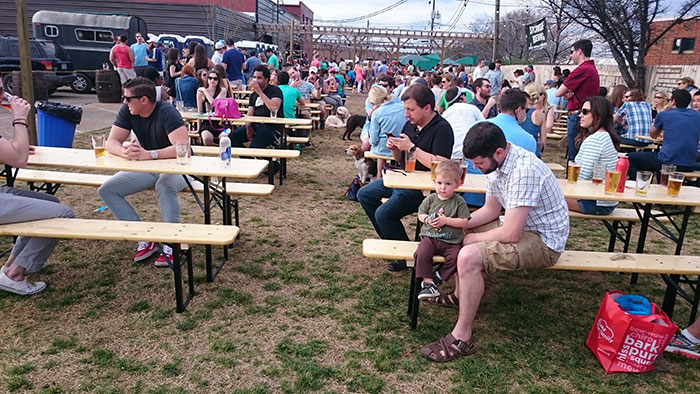 “It would be a deal breaker if the person went out every night and got hammered, but that’s not who I’m looking to date anyway,” he said.

Aaron’s recently single and hasn’t spent much time dating around, but knows it might be hard to be vegetarian, gluten-, dairy- and sometimes alcohol-free in Charlotte, so will most likely plan dates around those barriers at places like Living Kitchen.

His suggestions? Crowders Mountain, the Whitewater Center, Inner Peaks and SkillPop. And even though there’s alcohol for purchase, he says not to look past Science on the Rocks.

“I mean, it’s a children’s museum. But maybe Inner Peaks would be date two, since that’s a whole lot of straps around the crotch region and a lot of staring at asses as we went up the wall,” he joked. 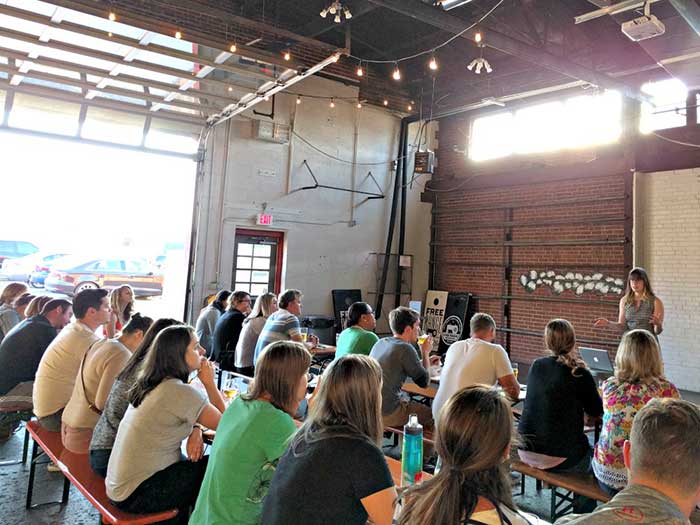 Dustin, a startup owner in his early thirties, hasn’t had a drink since 2008.

He stopped drinking when his family history of alcoholism and addiction became an apparent problem in his life, but doesn’t let a sober lifestyle impact his social life.

“Charlotte loves to have a good time, there’s no question about that,” he said. “I think it’s important to know, though, that I do, too.”

While he’s figured out how to adapt to the bar, brewery and festival scene, the key for Dustin is to surround himself with people that understand where he’s coming from and choose other activities. 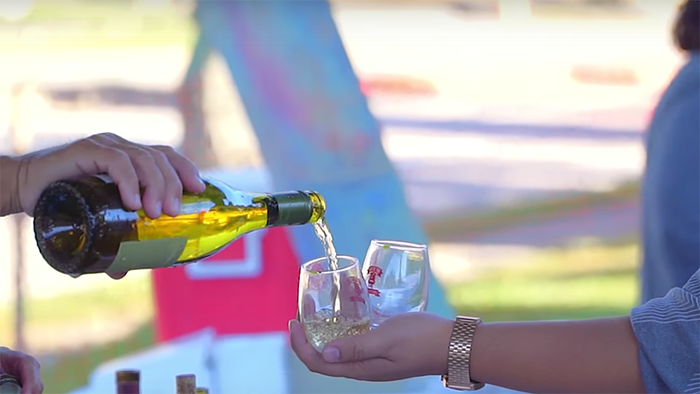 “Honestly, in eight years of not drinking, there’s only been one instance in which someone gave me a hard time for not drinking,” he explained. “Most have a great deal of respect for my decision not to drink, but being a single 30-year-old startup owner in Charlotte, the social scene from a dating standpoint has been a strange space to navigate.”

He describes himself as being very upfront about his lifestyle and though there is what he calls an “awkward stage” when people feel they can’t drink around him, it’s never been a deal breaker that he’s aware of.

“I actually prefer dating people who drink. It’s likely to help them stay sane dealing with me,” he joked.

Though he chose the term “strange” to describe the dating space, he’s not lacking for creativity. Looking for out-of-the-ordinary food? Try Soul Gastrolounge, BLT Steak or the Shell station on South Boulevard.

Aside from food, his go-tos are the shooting range, Park Lanes or just a cup of coffee, though he says you can find a date anywhere.

“Anything can be a date if you’re with someone you enjoy,” he said, citing B-cycles, Cruise Carts, Inner Peaks and Sleepy Poet as great options. “Charlotte has a ton of cool stuff to do – you just have to step out of the expected for an adventure.”

Adam (whose name has been changed to protect his identity), a single guy in his thirties, like Dustin, doesn’t drink because of his past struggles with alcoholism as well.

Daily drinking started during his senior year of high school and lasted until he was 31. He’s now made it to the end of a 12-step recovery program. It took him three tries.

“Not too long a drinking career, but I wanted to live better than what I had been living, if you even want to call it living,” he said about those years. “More like existing and taking up space.”

He describes himself during that time as an “annoying, unpredictable, unreliable, self-centered, blame-shifter” that spent more hours of the day drunk than sober – and of those days during that 15-year span, only a few were fun. 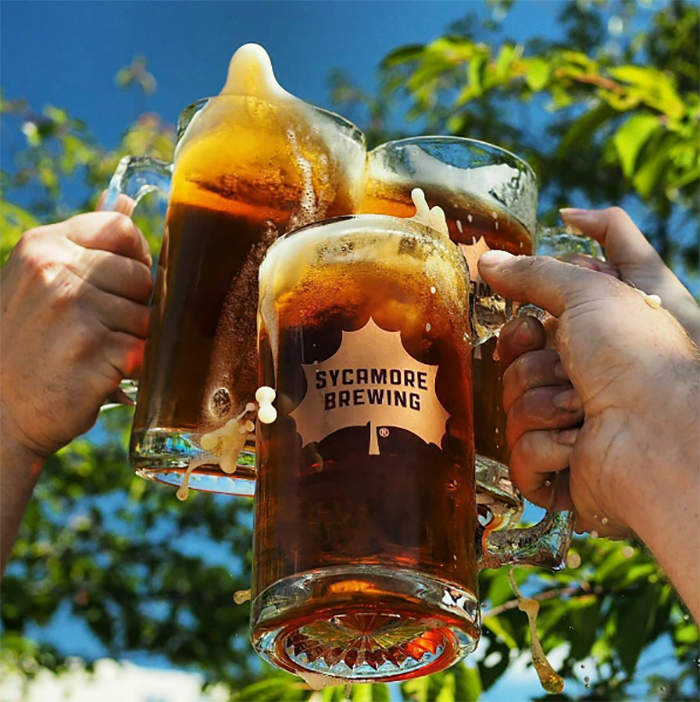 During his last few years of active drinking, getting drunk became something of an obsession that lead to DUIs, arrests, fights, failed relationships, lost jobs and the loss of his physical, mental and spiritual presences.

Adam hasn’t had a drink since November 2013 and credits his success to his third try at a 12-step recovery program. He found a setup of gentle suggestions and ways to get around the cravings that worked for him.

When he looks at the social and dating scenes, he doesn’t think Charlotte’s alcohol habits differ from other cities.

“It’s 2017 and the reality of the world is that drinking is an activity that has been around for ages and will continue its business,” he said.

But dating a woman that drinks is out of the question, especially after an experience he had last year.

“I’m no saint because now I’ve stopped drinking and will not preach to anyone how to live,” he said. But when he began dating a girl that enjoyed drinking and partying, he saw “uncanny” similarities between her lifestyle and the one he worked so hard to move past.

Now, he’s open about his past when the option of drinking comes up and says he has nothing to hide – but that it has cost him a second date a few times.

While he doesn’t have a go-to alcohol-free date, he does admit to being a foodie and loves trying places he hasn’t before. In fact, his last date was supposed to be on Whiskey Warehouse’s rooftop for the skyline view – until it began raining cats and dogs.

“I sensed some foreshadowing there.” 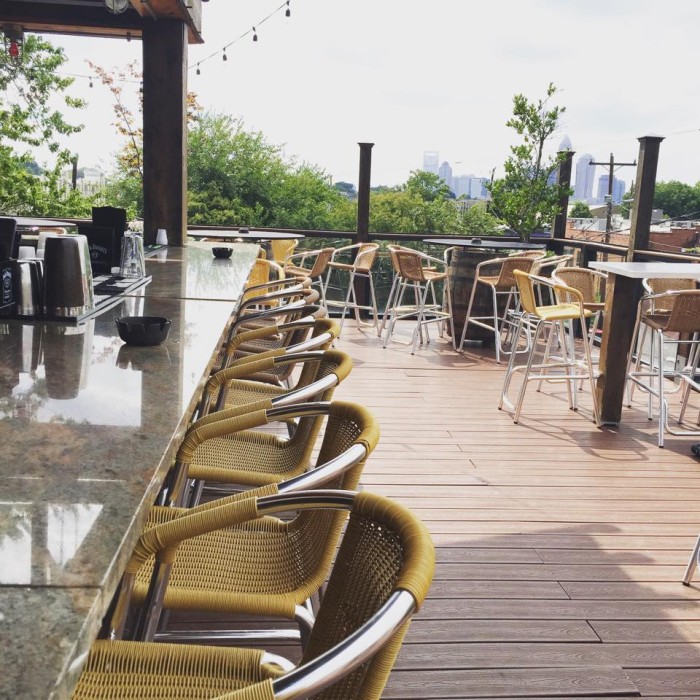 When he considered his favorite types of dates, he found it funny that almost every activity he participated in included drinking, even something as simple as bowling because it was normal for him.

He’s been sober over three years and in the dating game for just over a year and a half and says that even without alcohol, “All my dates have been fun.”

The best part of dating sober? Being able to be there. 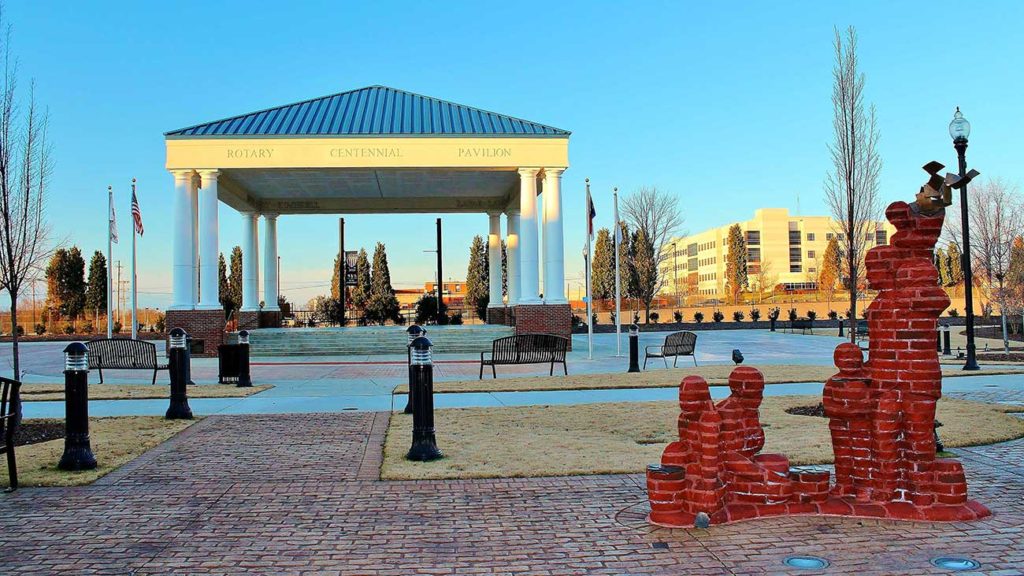 The state’s fastest-growing rent is in — Gastonia?