Now with 5,000 bottles sold, how will Stephanie Rickenbaker choose to grow Sweet’s Syrup? 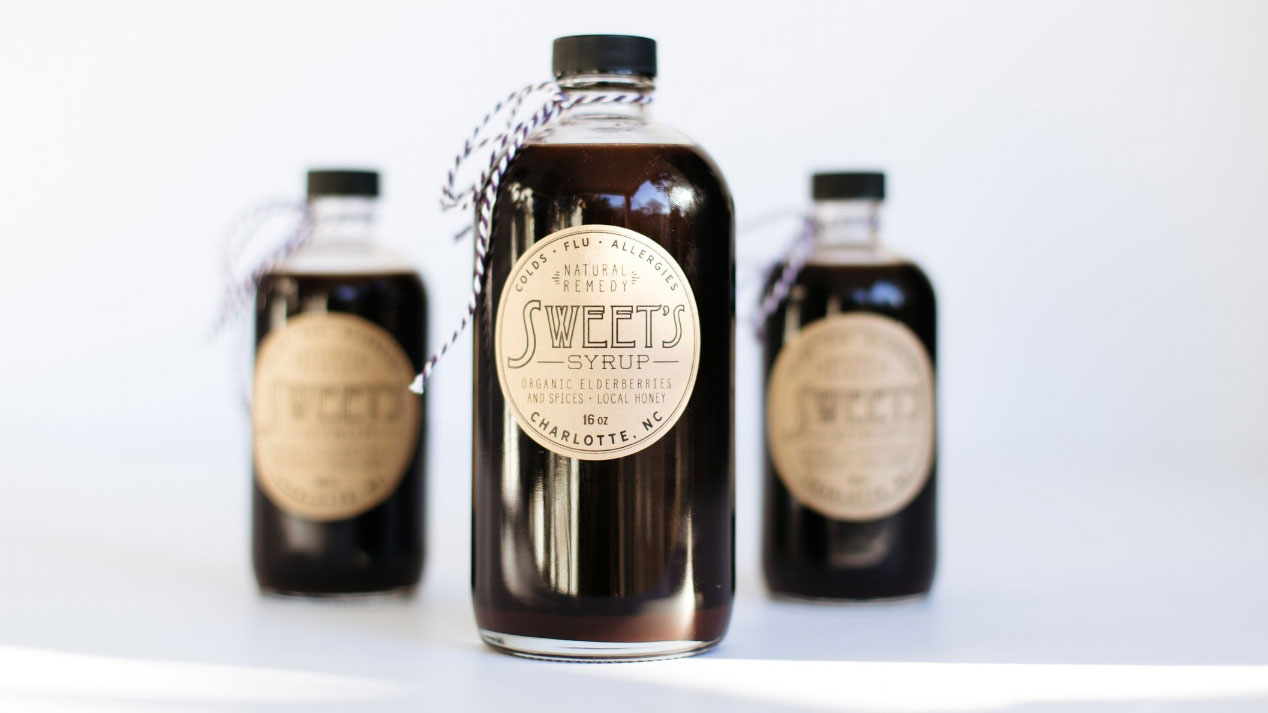 Sweet’s Syrup applied for Shark Tank during the April 29 Charlotte auditions and if the production company doesn’t choose her, they’re insane.

Stephanie started making elderberry syrup for her family after her husband was diagnosed with cancer (he’s doing great, they caught it when it was very treatable).

She read about an elderberry syrup recipe on a wellness blog and decided to make her own version with local honey. 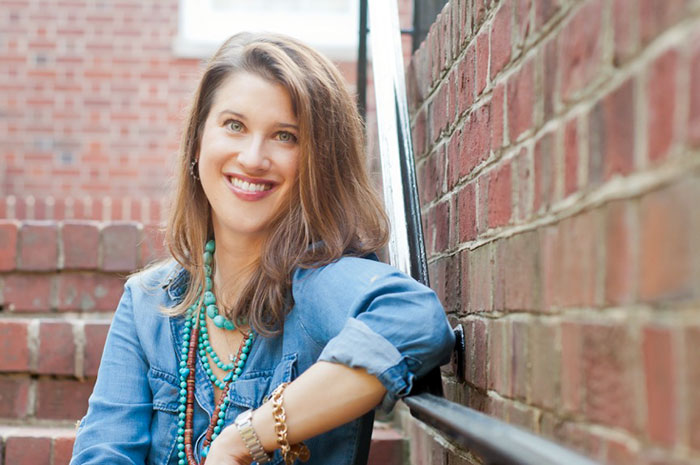 After a few years of keeping her family happy and healthy, she decided to post on Charlotte’s powerful Facebook group, Moms in Charge.

“I asked if anybody wanted to buy the immune boosting syrup, and 140 orders came in,” Stephanie told me. That was about a year ago. Since then, Sweet’s Syrup has sold over 5,000 bottles and Stephanie now works with a Johnson and Wales graduate on production. 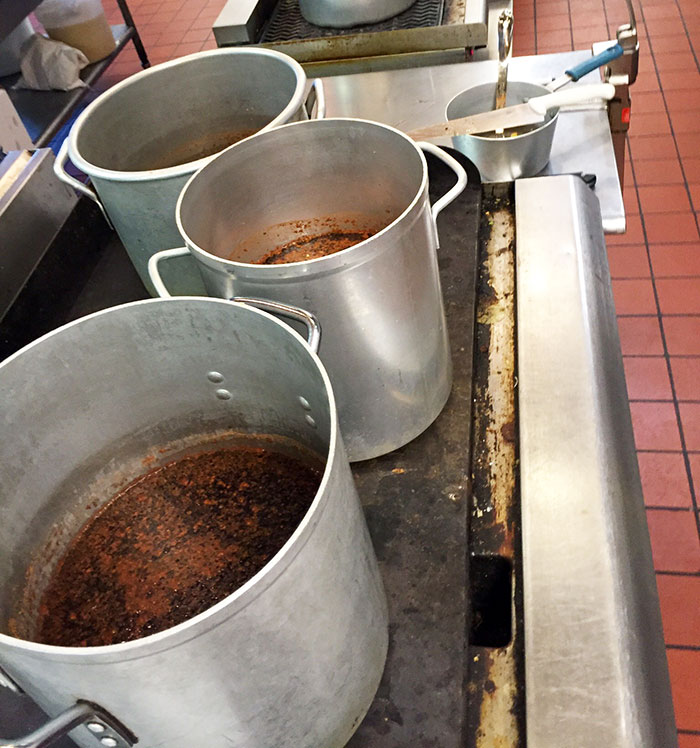 My wife introduced me to Sweet’s Syrup. At first, I thought she was crazy. Now, I swear by the stuff.

I didn’t get sick this winter (even with a child at school for the first time) and my allergies have improved. I take one tablespoon a day when I’m healthy and about 5 a day if I’m feeling a cold coming on or my son is sick.

I think of Sweet’s Syrup as a good tasting Emergen-C with the allergy benefit of local honey. 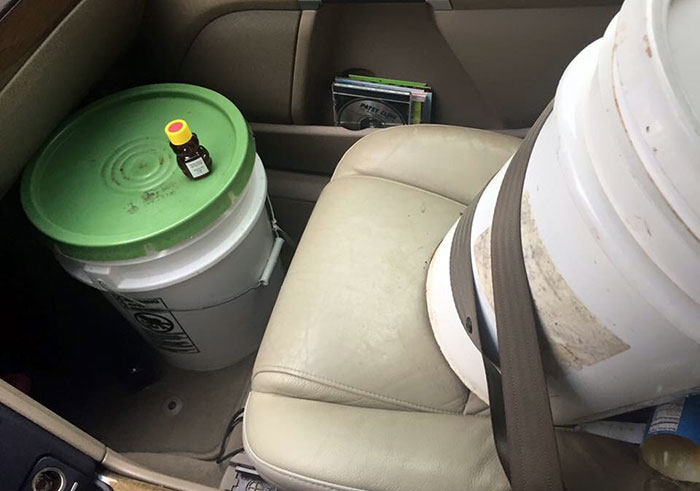 Herb’s Honey in the front seat of Stephanie’s car.

You order it on their Etsy store or one of their six current retailers — Berrybrook Farm, The Fitness Bar at the Dowd YMCA, Provisions Waxhaw, Laurel Market, Hive & Co, CLT Find and Charlotte Center for Acupuncture.

“When Laurel Market decided to carry it, they sold out of a dozen bottles in a few days,” said Stephanie. “Now they do several dozen a week. Oh, it would also be perfect as a cocktail mixer, but now that I’m 40 with a young family, I don’t know Charlotte bartenders very well anymore! Haha.” 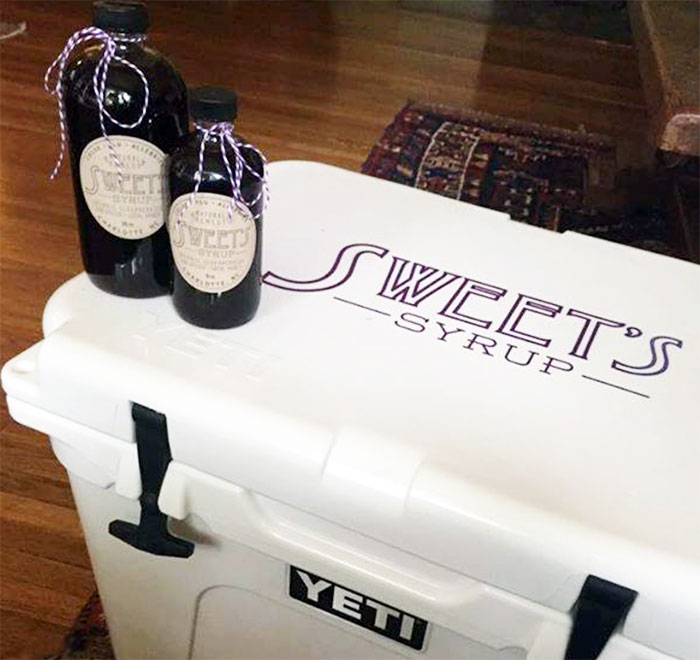 Stephanie started and still does some distribution/sales through porch pickups – people that literally pick it up from her porch and leave cash.

How will Stephanie choose to grow Sweet’s Syrup?

She’s currently investing in shelf life testing and an official ingredient list and barcode for the bottle.

There are several elderberry syrups in a place like Whole Foods, but Stephanie’s recipe is different because she doesn’t do a “hot pour” – thus maintaining the benefits of local honey. The problem with this is that it means that Sweet’s Syrup must be refrigerated. With refrigeration and an ingredient of local honey, it’s difficult to scale.

While the path to a multi-million exit and craft cocktails infused with Sweet’s Syrup on her yacht is unclear, what is clear is that Sweet’s Syrup has thousands of raving fans and Stephanie has kept people healthy.

“I’m not exactly sure how to grow the business, but I love doing this,” Stephanie said. “I’m able to help people feel better and fewer kids are missing school.” 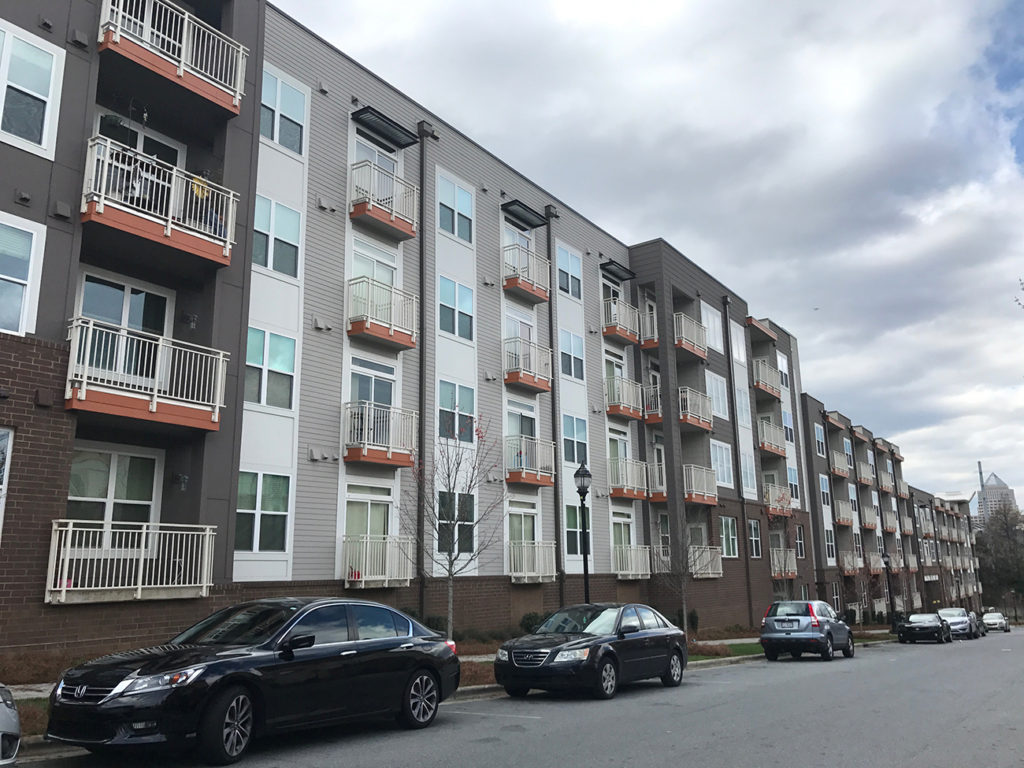