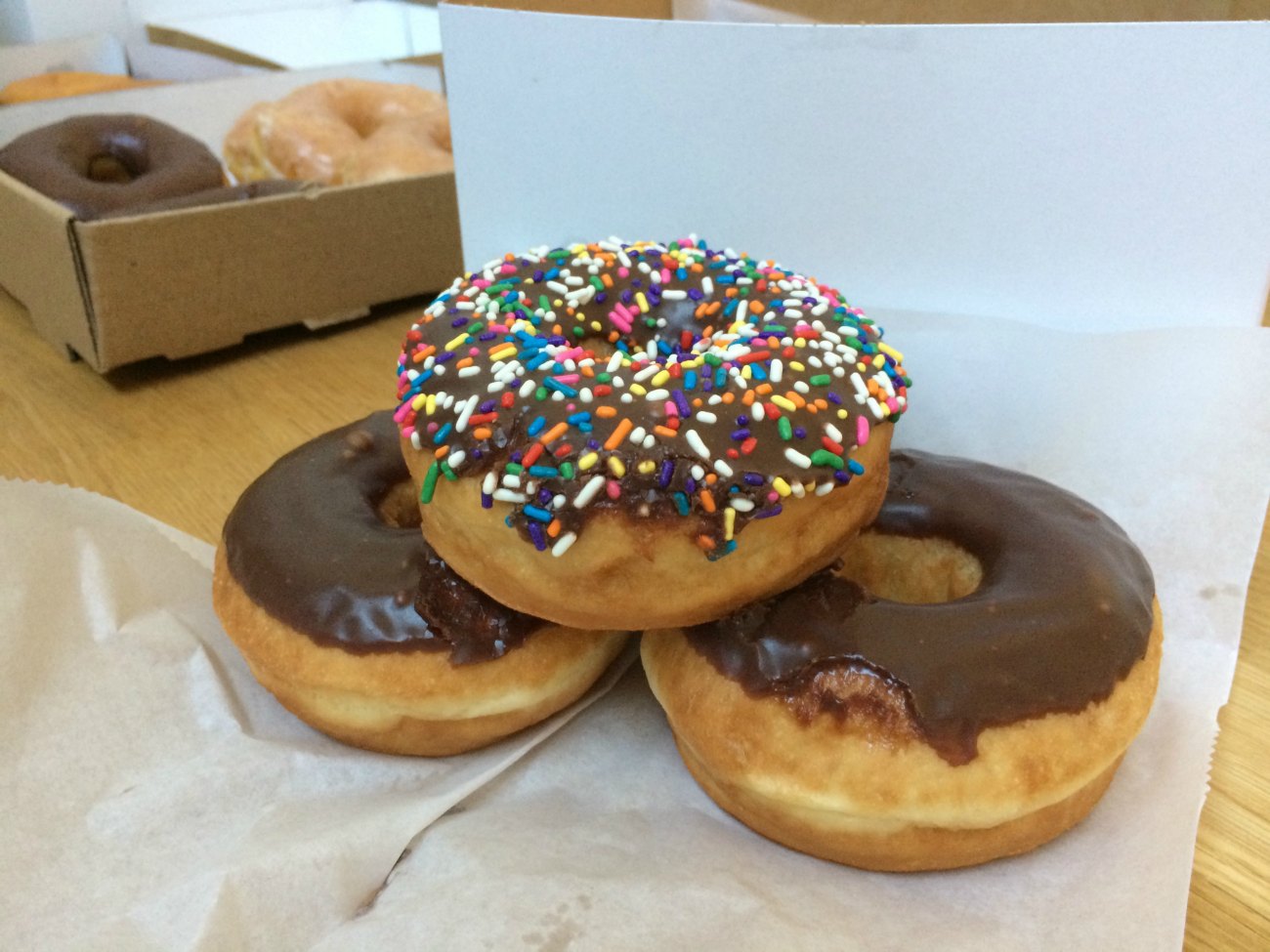 Considering Krispy Kreme has home field advantage here in North Carolina, the godfather of southern doughnuts is surprisingly hard to come by in Charlotte. There’s only one location in Charlotte proper on Sharon Amity, a second down in Matthews and more scattered in the surrounding suburbs of Indian Land, Rock Hill and Concord. That’s it.

As far as franchises go, Dunkin’ Donuts runs the fried dough scene here with more than a dozen locations inside the 485 loop. 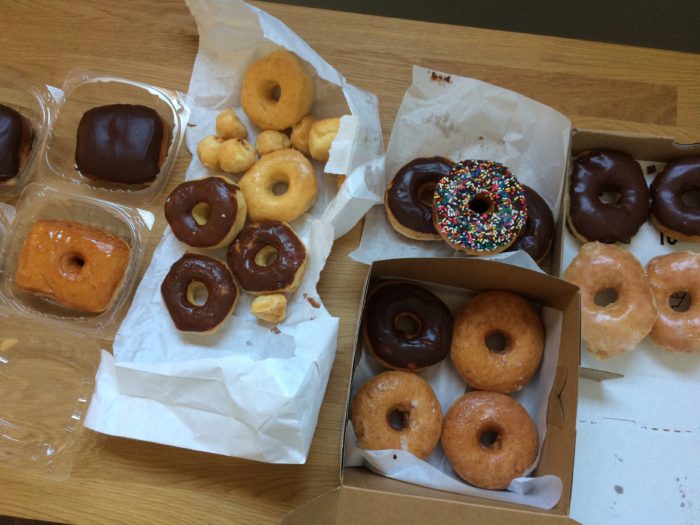 But Charlotte’s smaller-scale local craft doughnut offerings are on the rise, too. Several new shops have opened in the last few years, including Joe’s Doughs (a pop-up turned permanent bakery in NoDa), SUGAR (a food truck that put down roots in Ballantyne), Your Mom’s Donuts (a cult favorite featuring locally-sourced farm ingredients) and Duck Donuts (an Outer Banks-based made-to-order franchise with a location in Dilworth).

To sort through the ever-expanding options, we decided to put the most popular Charlotte-area doughnuts up against a Team Agenda blind taste test.

Inventive flavors and excessive toppings are all the rage right now, but we wanted to focus our taste test on the doughnut in its purest forms — classic glazed and chocolate glazed. 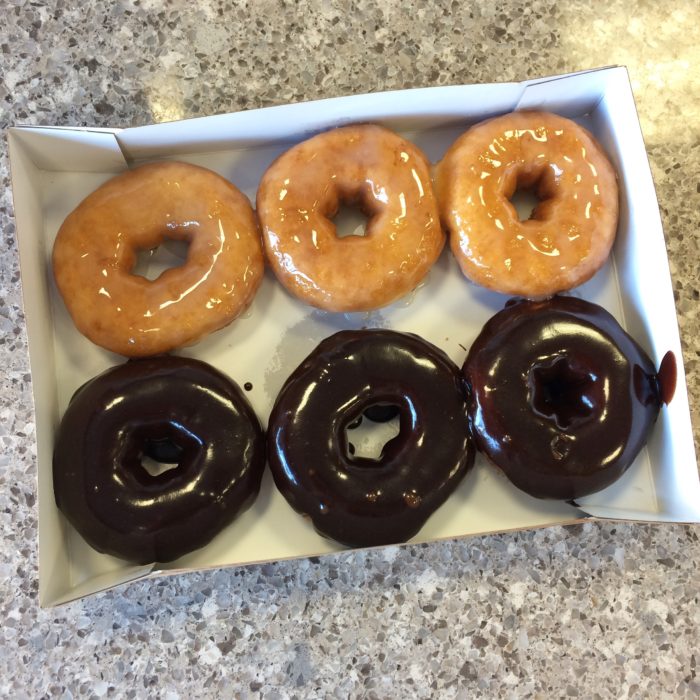 Your Mom’s Donuts was the most popular classic glazed doughnut, snatching up 4 out of the 6 votes for its unique coconut oil-fried entry. You’ll find it at 11025 Monroe Road in Matthews.

Duck Donuts won for most popular chocolate glazed doughnut, also nabbing 4 out of the 6 votes for its freshly glazed made-to-order entry. You’ll find it at 1710 Kenilworth Avenue in Dilworth. 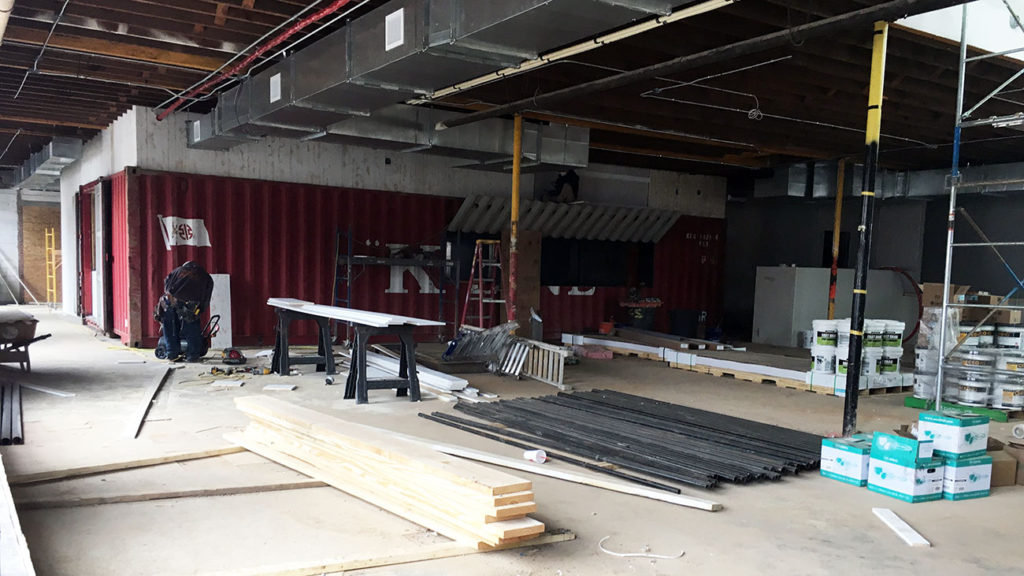 Enormous building next to Mac’s becoming a taco restaurant. In the back will likely be a barbershop and speakeasy