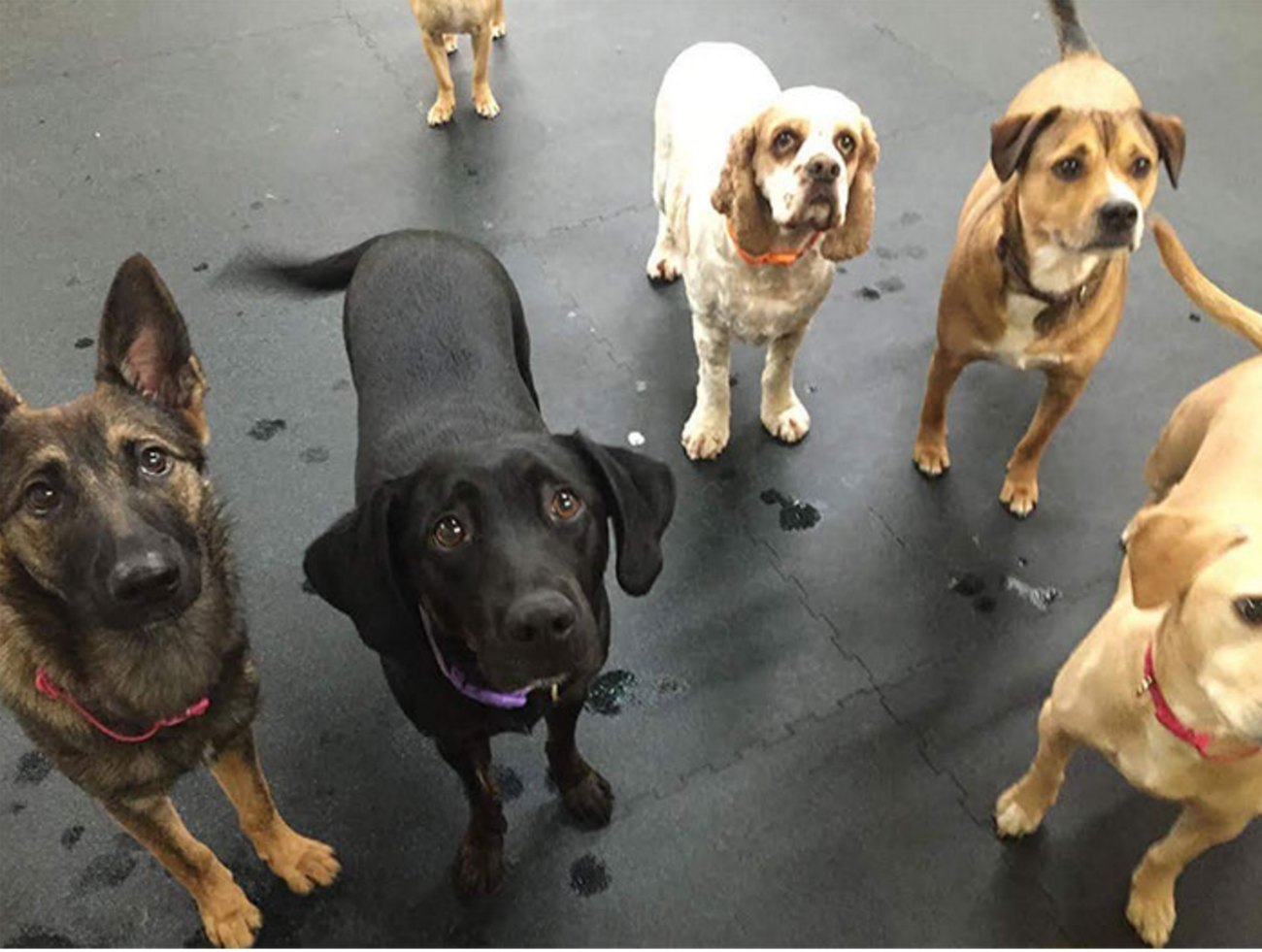 I learned three things after writing an article about my top picks for doggy daycares in Charlotte:

1. People are crazy passionate about their preferred doggy daycares and this passion can lead to red hot rage.

2. Club Fetch’s logo is NOT a Frenchie even though it looks exactly like one.

And 3. People who spend their days working at doggy daycares are super interesting and have great stories.

Don’t believe me? Here are some of Charlotte’s doggy daycare workers most revealing confessions about fecal matter, humping and annoying dog parents:

At least once a week.

Yes. You learn which dogs have a habit of peeing on everything and avoid them for the first couple of minutes they’re outside.

All the time. Shoes are the worst offenders, but we’ve had team members peed on during baths, we’ve had dogs just lift their legs on our pant legs and happy pee-ers when you pick a dog up. (Especially puppies!)

2. How many times have you stepped in poop?

Too many to count. I can never tell if it’s mud on my shoes or dog poop so…

Oddly enough this rarely happens. You are so busy scooping up poop that you really don’t step in it much.

Personally, only once in almost seven years. A dog pooped behind me and I didn’t see it happen and I took a step backwards. We try to get there as quickly as possible, because you will inevitably have one or two poop eaters in your group of dogs and you want to clean it up before they beat you to it. 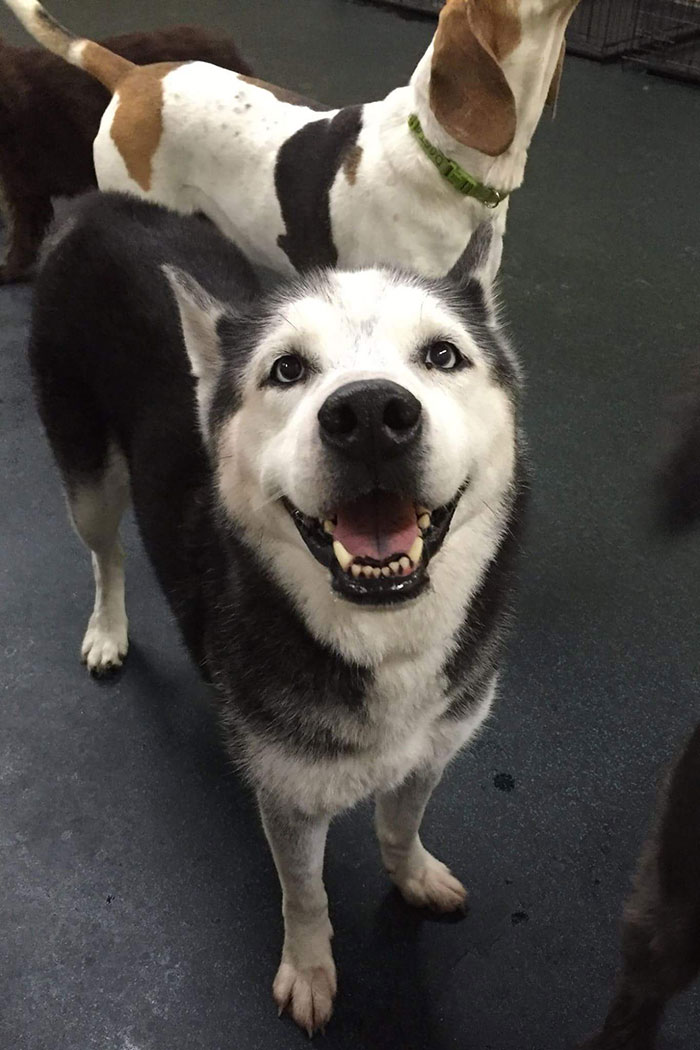 3. Have you ever been bitten?

Yes. Most of our bites come when we’re breaking up scuffles and are rare and not intentional. Even with a thorough vetting process, you still have disagreements between dogs in the playgroups. If our team members get their arms or hands in the middle of a scuffle, they can end up with a bite.

Yes. It’s just a fun perk of the job.

I’ve only been bitten once in seven years. It was a new grooming dog and he bit our groomer and then jumped off her table. I tried to pick him up to put him in a crate and he bit me too. We made his parents pick him up immediately and told them we recommend that he be sedated for grooms in the future.

4. What do you do when dogs hump each other?

Depends on the dog, but usually laugh and then break it up. Humping is a sign of stress or over-stimulation so we address it when we see it. Some dogs realllly don’t like to be mounted. You learn how to tell when a dog is about to mount another and stop it before it happens.

You have to stop this behavior because it can quickly lead to fights. Usually just separating the dogs will do it.

We use positive correction methods in our playgroups, so we try calling the dogs off first. If that doesn’t work, we may give the humper some time in a crate to break up the behavior. If that still doesn’t work, we may end up rotating the dogs throughout the day. Contrary to popular belief, there’s no sexual element to humping in a setting like ours. Most of the time humping is an inappropriate play invitation. We see it a lot from dogs that were taken away from their litter too early (usually before 8 to 10 weeks). They never got the critical social instruction from their mother and other littermates, so they invite play in all sorts of inappropriate ways.

5. Are there certain breeds that always seem to cause problems?

Yes. German Shepherds are usually bossy and Border Collies and other herding breeds are super neurotic, Dobermans and Rotties (Rottweilers) are really rough players, which can be tough to manage. Pit Bulls tend to be really over-stimulated and have little impulse control, matched with owners who don’t know what they’re doing so we often have to move Pit Bulls to private play. A lot of the smaller breeds aren’t ever trained so they’re difficult to work with.

Small dogs can be a lot more difficult to deal with than the big dogs. They usually have a lot more personality quirks and are more likely to cause trouble than the bigger dogs.

6. Do you have favorites?

Absolutely. Everyone has their favorite dog and we claim ownership of them while they’re at daycare.

7. Do you give extra treats to your favorites?

8. Do you judge dogs based on their owners?

Absolutely. Dogs tend to be a lot like their owners.

9. What are your dog owner pet peeves?

When they tell me how to do my job and when they don’t listen to us. We’re with your dog for eight hours a day, if he’s being a jackass, he’s being a jackass. I don’t care if he’s a perfect angel at home. Dogs are completely different in daycare than outside of daycare.

Picking up late and not apologizing. Also peeking over the fence and calling your dog which causes a ruckus in the play yard.

How much space do you have for this answer?! People who try to game the system or take advantage of you. They always want to use a coupon or shop around for services and try to hold you hostage with pricing from your competitors. That’s not the type of customer we’re looking for. We know we’re not the cheapest game in town and I wouldn’t want to be.

Parents who force daycare on their dogs who aren’t a good fit for off-leash group play or who don’t enjoy it.

I personally have a lot of problems with people who treat us like we’re stupid or beneath them because we work with dogs and don’t have a “real” job. We work our behinds off and have a real passion for the dogs that we work with. Most of us want to make a career out of the animal industry and a lot are doing this while also going to school fulltime. We also probably know more about your dog and her quirks than you do and can better explain to you why she acts the way she does in different situations.

10. Any other confessions or things you need to vent about? I’m here for you.

We could write a book on all the things we see! From marital affairs to terminal illness we have seen it all.

Side note: I need more details on all of the above.

Dealing with the dog parents is the worst part of the job. People are really stupid about dogs, like the family who got a Border Collie because they liked how he looked but weren’t willing to put in the intense amount of work that goes into owning a herding breed. Then they get mad when that dog is misbehaving.

There are dogs that everyone hates but we just have to put up with them. We aren’t mean or cruel to them, and you’ll never know if it’s your dog that we hate.

Burnout in the pet care industry is HUGE so if you see someone at your daycare who’s having a bad day, give them a break. It’s a very labor intensive and emotionally draining job. 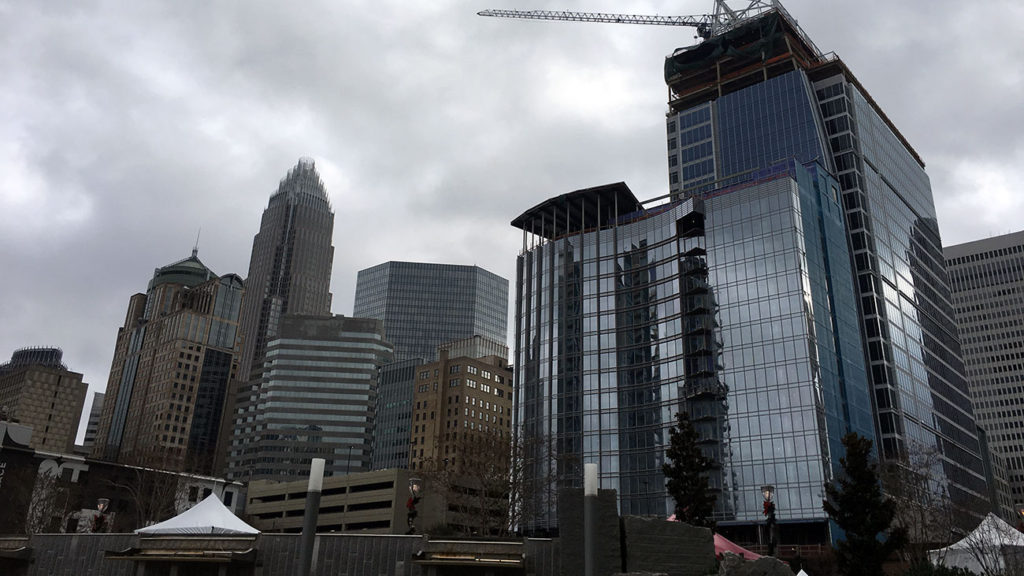