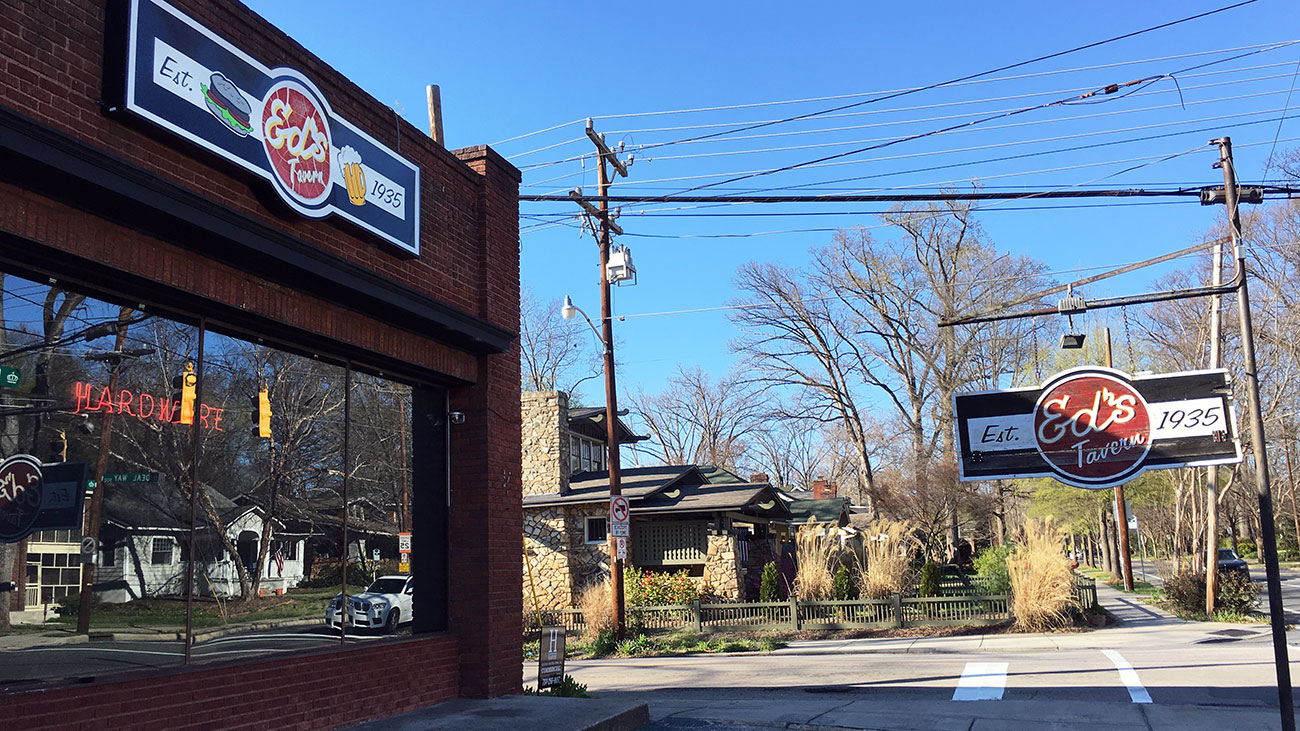 People don’t react well to change, especially when that change is an established neighborhood bar name like Ed’s Tavern in Dilworth.

Starting on Wednesday, the Ed’s name will die and be replaced with the name Bourbon N Burgers. The Agenda learned about this when a reader emailed us to say that edstavern.com now redirects to bnbclt.com. They’ve also grabbed the @bnbclt handles on Instagram and Twitter.

Commence internet outrage. We’ve reached out to Ed’s about the name change, but they’ve yet to comment – so this isn’t a 100% certainty.

Ed’s will be closed for the next few days as the final touches of a remodel are completed.

The management team has made a major investment in a new back patio and an interior remodel. The bar looks fantastic and I’m a huge fan of the garage door patio.

Bourbon N Burgers also comes under the direction of new general manager Mike Morelli, formerly of All American Pub. Mike was part of the team that grew All American into one of Charlotte’s most popular and well-known bars. Ed’s, I mean Bourbon N Burgers, will reopen March 8. 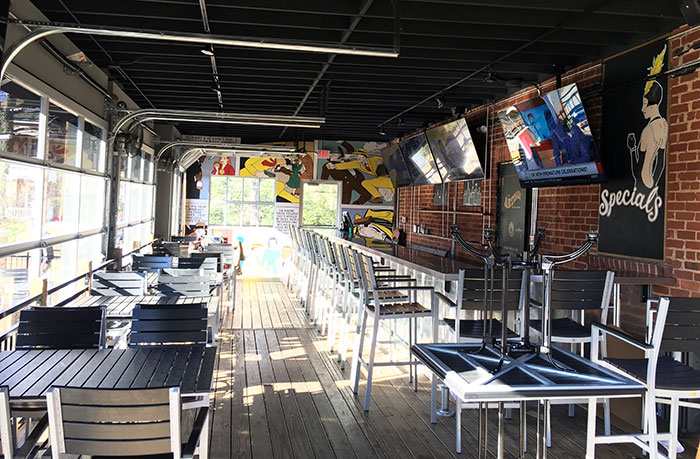 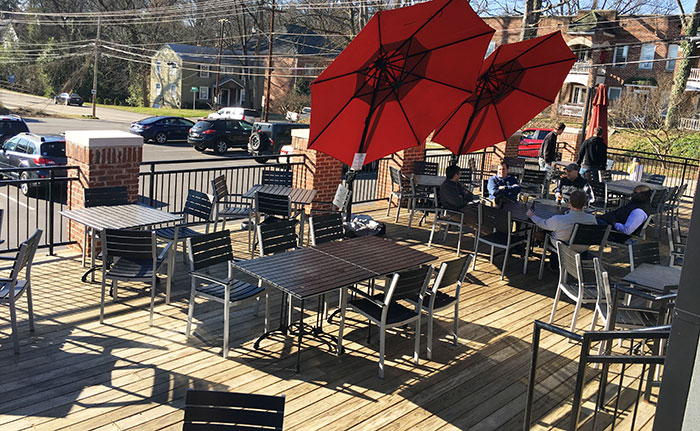 In addition to the regular menu, Bourbon N Burgers will also offer a special Happy Hour and Late Night Menu. There will be a large selection of bourbons (think Whiskey Warehouse style).

I agree with the strategy to rebrand the bar in order to reflect the new menu, ambiance, service and management.

That said, it’s going to take time for regulars to get used to the name “Bourbon N Burgers” – especially coming from a name as iconic as Ed’s. While I’m not a huge fan of the new name, I don’t really care – it’s just a name. But others disagree.

Ed’s Tavern will be closing for three days in early March. It will re-open with a new name, menu and ambiance. The transformation comes after the Dilworth bar has made a major investment in a new back patio and complete interior remodel. It also comes under the direction of new general manager Mike Morelli, formerly of All American Pub. He wouldn’t share the new name with the Agenda, but it’s already been picked out. The bar will close March 5 and reopen March 8.

“I hope they tear it down and build what CLT really needs, more apartments.” – D

“Dude. Nothing is sacred in Charlotte anymore”. – K

“Ed’s is well known as it is. No need to ‘rebrand’ it. It’s likely to be a flop after. ‘If it ain’t broke don’t fix it.’ Charlotte has failed to learn that and incorporate a mix of old and new.” – M

“ANOTHER CRAFT BEER PLACE? Really? Like we don’t have enough already! How out of touch can you be with your patronage? #LeaveEdsalone” – R

“God forbid Charlotte have anything with history. Way to ruin a perfectly good bar.” – A

“Hope it doesn’t lose its character and laid back atmosphere. I like All American for what it is but hope it doesn’t turn into another one.” – C

“Ugh! I get wanting to update it and it’s menu or better the interior but why change the name?! It’s an establishment! Just relaunch improved with the same name.” – Z

“If Ed’s turns into another All American or sh***y hip Taco place I will be so mad.” – B

“The new patio is sick but they better not take the good pub vibe outta Ed’s!” – A

While some some regulars are upset with the new rebrand, others are excited for a fresh start. Here’s another sample of comments:

“I’m actually super excited about this I bet it’s gonna be awesome!” – J

“Good deal. Now maybe servers’ greetings won’t include, ‘Hi I’m your server. We’re out of wings, burger meat, lettuce, and pork. What can I get you?’ I love the place, but their supply management needs a gut check – K

“Definitely hope there are some new chefs we had dinner last night that was terrible.” – H

“Hey guys, we understand everyone’s concern over what is happening at Ed’s. I would like to clear the air after reading some readers comments after the article came out. (1) We are not a Bottle Cap Group store. (2) We are doing some remodeling to the inside, but we are keeping the exposed brick and just trying to brighten up the place a bit, mostly cosmetic changes. (3) The biggest remodel is to the deck which we have been working on for what seems like forever. The enclosed patio will have a fully operational bar with beer, liquor and wine. (4) We are keeping our fantastic draft list, adding a bunch of specialty drinks and even some frozen cocktails to help everyone beat the heat while they enjoy our large patio. (5) We believe that the new management team and the new staff that they are bringing in are top notch and will provide the best customer service experience possible. (6) The one thing that we will not be changing at Ed’s is the neighborhood feel and appeal that Ed’s has always had, we are just trying to crank it up a notch. (7) We also understand that seeing is believing and we are just asking that everyone, give us a try and come check it out when we reopen on March 8th. (8) Basketball game and trivia will be staying. – Ed’s Tavern”

There is little doubt that physical improvements, service improvements and food+drink menu updates will provide patrons a fantastic, neighborhood pub experience in the heart of Dilworth.

But, with the name change from Ed’s to Bourbon N Burgers – don’t expect this rebrand to be without drama. 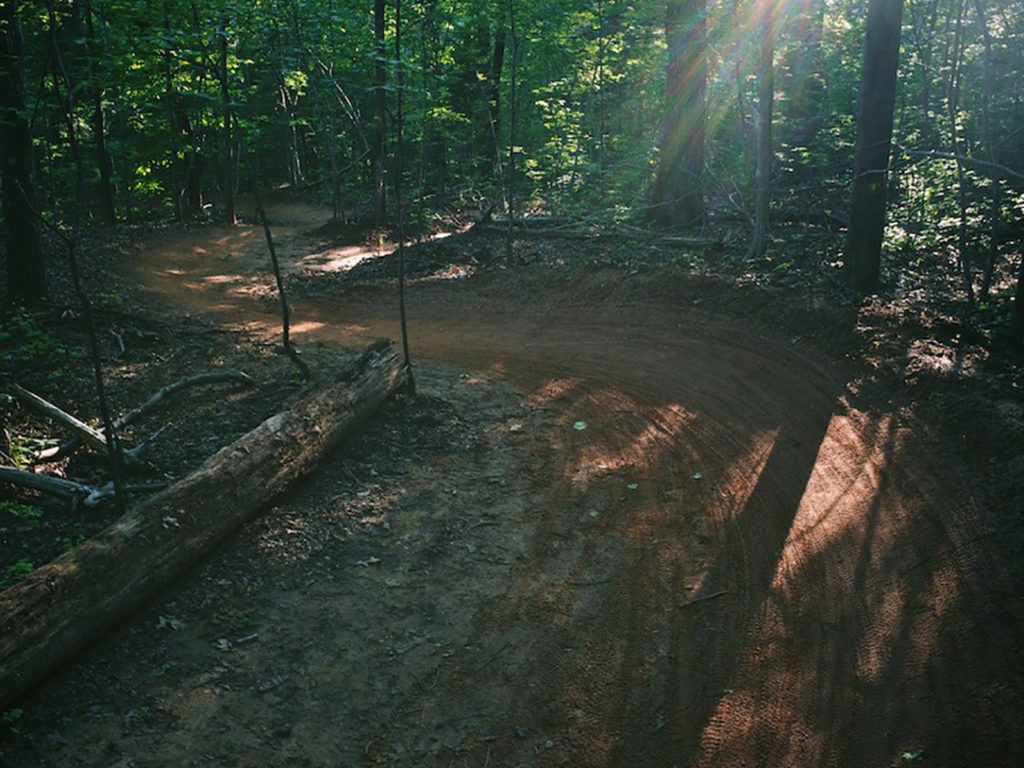