Why are Charlotteans sitting in rooms filled with salt? 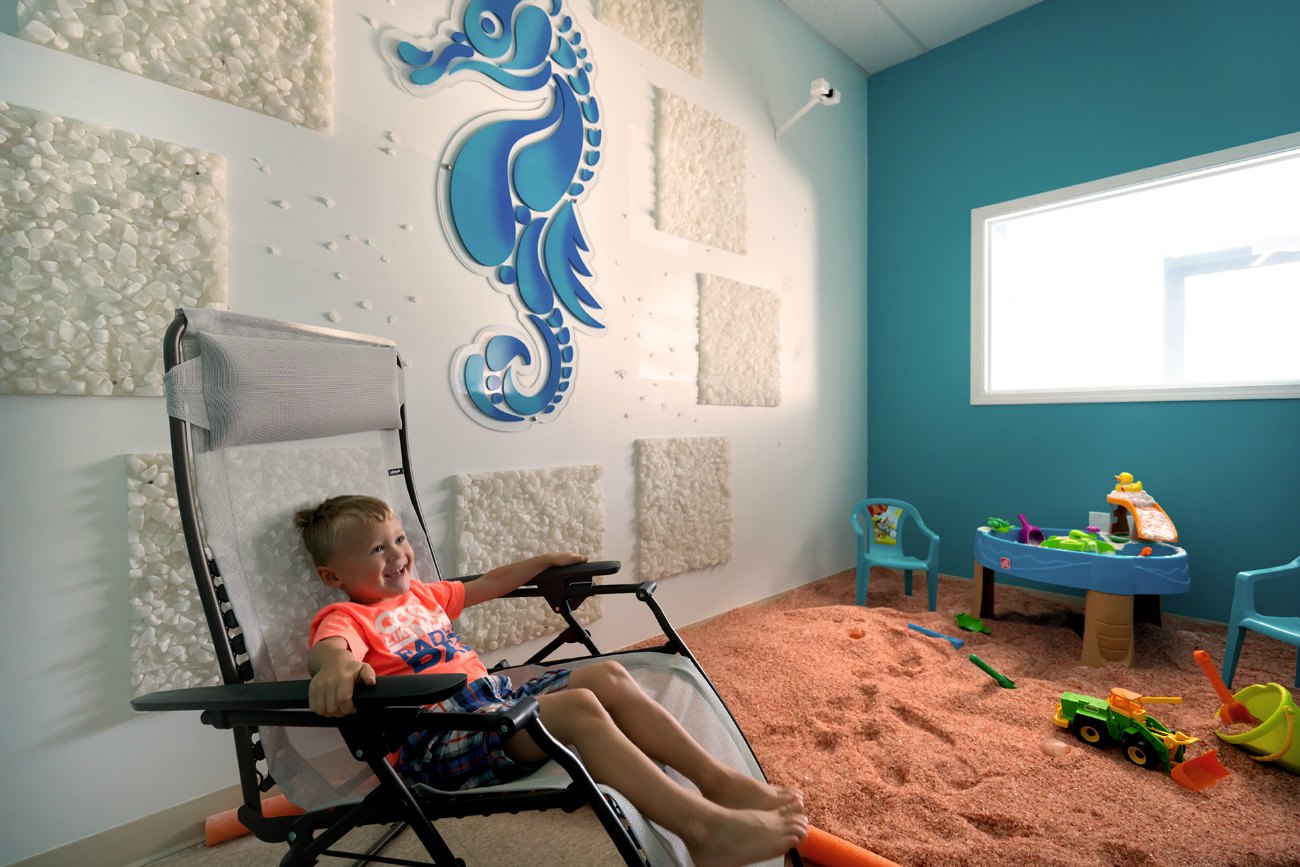 But for people with chronic respiratory illnesses and skin conditions, salt air can be a source of great relief from life-altering symptoms. Cystic fibrosis patients, for example, often report improved respiration after a day at the beach, as do suffers of eczema who find relief from dry, itchy skin.

And there are benefits to salt air exposure on land, too. In the mid-19th century, doctors in Poland noted that salt miners were free from respiratory illnesses common in metal and coal miners and, in fact, were healthier than the average citizen. Research into the benefits of salt dust and the creation of salt cave treatment clinics followed.

Today, salt rooms designed to replicate the environment of those early European salt caves are popping up across the country, and we have one right here in Charlotte.

Infinity Salt Rooms started out with a therapy room inside OM Spa in Myers Park and last year expanded to a standalone multi-room facility in Ballantyne, which is a slightly more manageable commute than a trip to a Polish salt cave. 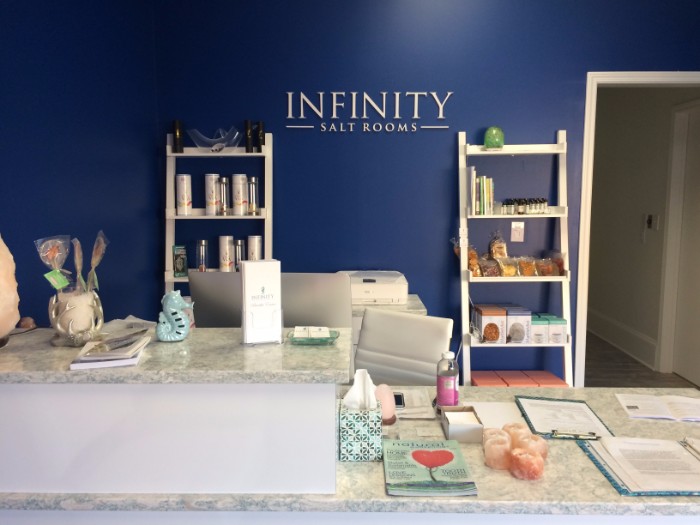 Salt therapy, also known as halotherapy, is the dispersal of pharmaceutical grade salt into the air in a special salt-covered room.

It’s used as a treatment for respiratory illnesses like asthma, bronchitis, allergies and COPD and for skin conditions, including acne, psoriasis and eczema.

Infinity’s clients swear by the therapy, some coming in multiple times a week or even daily for a 45-minute treatment. 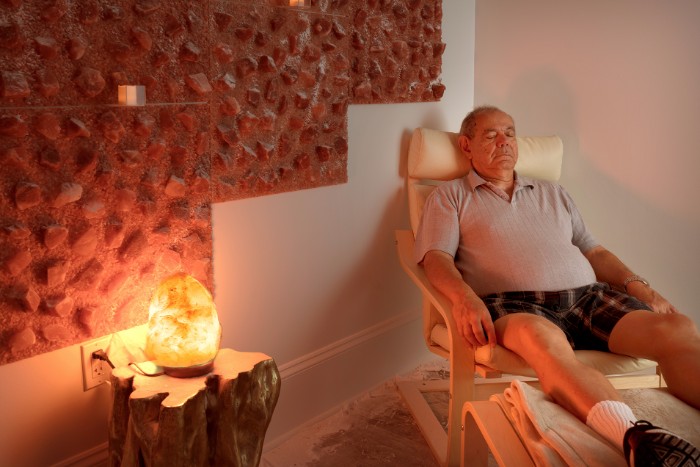 Salt therapy is simple and relaxing and, for me, manifested as a nap.

All you have to do is sit in a cozy room covered in giant slabs of pink Himalayan salt and breathe in the ultra-fine micron-sized salt particles that are continuously pumped into the room by a machine called a Halogenerator.

Electronics are strictly forbidden — because they distract from your relaxation and because the tiny salt particles will destroy it — so I promptly passed out. That’s it.

For children, toys and entertainment are available in a special kid-friendly therapy room where even the floor is covered in salt crystals. 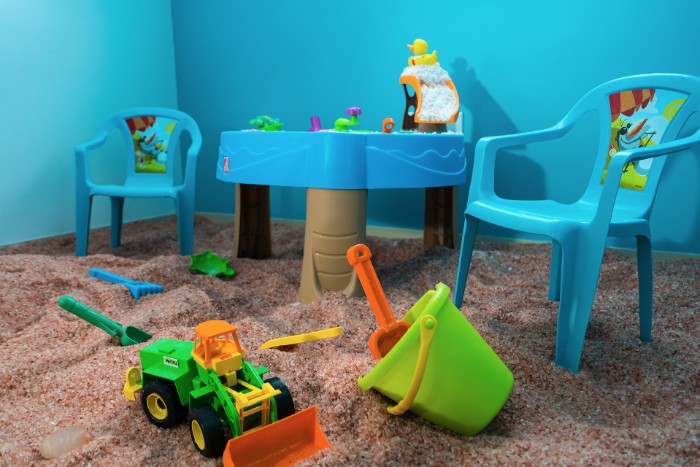 Regular treatment is required to maintain the benefits of salt therapy.

Owner Anne Glasgow told me that clients who go away on vacation and miss treatments will often regress so she works with them to try to identify salt therapy rooms wherever they’ll be traveling. 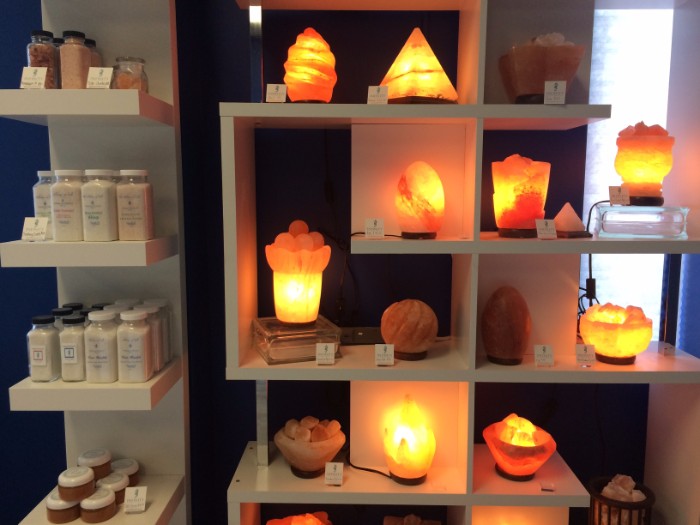 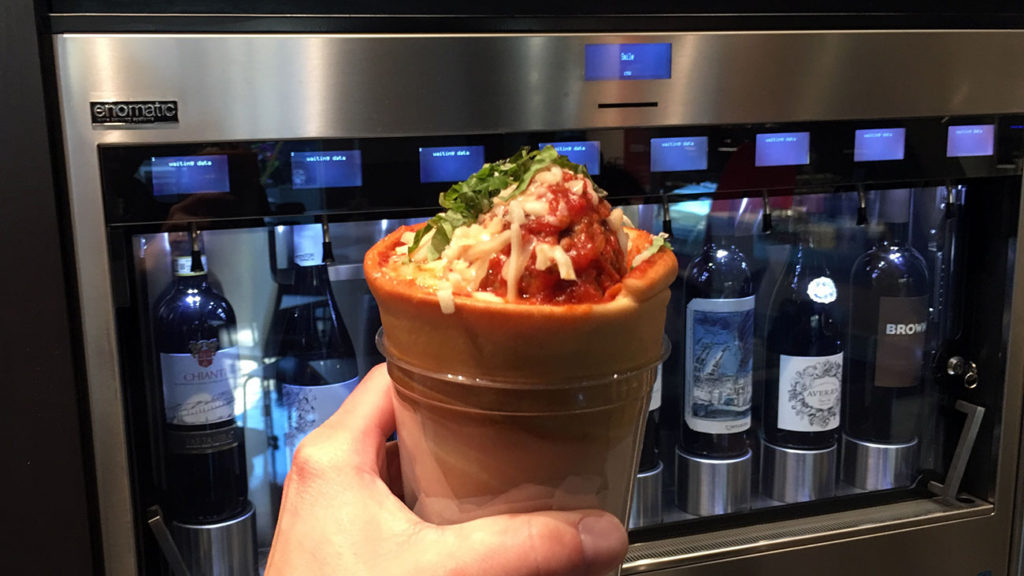