Ok, ok, I get it. It’s June. But that doesn’t mean that we Panthers fans are any less enthusiastic about our home team. With owner Jerry Richardson in the news recently for his generous gifts to the families of victims in Charleston, to the upcoming kickoff to training camp, there’s always something to be cheering for in the Panther Nation.

With that in mind, I felt it appropriate to be sure that all QCers are aware of the opportunities available for getting involved with supporting the team.

I recently learned about Zack and Roaring Riot through my friend Chris. RR’s mission to enliven the Carolina Panthers fan base caught my attention, and I knew I needed to know more.

Below is what I learned from Zack about Roaring Riot and its presence here in Charlotte. Take a read, and then get ready for some football fandom.

A: The un-official fan union for the Carolina Panthers

Q: What is the inspiration behind Roaring Riot?/How did you come up with the RR concept?

A: The goal of the Roaring Riot has always been to unite and strengthen the Panthers’ fan base – here in Charlotte and in other cities around the country. We’ve always used the phrase “change the culture” to describe our mission – meaning we want to create a stronger home game advantage (stop PSL [Personal Seat License] owners from selling their tickets to opposing teams’ fans), and to create a strong Panthers fans presence at away games.

This year we took a huge step by joining forces with 6 existing Panthers fan clubs in cities outside of Charlotte. Those cities are: Denver, New Orleans, Atlanta, Raleigh, Washington DC, and New York. Since our expansion we have added full Chapters in Greensboro and Winston Salem and Affiliate Chapters in Columbia, Charleston, and Greenville, NC. As of today we have nine cities with full Roaring Riot Chapters, three cities with Affiliate Chapters, and at least 10 where Panthers fans are in the beginning stages of rallying fans to try and start Chapters.

About the concept…the American Outlaws are the fan supporter group for the US National Soccer Teams. What they’ve done to create a national support club is amazing. We’ve taken a lot of their template and implemented it into what we’re trying to accomplish for Panthers fans. We’re one of only two fan bases in the NFL that have implemented this fan supporter model. A: They can visit our website and become a Roaring Riot Member. There’s an annual membership fee. For that fee members get: a Roaring Riot Membership T-shirt, RR sticker, membership card, a designated tailgate area, discounts on all of our away game trips, and discounts at our local vendor partners’ businesses. Plus they will be a part of “changing the culture” of our fanbase and help us grow and create a national network of Panthers fans.

Since we launched the membership program 6 weeks ago we have over 650 registered members. Before we launched our goal was to get to 1,000 members in the first year, so we’re well on our way and there are still three months before the start of football.

Q: Where is the RR home base?

A: Our Charlotte Chapter, the Queen City Riot, is considered the home base – just for the obvious reason of being in Charlotte. All of our chapters remain autonomous and govern themselves, but we all participate in events together (for home and away games) and we’re working together to create traditions, culture, etc…

Q: What has been your best RR experience so far?

A: We’ve had so many awesome experiences traveling to away games and I could name several of those as a best experience, but the most incredible experience so far has to be our nationwide launch. From working and coordinating with the existing chapters and having them totally understand the value of partnering and doing this together…to seeing the reaction from the fans and their excitement and eagerness to become members and be a part of making a difference; Panthers fans are ready to unite and join voices and it’s amazing to sit back and watch it all come together.

We have members in 26 states and 8 countries in only 6 weeks and we think that is pretty amazing.

Q: My hubby and I happened to be at Dilworth Neighborhood Grille last week when the RR-sponsored “Bring It 4 Braylon” event was going on. It was awesome! How often does RR participate in charity-related events? How can organizations looking for support get in touch with RR for possible co-sponsored events?

A: My vision for the Roaring Riot is to build a network and community of Panthers fans that aren’t just getting together to watch our team – we do whatever we can to support our entire community.

So after learning Bray’s story, and knowing he’s such a huge Panthers fan, our members wanted to get involved. We had such a good time making Braylon and his parents Roaring Riot Members and surprising them with an all-expense paid trip to join us in Jacksonville.

Our organized tailgate in Charlotte is called “Tailgate with a Purpose”. We’ve partnered with some really awesome local companies to help put it together. Members have an option to donate during the tailgate and that money goes to the Panthers “Keep Pounding” American Cancer Society charity, Operation Smile (repairing cleft lips and facial deformities on children worldwide) and a few other local charities. Last year “Tailgate with a Purpose” raised close to $10,000.

Our commitment and support extends beyond just doing charitable events. In every city we have a Chapter, we want to work with local businesses to support that city and community and be loyal to businesses that support the Roaring Riot. Q: What is your dream scenario for RR in the future? What are your plans for getting there?

A: My dream for the Roaring Riot is to have multiple chapters in every state, a strong international presence, tens of thousands of members who all work together to support the Panthers and create impactful and meaningful events for our communities, and most definitely a Roaring Riot cheering section in Bank of America Stadium for all home games.

My plan is to continue to do what we do best…cheer on our team, create amazing away game experiences, welcome with open arms any and all Panthers fans who want to be a part of our mission, and to be a positive impact on our communities.

A: Tough question – we know a lot of them. I’m not sure I can even single just one of them out. Our philosophy is that every fan has something to bring to the table and when we all work together, we’re the strongest collection of fans – the strongest group. That’s what we’re after.

A: Surprisingly this is an easy one for me. It’s Thomas Davis. The man is everything, as a fan, that I want to cheer for. He’s a leader, an incredible player, he’s had to overcome so much adversity, and he’s never given up. He’s loyal to his team, to Charlotte, and gives so much of himself through charity. He’s a true role model and I look forward to telling my newborn son about him when he’s older.

[Sidenote from Clay: Thomas made a cameo appearance at the Bring it 4 Braylon event, and my hubby and I were beside ourselves when he started dancing with Braylon to celebrate. It. Was. Awesome.]

Q: What else should readers know about RR that they can’t learn from your website?

A: I want everyone to know that we’re coming – and we’re strong – and that we’re going to make a huge impact – and that we welcome everyone to join us and help make us even stronger. This fan supporter model is coming to the NFL, and although we may not be known as the strongest fanbase, we are way ahead of 30 other teams in coordinating our efforts as a group nationally. If we do this together our legacy as a fanbase will be historic.

Ok, Panthers Nation. You heard the man. Now, get out there and show this world what you’ve got! 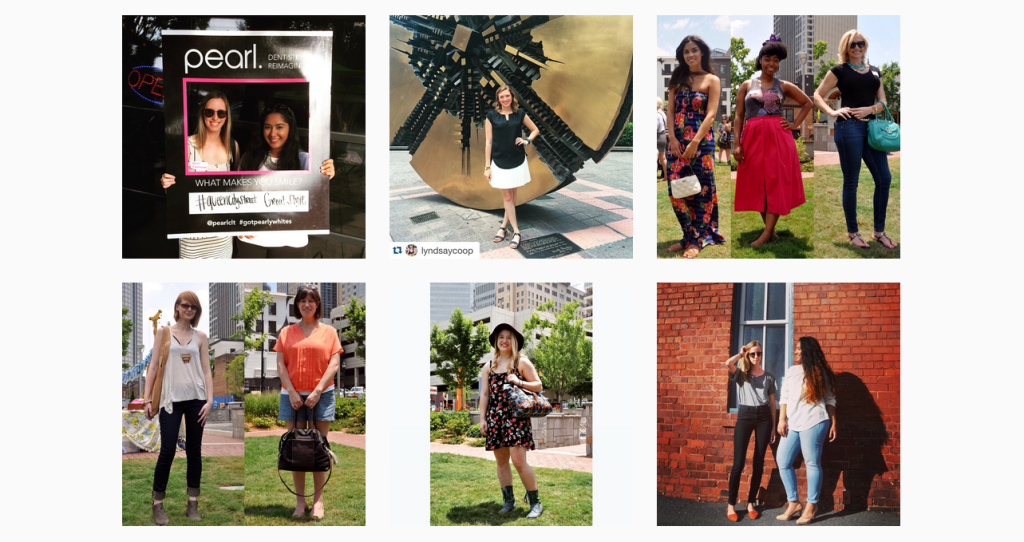