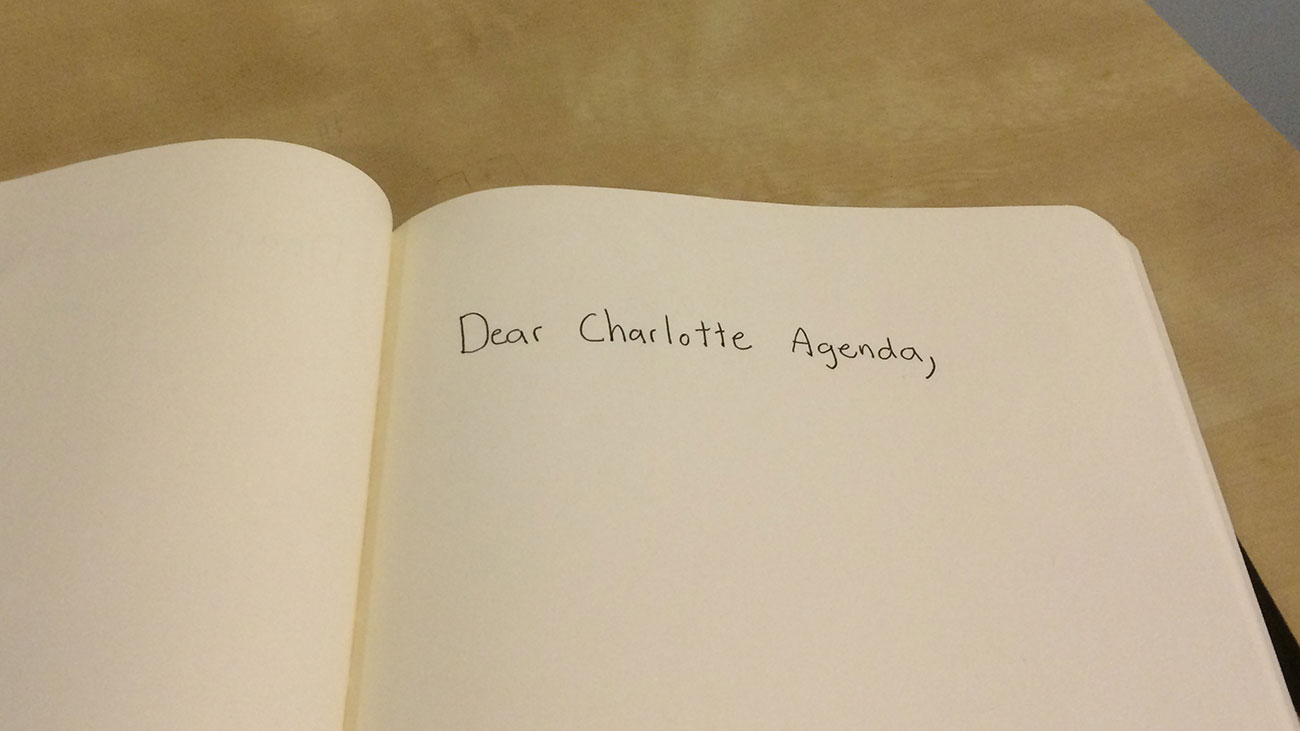 This is part of an ongoing series titled Mailbag, items readers submit via email or our feedback form(not social media, everybody already sees that). We get a ton of feedback, this is not close to everything (it’s about 4%), but it’s a good sample.

In response to our Events page:

“I appreciate y’all listing events for people to go to, but I am actually very disappointed that you keep encouraging people to go to the circus.” – P

In response to: Trust me, go order the $3.50 burger from this seat-less restaurant in NoDa. And get it “All the way”

“If you haven’t had a Burger at the Foxcroft Wine Co. or the Crepe Cellar you should! Maybe there should be a ‘high end’ burger category.” – L

In response to: Gluten-free? Here are 10 of your best Charlotte restaurant options

“Providing gluten free menu options requires so much more than just having a separate menu or offering a GF bun. The entire wait staff and cooks need to be trained. The kitchen needs to be set up with a separate prep and cooking area and steps need to be taken to make sure serveware and cookware are properly cleaned and decontaminated. And then the management staff needs to make sure these steps are followed Every. Single. Time… I’m also disappointed on the number of restaurants that were left off this list in exchange for the unsafe options. They are well respected in the celiac community and deserve to be recognized for their dedication to providing truly safe meals and for not treating their GF diners as an inconvenience. To name a few: Tupelo Honey, Chopt, Luna’s, Comida, Pisces, Nolen Kitchen, Vivace, Cowfish…” – R

In response to: ICYMI: The most gerrymandered school districts in Charlotte

“We do need an honest discussion about affluent parents leaving CMS and going to private/charter, but for the most part this is already the case. It’s why people left in droves for Union County. CMS is only 28.6% white in a city where the general population is 58.9% white.” – D

In response to: Clark Barlowe is a culinary psycho and Heirloom is well on its way to being our city’s undisputed #1 restaurant

“Perhaps your fellow diners had that ‘in the know’ smirk because they saw that you and your wife ordered not one, but two, tasting menus. Total rookie move. Heirloom’s tasting menus are intended to be shared.” – H

“Please hire a real food writer to review restaurants instead of F’ing Ted, who sounds like a clueless dolt with no more food expertise than your Uncle Ralph from Toledo. Wow, the chicken is amazing! Best I’ve ever had! Better than Bojangles even! Order two portions ha ha ha!!! The second I see Ted’s name on a restaurant review I want to chew my own arm off.” – B

In response to: I wouldn’t rent a micro-apartment in South End, even though it could save me $500 per month

“Micro apartments an easy way to bankroll $6,000 per year. After three or four years, that is enough money for a down payment on a house or condo. Who needs a gym when F3 is free?” – D

“You pay more in rent than I pay for my house. My house isn’t large, but it’s over twice the size as your soap box. And I have $100K built up in equity. Maybe you should consider the tiny apartment; save that $500+ per month, and buy a house.” – S

“You’re misreading the floorplan pictured in her article. The bed is a pull-down (known as a Murphy bed) in the big cabinet behind the couch. How hard would it really be to just move the small coffee table aside and pull the bed down each night, then push the bed back up and replace the coffee table in the morning? Bonus: you don’t need to make the bed every day, so the effort balances out.” – H

“Developers don’t invest millions of dollars in projects without doing extensive research to prove to themselves (and their lenders financing the project) that the market exists.” – R

“I bring home about $30,000 a year and at over $1,000 a month rent (assuming it’s before electric, wifi and trash) THAT’S not affordable either. Housing options for singles and low income workers are deplorable in Charlotte. Horrible.” – L

“You do realize you could live in the micro apartment join the YMCA for 70 bucks and still save yourself money instead of paying an outrageous 1300 dollars for a 1 bedroom apartment. Shoot, you could even join a crossfit gym for 100-250 bucks and go to pools with your friends who are suckers enough to pay stupid amounts of money for an apartment in south end.” – M

In response to: Cash Confessional: A week of spending in Charlotte on a combined $275,000 salary

“Guys, this was seriously the most readable, funny confessional yet. We all think, ‘If I just made XYZ more money…’ we would be debt free, better savers, better givers, healthier, wealthier and (gasp) happier people. Not true, seemingly. It just changes the scale of whatever habits we already have. No envy, no slams. High five to the family for putting their spending on paper and thanks for the tips about Hello Digit and JT Posh Consignments.” – G

In response to: The 13 CEOs that matter in Charlotte’s high-growth technology scene

“So. Much. Testosterone. Dan/Daniel/Jon/John/John/Michael/Mike… Yes, I understand women are heavily underrepresented in the technology sector (a problem in and of itself) and that’s what this article focused on, but maybe you should’ve put this one on the back-burner until you were able to produce a more diverse piece. ” – Y

In response to: A county commissioner perfectly summed up the argument against the MLS stadium deal

“To my young, naive, millennial brain, it just doesn’t make any sense. I don’t see the love of soccer amongst my peers, in this city or even in this country. There’s nothing wrong with soccer… it’s just not our sport. I work for a British owned company with lots of British and foreign people (who do love soccer, or rather ‘futbol’), and even they agree that a MLS stadium here would be an utter waste of money. How many of you have been to an Eagles game? I think I went to one, with my rec league soccer team when I was like, 7. The demand is just not there.” – W

“I am a Charlotte native, a lifelong Democrat, and I love this city and I love soccer. I played youth soccer here, I played soccer through my high school years, and I played intramural soccer in college. I have been a youth soccer coach for 3 seasons for my son’s team. Soccer is a beautiful game. AND yet, County Commissioner Jim Puckett is EXACTLY RIGHT!” – V

“I’m torn on this one. As a young adult who loves the game I’d be ecstatic to have an MLS franchise and would immediately become a fan. As a fiscal conservative who gets incensed every time I see a city fund a new billion dollar NFL stadium for businesses that already print money, this reeks of an organization taking advantage of local governments. In the end I just can’t get behind this one the way it stands today. If the Smith’s want an MLS franchise so badly they have the money to do it and no doubt could get that $75m loan elsewhere.” – S

In response to: I went to the Charlotte Women’s March, and no one looked like me

“As a Black woman who attended the march I was also taken aback by the lack of diversity. There was a point when I first arrived that I wanted to turn around and go home but then I remembered I did not need anyones permission to be there. I’m so tired of us (WOC) waiting for someone to grab our hands and invite us to their circle. We will always belong no matter how uncomfortable the situation. Grab a chair, join the table, and let’s work!” – K

“Did anyone ridicule you just because no one looked like you? No. It was all in your head. Did you engage any of the people around you and tell them your plight? No, you just had a pity party.” – A

“Rather than feeling dismayed that one minority group was more present than another, we should feel emboldened that so many people came together to challenge bigotry, misogyny, and racism. I guess all I’m saying is social activism can be messy and imperfect, but the important thing is keep your head (and your protest signs) held up high.” – J

“This HUGE event was discussed, televised, social-media’d, written about in the paper, posted on community boards in supermarkets and coffee shops for weeks, and what…. ‘white people’ are to blame that apparently only TWO Latinx (and don’t get me started on that word – I almost stopped reading the article at that point) showed up to a 10K+ rally??? Seriously? What did she want to happen? Whites to drive to ‘Latinx’ communitix in their Volvos and Suburbans (I mean, we all drive those, right?) and transport them downtown to march? How was ANYONE not included in this invite?? No phone? No TV? No computer? No eyes? Ears??? Does she think there’s some ‘Daily Journal for White People’ that gets delivered to 58.9% of our doorsteps? Last I looked, everyone had access to the same resources, you just needed to make an effort.” – T

In response to: Charlotte needs a law school. It’s time to start a new one (or recruit one)

“NC already has too many law schools. Many of them excellent schools. The vast majority of CSL grads are working in Charlotte for $23-$25 per hour doing document review. While CSL may consider that working in the legal field it is a far cry from working as a lawyer. The legal departments at major banks/corporations won’t hire CSL grads & and why would they when there are brilliant grads from Duke, Wake and Carolina.” – L

“Charlotte doesn’t need a law school. Anyone who’s glanced at law schools can tell you that. As you pointed out, applications are at an all time low. NC has enough law schools. CSL failed because they admit a large number of students who shouldn’t be in law school period. Low standards create these problems. If you can’t get in to any of the existing law schools in NC, then you should settle with an MBA and go work for BoA.” – O 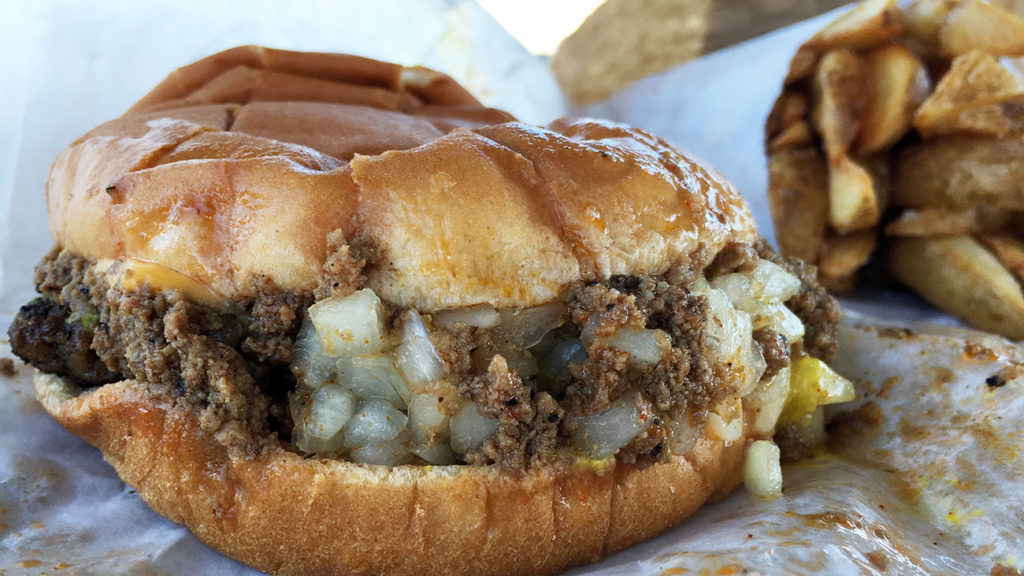 Trust me, go order the $3.50 burger from this seat-less restaurant in NoDa. And get it “All the way”