I wouldn’t rent a micro-apartment in South End, even though it could save me $500 per month 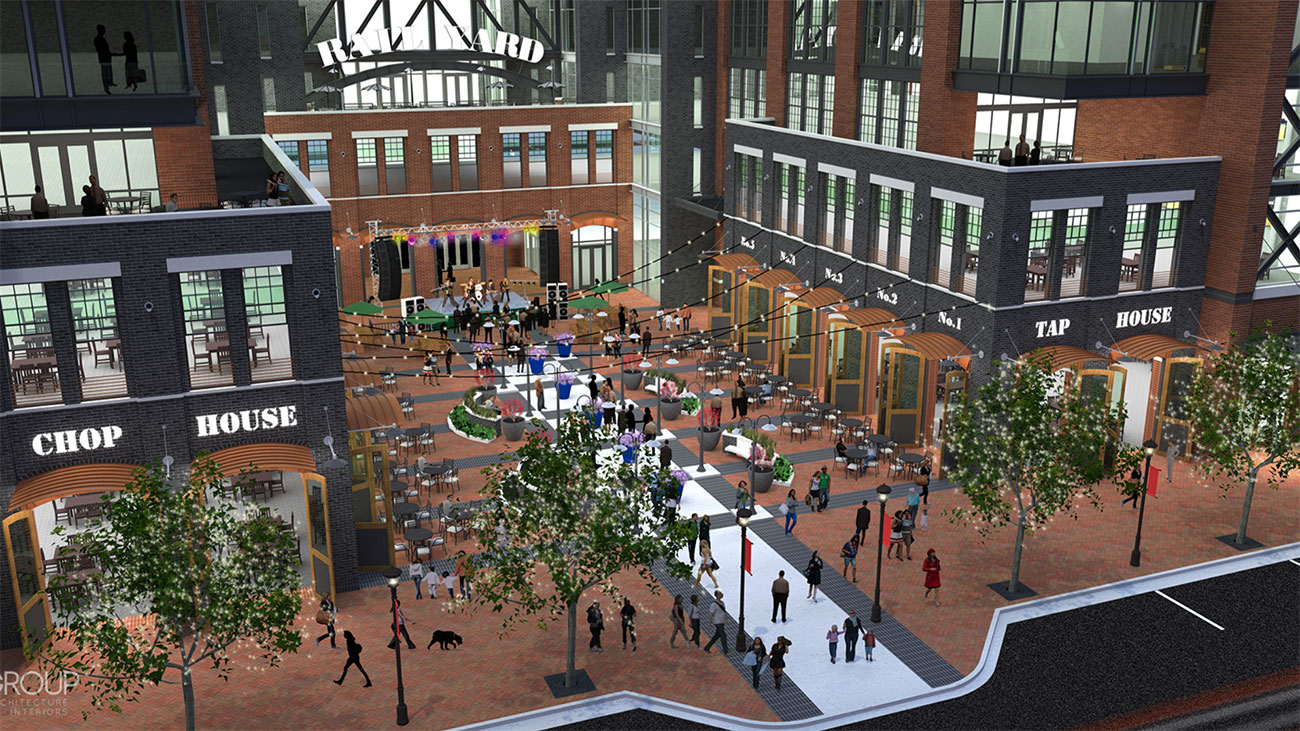 News broke early this month that local developer and architect David Furman would be working with Beacon Partners to bring a new type of living space to South End: A group of 100 micro-apartments that are expected to hover around the 400-square-foot mark. 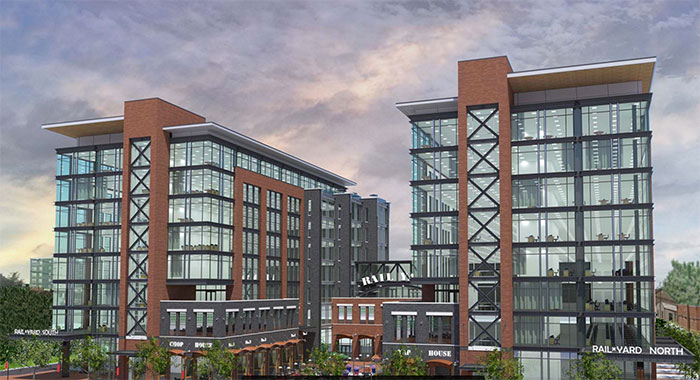 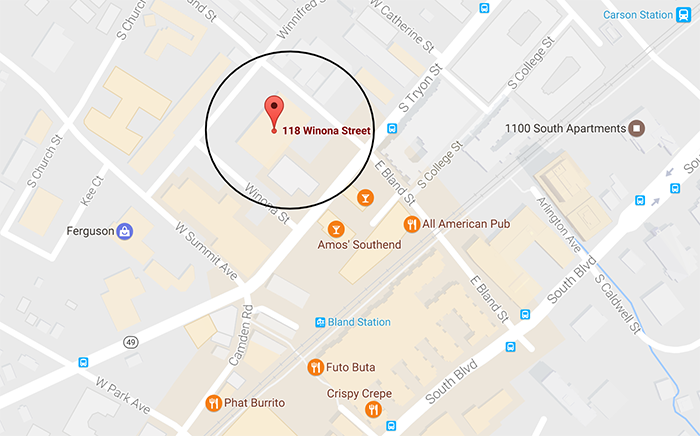 The units themselves, which will be built around The RailYard’s parking deck, are just that: Units. Amenities will be scarce, but it’s on purpose, says Furman, who’s relying on the building itself, along with the South End neighborhood, to make up for it.

Rent will, theoretically, reflect both square footage and the limited amenities, and will most likely come in at under $1,000 per month.

Many in Charlotte are saying that when it comes to the success of The RailYard’s micro-units, all signs point to yes.

Speaking as someone that will actually be in the market for a new place to live in just two months, though, while the price point is enough to make anyone take pause, the tradeoff isn’t great enough to make me consider signing a lease.

A recurring theme in the Instagram comments we received on the idea is that Charlotte, despite its rapid growth, hasn’t hit the point of needing such small units. Cities like Chicago, New York and San Francisco, where the units are popular and whose populations each exceed 4 million, Charlotte is not. We just don’t need them yet.

Even if Charlotte did need the units, the RailYard’s location is an A+ one, and I’d bet on it, too, as I can vouch for it. Living in the heart of South End, my life is at my fingertips: I’m a five minute drive from work and Uptown and an easy two minute walk from the Bottle Cap Group-owned block of bars and restaurants on East Bland. Publix is close enough to justify going back for a dinner ingredient I forgot and the Light Rail and Rail Trail are steps from my front door. In fact, I can hear the train go by from my bedroom. 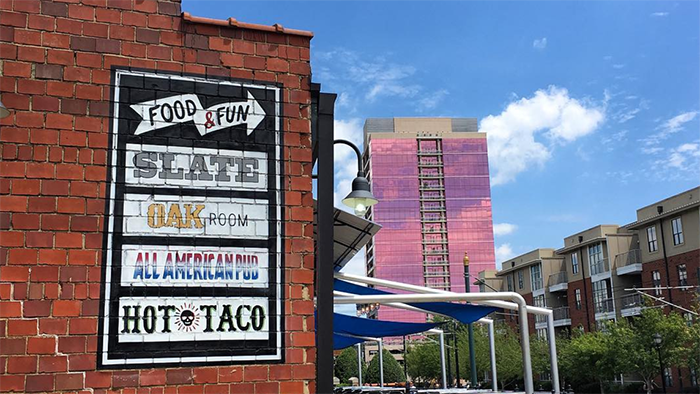 But I pay for it. According to Rent Jungle, rent for a one-bedroom apartment in Charlotte averages $1,169, which is close to what I fork over each month for my own 600+-square-foot apartment.

I’m currently paying $1.95 per square foot. If the same per square foot rate is applied to Furman’s micro-units, which he expects to be around 400 square feet each, rent at The RailYard will come in right at $780.

My rent, however, includes trash pickup, pet rent and a number of amenities. While we aren’t sure yet exactly which amenities will come with the micro-units, we can safely assume they’ll be the bare necessities – chances are, residents won’t have access to a gym or office space.

Am I willing to pay just over $500 extra per month for an extra 264 square feet of space and amenities like a pool and a gym (that, in the long run, save me money)? While I very much don’t need things like a wine cooler, electric car charging station or a tanning bed, I’d still hand it over without a doubt just to have the extra space and option to use those amenities.

[Related: The 55 craziest amenities Charlotte apartments have to offer and where to find them]

Moving into a micro-apartment has the potential to cost residents more than square footage – it could cost them their mental wellbeing, and that’s not a bet I’m willing to make.

Dak Kopec, an expert in design for human health from Boston Architectural College, told The Atlantic in 2013, when micro-units first started appearing on the market, that tight spaces can bring on “crowding-related stress” that might lead to domestic violence or substance abuse.

Looking at a standard floor plan (this one is out of California), the units are too small to hold things that one would normally expect to come standard, like a bed or sufficient counter space in the kitchen. 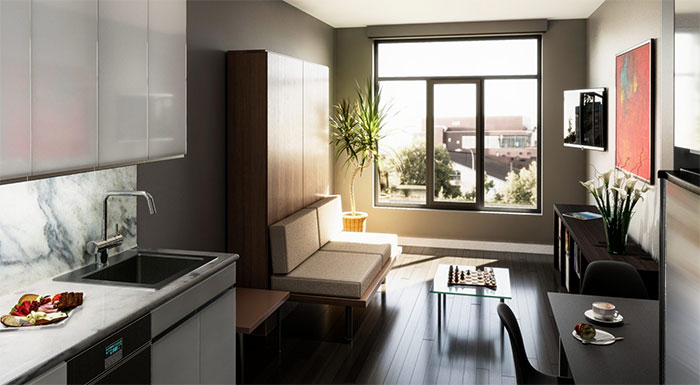 Residents are forced to make sure that everything has a place and that everything is in its place all the time. And if that isn’t stressful to think about, consider the extra steps that have to be taken to do something as routine as going to sleep at night. In the above floor plan, the entire living area has to be reconfigured to make room for a bed. It’d be alarmingly easy to fall into the pattern of, once it’s reconfigured, doing things like never putting the couch back to where it was, making the space feel even smaller and more constricted.

In such tight quarters, even the idea of anything being out of place is enough to make me panicky and unable to imagine being able to relax.

And if you can’t relax in a space that’s supposed to be home, are you really home?

So I’m going to go against the grain on this one and bet against the project, because while Charlotteans are looking for cool places to live and money and location do matter, why pay more than half to get, well, less than half? 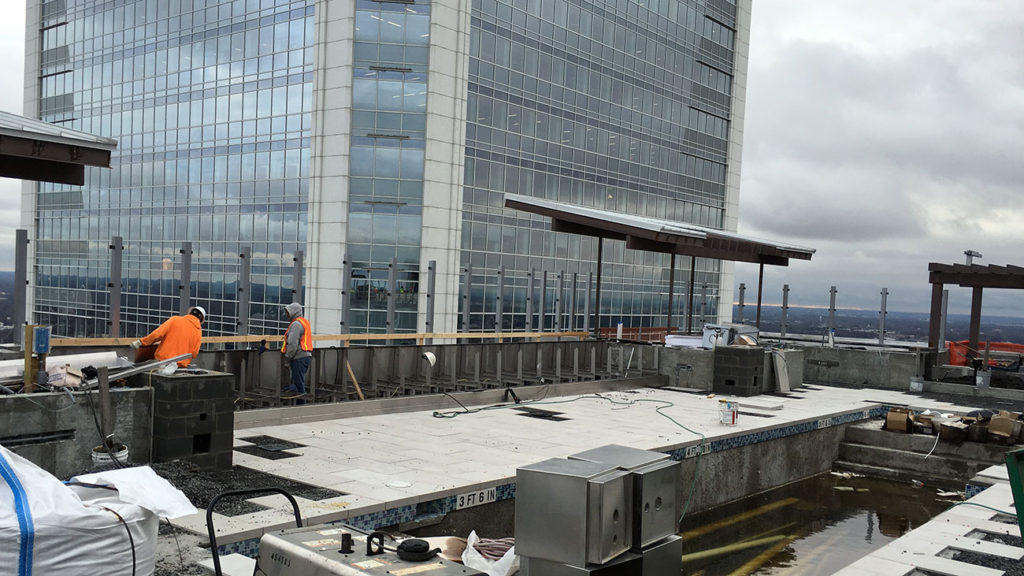