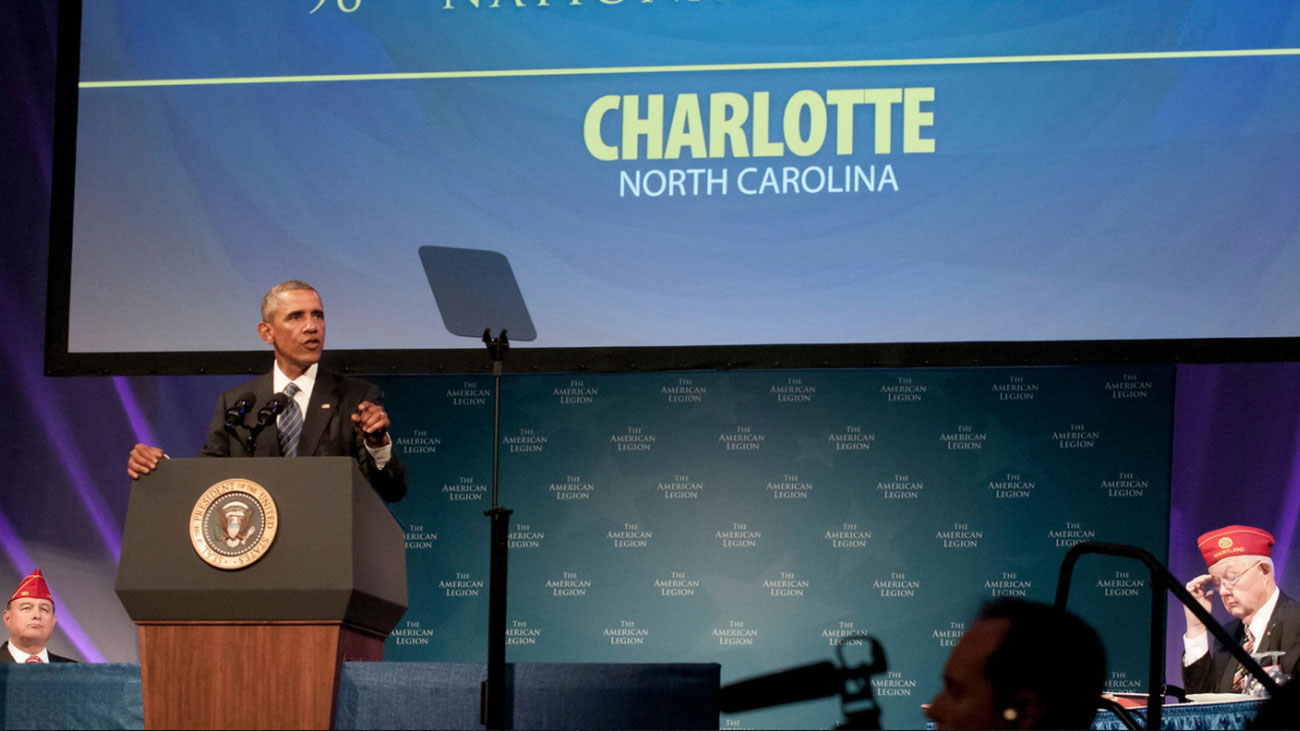 “The peaceful transition of power is one of the hallmarks of our democracy.” President Barack Obama has uttered these words several times over the last couple of months. As Americans prepare for Obama to leave office and President-elect Donald Trump to assume the position, the court of public opinion (i.e. public tweets) has been anything but “peaceful.”

But there comes a time when we must put opinions aside. The fact is that Inauguration Day is this Friday, Jan. 20.

So, in honor, let’s take a look back on how eight years of Obama’s presidency has impacted Charlotte (on the surface), as well as what Trump’s ties to our city has been. Plus, a few predictions.

During the 2008 presidential election, the Obama campaign believed it had a strong chance of winning North Carolina, though a Democratic presidential candidate hadn’t carried this state since Jimmy Carter in 1976.

Obama made numerous appearances throughout North Carolina in ‘08, and the state was so important that he visited Charlotte the night before the election, delivering his final campaign speech at UNC Charlotte.

His efforts paid off as he narrowly won North Carolina over John McCain by less than one-third of a percentage point (0.32 percent of the statewide vote). But he won Mecklenburg County by nearly 25 percentage points.

What a president does during his first term is largely a combination of trying to keep promises he made during the campaign and focusing on what he needs to do to get reelected. The latter means that a swing state like North Carolina gets courted more than the pretty girl who’s captain of the cheerleading squad and valedictorian.

All the World’s a Stage

Obama and the Democratic Party’s affinity for North Carolina led to Charlotte hosting the 2012 Democratic National Convention. While the convention and its affiliated events span a week in September 2012, planning took place for more than a year, including the City of Charlotte and many local businesses embarking on renovations to spruce us up for the limelight.

Oh, and because Hollywood loves the liberals, there had never been more A-list celebrities in this city at once. The likes of Bradley Cooper, Eva Longoria, Kerry Washington, Scarlett Johansson, Tony Bennett, and hundreds more celebs hobnobbed around the Queen City.

The 2012 DNC is considered to be the highest-profile event that’s ever come to Charlotte, and many feel it thrust the city onto the world stage. Heck, it’s likely why we’re more often now simply referred to as Charlotte – not Charlotte, NC – in national media. Also, a study commissioned by Charlotte stakeholders said the DNC had a $164 million economic impact on the area.

As you know, coming off of a successful convention in Charlotte, Obama went on to win the 2012 election. From there, he did what politicos do, he looked out for those who looked out for him. Obama tapped several Charlotteans for his administration, including:

Then-Charlotte mayor Anthony Foxx got the highest nod, appointed U.S. Secretary of Transportation in 2013. As head of the DOT, he’s led an agency with more than 55,000 employees and a $70 billion budget.

Foxx, a Charlotte native, was in town this past weekend to celebrate the second phase of the Gold Line streetcar, which will extend from the Elizabeth neighborhood to Johnson C. Smith University. 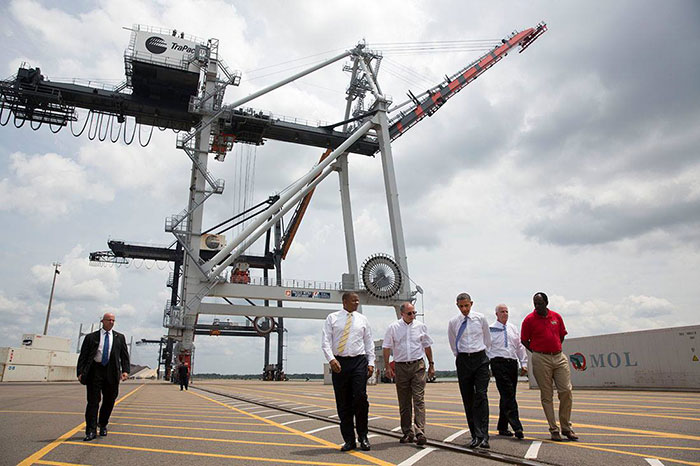 Meanwhile, David Howard, also a native and a former Charlotte city councilman, landed a position as associate administrator in the Federal Highway Administration.

Longtime U.S. House of Representative Mel Watt, of Charlotte, was sworn in as director of the Federal Housing Finance Agency at the beginning of 2014, and is serving a five-year term. The FHFA is actually an independent regulatory agency, and while you may have never heard of it, you’re likely familiar with components of the secondary mortgage market it oversees: Fannie Mae, Freddie Mac and the Federal Home Loan Banks.

During his State of the Union address in 2012, the president name-dropped Central Piedmont Community College, telling how the school had partnered with Siemens to help retrain laid off workers. CPCC couldn’t buy this kind of national publicity.

But if you represented Charlotte’s big banks, you may have a love-hate relationship with the president. Even though what became known as the economic bailout was signed into law a few months before Obama took office, most of the use of the funds to try to rescue the financial industry was overseen by his administration.

We ended up losing Charlotte-based Wachovia (acquired by Wells Fargo), but Bank of America survived. BofA would draw the ire of Obama in 2011 when the bank proposed charging a $5 monthly fee for its customers to use their debit cards. This was viewed by some as a greedy move by a bank that was receiving a taxpayer funded bailout. Responding to criticism, BofA nixed its plans for the fee.

Billionaire businessman Donald J. Trump will be inaugurated as this country’s 45th president on Friday.

Since he’s never held elected office before, we can’t say how his political background or policy decisions have affected Charlotte. But we can recap some of his previous business ties to this area, along with a few predictions on what Charlotte might expect from the new president.

Trump has had his sights on Charlotte for a long time. Around 2007, before the economic recession, the real estate mogul had plans for Trump Charlotte, a pair of Uptown skyscrapers at Trade and Stonewall streets in which one of the buildings would be as tall as 72 stories. That would’ve made it the city’s tallest, trumping the 60-story Bank of America Corporate Center.

There were renderings for it, an official website, and a few other marketing materials, but it never came to be. 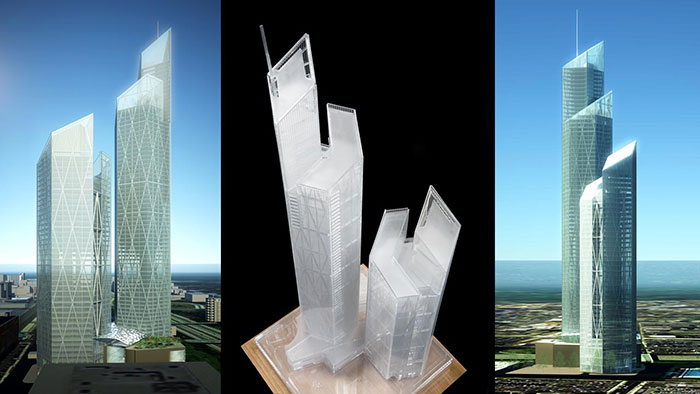 However, there’s an April Fool’s Day “news” story from a couple of years ago, reporting that “Donald Trump has finally decided to break ground in Uptown Charlotte on his new 160 story crown jewel.” Wonder how Trump feels about this fake news. But not only should you see the humor in this, you should also realize that this would by far be the tallest building ever constructed in the U.S. Yuge!

Lavish on the Lake

While Trump’s desires to place his name on prominent Uptown property never came to fruition, he did conquer Lake Norman. He bought The Point Lake and Golf Club in Mooresville in 2012, renaming it Trump National Golf Club, Charlotte.

You can purchase a membership to the club, which “provides a lifestyle of uncompromising personalized service, luxurious amenities and attention to detail that create a lifetime of memories.” In addition to the golf, tennis, swimming and social opportunities, you could hold your wedding there. 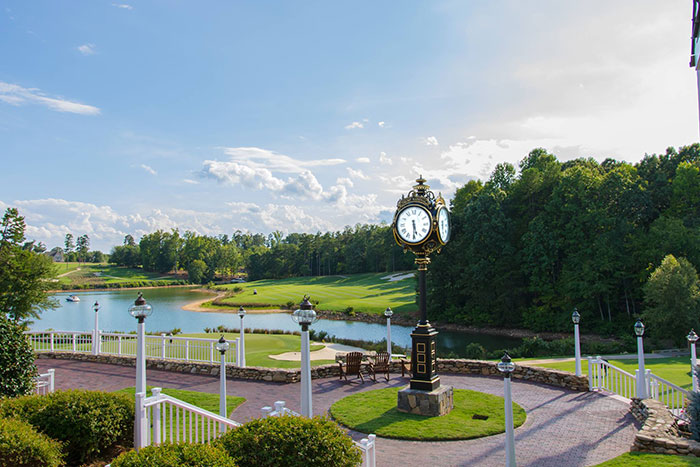 Mecklenburg County currently has about 25 charter schools, and there are more than 165 across North Carolina, with those numbers growing each year.

Trump has spoken in favor of charter schools as a solution to the country’s public education problems. His education policies would likely include increasing federal funds to states that would go to charter schools, thus lead to new ones being created at a faster rate in Charlotte.

Not only will Ivanka Trump be the most visible First Daughter we’ve ever seen (to the point where she’ll likely overshadow the First Lady), she’s got her father’s ear and he’s listened to her wanting to champion the cause of childcare.

During the campaign, Trump’s plans included everything from guaranteed six weeks paid maternity leave to incentivizing employers to provide childcare at the workplace.

If many of the small business owners who voted for Trump complained about the high cost of providing health care to their employees, it’ll be interesting to see how they react if paid maternity leave becomes mandated.

Whether Trump taps any Charlotteans for prominent positions in his administration remains to be seen (none of his cabinet picks have been). Pat McCory, who was North Carolina governor until a few weeks ago and was Charlotte mayor for several years, met with Trump last month, but nothing has been announced.

Also, Dan DiMicco, who was a longtime CEO of Charlotte-based Nucor Corporation, is currently serving as a trade advisor on Trump’s transition team.

Looking ahead to 2020 (as many people can’t wait for it to get here), the Republicans will want to hold on to North Carolina, where Trump won the state in the presidential election but his party lost the gubernatorial race. There’s a strong chance Charlotte could host the 2020 Republican National Convention. 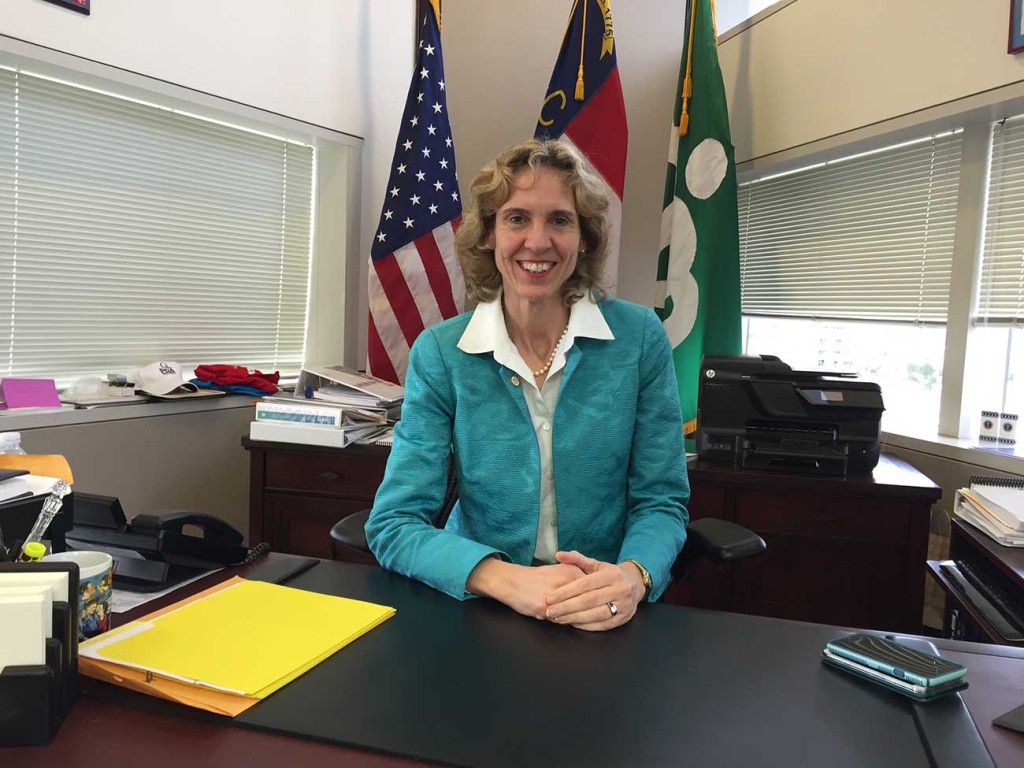 Why it makes sense for Charlotte to have a weak mayor making only $44,000 a year