What’s taking the place of Nan & Byron’s in South End? 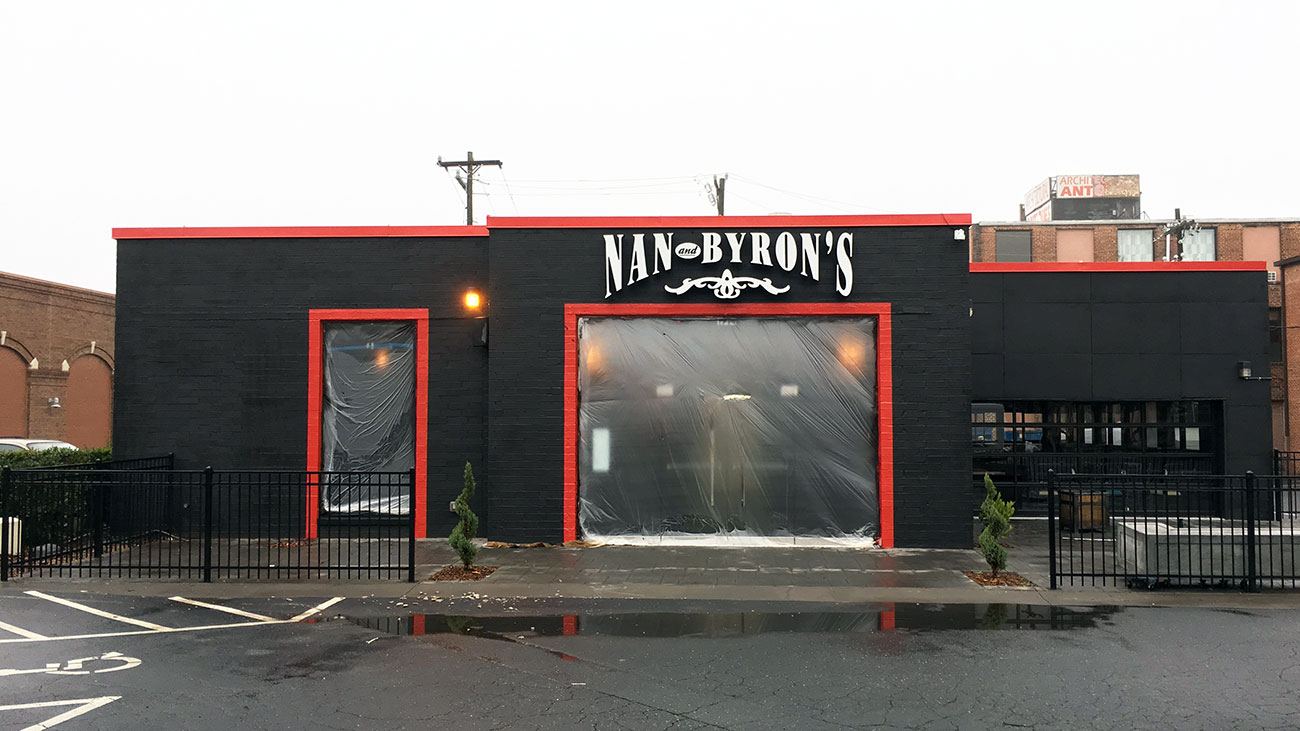 The Bottle Cap Group is launching a new Asian Cajun restaurant and bar named Wu’s Cajun Sea Food. This restaurant will take the space formerly occupied by Nan & Byron’s in South End and is targeting an early spring grand opening.

I’ll be honest, I didn’t see this coming.

I predicted that the Bottle Cap Group would make the safe decision and put a Brazwells or Whiskey Warehouse into this prime South End location. Launching a new Asian Cajun concept is both bold and risky. I love it.

The space will have a to-go station in the front left, a patio with sliding garage door, a bar on the inside left and mostly low tables with seating for about 130. Nan & Byron’s had a wall that separated the bar from the dining area. This is coming down to create one big, open room.

What’s taking the place of Nan & Byron’s in South End? The Bottle Group is launching a new Asian Cajun restaurant and bar named Wu’s Cajun Sea Food – @wuscajunseafood. This restaurant will replace Nan & Byron’s in South End and is targeting an early spring grand opening. Get ready for blue crab, oysters, lobster, shrimp, crawfish, Cajun-Asian sushi, stir-fry, gumbo, hurricanes and sake bombs. Wu’s Cajun Sea Food will not be your typical dock-style seafood concept, instead it’ll have a New Orleans style party vibe (interior design by the guy that did Ink N Ivy). I’ll be honest, I didn’t see this coming. I thought the Bottle Cap Group would make the safe decision and put a Brazwell’s or Whiskey Warehouse into this prime South End location – launching a new Asian Cajun concept is both bold and risky – I love it. More details in tomorrow’s Agenda daily newsletter. 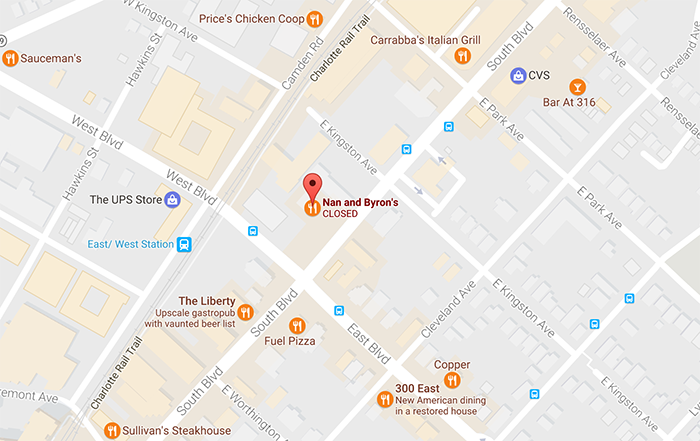 The restaurant is being designed by Scott Carpenter, the same designer that just completed Ink N Ivy in Uptown.

Whether you love or hate Ink N Ivy’s design, one thing you can’t argue is that it’s different and remarkable. It’s also a massive success for the Bottle Cap Group. Expect the same bold design treatments at Wu’s. There’ll be red neon lighting at the front and on the back wall. 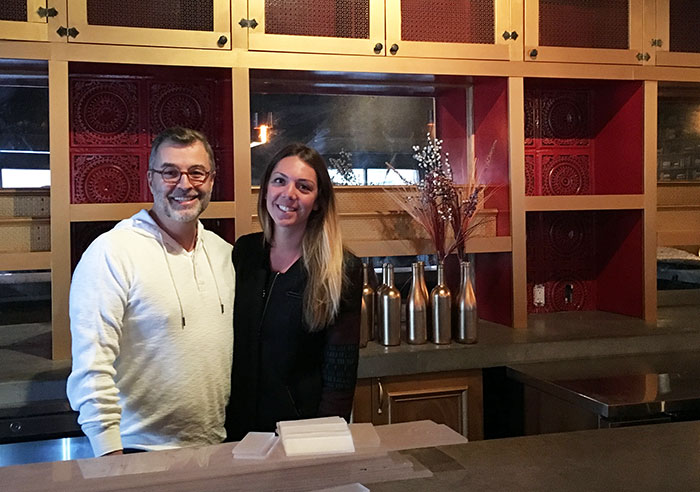 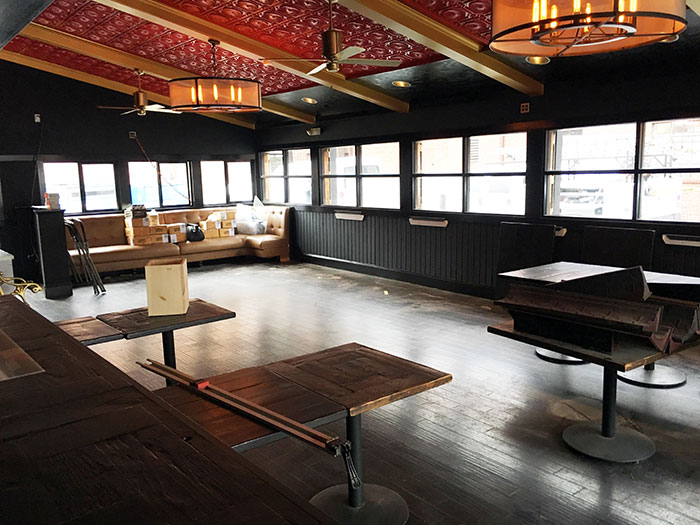 The most interesting space is an oversized booth in the back of the restaurant for large parties (I’m guessing around 15ish) that’ll have a fenced-in feel once design is complete.

This will be a serious party table.

This party table will be transformed, including the wallpaper and lighting.

Wu’s Cajun Sea Food will specialize in blue crab, oysters, lobster, shrimp, crawfish and other fresh seafood with obsessive attention on accompanying spices. It’s not going to be a cheap dive type spot.

“The food is meant to share. Everybody wears a bib, people will be licking their fingers, it’s going to be a fun experience,” said Britton McCorkle, President and CEO of the Bottle Cap Group. “You’ll be able to order food by the pound.”

Drinks? You’ll be ordering Sake Bombs, Hurricanes, custom shots and umbrella drinks. Don’t be fooled by the unstylish seafood bibs, Wu’s Cajun Sea Food will be a place to party. The restaurant will stay open until 2 a.m.

One interesting thing to note is that seafood is served in big plastic bags and ideal for sharing with a group.

The restaurant will be open for lunch, brunch and dinner. 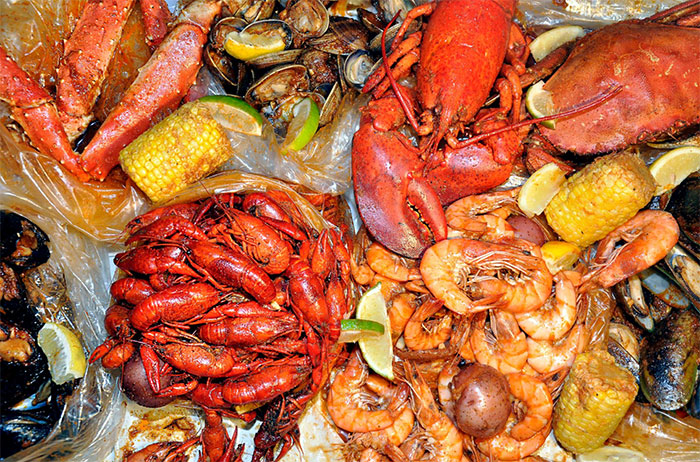 Will people want to party in the same spot that they’re getting their hands dirty digging into crab?

Owner Britton McCorckle told me that he’s been working on this concept for over three years. I can’t help but be fascinated by the risk that Britton and his partners are taking on by introducing a new concept instead of just replicating the Whiskey Warehouse or Brazwells concept in the walkable South End apartment crowd.

I don’t see Wu’s Cajun Sea Food having a mediocre outcome – it’ll either be a hot, New Orleans style place to party or it’ll be a dud that couldn’t figure out if it was a bar or a seafood restaurant.

Given the talent and execution of the Bottle Cap Group, my bet is on hot, New Orleans style place to party. Save room for me at the party table. I like my shrimp spicy and my Hurricane strong. 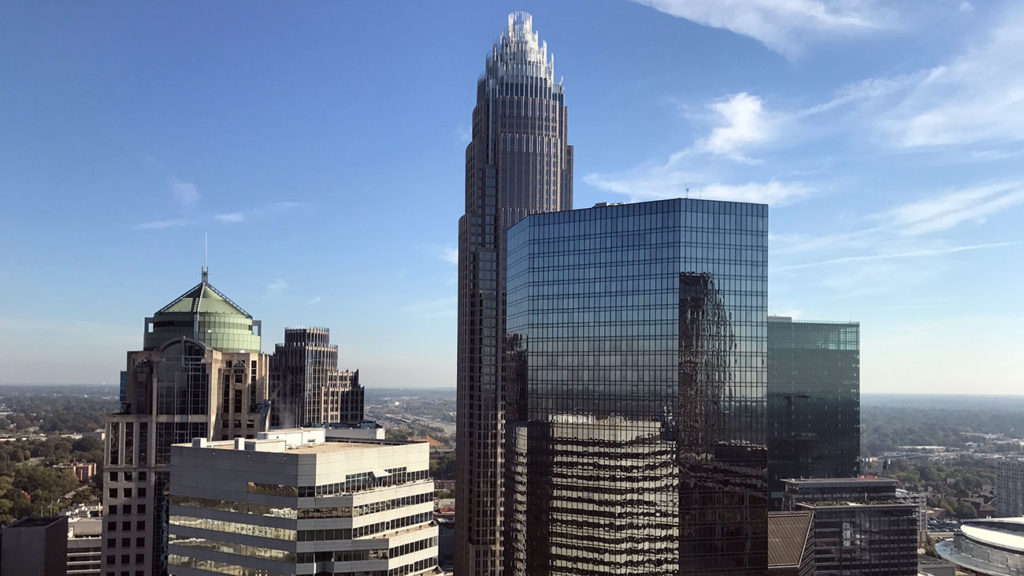 Is Charlotte too afraid or do we just not know how to talk about race?