Yes, that smoke you smell is from the North Carolina wildfires. Here’s everything you need to know about them. 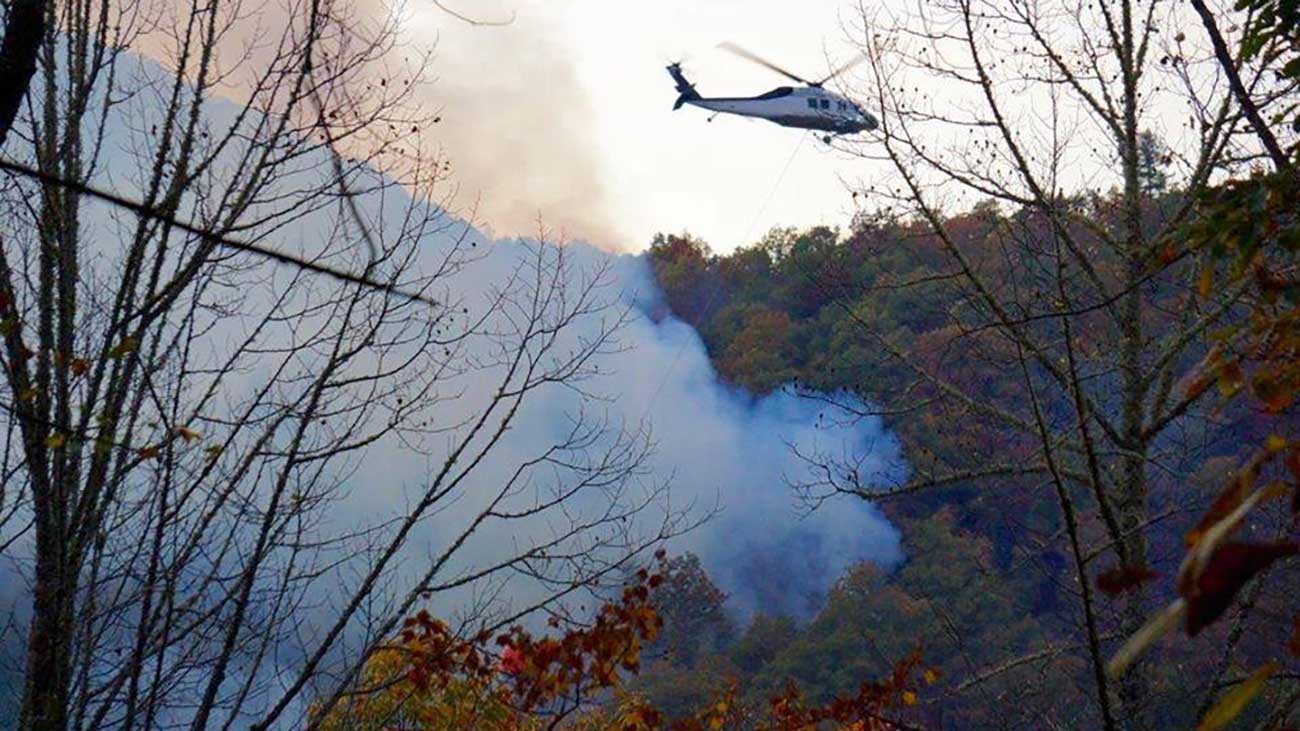 The hazy smoke blanketing much of Charlotte has drifted over from the wildfires raging in the mountains of western North Carolina. Here’s a quick run-down of everything you need to know about what’s going on.

What’s the super quick version of what’s going on?

More than 46,000 acres of forest land has been burned in a series of wildfires engulfing the western part of the state.

Fortunately, no one has lost their lives, but 1,800 buildings are being threatened and some 2,000 emergency workers are battling the blazes. 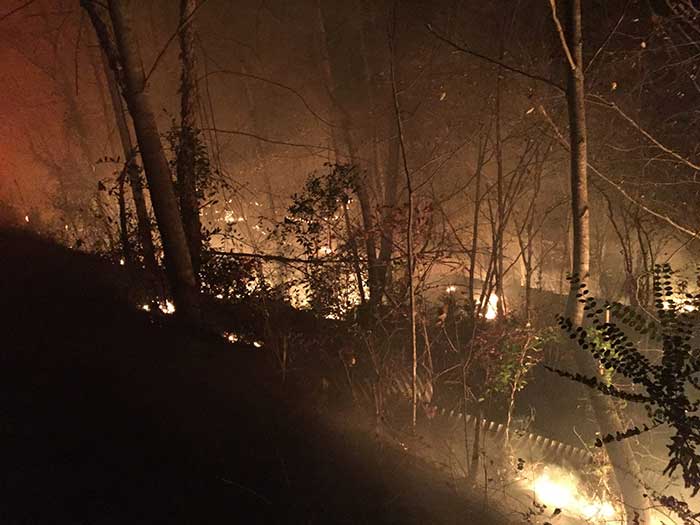 What areas are affected?

There’s somewhere between 15 and 25 separate fires in the western part of the state at this time. The ones in areas nearest and dearest to Charlotte hearts are the ones by Lake Lure and South Mountains State Park. The latter has been closed for the foreseeable future.

The U.S. Forest Service reports it is monitoring 23 fires just in the state’s national forests, primarily in the far western part of the state. Another fire is about to cross the border from Georgia. 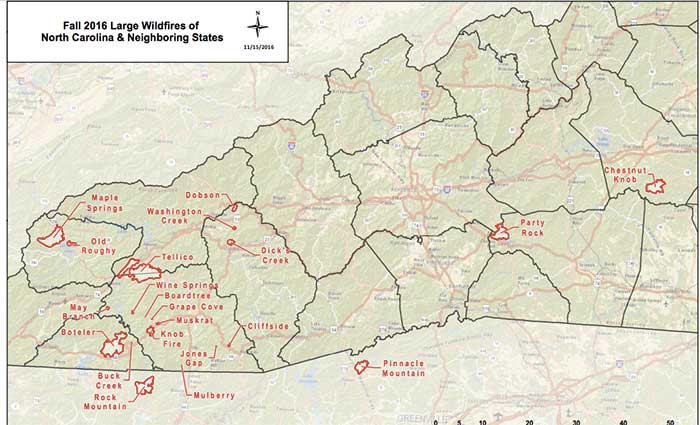 Image via the N.C. Forest Service

You can get a full run-down on all the fires here.

What caused the fires?

Each one has its own specific cause; some might be naturally occurring, and some are being investigated as arson. But the main factor is that it’s so freaking dry. 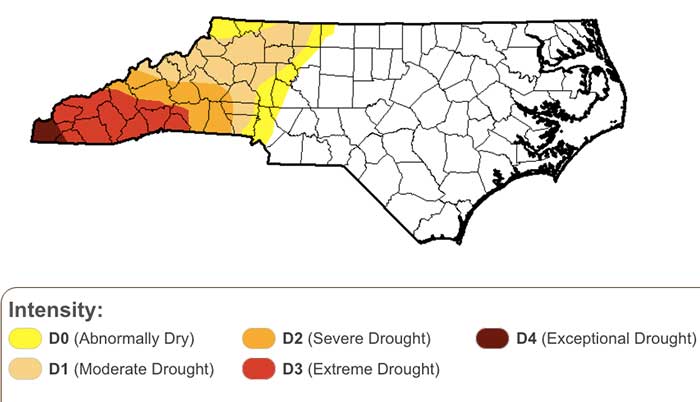 OK, but the fires are pretty far away. How is the smoke getting to Charlotte?

A wind pattern is pushing the smoke straight from the mountains into Charlotte, said Shelley Lanham, Mecklenburg County senior air quality specialist.. The westerly wind is expected to continue for the next week. 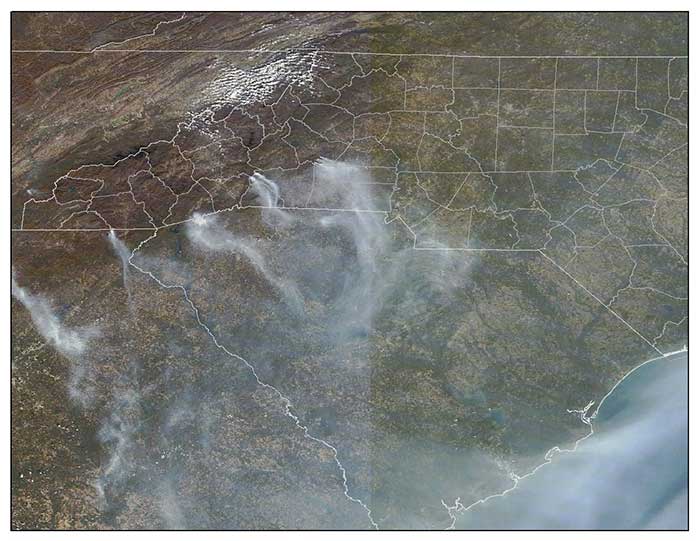 Is all that smoke in the air bad for me?

Yeah, but you can do a few things to lower your risk.

The N.C. Department of Air Quality issued a “Code Red” alert for Charlotte on Wednesday, calling it an air quality action day. That means the air is unhealthy, and not just for people with lung sensitivities or the elderly. The state urges people to avoid outdoor exertion. Children, older adults and people with heart or lung problems should definitely avoid being out too long.

The forecast for Thursday is slightly better, a “Code Orange” day. You should still take some precautions, particularly if you’re in a sensitive group. 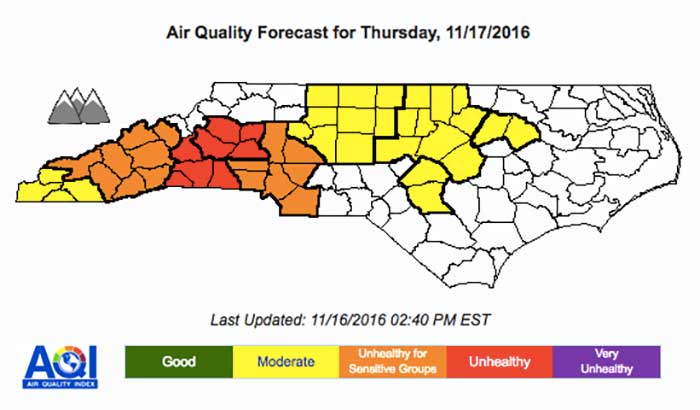 “There really isn’t very much we can do other than for people that have problems to remain indoors and, to the extent possible, not draw air from outside,” said Stephen Keener, the county health department’s medical director.

Should my kids stay inside?

Don’t freak out and lock all the doors. And don’t call your child’s school to make sure they’re not having recess. But maybe it should be a movie night instead of running around.

“It’s acceptable to go outside and get a break from the classroom,” Keener said. “This is not the day to be running track.”

If you want to get a mask for them, Brad Panovich has a super helpful video guide to choosing the right one at Lowe’s.

When will this all be over?

It’s going to be awhile. Though the smoke levels will fluctuate, expect this to be an issue potentially through the winter.

Charlotte will always be at risk until the fires are extinguished. Gov. Pat McCrory’s office says the fires could last several months. One of the biggest fires, in Maple Springs in Graham County, is still only about 15 percent contained.

“As long as the fires persist, we can expect to see elevated levels of particulate matter in the Charlotte area,” Lanham said. 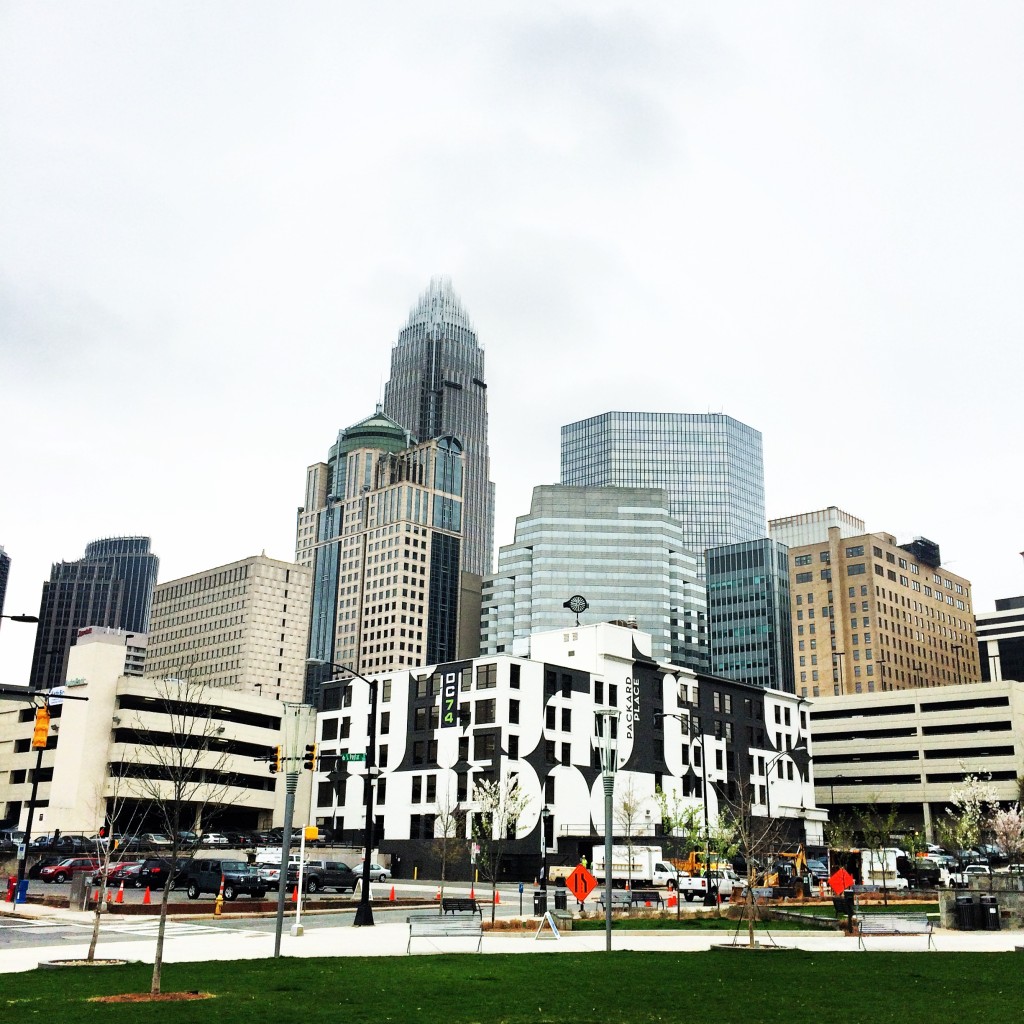 Romare Bearden Park becomes a German-style Christmas Village next week. A comprehensive guide to the festivities