Here’s why the election of Donald Trump hurts 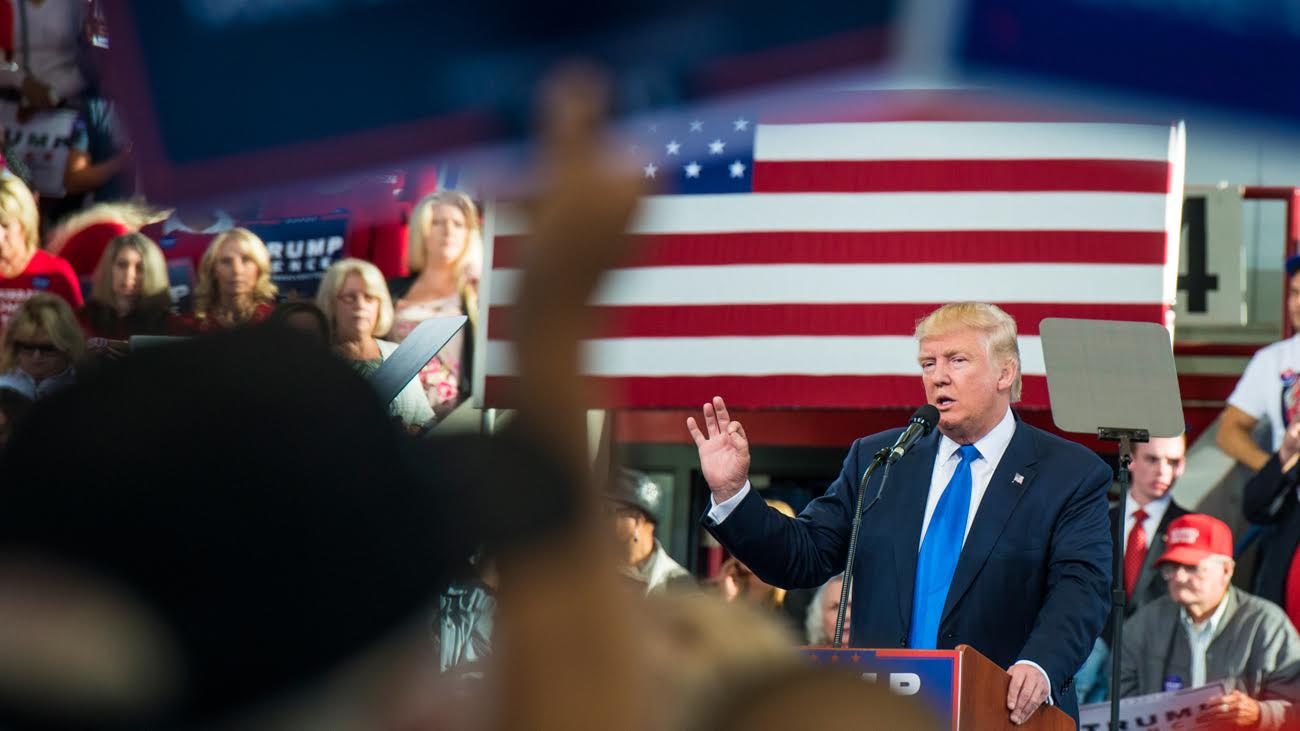 The first time I had the opportunity to vote in a presidential election was in 2000.

Leading up to that point, mostly during my teenage years, Bill Clinton was president. I followed the news back then, perhaps more so than most kids, but I thought Clinton was cool because years earlier I saw him play the saxophone on The Arsenio Hall Show.

When the 2000 election rolled around, and I was old enough to vote, my choice was Clinton’s two-term-vice-president-turned-presidential-candidate Al Gore, who faced off against George W. Bush, the governor of Texas.

If you’ll recall (or if you’re too young to remember, Google), this election ended up being one of the closest in history, coming down to Florida where Bush held less than a 1,000-vote lead, triggering a recount battle, controversies and, ultimately, a decision by the U.S. Supreme Court more than a month after the election.

Bush was declared the winner and president-elect, with 271 electoral college votes (270 is needed to win); but Gore won the popular vote by half of a percentage point.

My introduction to politics was nothing like the civics classes I’d taken.

That election was a dumpster fire. But looking back on it, only the results process was messy, not really the election and campaigning leading up to it. And yes, the way supporters and detractors on either side behaved got ugly, too. But the two candidates, the person at the top of each of the two party tickets, were respectful and conducted themselves as gentlemen who were fit to be leaders, even if you disagreed with their policies.

Understandably, this type of civility and common decency is what I became accustomed to over the next three presidential elections.

There were always “attack ads” and occasional slanderous accusations, but the way the candidates themselves behaved was respectful, for the most part. This was such a normal expectation that I don’t think any of us would even think to list “respects others” as a prerequisite for running for president.

This all changed with 2016. This all went to hell with Donald Trump.

Now, before those of you who voted for Trump exit out of this article, I ask you to give me a few more minutes of your time.

Trump is the president-elect of the United States, soon to take hold of the highest office in the land. And the reason why tens of millions of us in this country were so disheartened Tuesday night through Wednesday morning (and I’m sure for many, for the foreseeable future) is because Trump was rewarded for his bad behavior.

He offended and disrespected so many groups of people over the past year and a half, it’s hard to count. But most of us could rattle off several of them quickly: disrespected Mexicans, veterans, Muslims, women, blacks, the disabled, etc.

Those of you who voted for Trump can rattle them off, too, because you were aware.

You either defended Trump’s behavior, or you rationalized it because he was your Republican nominee and you felt he was a better choice than “Crooked Hillary.” The fact that he was allowed to call Secretary Hillary Clinton that during hundreds of campaign speeches, in packed arenas, and on national television was wrong. Could you imagine if candidate Barack Obama had attached a disrespectful nickname to candidate John McCain in 2008 (a war hero whom Trump got around to insulting, too)? Really think about that for a second.

The reason Trump continued to behave this way was because his supporters didn’t denounce him (I’m not even going to address those who championed him for it).

The reason so many of us were bothered by this for the past year and a half was because it sent the message that a man running for the most powerful job in this country, as president of these United States, as commander-in-chief, could disrespect anyone he wanted to and not be held accountable. In fact, on November 8, he was rewarded.

Two colleagues and I lead a mentoring group at a Charlotte elementary school.

Last week, the topics we discussed with the fourth and fifth graders in our group were “leadership, bullying, anger, and being nice.”

I said to the kids, “If you see someone getting picked on or bullied, and you go along with it because the person doing it is your friend; or if you stand by and let it happen without doing anything, you’re almost as bad as the bully.”

This country didn’t even hold its presidential candidate or his supporters to the same standard as a fifth grader. (Are You Smarter than a 5th Grader?)

Because you didn’t condemn Trump’s behavior, you actually condoned it.

Now about race, not just the race.

I stayed up late Tuesday night into early Wednesday morning, watching the election results, news coverage, and a little bit of Trump’s victory speech before I had to mute the TV. One minute into his speech he said: “Now it’s time for America to bind the wounds of division; have to get together. To all Republicans and Democrats and independents across this nation, I say it is time for us to come together as one united people.” Mute.

That’s when it really hit me. The man who’d spent the past year and a half dividing people, was now saying we should unite.

I went to bed, slept for about four hours, and when I woke up, I started thinking of a phrase that I’ve never used, because I’ve never liked it: white privilege.

The reason I’ve never liked or used that phrase is because, while I understand how it’s supposed to be defined, I don’t like how, I believe, it lumps together an entire race of people and assumes they all think the same way. Or that they all don’t recognize certain things.

A white male friend of mine was texting me Wednesday morning more upset about Trump winning the election than I was.

But the reason white privilege came to mind, and I felt Donald Trump epitomized it, was because he was able to behave in the most reprehensible way, and not only get away with it but receive the ultimate endorsement from the American people. And a job promotion.

That’s how many minority groups in America see this country: that there are different rules for different people. And many people don’t recognize this, let alone talk about it.

Tens of millions of white men voted for Trump because he didn’t personally offend them. Tens of millions of white women voted for Trump because when he offended them in the most blatant way (the leaked audio – vulgar comments – from his hot mike during the Access Hollywood interview), he somewhat apologized for it. Around that time, I saw a pundit on TV say the only reason Trump finally apologized for something was because white women felt personally offended.

Our outrage was never about him being the nominee of a political party we don’t agree with. It was never about whether you believed he was a better choice than Hillary Clinton, a candidate who had many flaws.

Eight years ago, I was telling black kids I mentored that they can grow up to be anything, including president of the United States, if they worked hard, followed the rules, and behaved the right way. If I tell this new group of kids that when we meet next week, I’m afraid it could undo all of the valuable lessons we were trying to teach them before. What happens next in the N.C. governor’s race?