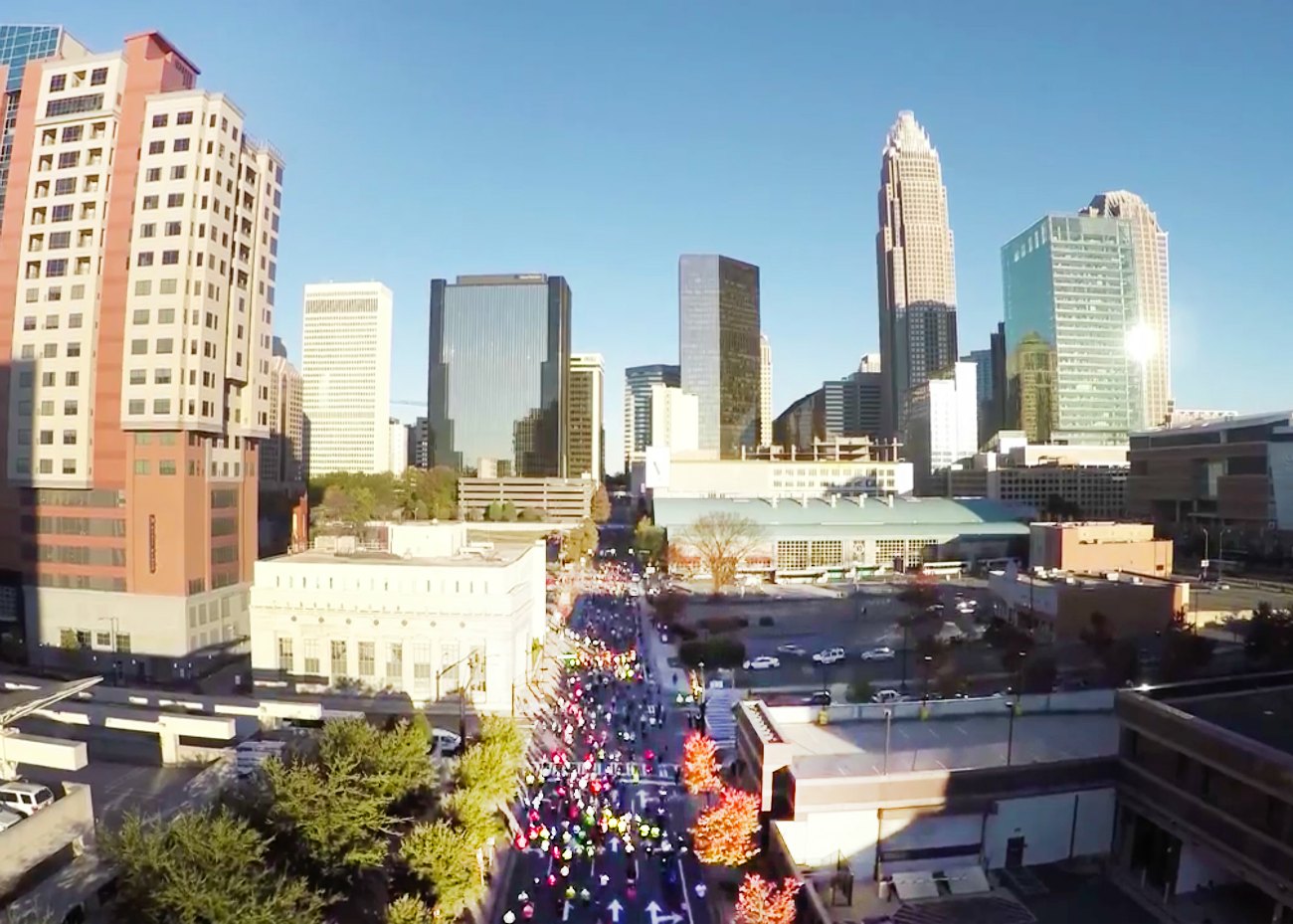 It’s almost time for Charlotte’s signature race and one of my favorite weekends of the year. The Charlotte Marathon — formerly Thunder Road — will wind through some of Charlotte’s most charming neighborhoods Saturday morning.

The weather should be crisp and clear, so there’s no excuse not to show support for the thousands of runners who will be giving it their best. As the race tries to rebrand and grow, one of the most crucial factors to its success will be homegrown support. That’s what makes a race stand out above the crowd for participants.

If you’re not lacing up your sneakers, here are five spots to consider cheering that are “classics” — sure to draw crowd support — and another four that could use a boost. You can find the route map here.

This picturesque Eastover street is early in the race — between miles 3 and 4 — but it always draws a good crowd. Plus, it’s fun to see runners before they’re gritting their teeth.

After runners cross Selwyn to this street, you’ll find another reliable cheering spot that’s easily accessible. This is around mile 7, and the whole section of road to Kings generally draws good support. 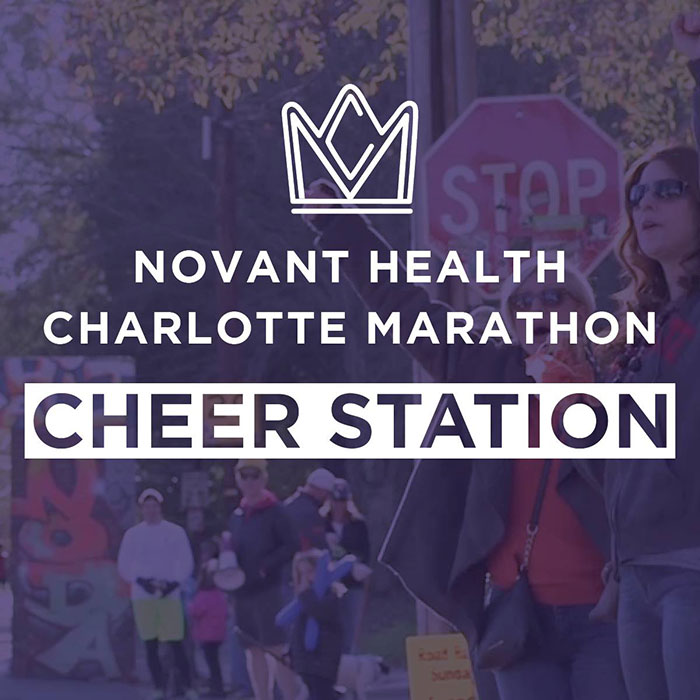 This section along East Park between miles 9 and 10 is good to help propel half marathoners toward the finish line. Things are just starting to get real for marathoners at this point.

The stretch between miles 16 and 17 on North Davidson is known for “the wall” — a fake painted structure that represents the metaphorical wall that marathoners must break through around this point as they head for the finish line.

One of Charlotte’s most recognizable neighborhoods is a tried and true hotspot for crowds. You’ll be around mile 19 where The Plaza runs into Central Avenue and then hits Pecan Avenue. 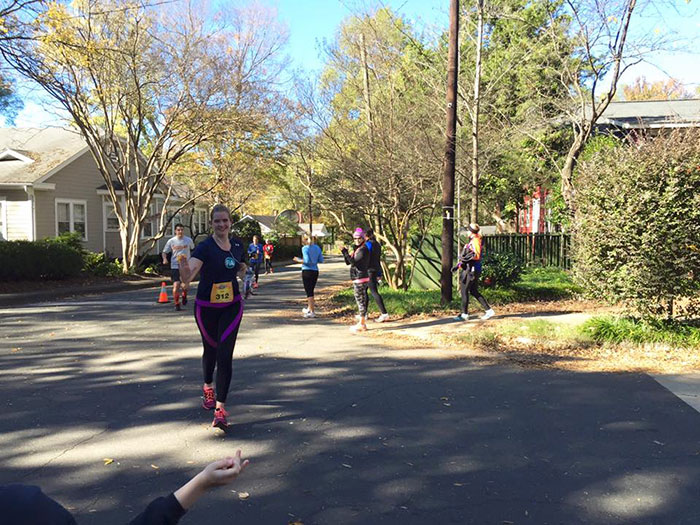 Wedged between popular Latta Park and the half marathon finish line, this spot between miles 10 and 11 doesn’t get as much love, but it’s a great location to consider. Runners will have just tackled the brutal Morehead hill and could use some extra encouragement.

This stretch of road comes as marathon runners have departed uptown on their way to NoDa. It’s kind of a wasteland, especially as runners pass near the train station. Be someone’s hero and set up camp here. 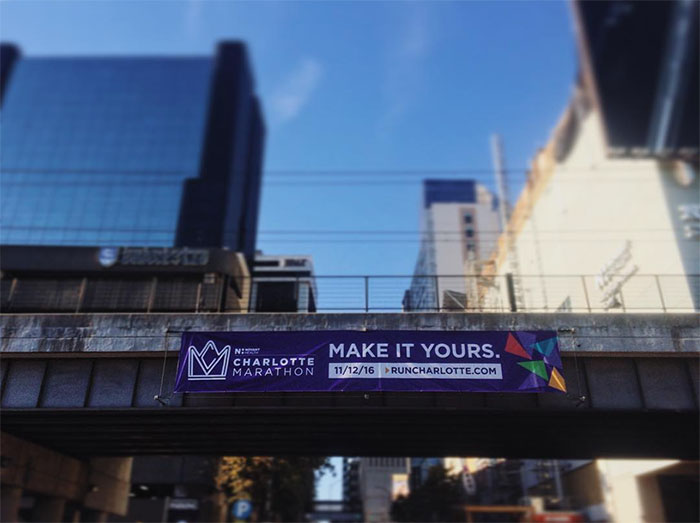 Somewhat similar to the stretch of Caldwell Street, this is between two popular cheering spots but is often barren of crowd support. Cheer runners between miles 17 and 18 in the Plaza-Shamrock area before they hit Plaza Midwood.

Marathon runners are almost home once they hit the greenway section in midtown between miles 24 and 25, but help give them a boost near Charlottetowne Avenue before they take on the last brutal mile uphill at Stonewall Street.

Are you a race scrooge and just trying to avoid the traffic mess? The best advice is to avoid uptown through midday. For full road closures/restrictions, go here. 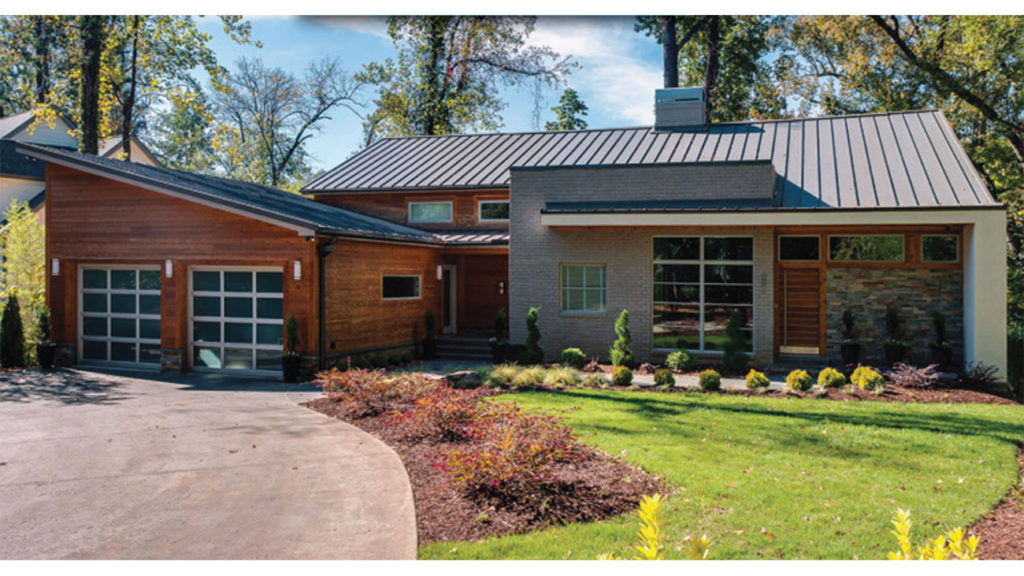