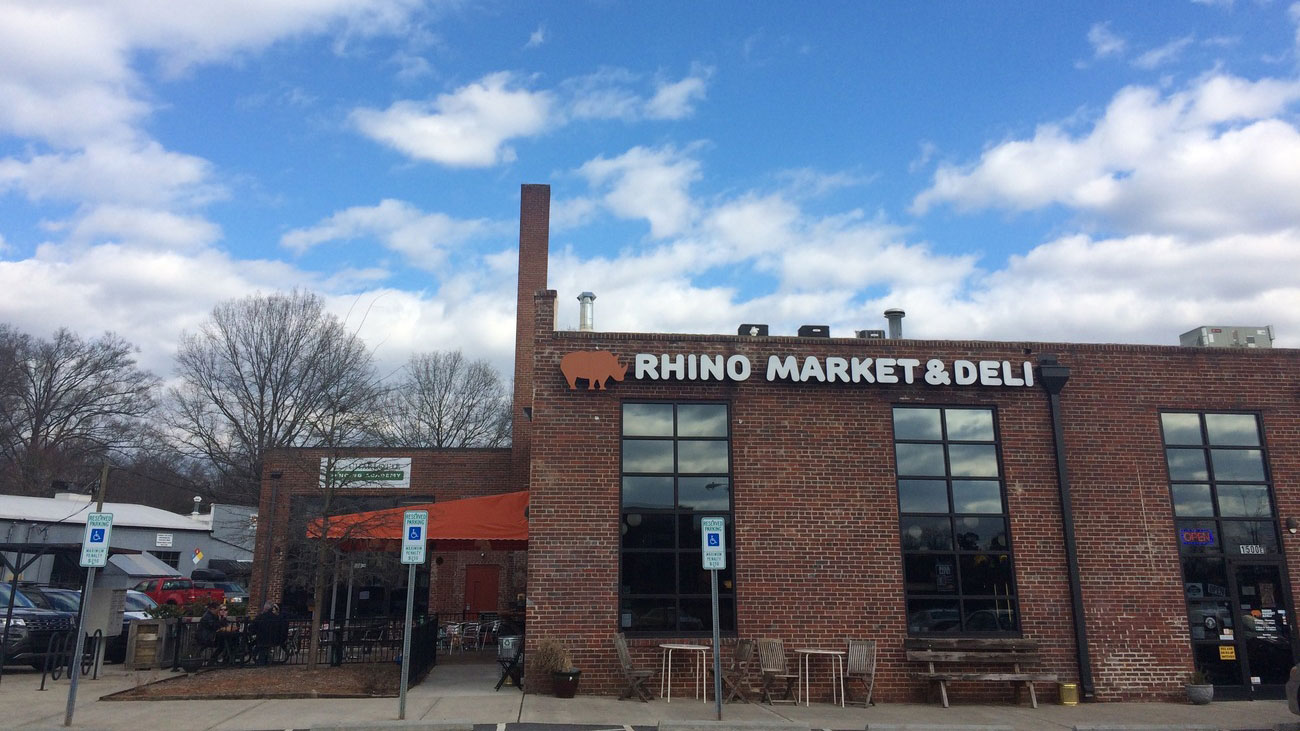 Shifting consumer food habits may force grocery stores to go the path of newspapers if they fail to adapt.

This cultural change creates a massive opportunity for both national and local Charlotte food entrepreneurs to build big, impactful businesses.

While companies like Harris Teeter, Food Lion, Publix and others fight for market share in Charlotte, young people’s food patterns prove that the battlefield won’t a brick and mortar store.

The Wall Street Journal recently reported, “Now shoppers in their 20s and 30s are visiting supermarkets less frequently than their parents, government records and survey data show. They are spreading purchases across new options, including online grocery services such as AmazonFresh, beefed-up convenience stores and stronger food offerings from omnibus retailers like Wal-Mart and Target.” 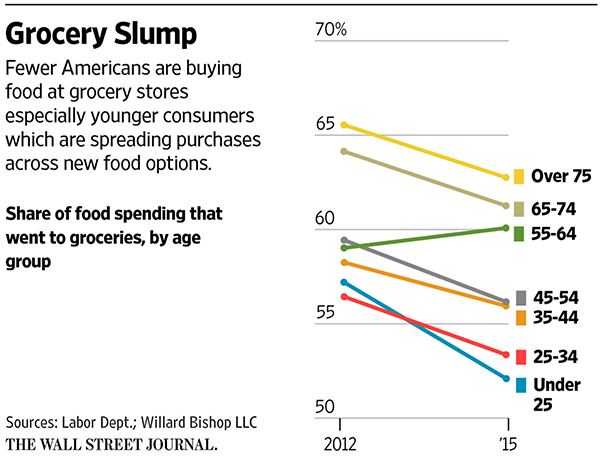 This isn’t just a millennial thing. The Atlantic reports, “The big story here is not that young people are uniquely turning away from groceries. Rather, the story is a structural shift toward eating out at restaurants, among Millennials and their parents (and perhaps even their grandparents)… Economists have found the same shift toward restaurant dining and away from old-fashioned grocers.” 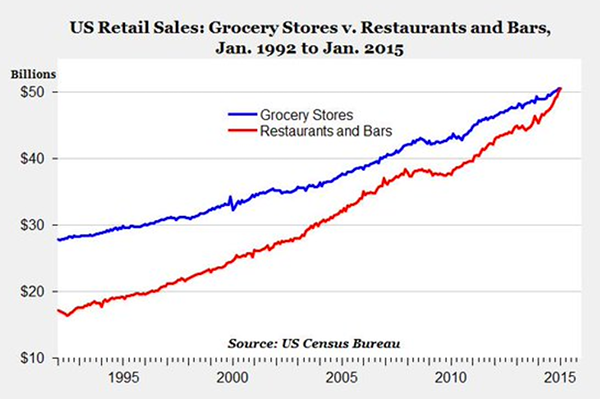 In summary, our cultural food habits are changing in the following ways:

As I reflect on my own food habits, I’m definitely part of this national trend. My wife and I get Blue Apron (3 meals/week for two people costs us $60) and we’re frequenters of fast casual restaurants. We also do the Harris Teeter Express pickup.

Side note – it’s amazing that Blue Apron now has a $2 billion+ valuation.

Charlotte loves eating out. We asked our 19,000 Daily Agenda newsletter subscribers, “In the past 30 days, how many times did you eat out at restaurants?” Their responses:

What type of opportunity does this change in culture create for Charlotte food entrepreneurs?

Sure, the big national guys like Shipt (who now can service over 540,000 Charlotte-area homes), Target, CVS, Amazon and more will create large businesses around this change in consumer behavior. Amazon internal documents recently revealed their belief that the company can create up to 2,000 newly designed retail grocery concepts.

But, this shift in consumer behavior will also create a boom in Charlotte food entrepreneurship.

Here are four opportunities for local entrepreneurs to take advantage of this shift in food habits.

Kudos to owners Rob Rondelez (Rhino Market) and Tom Coker (Reid’s) for being ahead of the curve. 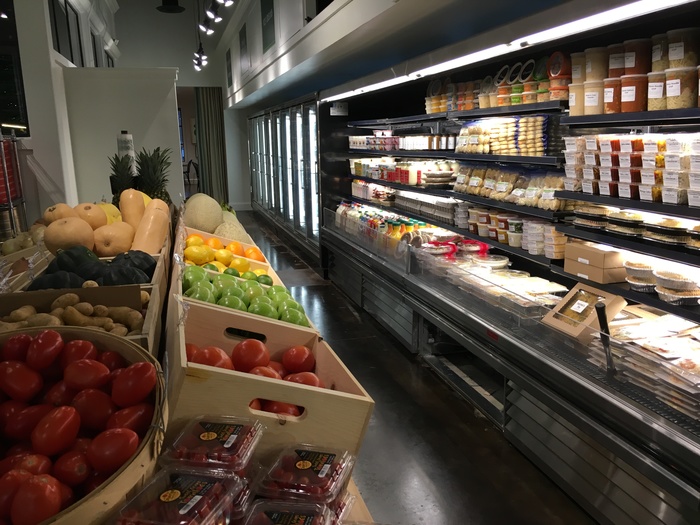 Pasta & Provisions is executing brilliantly given this consumer demand. They post to Facebook value-oriented grab and go dinner meals that serve a small family. I’ve had them and they’re very tasty. I’m a huge fan. 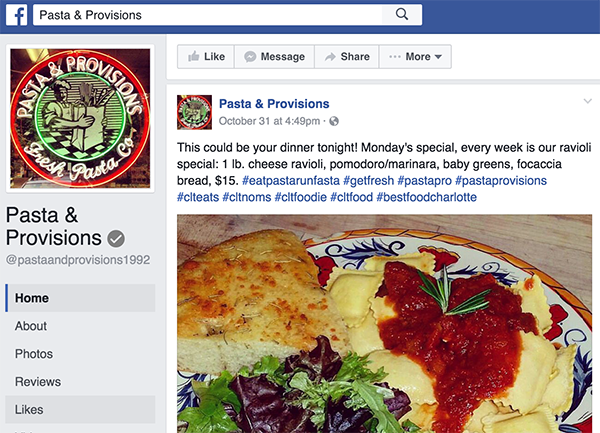 In addition to grab and go specials at their two high traffic locations (Providence & Park Road), I love the strategy implemented by Pasta & Provisions inside of Rhino Market – a pasta and pizza freezer.

“It’s hard for a concept like ours to add fresh vegetables and fruits after we’ve become established,” Rhino Market owner Rob Rondelez told me. “People want their food to be ready quickly. I don’t see us getting into the traditional grocery space, but our customers love being able to grab frozen pasta and pizza that they can cook, fast.” 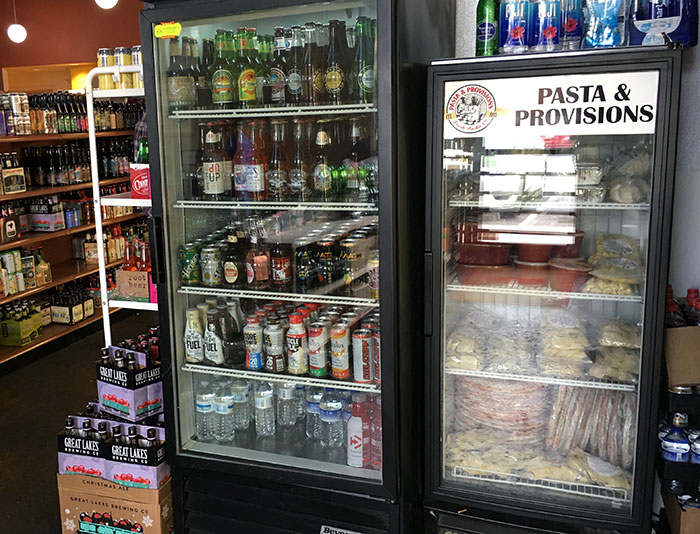 Pasta & Provisions freezer case located directly in front of you as you enter Rhino Market.

Successful restauranteurs Frank Scibelli and Randy Garcia are way ahead of the curve on this one. Frank operates concepts like Midwood Smokehouse and YAFO. Randy is the guy behind Viva Chicken and just opened a new Viva Chicken restaurant on Park Road.

“The takeout component of sales continues to grow because people have a lot going on in their lives,” Frank Scibelli told the Agenda. “Each of our restaurants do thousands of dollars in takeout on Saturday nights. We’re investing in this takeout experience. If you need more evidence in this change, just look at how crowded the Whole Foods hot bar is on any given night.” 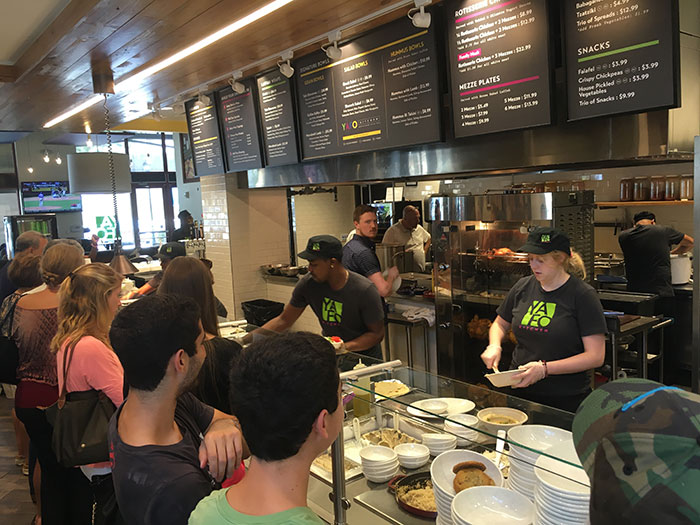 I’m interested to see how Chef Alyssa grows her business. With her brand and dynamism, she has a ton of optionality.

She could easily open a restaurant or produce media (ex, cookbooks), but she also has the opportunity to create some type of instructional/meal subscription service. The economics of making more money from her best customers has a high probability of sustained success for her.

I could see a subscription service that’s a high-end, localized Blue Apron model with some type of digital component and in-person component to complement the offering. 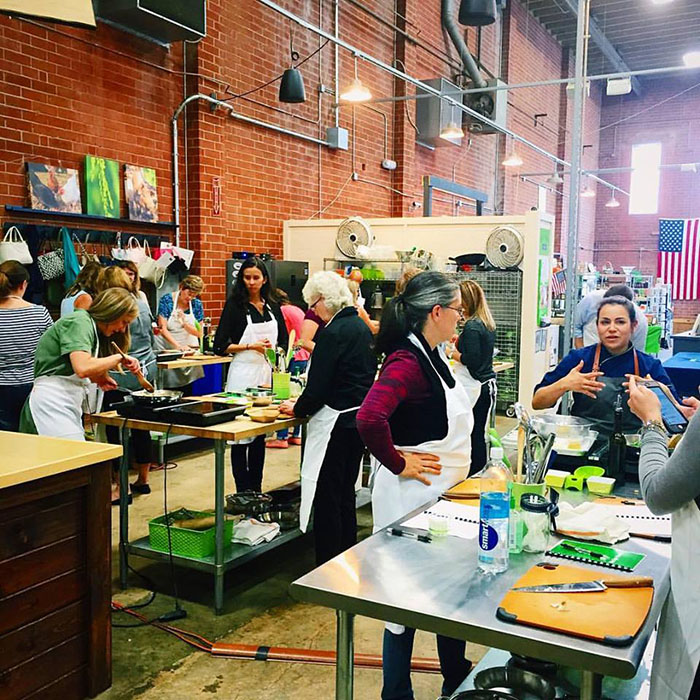 The winners in this culture shift will be those Charlotte food entrepreneurs who are nimble and intelligent enough to create food experiences that save you time and money. Oh, and they have to taste good too. 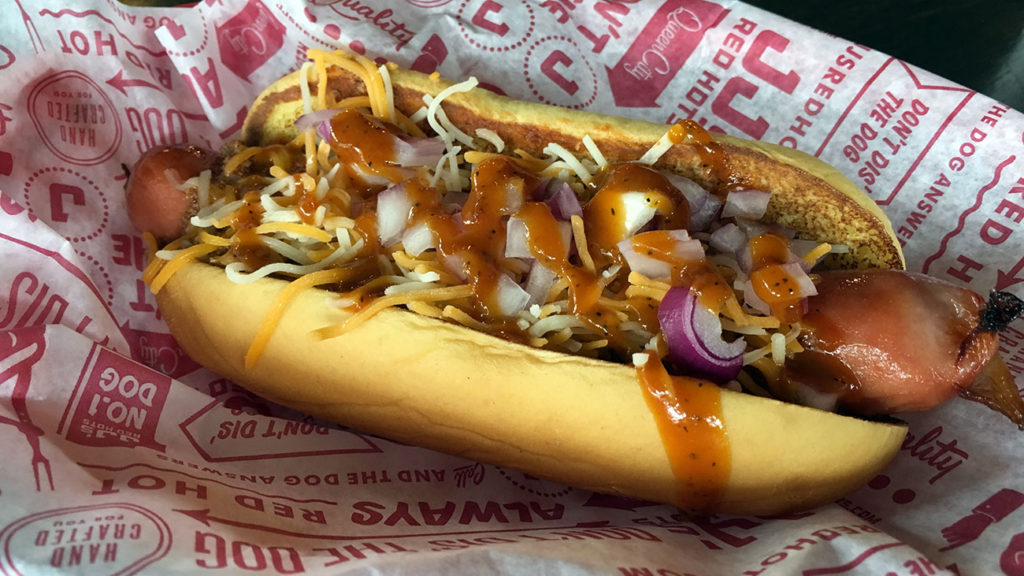 People lose their minds over Ogre Sauce. Company generates $21,519 on a $6,000 Kickstarter campaign goal with 980 backers.