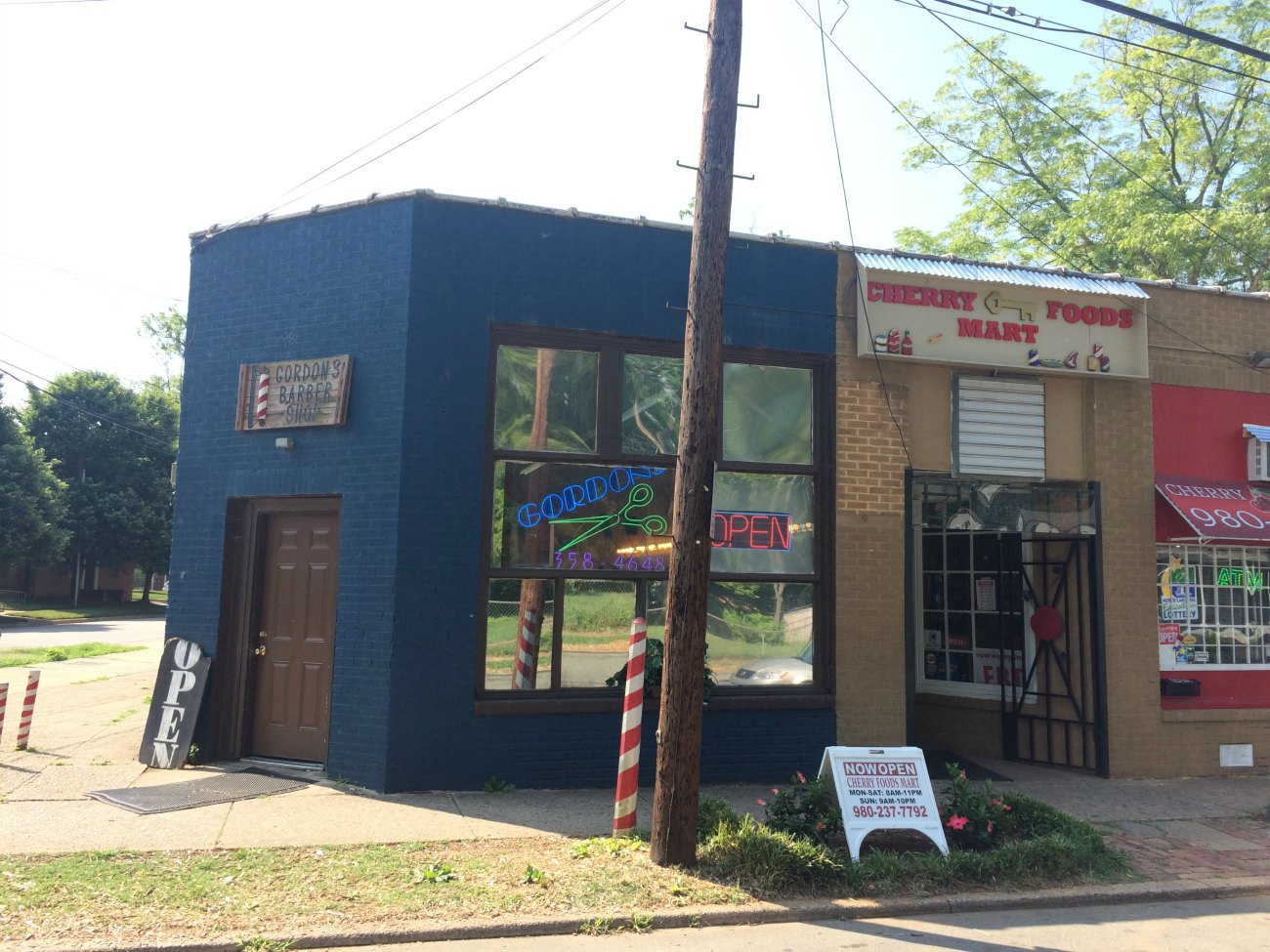 According to the Charlotte Mecklenburg Historic Landmarks Commission, The Cherry Neighborhood is one of the oldest surviving historically black neighborhoods in the city. Located between Dilworth and Elizabeth just southeast of Uptown, Cherry was reportedly developed in good will by wealthy landowners John and Mary Myers in the 1890s as “a spacious area of his estate for the sole purpose of giving the negroes of Charlotte a residential section with such improvements as would make them better citizens.” Information on early lot buyers indicates most were general laborers, and after nearby streetcar suburb Myers Park opened in the 1910s Cherry was known as a servants’ community with many residents reporting jobs as maid or gardener.

From CMHPF: By working-class standards of the day, the Cherry houses of the 1900s were desirable living quarters, on the level of what might be found in an average white mill village. 35 Each unit had enough land for its own kitchen-garden, something seldom found in the crowded alleys of Second Ward. The design of the hip-roofed and later Bungalow-style duplexes likely made them easier to heat than the standard urban shotgun with its strung-out room arrangement. But by contemporary white middle-class standards, the Cherry houses were less than ideal. All had outdoor privies. Few had more than two to four small rooms, and lots were smaller than found in better white middle-class suburbs. Few had enclosed foundations, but rather perched atop brick stilts, and all were heated by fireplace rather than furnace. Following a controversial rezoning last year, recent development is changing the face of the Cherry Neighborhood and raising concerns of gentrification. More than 70 original Cherry Neighborhood homes have been destroyed by the City of Charlotte since the 1980s and most recently an influx of large $600,000 homes are slowly replacing the original bungalows.

The newest developments dwarf the neighborhood’s original homes described as “compact structures all with gable or hip roofs, and almost all are one-story.” And therein lies the concern that the big expensive new homes will increase rent and property tax bills and drive original lower-income residents out of the area. As described by UNC Charlotte’s Urban Institute, what’s happening in Cherry isn’t unlike what we’ve already seen in places like Noda and Plaza Midwood.

So what’s the answer? There isn’t any easy one. Options for encouraging growth in “up and coming” areas while still stabilizing current residents are tricky but are continually being evaluated by the City Council’s Housing and Neighborhood Development Committee.

My take? I was initially drawn to Cherry because of the recent development, which appeals to me as a young professional who wants to live close to the city but not in an apartment and not necessarily in a 1920s bungalow. Does this make me a huge jerk? Maybe. By virtue of the fact that I’m an upper-middle-class white woman, my interest in this area is by definition gentrification. I don’t think anyone should lose their home just so some richer people can put a bigger home there. I don’t like this at all, in fact.

I remain heavily pro-development in Charlotte in general, but digging deep into the history of this particular neighborhood has me more curious about the complexities of such growth.

So at this point I’m interested in where Cherry has been and where it’s going and, much to my surprise, have unearthed a personal interest in city planning. Don’t expect a career switch any time soon (or ever), but I’m watching now.

FreeMoreWest: 9 reasons to check it out now