What to do if you lose your dog in Charlotte? My experience losing and finding Penny. 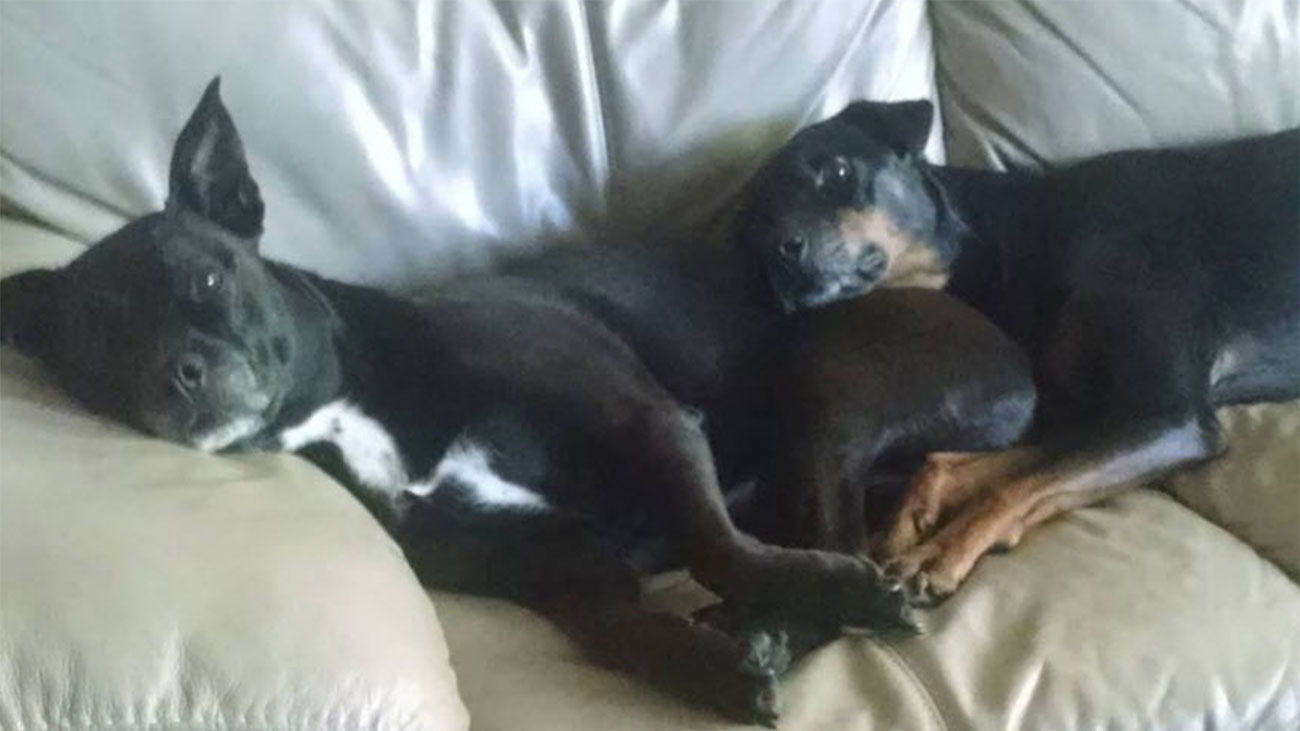 Even after my Penny was returned, it took me a day to stop shaking. I was oddly calm during her three-hour field trip; it wasn’t until I found out she had been found and was safe that I fell apart.

Anyone who’s lost a pet knows that sick-to-your-stomach feeling of helplessness; anyone who hasn’t experienced that is better off not finding out.

I learned many lessons that night, chief among them “don’t leave a door cracked around curious dogs” and “keep collars on even when just around the house.”

What should Charlotteans do when faced with a lost dog in the 21st century?

Pound the pavement for over two hours, whistling and calling, silently going through the stages of grief?

Blanket the neighborhood with posters?

I did the former, and was about to start the latter; in hindsight, I’d do things differently.

Here’s what I found helpful (and not so much). As an added bonus, several of these are even beneficial when everything’s copacetic.

This is by no means comprehensive so your mileage may vary; these are just all resources I personally utilized. 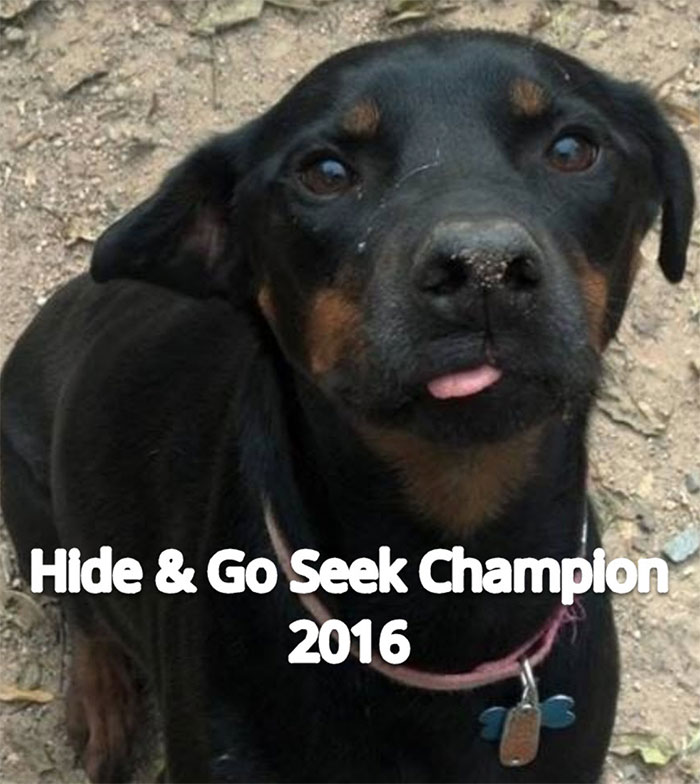 First off, Animal Control closes at 7 p.m., so if you might want to just go online if it’s outside of business hours. Otherwise, give 311 a ring (easy number to remember) and they’ll connect you through.

Their website is easily set up to report a lost (or found) dog.

Start here, because CMPD only holds pets for three days. Now is not the time for a missed connection; make sure they know an animal they may be holding is one you’d like returned. You won’t like the alternative.

Found a pet? You’re legally obligated to report it to Animal Care & Control within 24 hours, so use that service to similarly report any unexpected new arrivals. I once found a dog with only their CMPD license hanging from their collar, so rehoming that one with the provided info was a breeze. 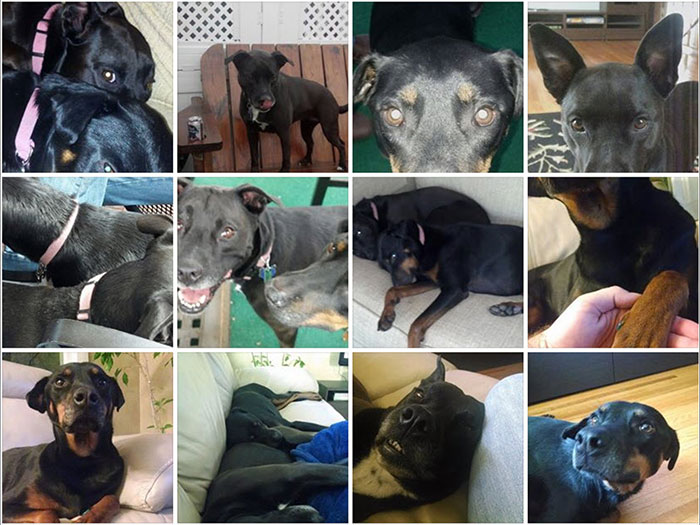 I don’t mean make a post lamenting your current situation. “Fluffy is gone, woe is me” might garner some short-term sympathy, but it’s not the right approach to swiftly get Fluffy back.

Facebook posts are becoming the 21st century’s equivalent of lost dog posters, so stick to the necessities: name of the dog, area where they went missing, a brief physical description, and a quality picture of your dog. Basically, do better than what I did: 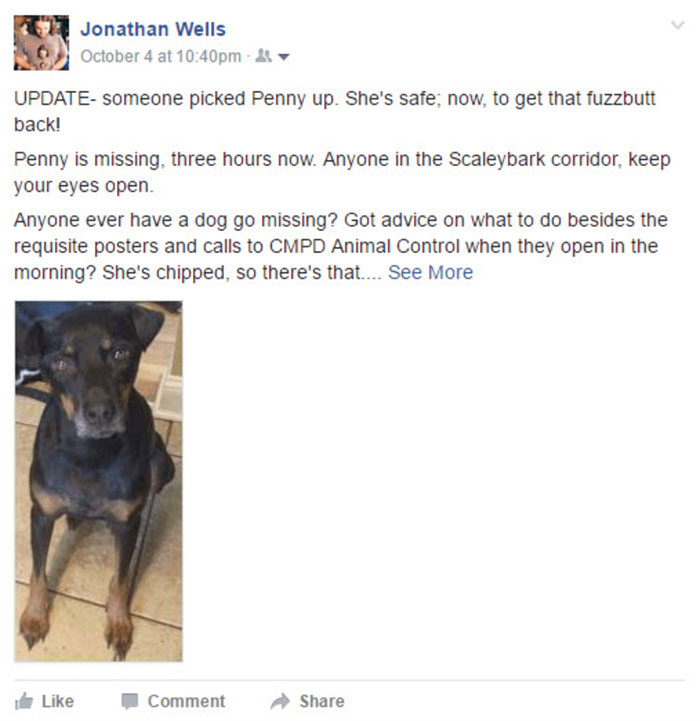 In short, make sure it’s both something your friends can share and something that a stranger will find useful.

While you’re at it, submit that same post to relevant lost & found groups on Facebook. Lost & Found Dogs of North Carolina has statewide coverage & nearly 60,000 followers.

Does your neighborhood have a Facebook group? Get on there too. Your neighbors are a great resource in the immediate term, so utilize their eyes and ears. This was the turning point for me so I can’t stress its usefulness enough. More on this shortly. 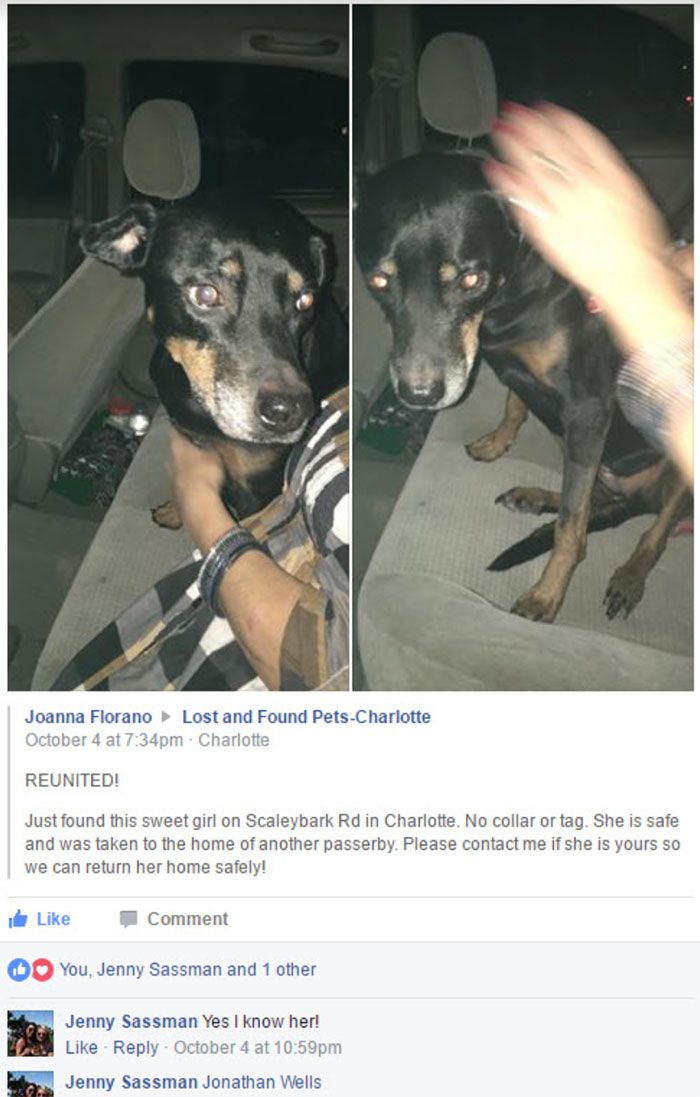 Get your neighbors involved via Nextdoor

The Nextdoor app (available on both Android and iOS) came highly recommended from several Charlotte folks. Posting was free, the interface was intuitive, and the plethora of options impressed.

Not only could I post to my specific part of Charlotte (and see how many users would be reached in said area), I could also involve specific neighboring areas. This was unbelievably reassuring.

Honestly, I was so impressed with this app, that I started poking around to see all that it could do and almost forgot to post my ad. Thankfully I fared better with staying on-task writing about it. 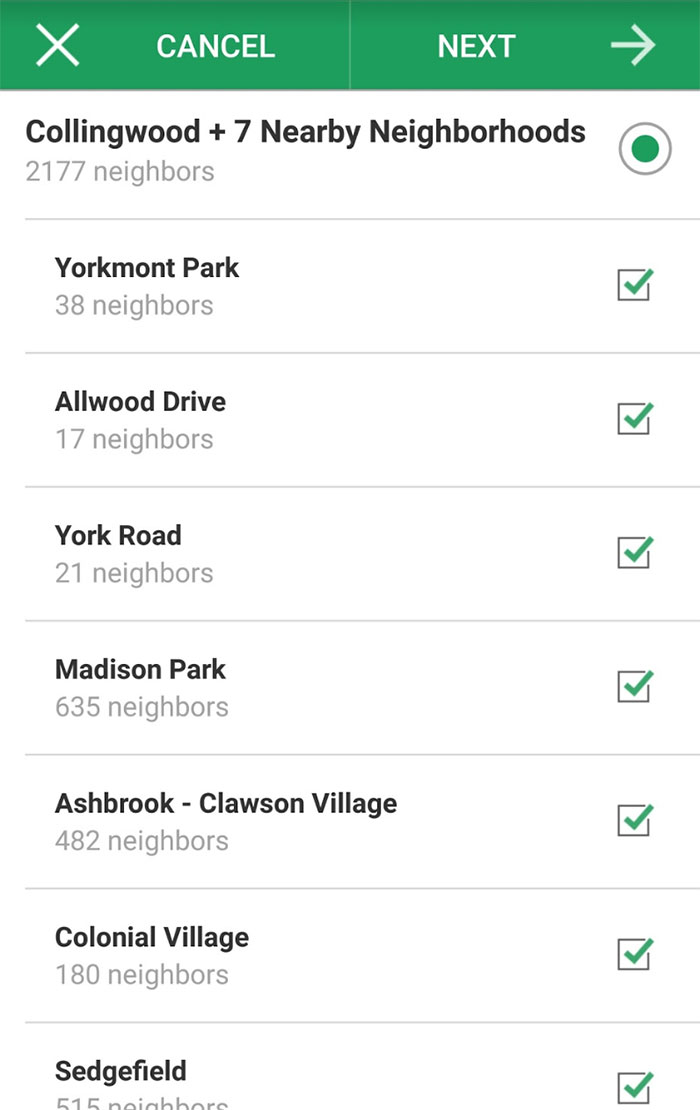 Save the posters as a last resort

This is the first step listed that’ll cost you money. It’s also the one with the narrowest audience (largely limited to foot traffic in a specific area). However, those folks on foot are the most likely to spot your dog, one of many reasons lost pet posters are such a tried & true option.

Perhaps I would’ve been a bit quicker to plaster posters everywhere if Penny had taken her field trip earlier in the day, but putting up posters at night for a black dog didn’t appeal to me. As such, this step stays at the bottom of my personal to-do list, should I ever have to relive this terrifying experience. 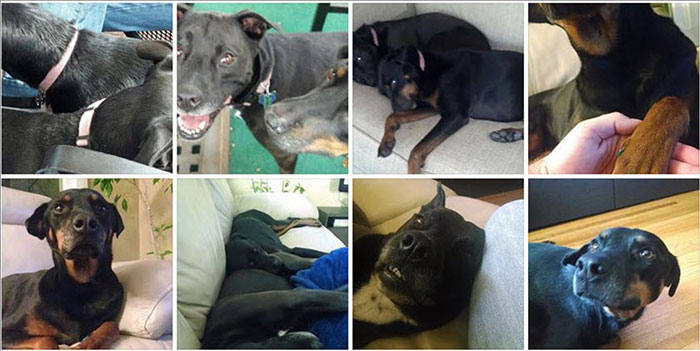 In summary, my takeaways, and thanks

So what do you do when everything’s fine, and your pet is safe and sound in the other room? It never hurts to be prepared:

Thanks to Joanna Florano for finding Penny and having her looked after (plus posting to Nextdoor), Jenny Sassman for spotting a closed-group Facebook post (plus calling me at 11 p.m., simply saying “I know where Penny is” without even wasting time with hello), the Colonial Village Facebook group for proving how awesome this area is to live in, and especially to Katherine Bass for helping me keep my head throughout.

Penny’s happy to be back home, and it’s nice to be able to breathe again. 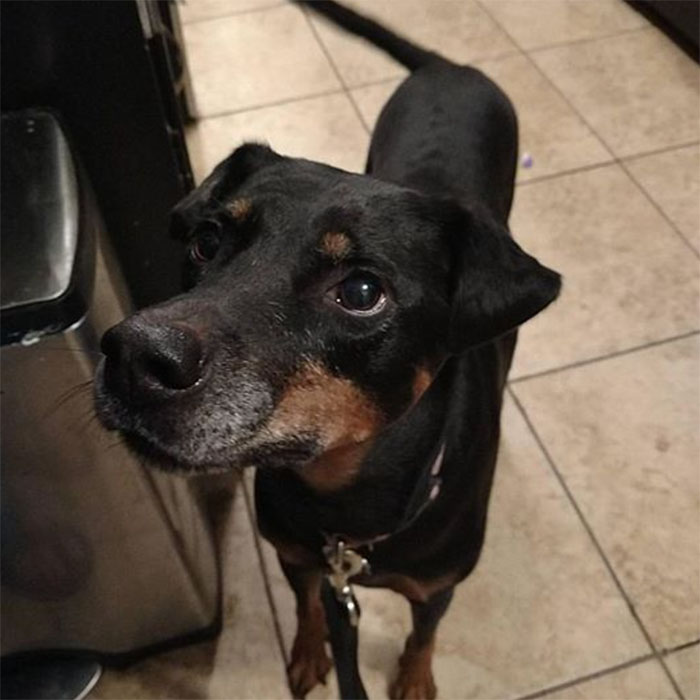 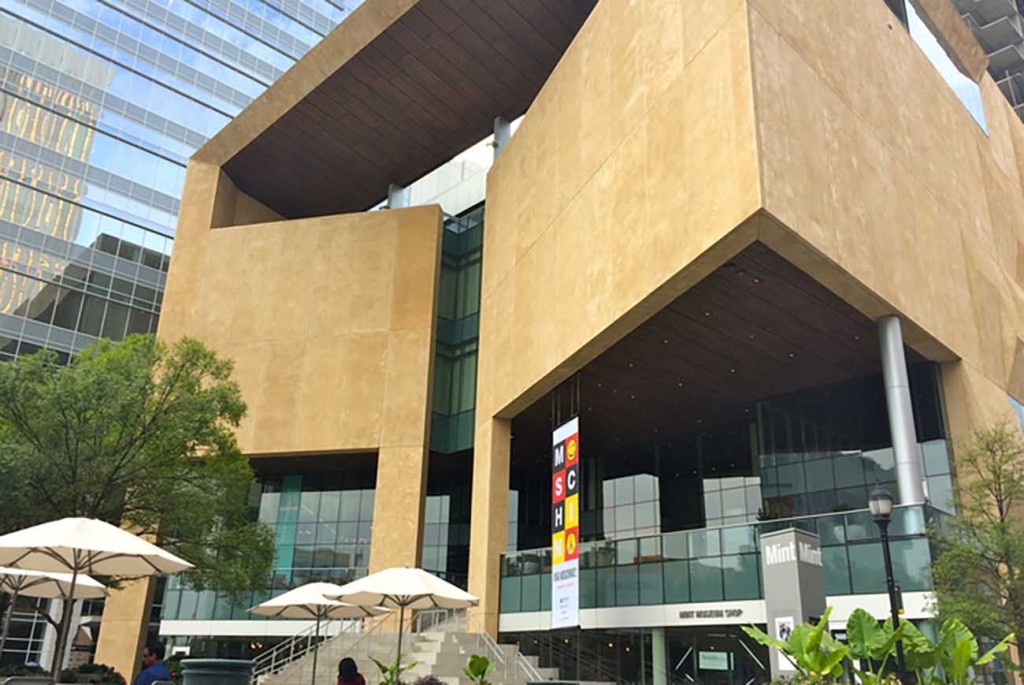