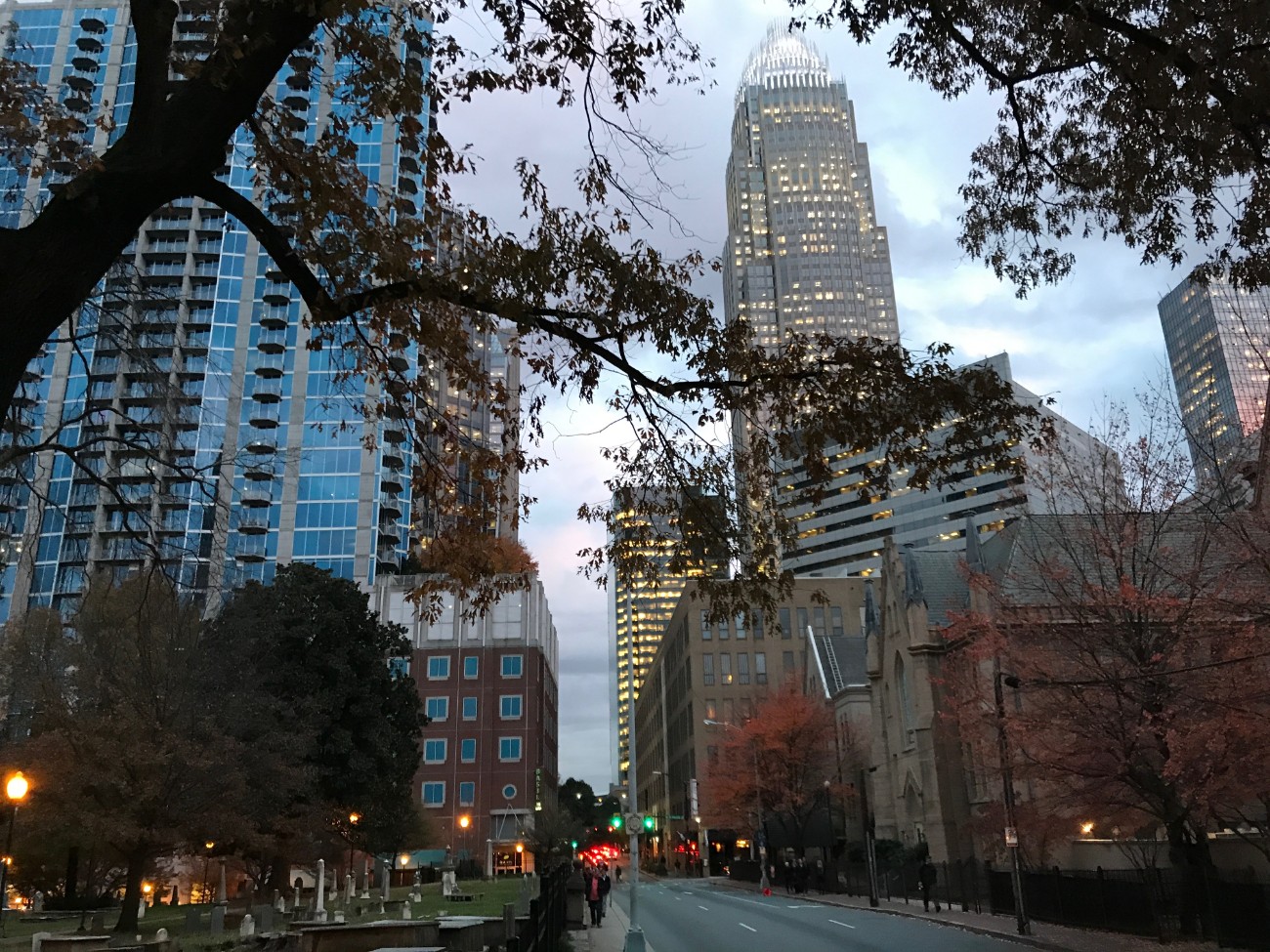 Ghost hunting forums and discussion boards are filled with claims of ghostly encounters in Charlotte.

I’m a big fan of Halloween and a firm believer that ghost stories don’t have to be true to be terrifying. So (hopefully) without killing all the fun, I’ve looked into the validity of some of my favorite Charlotte scary stories.

“Dead or alive” at the Duke Mansion

As the story goes, a man named Jon Avery bought the Duke Mansion and lived there with his mother and sister while his wife had been institutionalized. One day, a young writer came to do a historical piece on the home and Avery quickly fell for her.

The couple would meet up at night in the gardens surrounding the home and Avery told her he would always come to her, dead or alive. When the young woman realized Avery would never leave his sick wife, she called off the courtship and parted ways but he still asked her to return to the garden at midnight a year later.

When the time came, the young woman was engaged but she decided to uphold her end of the deal with Avery and meet him in the garden at the Duke Mansion one last time. Standing in the garden at midnight, she saw Avery stand up on the porch and slowly walk towards her. When she reached out her hand to greet him he walked straight through her, turned and said, “Dead or alive.”

He had died a week earlier.

What about historic facts? The Duke Mansion confirms there is no record of a Jon Avery ever owning this property. 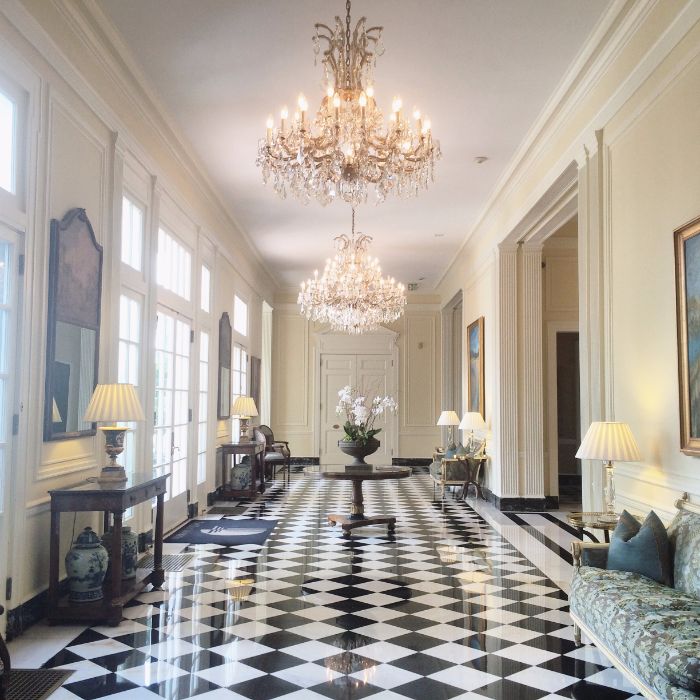 Pruett L. Black, a firefighter at the old station #4, suffered a tragic death on the job in 1934 when he slipped and fell down the fire pole from the top floor. He suffered a skull fracture and later died at just 28 years old. Some visitors report still smelling his cigar smoke on occasion when no one else is around.

What about historic facts? There is in fact a Pruett L. Black buried in Elmwood Cemetery. According to biographical information at Find a Grave, he died April 1, 1934 when he slipped and fell from the top floor of Fire Station #4. It seems reasonable that a firehouse would smell like smoke though, right?

Ok I hate this one.

Apparently students, staff and faculty at Queens have reported repeated sightings of apparitions over the years. They allegedly claim everything from phantom screams and visions of Civil War soldiers to more targeted encounters inside dorm rooms.

In room 303 in Hall Brown Overcash, a student fell asleep and woke up to find her roommate slumped over her desk. She thought her roommate must have fallen asleep studying but as she moved closer to wake her she realized the roommate’s normally red hair was jet black. The body sat up and looked and her and she started screaming, startling her actual roommate who was asleep in bed the whole time.

Another student in the Belk Residence was awakened in the middle of the night by a violent shaking in her room. She looked up and saw the desk next to her bed moving so she got up to see  how it was happening and the movement immediately stopped. She went back to bed only to wake up an hour later to the same shaking desk. This time she tried to run out of the room but watched the door lock itself and the face of a girl appear on her closet door.

Allegedly another student saw a girl peeking out of the closet three years later.

What about historic facts? The Confederate Naval Yard was in fact relocated from Portsmouth, VA to Charlotte in 1862 and Queens was founded in 1857 so the presence of soldiers there is not impossible. As for more recent dorm hauntings, I don’t even care and don’t want to know. 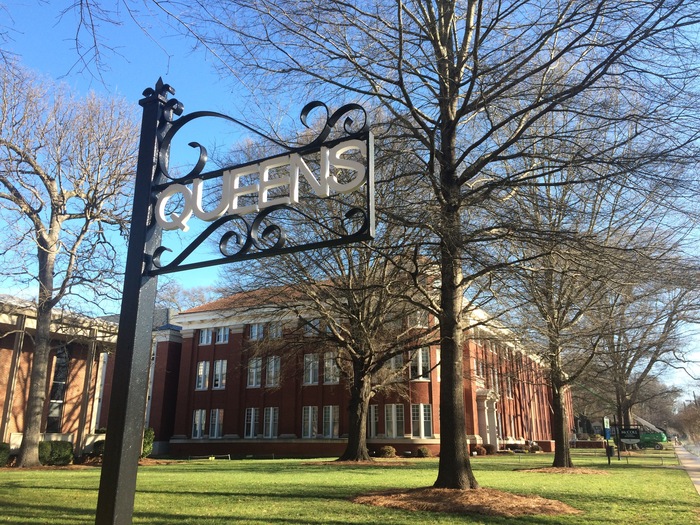 Ghost encounters at Reed Mine

Legends abound about ghostly apparitions at Reed Mine in Midland (25 miles east of Charlotte). The most frequent retelling I’ve found is the story of Eleanor Mills, the wife of one of the miner who is said to have died after slipping and hitting her head on a beam. Her inconsolable husband wept himself to sleep next to her body only to wake up and find her corpse screaming.

He was so distraught he threw her body down the mine shaft where people say her screams can still be heard.

More recently, a visitor at the gold mine captured the image of an unexplained figure on her Flip camera in 2011. You can see the images for yourself here.

Says who? Prairie Ghosts and WBTV

What about historic facts? You can read the history of John Reed’s Mine, where his son discovered a “yellow substance” in 1799 that would become “the first authenticated discovery of gold in the United States” here. There is no mention of Eleanor Mills but they do allude to the legend of a woman murdered and shoved down the mineshaft.

Legend has it that grave robbers stole the corpse of a girl named Louise and sold her to the medical school at Founders College on the site of what is now Bank of America Corporate Center. Unhappy with the violation of her final resting place, Louise is said to have haunted Chambers Hall, a male dormitory.

Says who? Ghosts of the Prairie

What about historic facts? First of all, I can’t find a single record of Founders College existing anywhere in Charlotte, let alone its medical school. Let me know if I’m wrong. Second of all, the legend claims that Louise’s hauntings really spiked in the 1930s but construction on the Bank of America building that houses Founders Hall didn’t start until 1989 and wasn’t completed in 1992. Finally, Duke University claims the exact same story of Louise as their own.

UPDATE: A reader filled me in on the following, “The one about Founders Hall is really about Davidson College. Chambers was the main academic building and dorm from 1860 until it burned in 1921. The North Carolina Medical College held some classes there from the 1880s until 1907 when it moved to Charlotte.

There were rumors of bodies buried in the massive, hollow columns of Old Chambers. In 1914 (if memory serves) a couple of students swore themselves to secrecy and, during a football game, used ropes to lower themselves down each one. They found the skeletal remains of an arm. I another column they found a skull that had been sawn across the cranium, as one might do to remove the brain. The skull was on display in their fraternity house for decades, and is now in the college archives.” 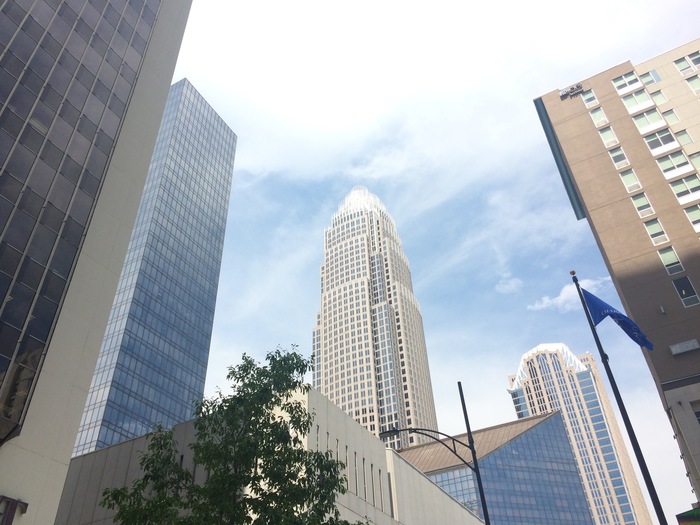 Last year Mary wrote an incredibly creepy story about the Bootlegger House in Fourth Ward with firsthand accounts from the homeowners. It gives me chills every time. Read it here.

Says who? The homeowner, John Causby.

What about historic facts? I’m taking the homeowner’s word for it. It’s insane. 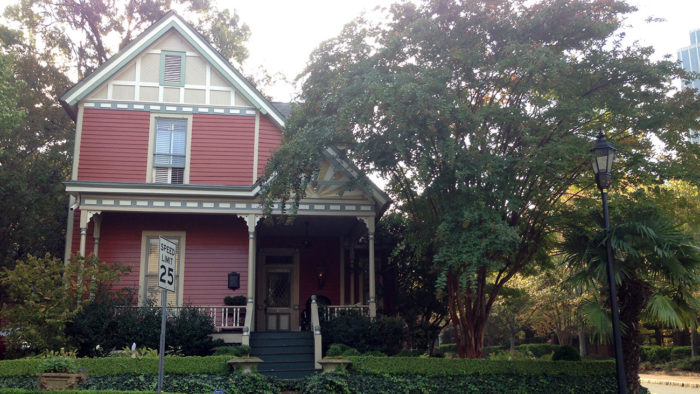 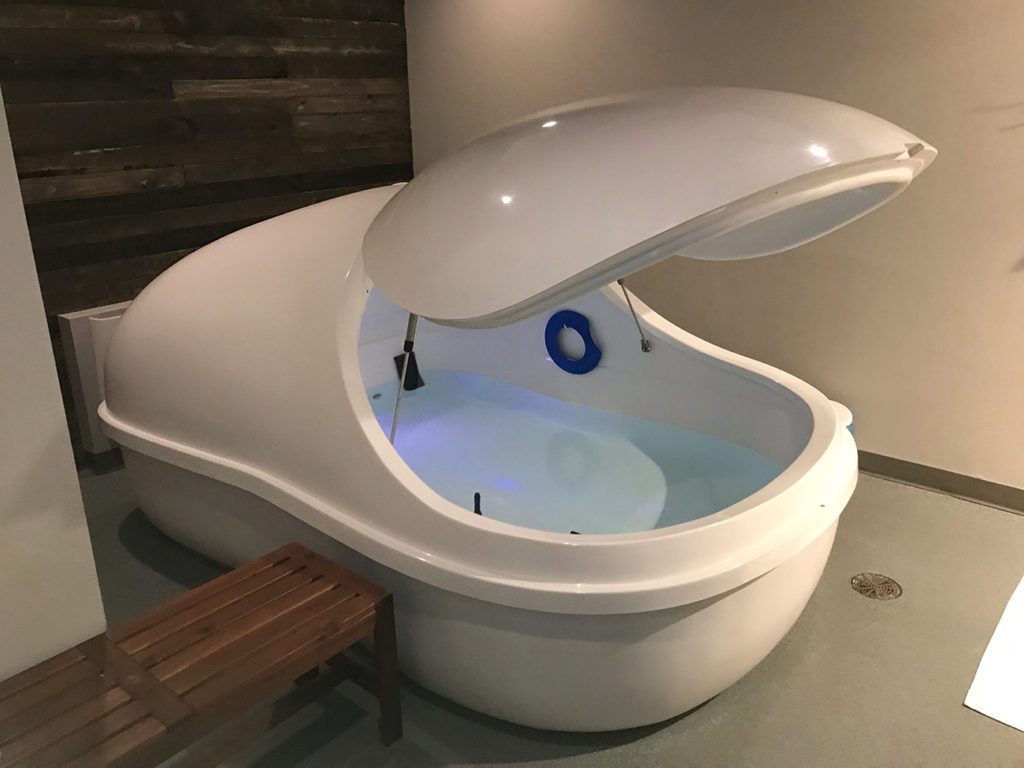