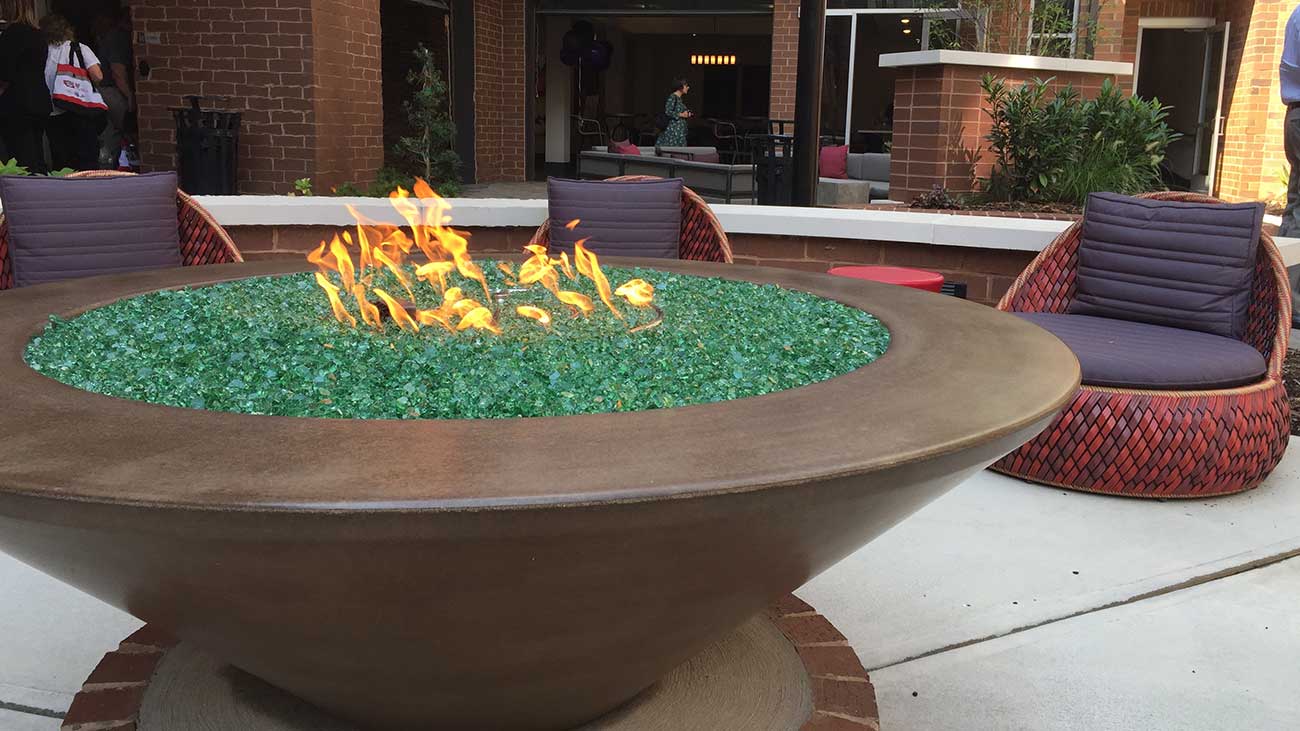 At Charlotte’s newest apartments, it’s all about the amenities.

Last week, I rode around with the Greater Charlotte Apartment Association’s annual tour of newly opened communities. This year, we hit five of them, spread between Montford Park, NoDa, Commonwealth Morningside, SouthPark and Ballantyne.

And as we peeked inside the sparkling new communities, it became clear that certain amenities are starting to come standard at new luxury projects as tens of thousands of apartments are being built.

More than 10,000 units are under construction right now, with another 13,000 in the planning stages, according to September figures from Real Data. 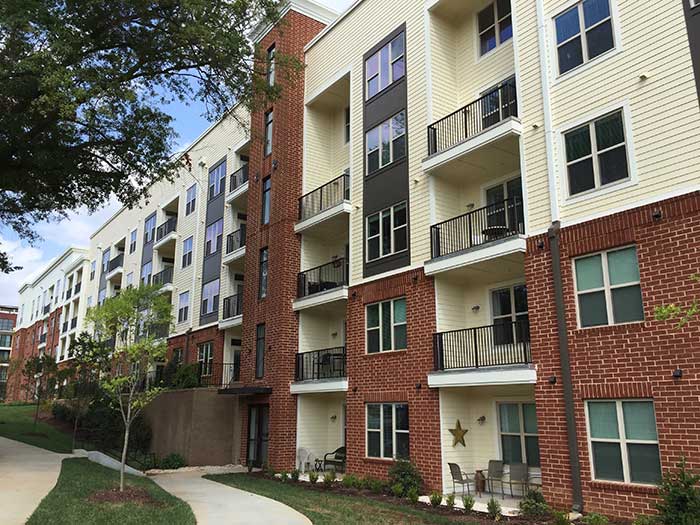 That makes renters the beneficiaries of an arms race as property managers work to lease up the new buildings in a year or less. Vacancy rates in hot areas like South End and SouthPark remain higher than average.

Industry insiders who’ve been on tours like this for years said the amenities are by far the biggest difference in Charlotte apartment communities between 10 years ago and today.

And industry insiders privately worried whether the yearly maintenance costs would present an issue if rents begin to stabilize.

The average rent in Charlotte now stands at $1,052 per month, compared with about $780 in 2011. Data from Rent Jungle shows that average rents have jumped 25 percent in just the past two years.

Here are some of the most common amenities in new Charlotte apartment communities:

These 10 features were common to most if not all of the five apartment communities we toured: Mercury NoDa, Encore SouthPark, 5115 Park Place (Montford Park), Legacy 521 (Ballantyne) and The Village at Commonwealth (Commonwealth Morningside).

These sit in the shallow end and often have bubbling features next to them. One even had a shade you could pull over your head. 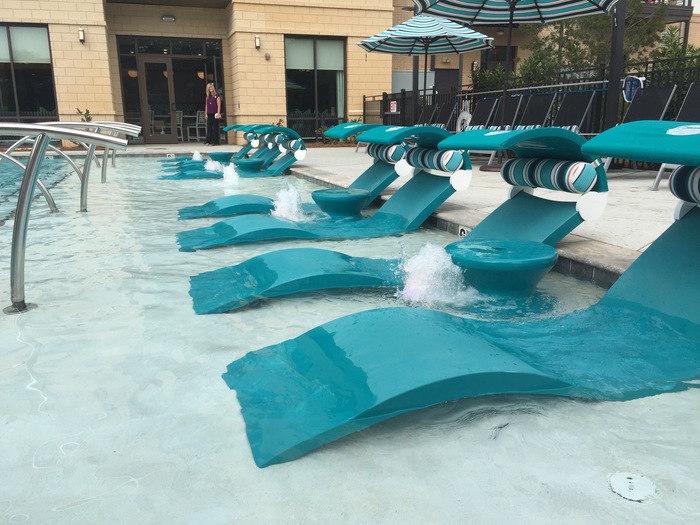 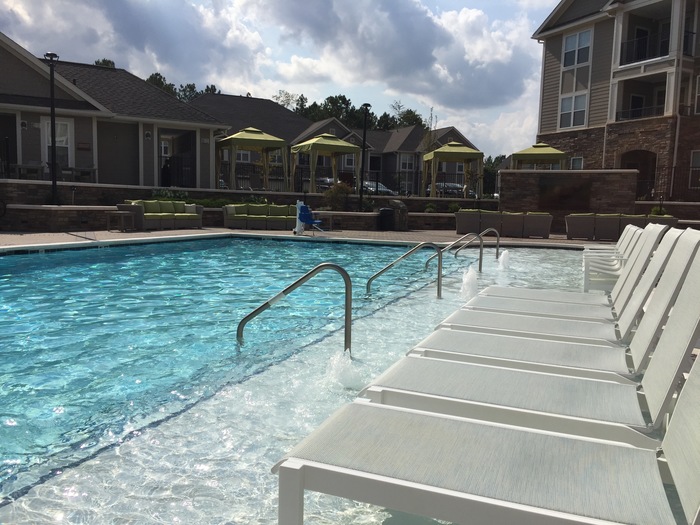 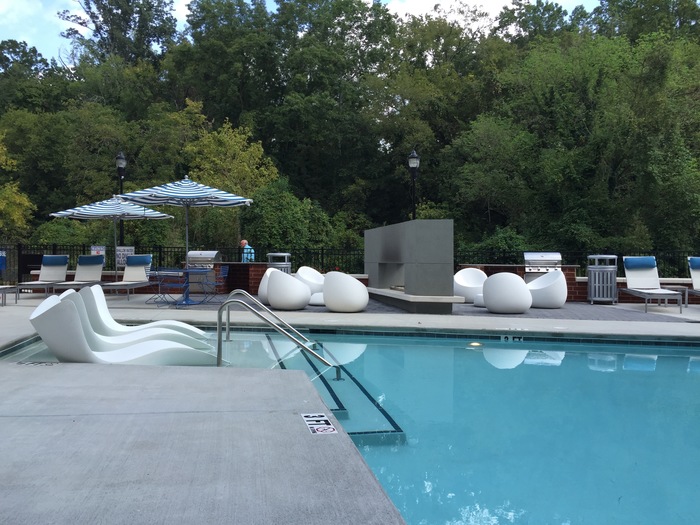 These are the latest trend in poolside amenities, I heard from several people on the tour. 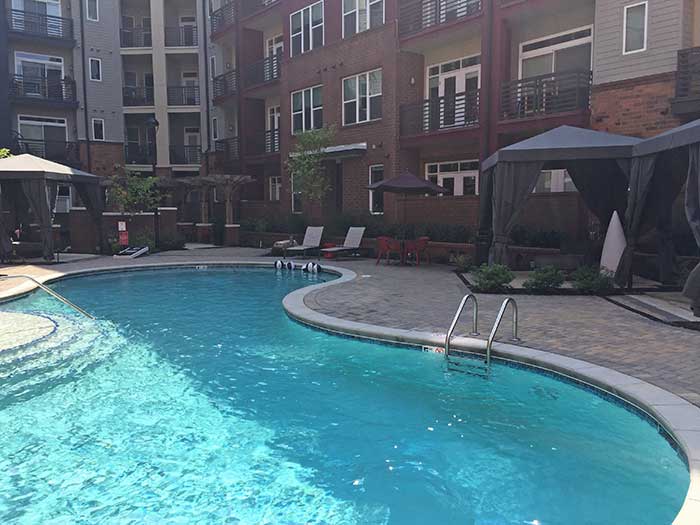 Some even have separate facilities for men and women. 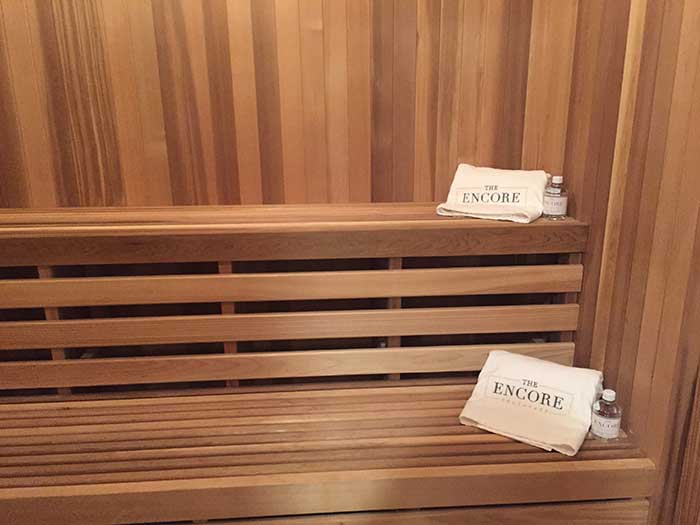 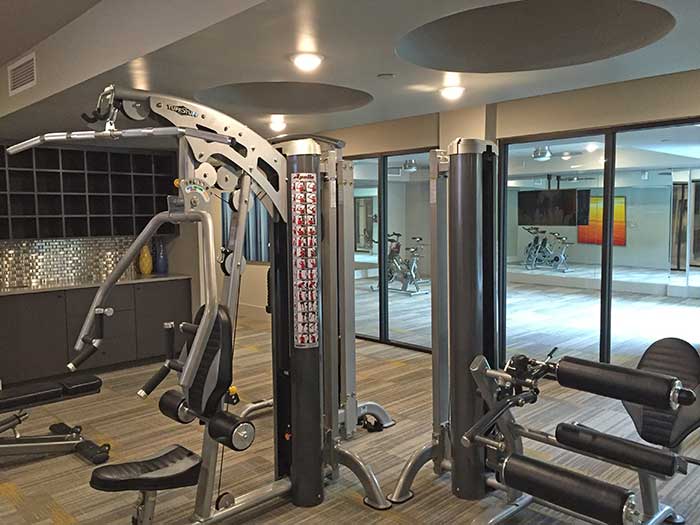 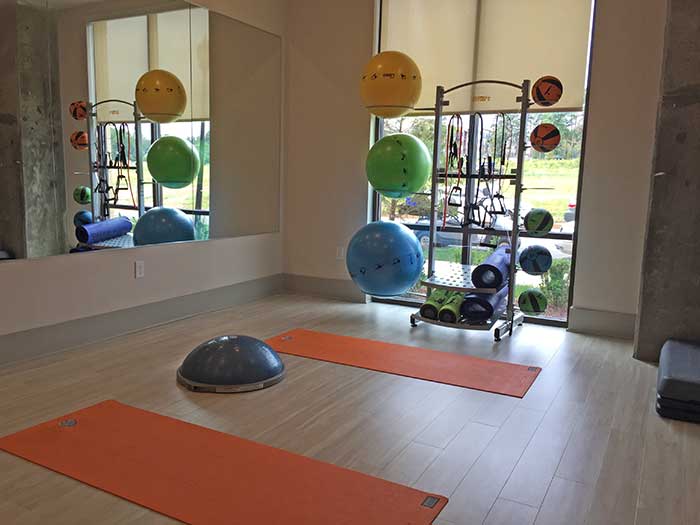 The “leasing office” is more of a hotel lobby experience, with Starbucks machines. Mercury NoDa even has Smelly Cat. 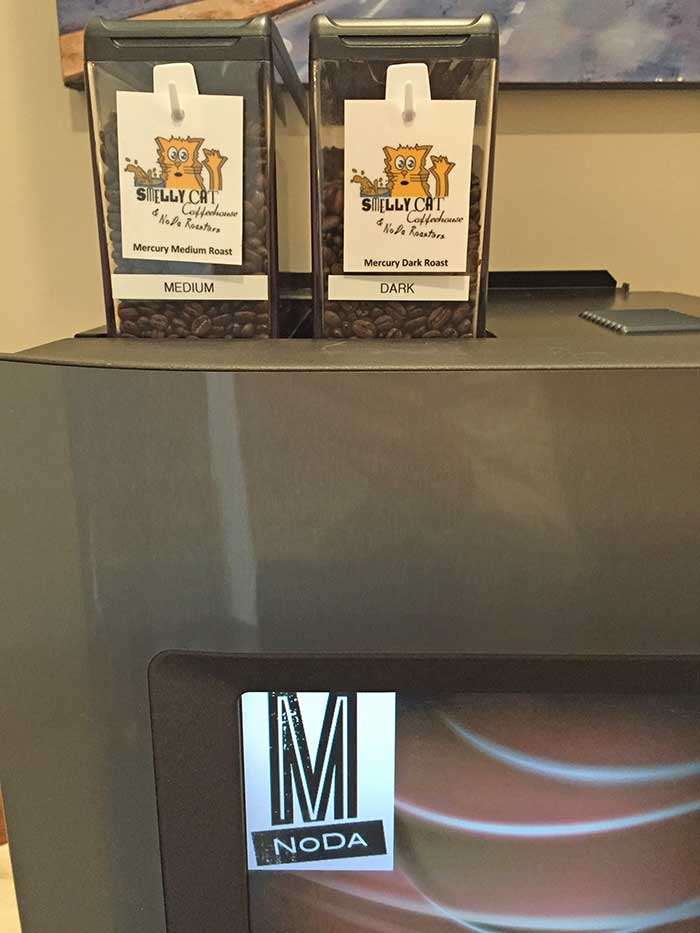 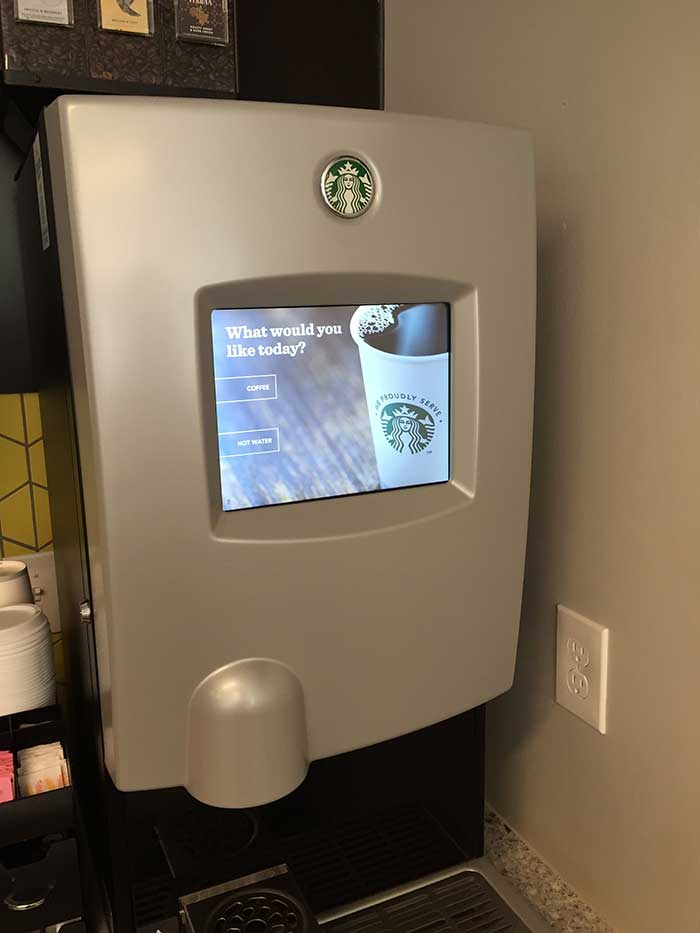 Three-story walkups with outside breezeways used to be the norm in Charlotte. Now, apartment developers I talked to said they can’t recall the last time they built a community that didn’t have rooms stemming from interior hallways and controlled-access doors.

And those hallways aren’t ignored either. There’s quite a bit of art. 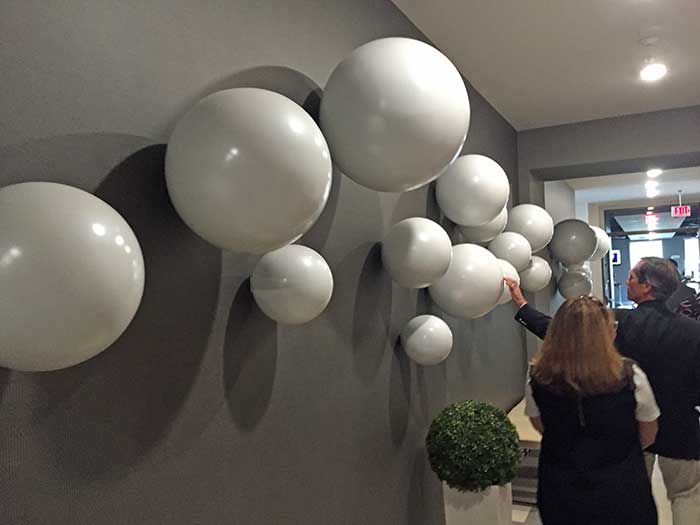 If you’re lucky, the gym might even have chilled towels. 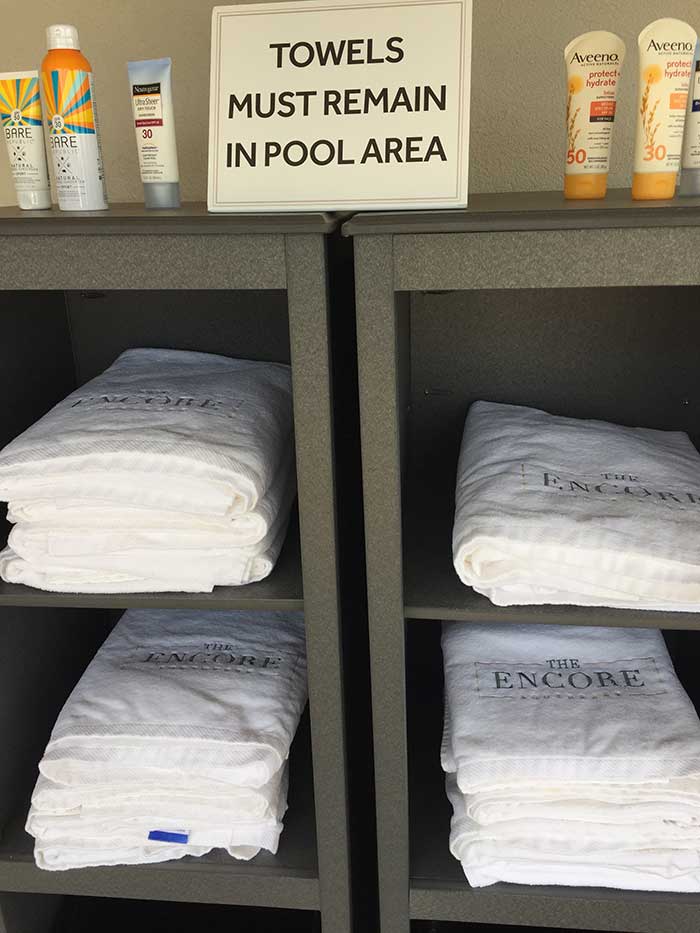 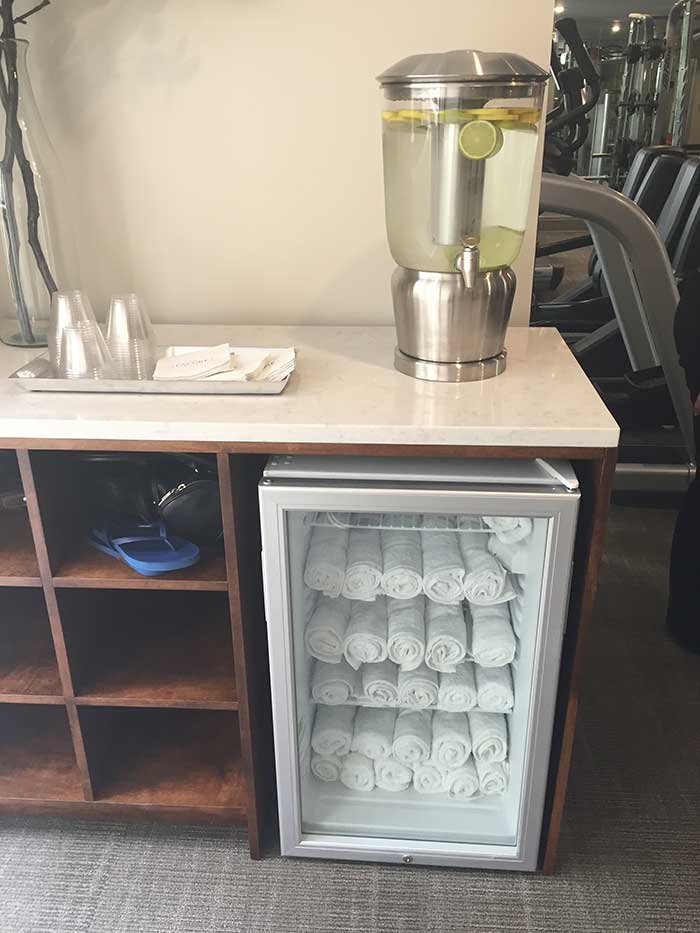 Complete with loungers, couches, fire pits, TVs and outdoor games. Some first-floor units open directly out to the central courtyards. 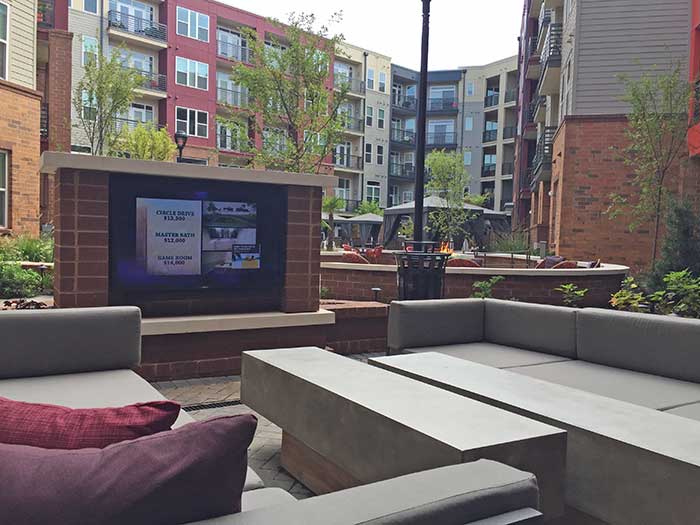 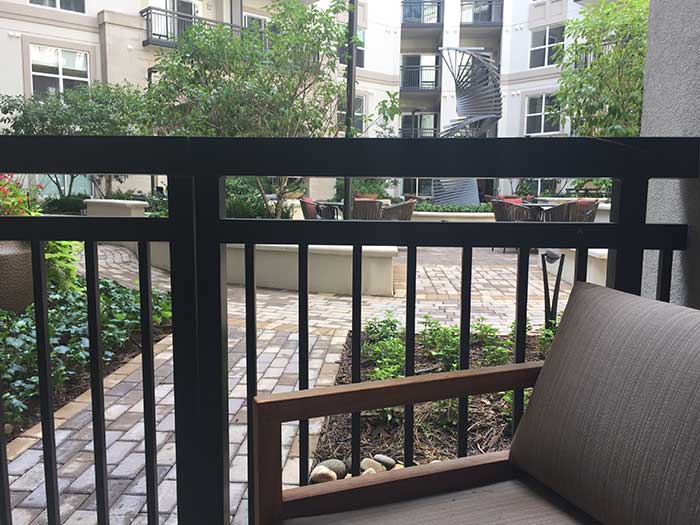 Adorned with local art and complete with big-screen TVs, billiards and loungers. 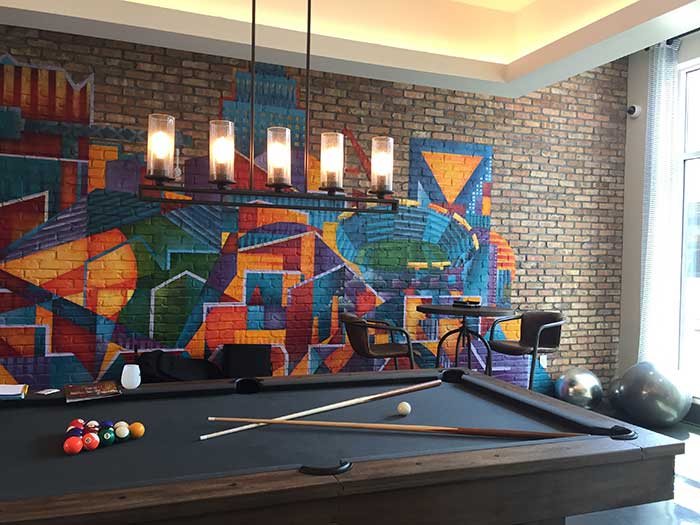 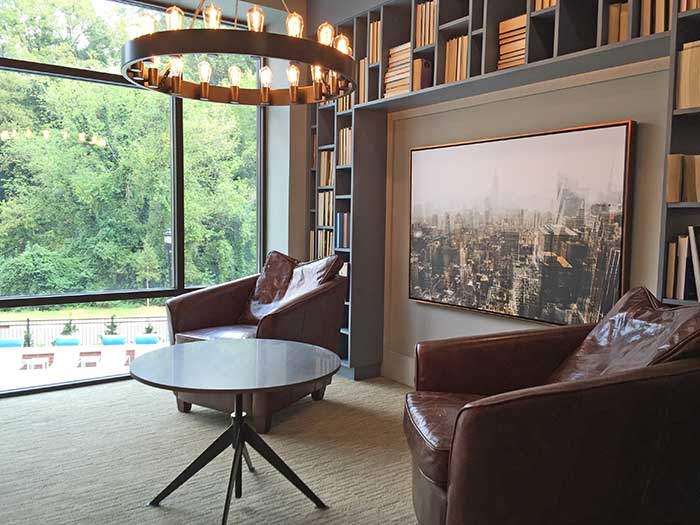 And here are a few bonus amenities you won’t find everywhere. 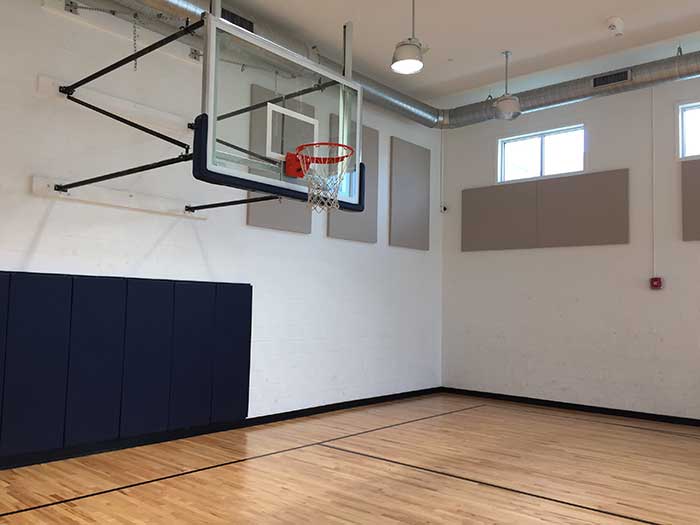 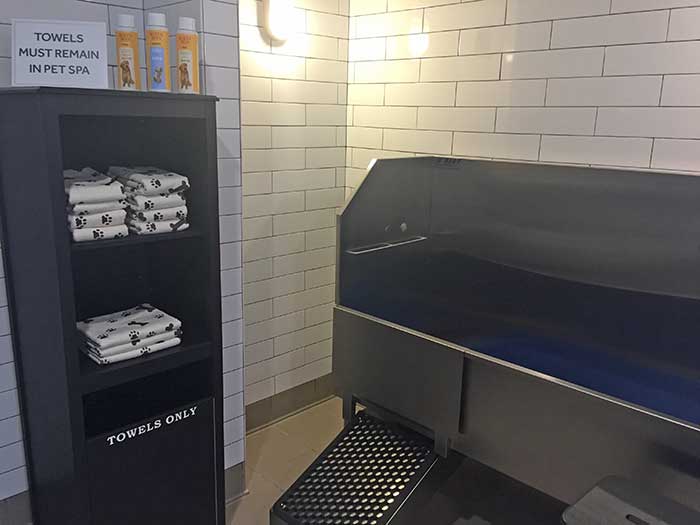 3) Wine fridges in every room 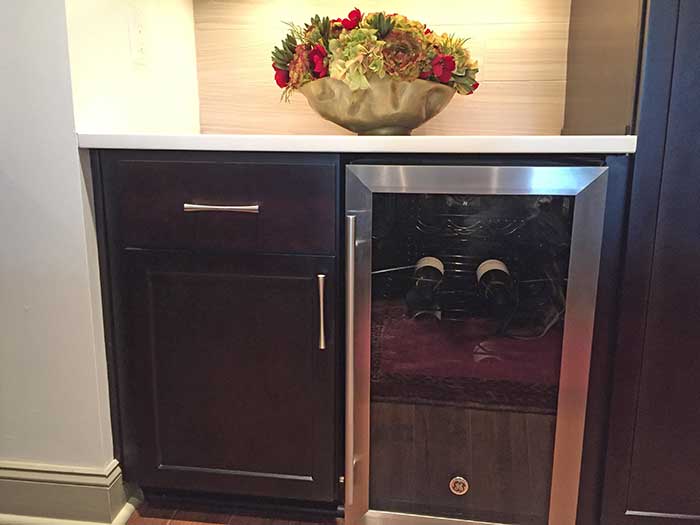 Yes, Encore SouthPark was the most expensive, but it also had the most differentiated amenities. 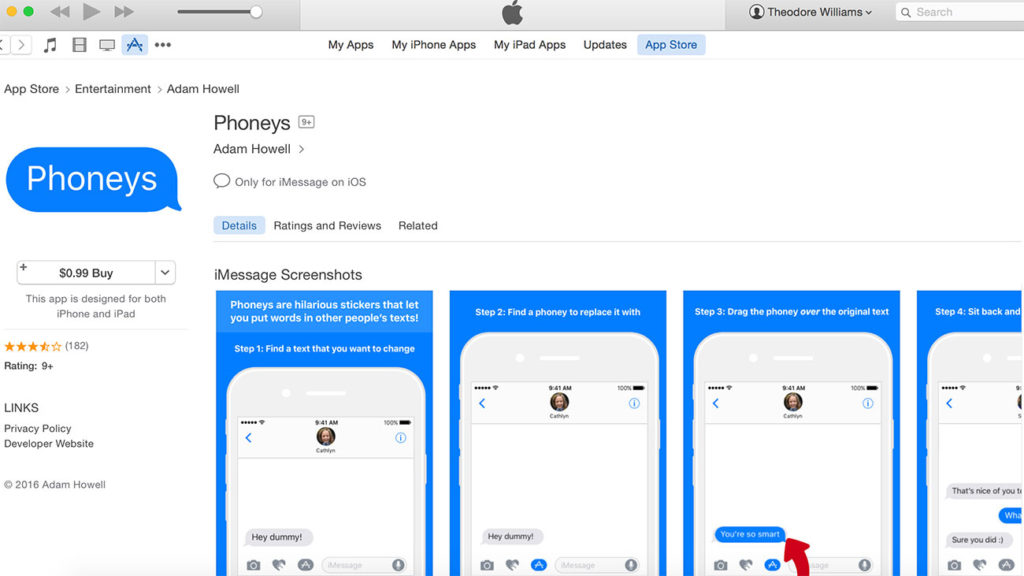 Adam Howell, local technologist, hit #1 on the App Store with $.99 Phoneys – but not for long…