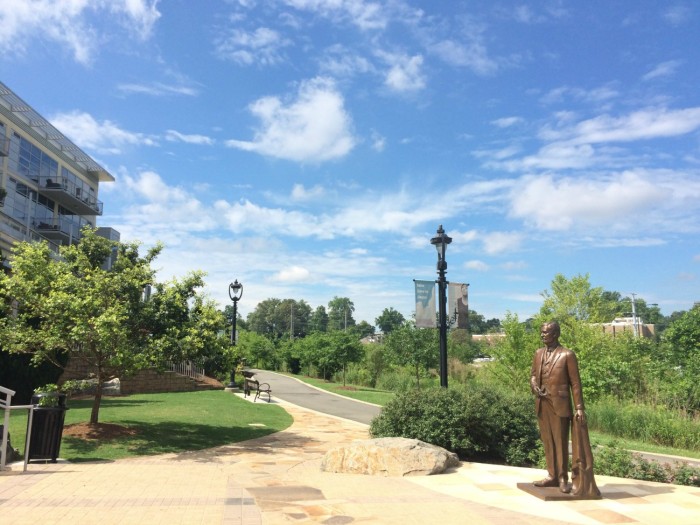 Once complete, Little Sugar Creek Greenway will run 19 miles from the South Carolina state line to just north of Uptown. It’s a massive project with huge implications on citywide health (more walkability), transportation (bike to work without fighting cars), environmental sustainability (stream and wildlife restoration) and just overall aesthetic appeal (it’s pretty). It also, as it turns out, provides a convenient route for riding around on your bike and visiting bars along the way.

Right now the full experience of the greenway end to end is admittedly a bit janky and disjointed in spots, but there’s still plenty of fun to be had on the four main sections that run through Charlotte from Noda to Park Road Shopping Center.

Here’s a six-mile ride from Cordelia Park to Park Road Shopping Center with four adult beverage drinking spots along the way. Note that the greenway is not an end-to-end trail and there are sections of street riding along this route when connecting from one section to another. I’ve included links to more information and greenway maps in italics. Follow signs and laws, and always always wear a helmet. Also note that BWI (biking while intoxicated) actually is illegal in North Carolina as of 2006 and carries with it the same penalties as driving drunk. So don’t be an idiot.

Start your ride at Cordelia Park in Noda. There is ample parking if you’re arriving by car and you can get some sweet shots of Charlotte from up on the hill. Hit the greenway and head southwest toward the city. When the greenway hits Belmont Ave. hang a right to reach your first stop.

Grab a beer and hang out for a bit but pace yourself. You’ve only been riding for like 5 minutes. There’s a long way to go… Hop back on the greenway after your beer and keep rolling. You’ll loop down around the apartments at E. 10th and E. 12th and will have to navigate the road to get to the next section of the greenway. Turn right on E. 10th, left on McDowell and then left on E. 7th. You can re-enter the greenway at the corner of E. 7th and N. Kings.

You’ve made it to the urban stretch. Follow the greenway along the creek until you get to the Metropolitan, a development with restaurants, shops and Trader Joe’s. You’re heading to Vivace to hang on the patio and take in the view of Uptown. Get back on the greenway and keep rolling past Midtown Park (the big silver ball on your left). If ever the greenway looks like it’s splitting, stay right nearest the creek to stay on course. Veering left will take you to the sidewalk and eventually dead end you on the street.

Eventually you’ll arrive at Freedom Park. Loop up around this sign and hang a left on East Boulevard to get to your next stop. The Summit Room is home to hands down the very best cocktails I’ve ever had in Charlotte. Ted and I can vouch for the blueberry smash and cucumber Collins. Snag a rocking chair on the porch and gear up for the last stretch of your ride. Backtrack to Freedom Park and follow the path around the pond or stay on the greenway back by the creek (they run parallel to each other and end in the same place) until you hit Princeton Road on the other side. You’ve got a bit of neighborhood street riding before you arrive at the next developed greenway stretch so just follow these signs to stay on course: You will eventually hit the end of the trail at Brandywine Road (behind Park Road Shopping Center). Hang a right and roll into your final stop.

You made it! Settle in for drinks and oysters on the patio (if you’re lucky it’s a brewery #patiotakeover day) and let it sink in that you still have to get back to your car in Noda at some point… You could always hit the trail and take the greenway all the back from whence you came but if you’re completely over it at this point (and perhaps approaching Biking While Intoxicated status), you (and your bike, yes) can take the bus into Uptown and then back out to Cordelia Park. 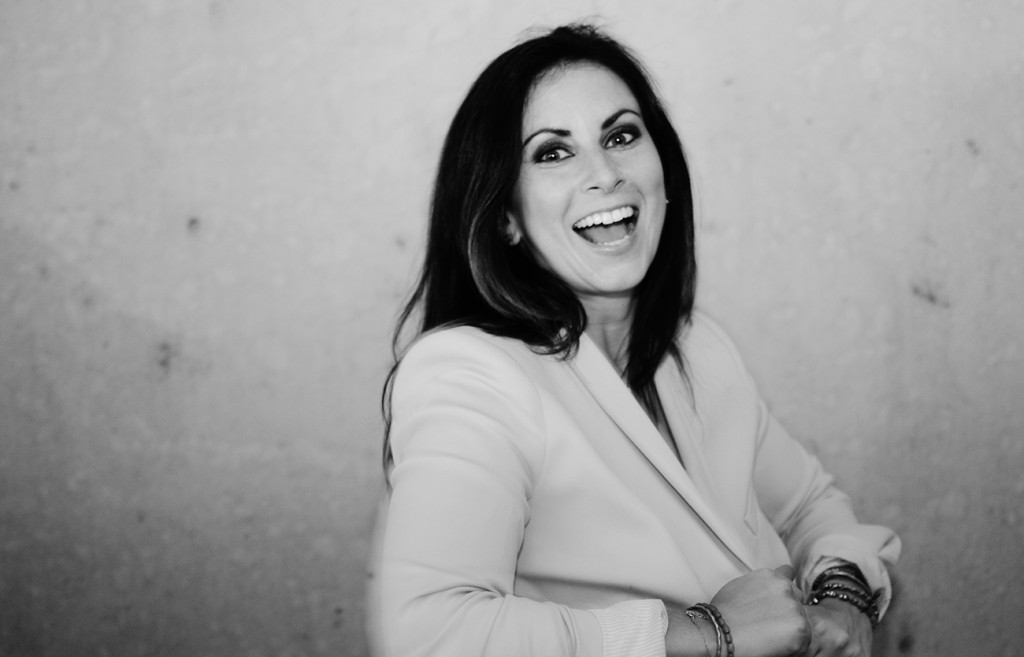 Director of Communications
Central Piedmont Community College
View All Open Jobs | Post a Job
Sign up
Join the 113,656 smart Charlotteans that receive our daily newsletter.
"It's good. I promise." - Emma