More than words: Charlotte’s arts community responds to the riots

Oftentimes our words fail us. Especially when grappling with sensitive and complex issues, our words can get twisted and misconstrued, our true intentions misunderstood and what started out bad is only made worse.

Which is why when the human hurricane of destruction hit Uptown last week and the entire first floor of windows at the Hyatt House were destroyed, manager Matt Allen sent out a call via the Company Store’s Facebook page, asking for help from the Charlotte arts community. Artists and designers across the city took on the challenge, and turned the ugly plywood boards on the front of the hotel, into works of art, images of hope.

Dozens of artists responded to Matt’s call and the Hyatt House was transformed from another victim of last week’s riots, to a beacon of hope. A symbol of the power of art to communicate and unify. 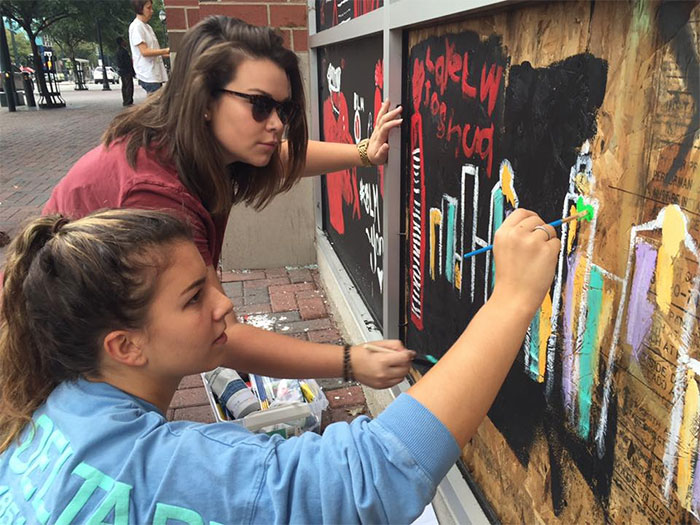 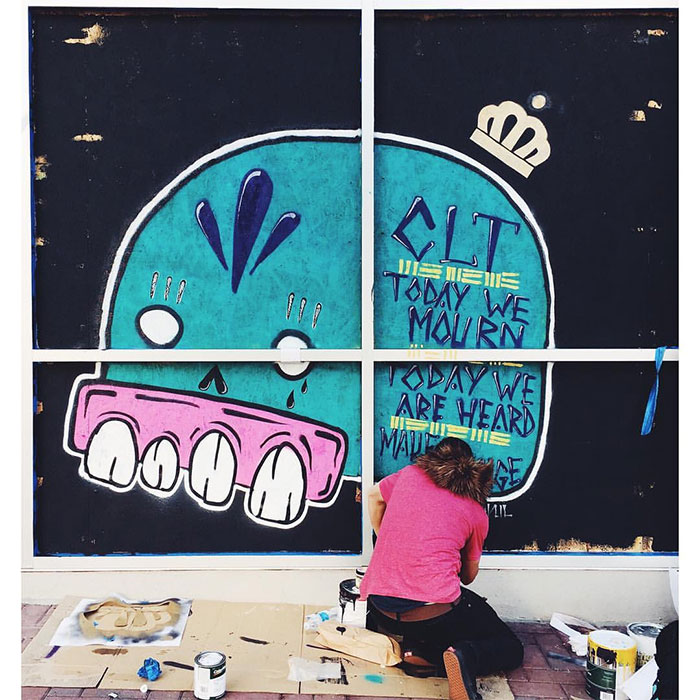 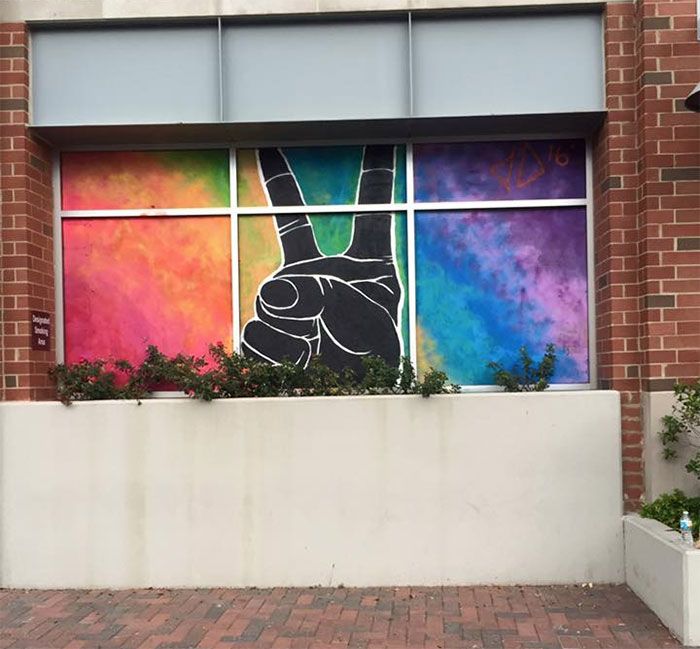 But the Hyatt Hotel was just one example of Charlotte artists using their craft to convey their own complex reactions to the turmoil and confusion that took hold in Charlotte last week.

Mike Wirth, an associate professor in the Art Department at Queen’s University, was touched by last week’s events from the very beginning. When he first heard of the shooting of Keith Lamont Scott, Mike created a graphic featuring the Crown of Queen Charlotte and a blue tear drop. 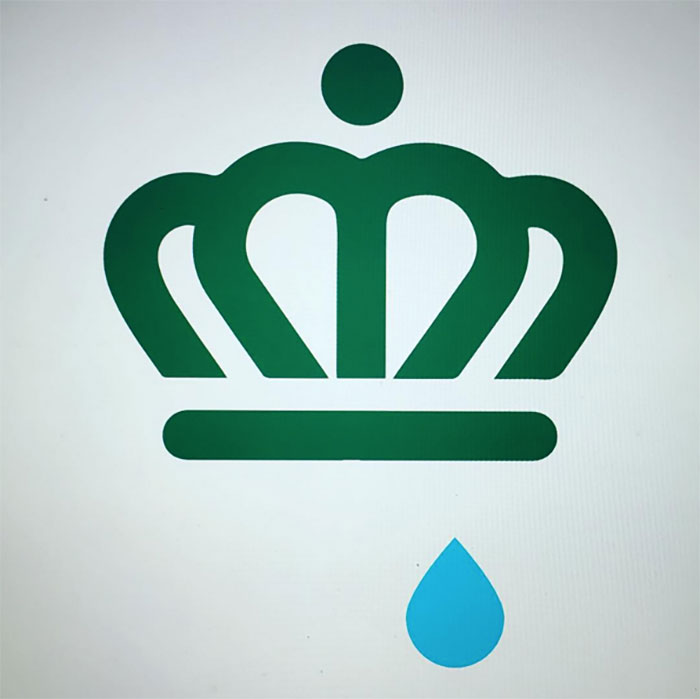 “I thought, ‘Queen Charlotte must be crying’. And this image just came out of me, I made it so quick and then just put it up.” Says Mike. “It’s like I tapped into something everyone in Charlotte was feeling.”

By the end of the week Mike was seeing his work up on billboards around town and began to notice the theme of the Queen City Crown being incorporated into symbols of emotion all over the city, as creatives across Charlotte expressed their reactions to last week’s tragedies through art. 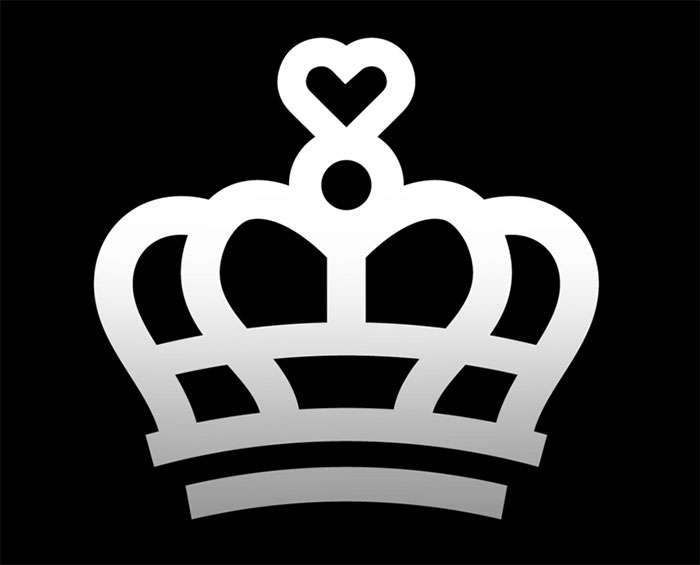 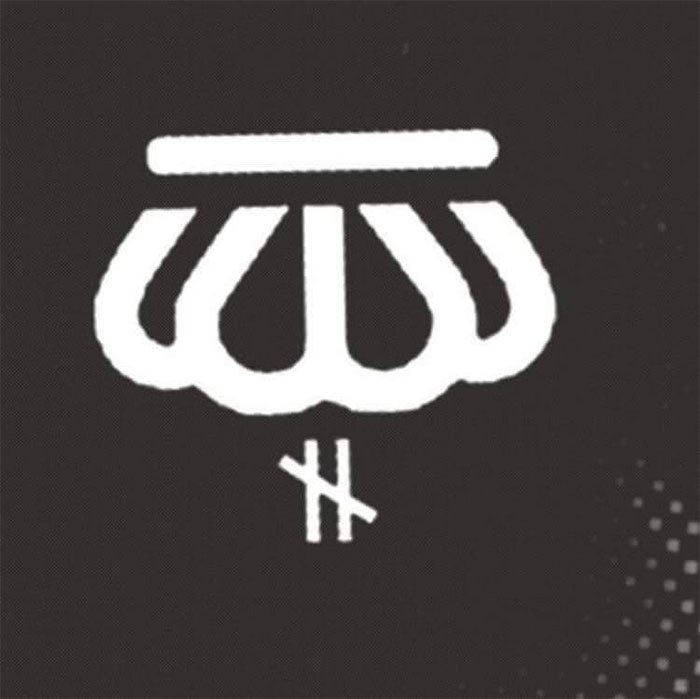 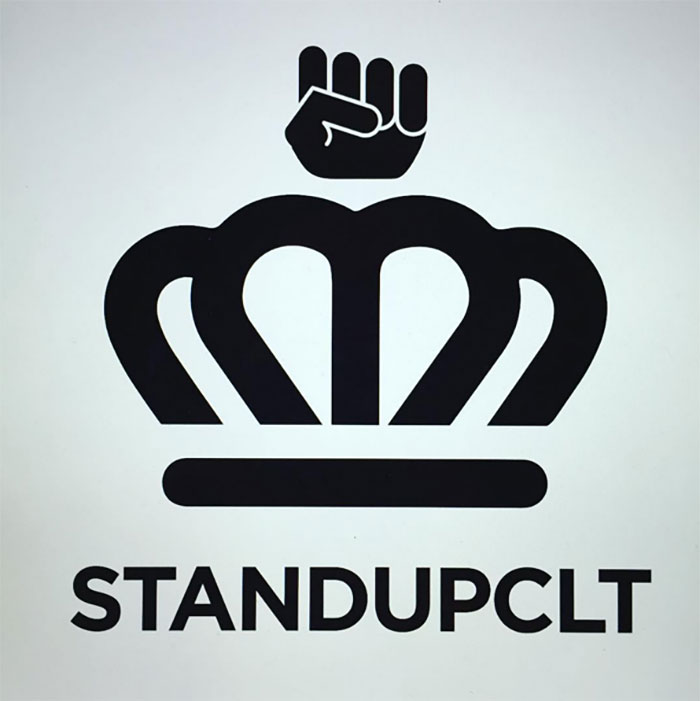 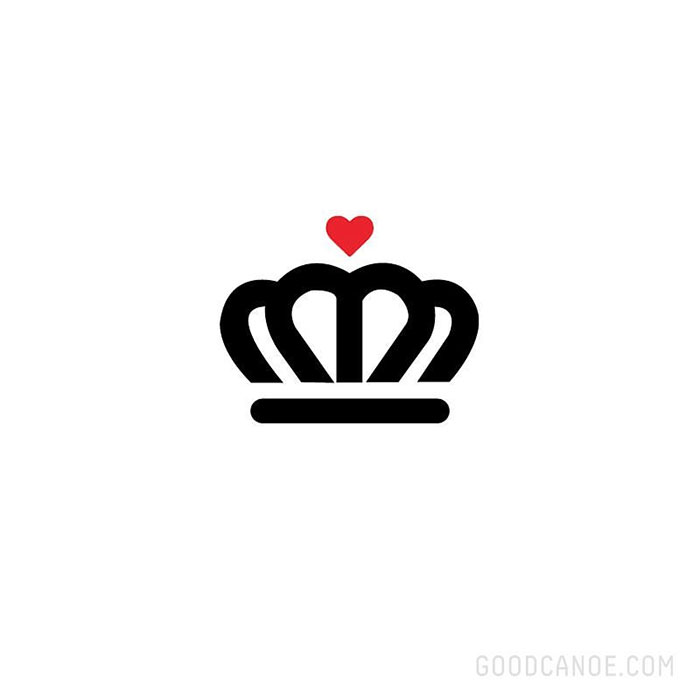 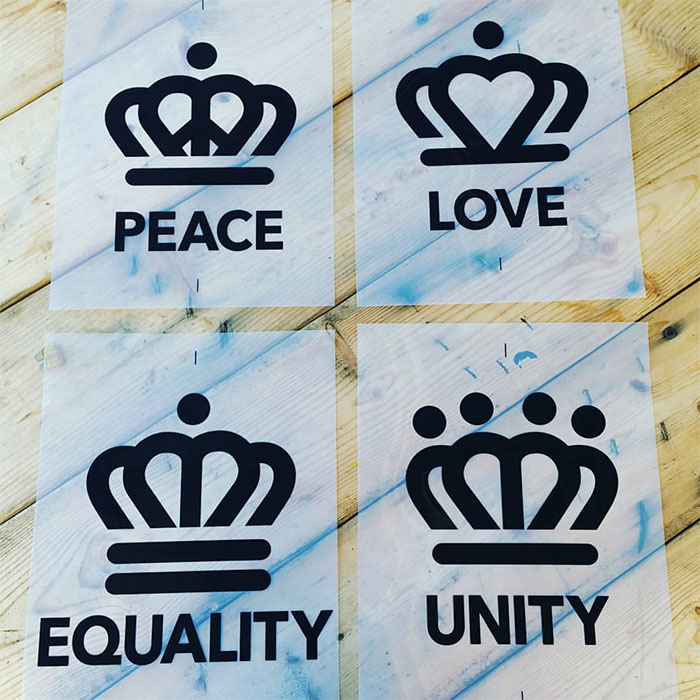 But more than just a tool for venting, the art created in response to last week’s deaths, riots and protests, has the power to keep this urgent dialogue going and to move us, as a city further down the path towards positive change.

“We forget so quickly. The question is, how do we keep these conversations in play? That’s where the power of art comes in,” Mike says.

Right now Charlotte has the opportunity to be a city that represents real change.

Last week’s events were terrible, but out of the ashes shines a new hope, a ray of light that is illuminating a way to a promising tomorrow, and that light is shining brightest through Charlotte’s creative community. Whereas before, the banks, large corporations and sports franchises were the catalysts for change in Charlotte, today it feels like our arts community is poised to continue this crucial discourse and lead Charlotte towards a more empathetic, and all around better life, for everyone.

“It’s made me love Charlotte even more,” Mike says. 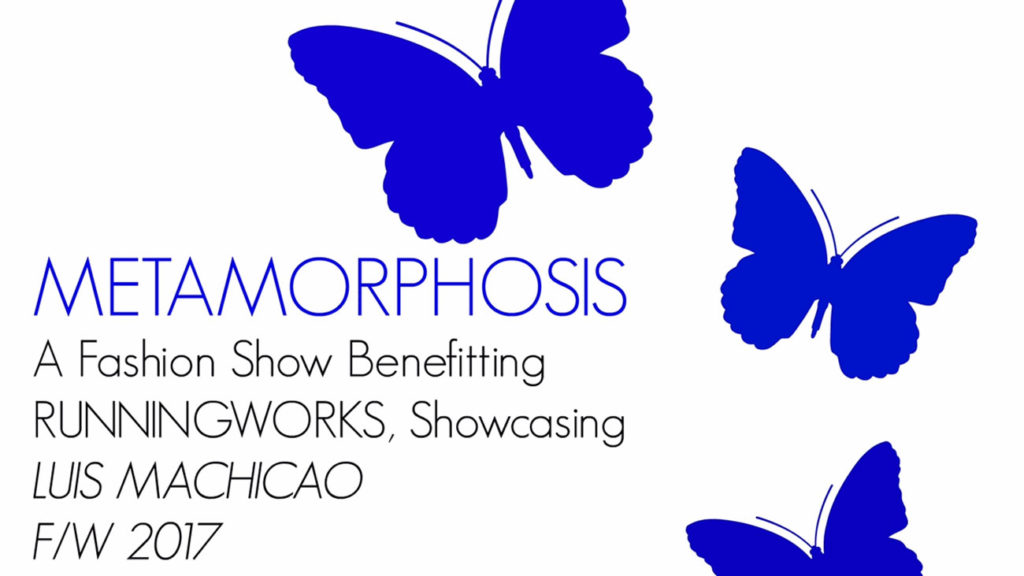 Experience Paris Fashion Week in the QC while giving back