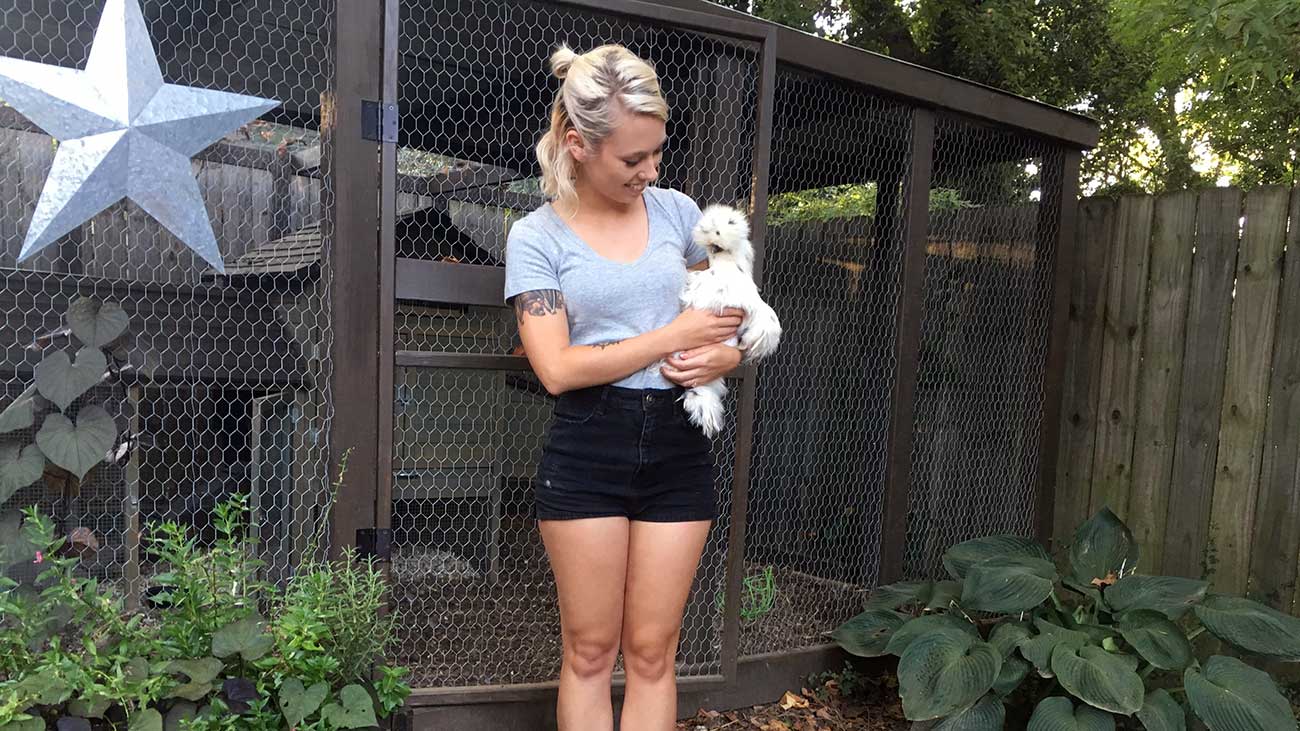 And this is why I put aside my bird-hate and agreed to meet Ashley Morgan and her backyard chickens. 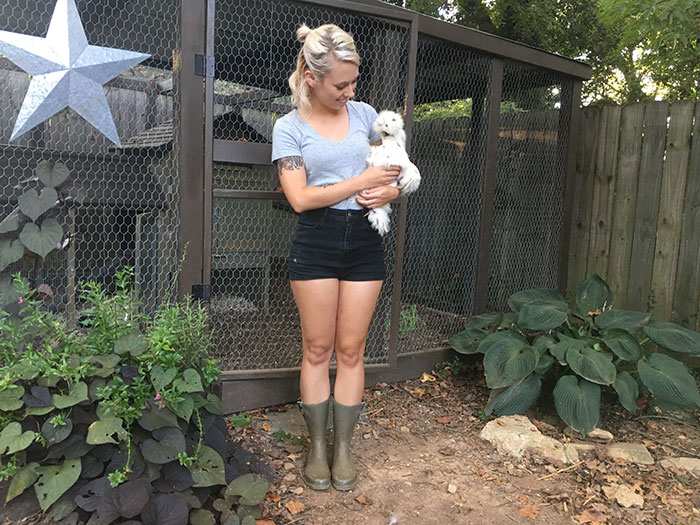 When I went to Ashley’s house I expected to see feathers flying everywhere and for the whole area to smell like an Amish farm. But when I pulled up to her cute Plaza Midwood home I saw no sign of chickens.

Ashley invited me into her backyard to meet “the girls” and this is where my bird-aversion started to diminish.

She opened the coop and out ran five of the fluffiest, cutest chickens I have ever seen. 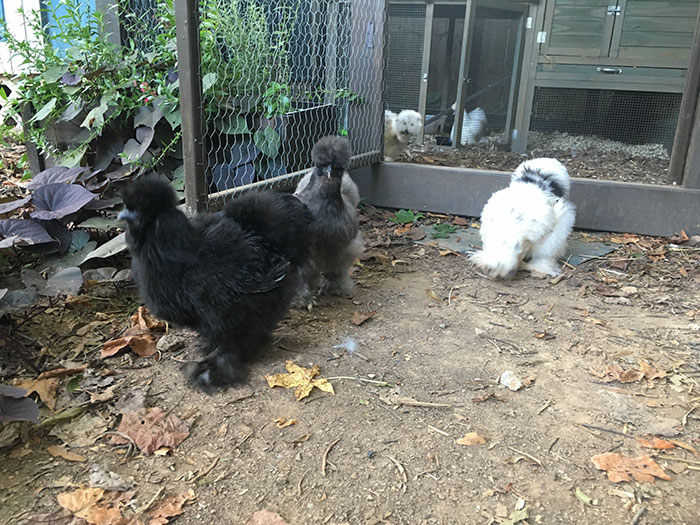 Ashley explained that these are not your run-of-the-mill chickens. They are a breed called Silkies, which are basically the homecoming queens of the chicken world.

(Side note: Ashley got her chickens through a legit show breeder and paid a premium price of $10 per chick. For reference, most chicks are $4.) 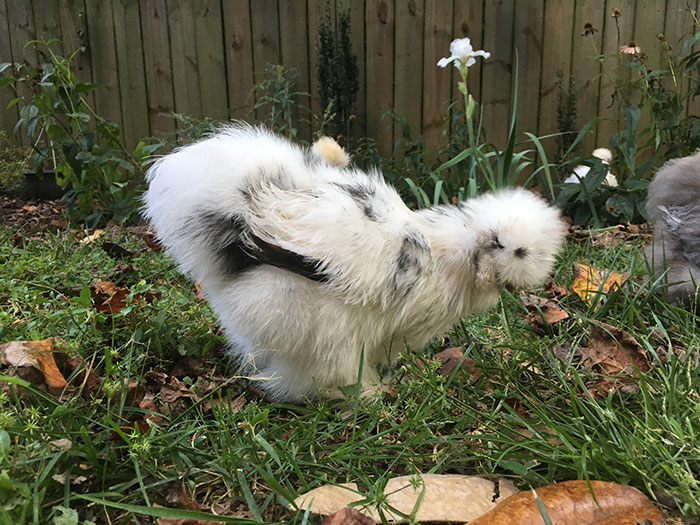 For the next hour I obsessed over the Silkies’ fluffy-ness and bombarded Ashley with 1,000 chicken questions. Here’s our conversation:

Me: First of all, what are their names?

We have Mulder, Scully, Peggy, Mona and Stabler. I had an Olivia but unfortunately Olivia turned out to be an Oliver.

Me: How did you not know that Olivia was a boy chicken?

Haha, you mean a rooster?

Me: Oh, yeah, I meant rooster.

I usually get them as chicks and you can’t tell gender with this breed so it’s about a 50/50 chance. You pretty much have to wait and see if they lay an egg or crow.

Me: Are you not allowed to have roosters?

Nope, they are SUPER noisy. The chickens only make a little noise, usually when they want to get out of the coop.

Me: Do coyotes try to eat your chickens?

I haven’t seen any coyotes around here, but we do have a hawk that circles around. I never have them out alone because this breed is pretty, but not very smart.

Me: Do they smell?

They don’t! I clean their poop every couple of weeks and they keep themselves pretty clean.

Me: Do you have to give them baths?

Chickens take dust baths and just roll around in the dirt so I don’t have to do anything. 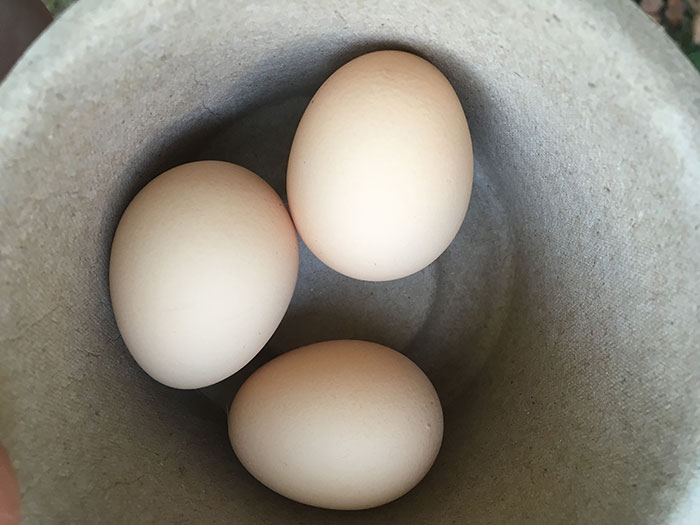 Me: Do you have to wake up early and collect their eggs?

I let them out of the coop at nine and they lay their eggs around lunchtime.

Me: Do they lay eggs every day?

Silkies are not really a laying breed. I’ll usually get about one egg a day total but they are all super slack. Normal chicken breeds lay about one a day. 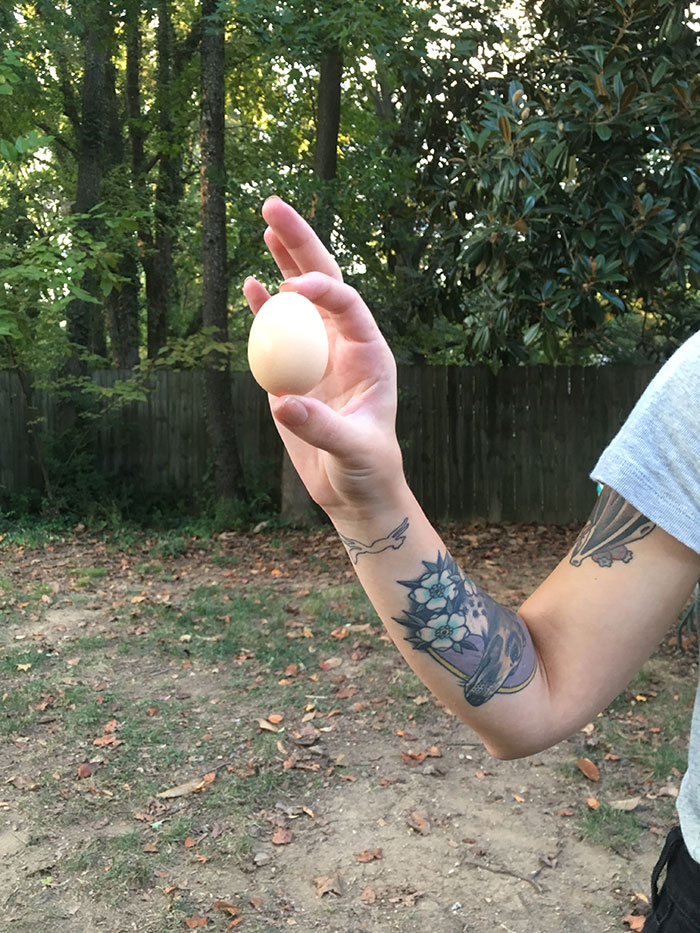 Me: Do you sell the eggs?

Me: Do you make a lot of omelettes?

Me: What do chickens eat?

A cracked corn and oat mixture. 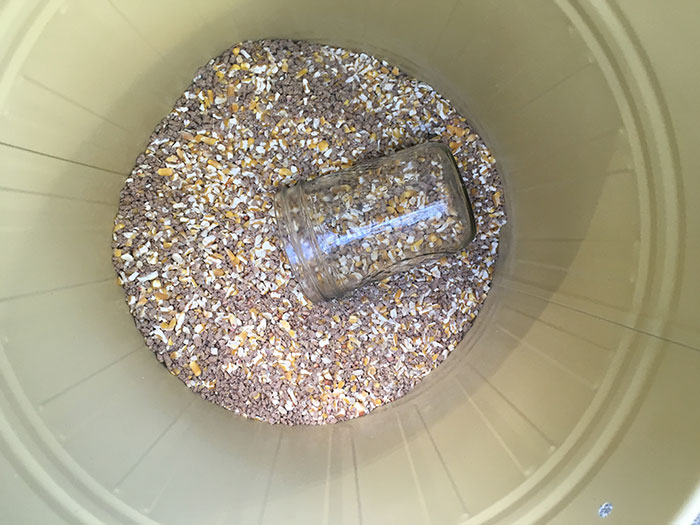 Me: What does it cost to raise chickens?

The coop was probably $700 total. I spend $10 a month on feed and I buy them a lot of treats which gets expensive.

Me: What treats do they get?

Yeah, but they don’t know that.

Me: Do you and other backyard chicken raisers have chicken clubs where you get together and talk about eggs and roosters and stuff?

Me: What advice would you give to someone who wants to raise chickens in Charlotte?

Chickens are way less work than you’d expect, much easier than dogs or cats.

You just throw in a scoop of food and make sure they have enough time to run around. But no matter what, make sure you have a secure coop. I grew up with chickens and we had a few bad instances with snakes.

If you haven’t already figured this out from the photos, Ashley is the cutest, most hip backyard chicken raiser in Charlotte.

I mean, her chickens even have their own Insta.

But just because she has me convinced that raising chickens is super easy, doesn’t mean that I’m going to run out and buy some Silkies. My real hope is that Ashley and I become best friends and then she starts giving me a weekly supply of fresh eggs.

You better believe I’m stocking up on the hollandaise… 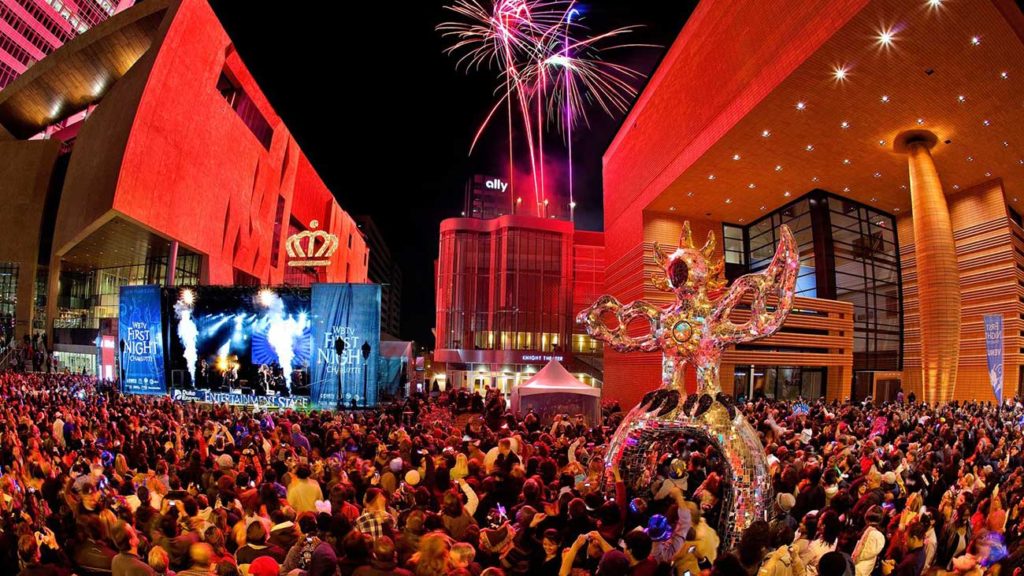 So, you like to party? 4 must-do events for party people still to come in October