The real story behind the second largest bank heist in history, which happened here and served as inspiration for Zach Galifianakis’ new movie

If you haven’t seen the trailer for “Masterminds,” opening on September 30 and starring Zach Galifianakis, Kristen Wiig and Owen Wilson, check it out here:

It’s based on the true story of David Ghantt (Galifianikas), a vault supervisor at the Charlotte Loomis Fargo depository in Uptown Charlotte that was involved in the second largest cash robbery in history, making off with $17.4 million ($25 million today).

You know Loomis because of their armored cash vehicles, and when they acquired Wells Fargo Armored, turned into Loomis, Fargo & Co.

Ghantt, who had been with the bank since 1994, was promoted from driver to vault supervisor in 1997, where he earned $360 a week and befriended Kelly Campbell (Wiig), who got Ghantt mixed up in the plans for the heist after she left Loomis. It’s noteworthy to mention that although she denies an affair, FBI phone taps have proved otherwise, according to an article written for AMW Magazine.

There are two ideas as to how the plan was created. The first is that this was the same year, 1997, that the largest cash robbery in history took place within the same company. In Florida, a Loomis Fargo employee had pulled a gun on his coworkers and gotten away with $18 million, a move that FBI agents theorize Ghantt, Campbell and other employees all sat around talking about – and what they would do with that amount of money – for a while.

The conversations weren’t made up of much more than daydreams that took the vague shape of plans until Campbell mentioned that she had a high school friend with connections that could actually get it done.

The other, suggested by then-Observer reporter Jeff Diamant, says that Campbell created the plan with Steve Chambers, a drug dealer who was facing charges for writing $30,000 worth of bad checks, and later got Ghantt involved.

Either way, into the picture walks Steve Chambers and a group of friends that would set the plan in motion. Ghantt didn’t actually meet Chambers until the night of the heist, though, according to Diamant, who would go on to write a book about it.

The reason Ghantt got involved was always the same: he realized that he couldn’t make his credit card payments, and was thus unable to support his family. According to an Observer article, signs point to Campbell’s involvement stemming from the desire to experience what it was like to be rich.

According to local author David Aaron Moore, the plan went like this: Ghantt would go to work as normal, leave at the same time as the last employee and return to the vault, where he would load carts with bags of money before putting them into a van. From there, he’d meet Campbell, Chambers and Grant, a friend of Chambers, in a parking lot, from where they would head to an industrial warehouse and load all but $50,000 into a rental van. Ghantt would pocket the $50,000 and head to Mexico with Campbell, where he’d stay until it was safe to come back.

It happened on October 4, a Saturday. At 6:40 p.m., he headed to his car along with three other employees before returning to the depository, where he’d propped open the door. Inside without a hiccup, he placed the $17 million cash, in bags that altogether weighed more than 2,700 pounds, onto carts and into a van. Before he left, he went into his manager’s office and removed tapes from two of the security cameras.

The money was successfully handed off, and Ghantt and Campbell made their way to the Columbia airport with $50,000 and an intent to make it to Mexico by the next day, where the two would hide out while Chambers took care of things in Charlotte until it was safe to come back.

There was one problem: he forgot to remove the tape from the third security camera.

But the plan was “half-baked, half-brilliant,” as the FBI referred to it, and it began to fall apart as soon as they reached the airport – and where it begins to make sense that the heist is being made into a comedy.

Ghantt and Campbell couldn’t get to Mexico from Columbia, as there were no international flights being offered out of the hub, which they would have known, had they called ahead.

Campbell made her way back to Charlotte (Ghantt was told by Chambers to head to Atlanta and catch a flight from there), where the money had since been moved into barrels and into another van. Chambers and two accomplices, making their way to Vale in order to put the barrels in his home, left behind the staggering $3.3 million that didn’t fit and the two security tapes in the Loomis Fargo van that Ghantt had driven.

In the meantime, Ghantt’s wife reported him missing and the CMPD had found his truck in the parking lot of Loomis Fargo. Inside were, along with other personal items, his keys and wedding ring.  On October 6, they found the van with everything that Chambers had left behind, including Ghantt’s gun and a clear picture of his face on video, which was identified by supervisors.

The rest of the mistakes, which came fast and often, were so obvious that the want-to-be criminals essentially helped officials solve the case.

First, Chambers and his wife each deposited $5,000 into each of their bank accounts. Hello, federal suspicious activity report. Less than a month later, the family moved from a double-wide to a 7,000-square-foot, $635,000 home in a gated country club community in Gaston County. According to an Observer report, this was seven times larger than their trailer. Other noteworthy purchases included a diamond ring and Rolex for themselves, tanning beds and big-screen TVs for their home and breast implants for Chambers’ wife. Their combined salaries were less than $42,000.

Another accomplice, Eric Payne, took a three week, unpaid vacation, had his wife quit her job as a receptionist and bought a new Harley Davidson, Chevy Tahoe, big-screen TV, computer and new trailer.

Campbell, for her part, bought a Toyota van in two installments.

Officials suspected that the extravagant purchases stemmed from the fact that all involved got far more money than they anticipated and literally didn’t know how to spend – or get rid of – it, which is perhaps backed up by the fact that Chambers’ wife once walked into a Belmont Wachovia with $200,000 in a briefcase wanting to know how much she could deposit without the bank reporting it to officials.

See pictures of the purchases made here.

Neighbors and friends noticed the suspicious activity and reported the members to the FBI.

Ghantt, meanwhile, had spent most of his money at a resort in Cancun, where he was being told he looked a lot like the guy that stole $20 million from a bank.

Because of the sheer number of people that had become involved, the FBI had trouble closing the case. But six months later, in 1998, they did it, thanks to a phone call from Ghantt to Chambers.

Ghantt called Chambers asking for more money, and was promptly arrested near Comuzel, which was a good thing for Ghantt, who had been targeted by a hitman hired by Chambers. The next day, the Chambers, Campbell and other members of the ring were arrested. Eight people were indicted for bank larceny and money laundering, which nine friends and relatives were also charged for, as they’d co-signed safe deposit boxes to store some of the cash. Four more people were also charged with laundering, bringing the grand total to more than twenty.

More than 95% of the cash that stolen was accounted for.

So what happened to all of the items that were bought during the spending spree?

The U.S. Marshals Service auctioned off the purchased items in Charlotte, most of which came from the Chambers and Cramers. Items included a velvet Elvis painting, 1998 BMW, 17-foot motorboat and Harley Davidson. 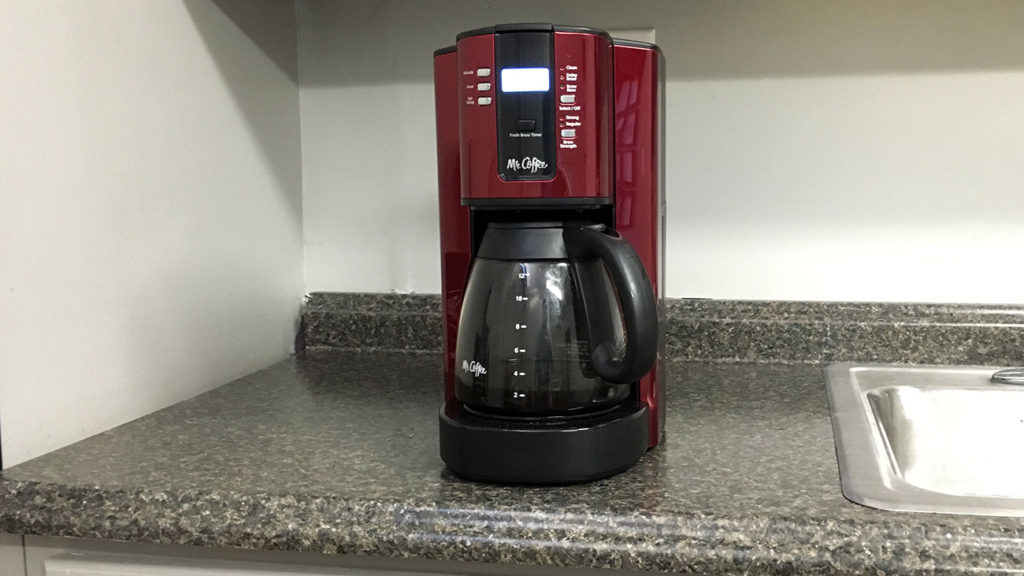 Dilworth Coffee is coming to the Fifth Third Center