Who was that courageous civilian leader with a tie that you saw on CNN Wednesday night? My coworker 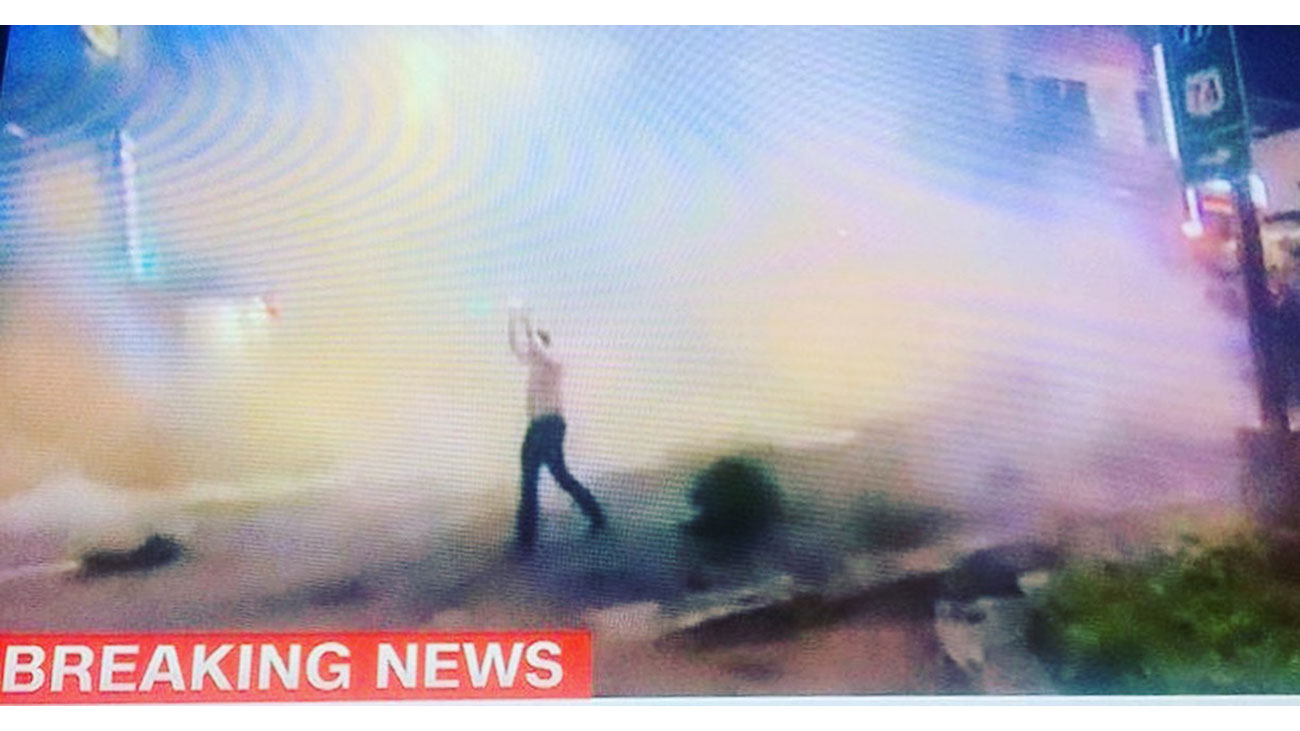 (Note: Chrissie Beth is a public defender. She is graduate of the University of Wisconsin Law School and has been an Assistant Public Defender in Mecklenburg County for four years.)

What started as a peaceful protests on Wednesday night quickly escalated as CMPD officers in riot gear marched down Trade Street.

I watched, mesmerized, as it all unfolded.

Texts of photos and videos from friends who were Uptown flooded my phone, and I stayed glued to Twitter most of the night. We turned on CNN, and watched as a familiar intersection was cloaked in tear gas.

Amidst the crowd, the armored police, the chaos, a familiar figure emerged. 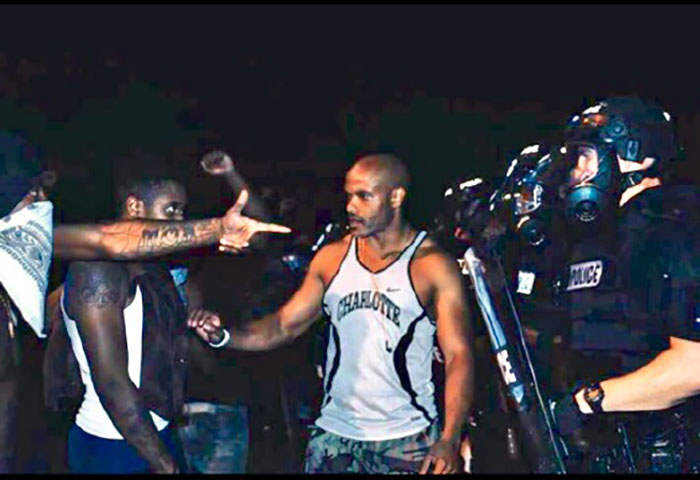 There, Toussaint stood, among the throngs of people, riot gear, flash bombs and tear gas, in his dress shirt and tie, trying to keep the peace.

The live shots showed him standing between police and protesters like a barrier: gesturing, mediating, reasoning, protecting.

I felt like I was watching a football game or sporting event; Anderson Cooper took over the role of a color commentator as Toussaint stood in the thick of it, trying to help people, calm them down and protect them.

Toussaint is a husband, a father, a coworker, a friend.

He cares for his clients and the Charlotte community.

And on Wednesday night, Toussaint was a hero. He stood there, in a shower of tear gas, literally defending the public. 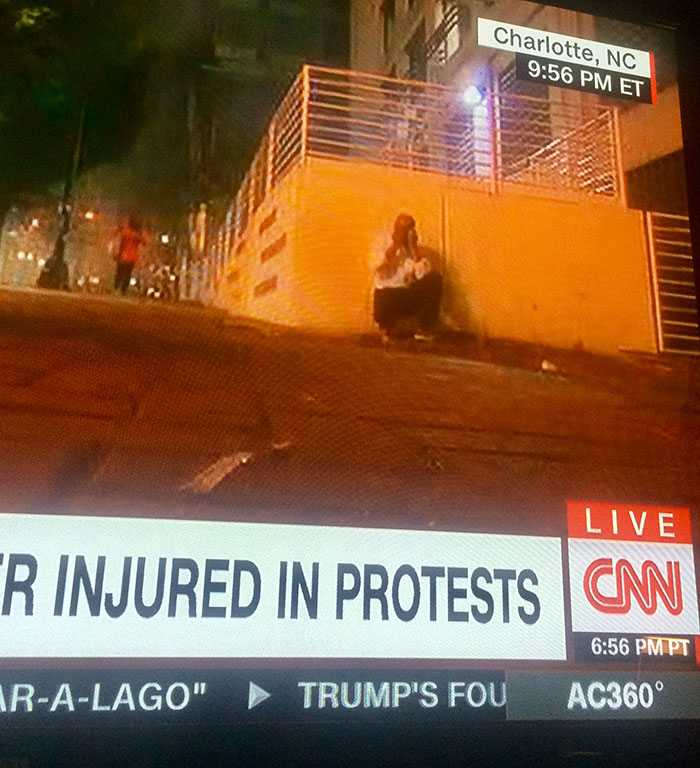 Watching Toussaint on national news Wednesday night made me think about the oath we all take when we are sworn in as Assistant Public Defenders in North Carolina.

While administered in a courtroom revolving around our work as lawyers, its significance and importance extends beyond the four walls of the Mecklenburg County Courthouse.

Toussaint exemplified this oath and what it means to be a public defender on Wednesday night. 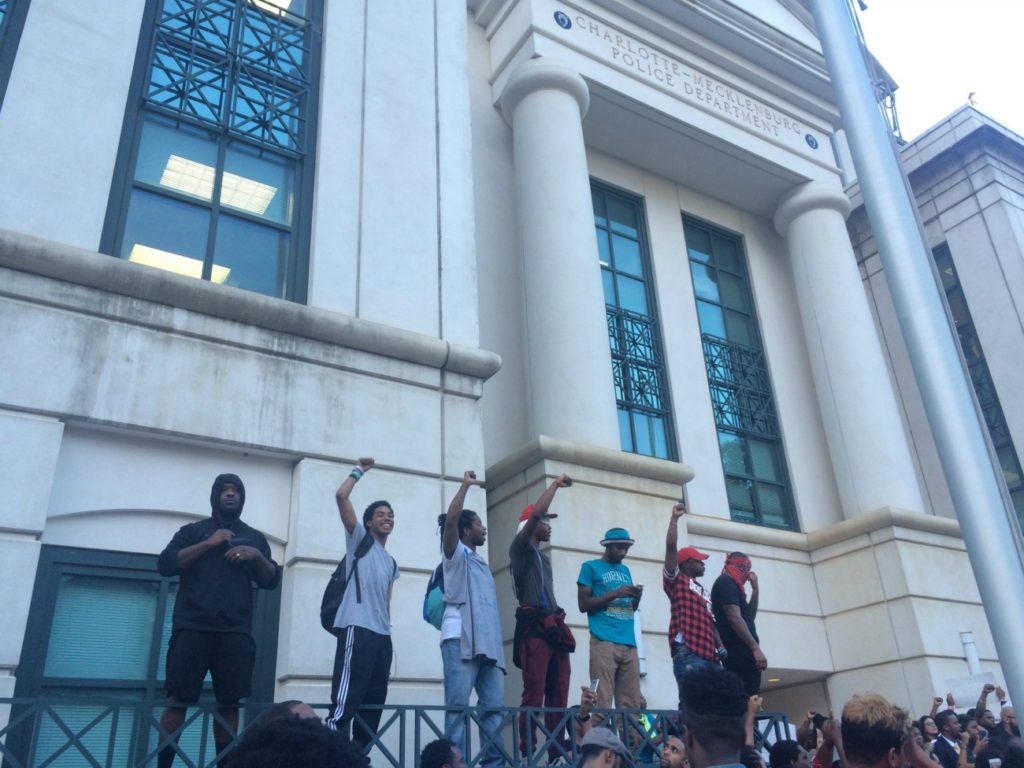 More than peaceful vs. violent. Exactly how Charlotteans are protesting varies throughout the crowds