FreeMoreWest: 9 reasons to check it out now

In FreeMoreWest where West Morehead and Freedom intersect, just beyond the Panthers Stadium and under the 1-77 bridge, a really cool pocket of food, drink and retail is sprouting up. There is a high concentration of creative companies and start-ups in and around the area. I happened to work there for the past 2+ years and we’ve watched new restaurants and shops slowly come into the neighborhood turning it into an area that is on the cusp of serious growth. Here are 9 reasons to check it out now.

Rob Rondelez, former Manager and Wine + Beer Buyer at Common Market South End, opened this new deli and market last fall. The food is good, the beer and wine selection is creative and plentiful, the patio is on point and Fridays are vinyl night.

Pinky’s Westside The Penguin OG’s opened this grill, which was recently featured on Diners, Drive-Ins and Dives. The place is legit and not just good for slinging burgers. They can make a mean veggie wiener too. The Jive Turkey Ding Dong Style and the Ginger Tuna Salad are also bomb delish.

Since the weather forgot it’s winter, we’re just going to go along with it. Come sit on the patio, live like it’s spring and forget your winter blues! It’s Fiesta Wednesday! And it’s delightful outside! #pinkysclt #pwgclt #patioweather #onlyinNC A photo posted by @pinkyswestsidegrill on Jan 21, 2015 at 7:36am PST

This is a serious cyclist’s bike shop that also carries the freshest looking cruisers in town. Rentals are available too – so you can work off all that greasy goodness from Pinky’s.

The Burger Co.  This seems to be a popular lunch joint for Panthers players during spring and summer training. My co-workers and I have been known to fight over who gets to face Luke Kuechly. Go for lunch, get the fried pickles and a burger “Your Way.”

Savor Owned by two Johnson and Wales grads, this southern-inspired, simply delicious restaurant is one of Charlotte’s most underrated. It was one of the first spots to anchor the FreeMoreWest food scene. With a nice skyline view, exposed brick walls and soft lighting, this spot won’t disappoint for lunch or dinner.

A Charlotte Institution with a rich history. This parking lot is packed every single day at lunch. Try it out and see if you can tell me why. I’ll be over here shaking my head in disbelief.

On of the best LOCAL restaurants in town The Open Kitchen off of West Morehead street. http://t.co/M9GJePETBa pic.twitter.com/68cqCUFB8X

Yoga For Life  This studio won Best Yoga for Beginners, Editor’s Pick from Charlotte Magazine BOB Awards in 2014. Try it for yoga, meditation, and even belly-dancing apparently.

Picante Mexican Grill  “It’s a lot like Chipotle, but a hell of a lot better,” claim my former co-workers who never missed their $5 Burrito Bowl.

Thought this was just a JV Chipotle, but was proven wrong. Delicious.

Enjoy and don’t miss one of the best skyline views of the city as you cruise through the corridor. 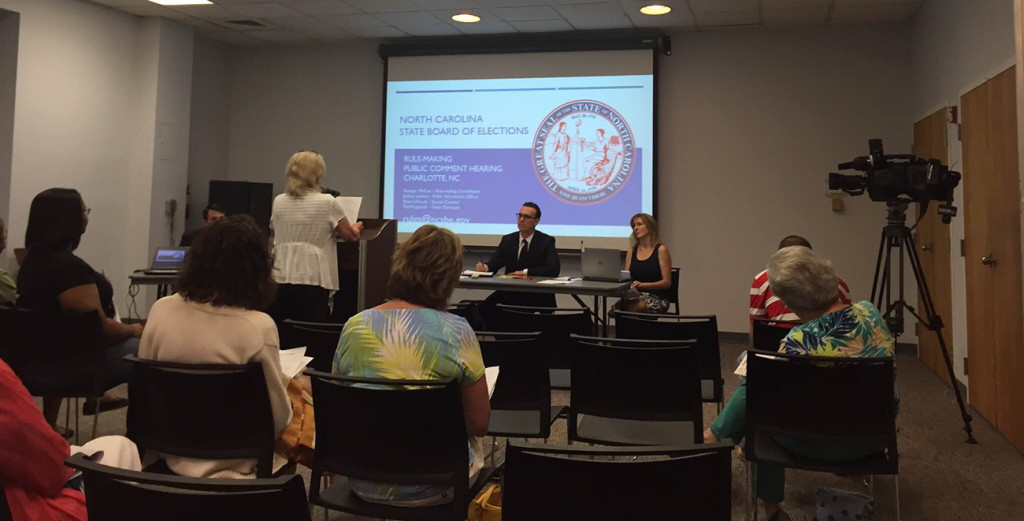