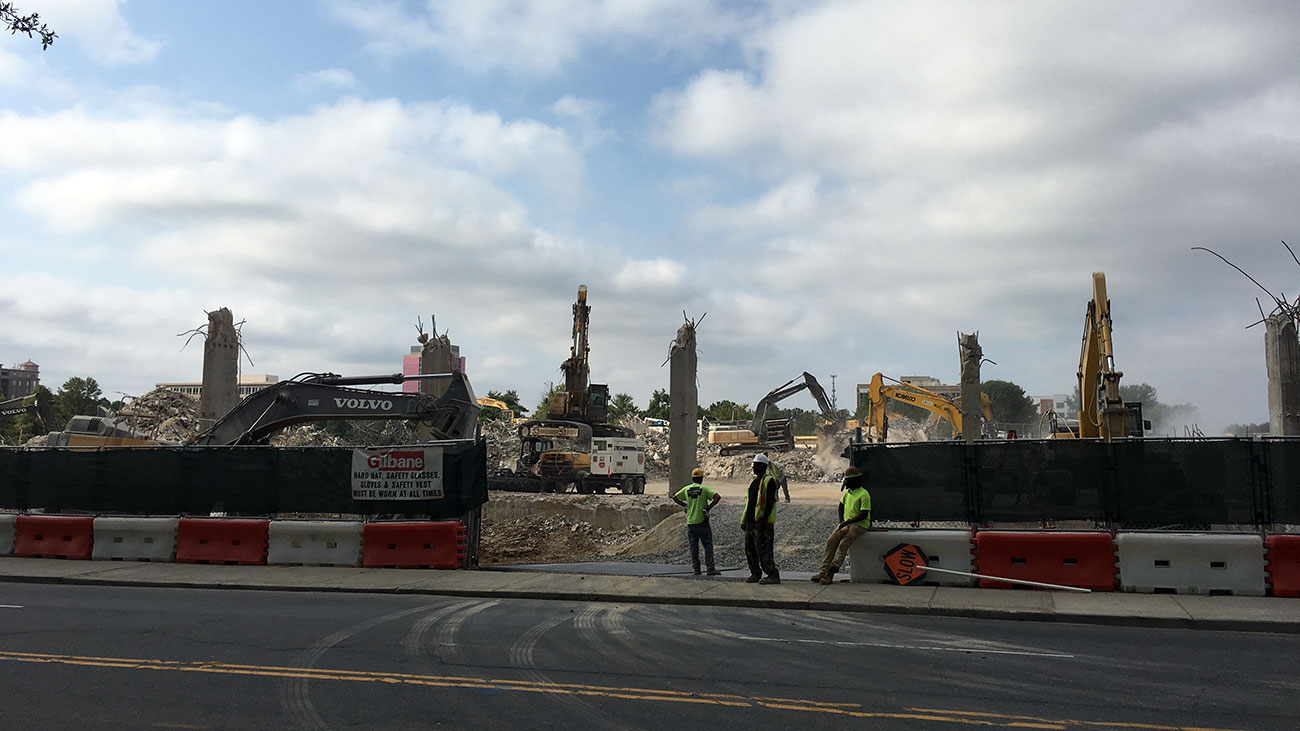 As Lincoln Harris continues to be a steel trap when it comes to information on their Observer site development, a few key pieces of information have begun to get out.

They are moving at a breakneck pace demoing and clearing both sites to make way for what will surely be the most transformative project in the city.

This will likely be a multi-phased development with uses such as office, hotel and retail.

As a quick refresher, the entire development will be the two sites bordered by Stonewall, 277, Mint and Tryon streets.

This “first phase” seems to be on the site where the old Observer building once stood. 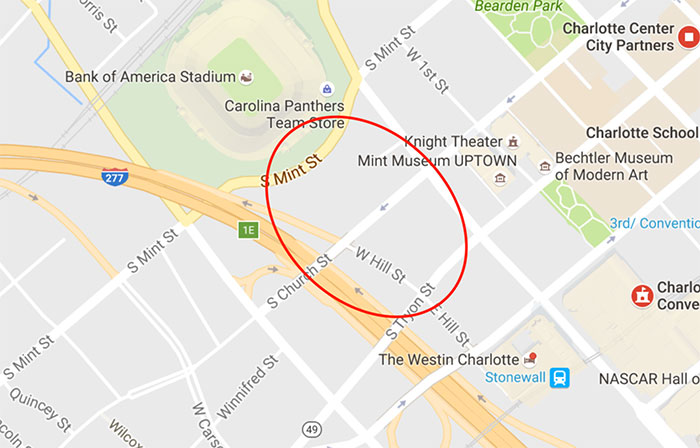 According to filings with the city, the first phase will be an office tower. Here is what we know so far: 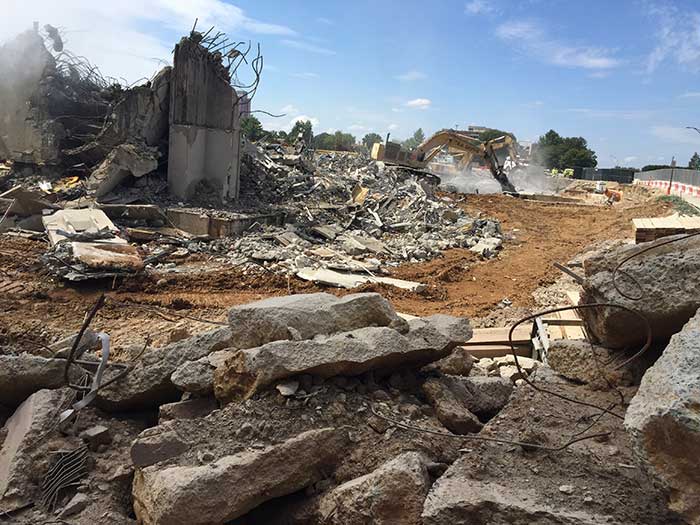 There’s also a bit of speculation about what the project will entail. Here’s what we’ve heard:

It is interesting to note that, according to the plans, there will be more than a half dozen loading docks on this project.

While that may not sound like anything big, it is in fact vital information because most buildings of this size would only have one or two.

With this many loading docks, it tells me is there will be a variety of uses, and likely a lot of retail. 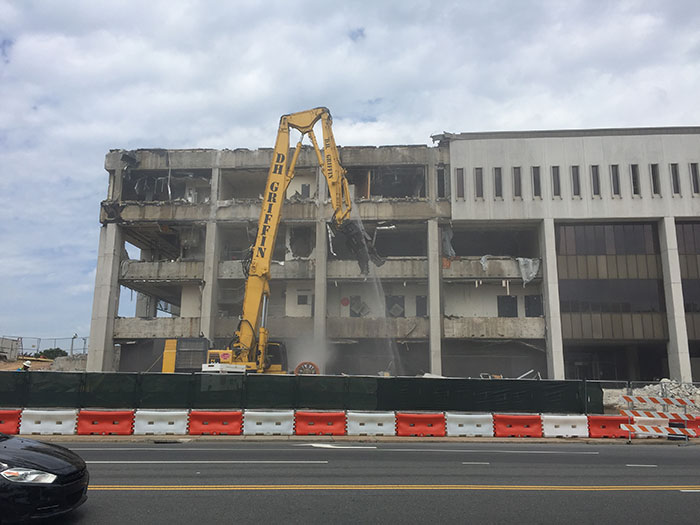 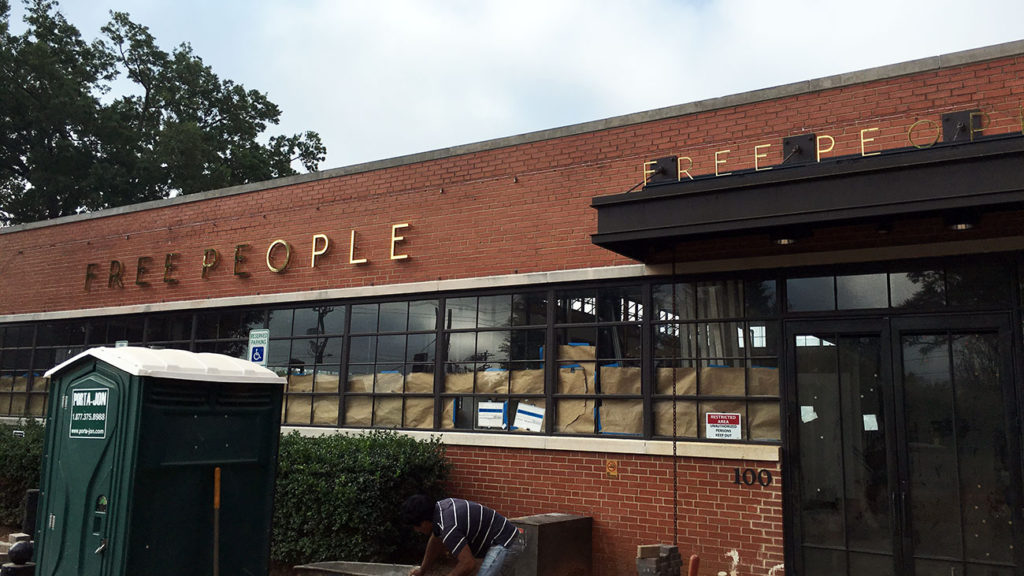