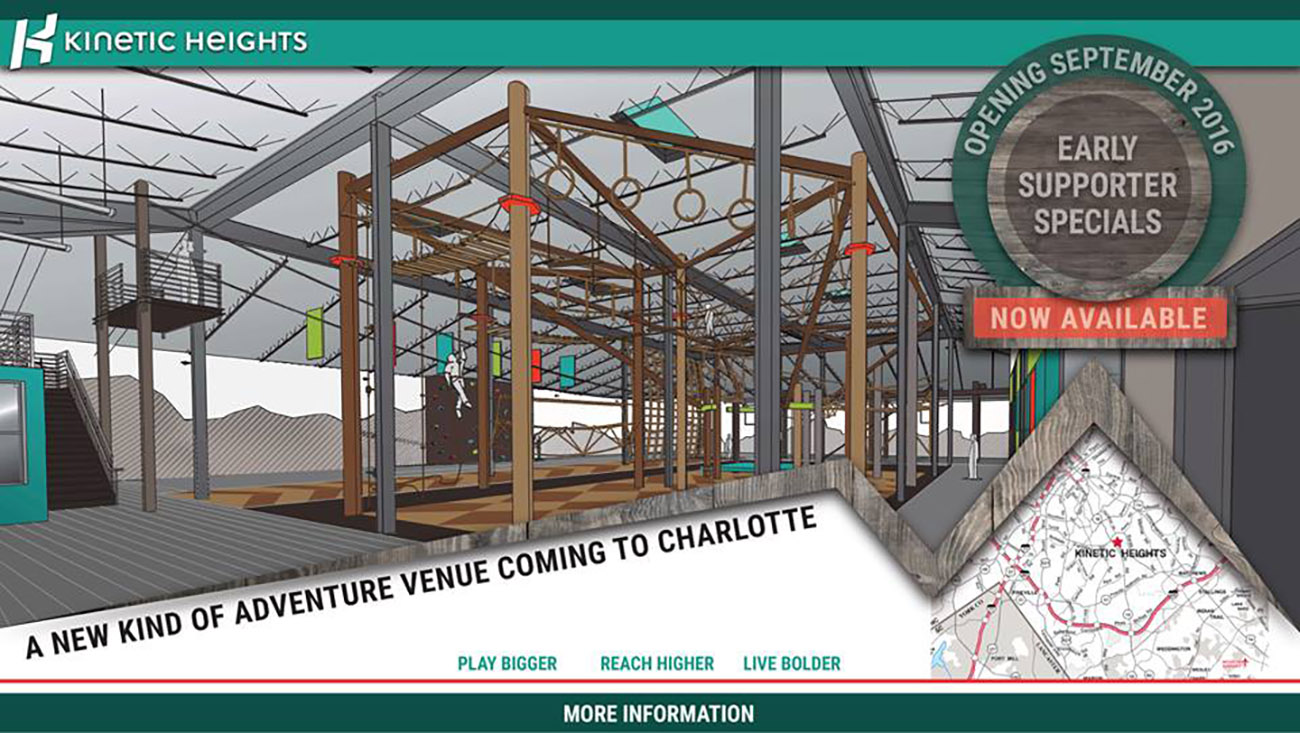 The space that will house Kinetic Heights, with its 25-foot ceilings and skylights, is in the same strip mall as Charlotte Squash Club and Gleiberman’s Kosher Mart & Restaurant. 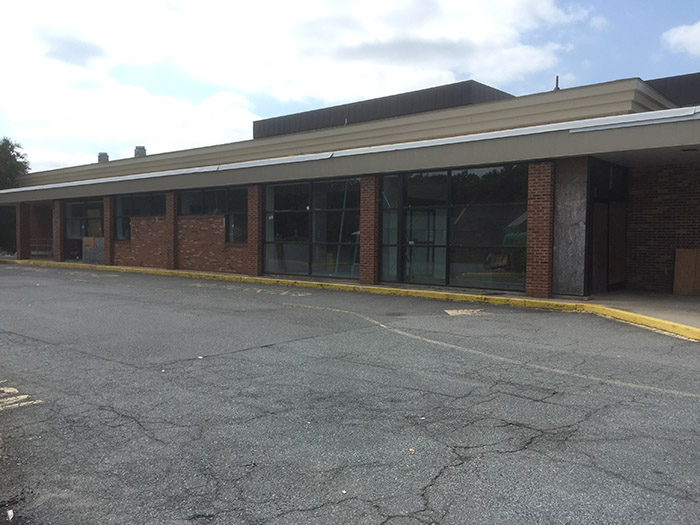 The idea behind Kinetic Heights looks a lot like the rope courses you used to participate in on field trips that were actually team and trust building exercises in disguise.

Having intense flashbacks yet?

“Kinetic Heights was built on the value of sharing powerful experiences with others,” he stated. “Our team believes that challenge unlocks potential and that teamwork forges connections.”

The space’s ropes courses, both high and low, are enhanced by things like a warrior obstacle course, bouldering wall, zip lines and climbing elements.

And get ready to channel your inner Michael Scott and Andy Bernard (or not) when you participate in their parkour training program.

Instructors guide participants through the elements and focus more on experiential learning in K-Challenge while K-Fit and K-Flow step it up a notch.

In K-Fit and K-Flow, instructors track each individual’s performance and are able to give instant feedback thanks to technology from Polar Flow Training Software. 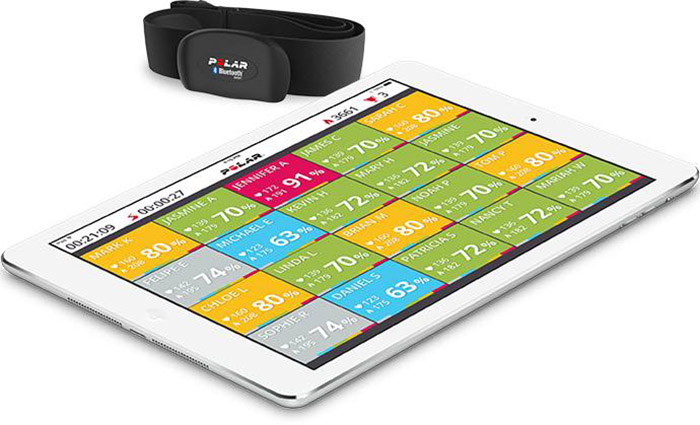 Prices to participate in activities and monthly memberships haven’t been released yet, but Kickstarter-like prizes are being awarded for early backers of the space.

Look for it to open to the public next month.

Here’s how it’s looking so far. 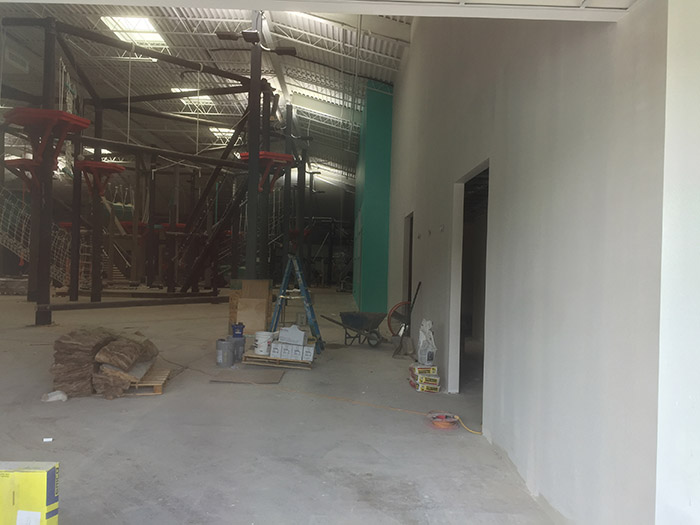 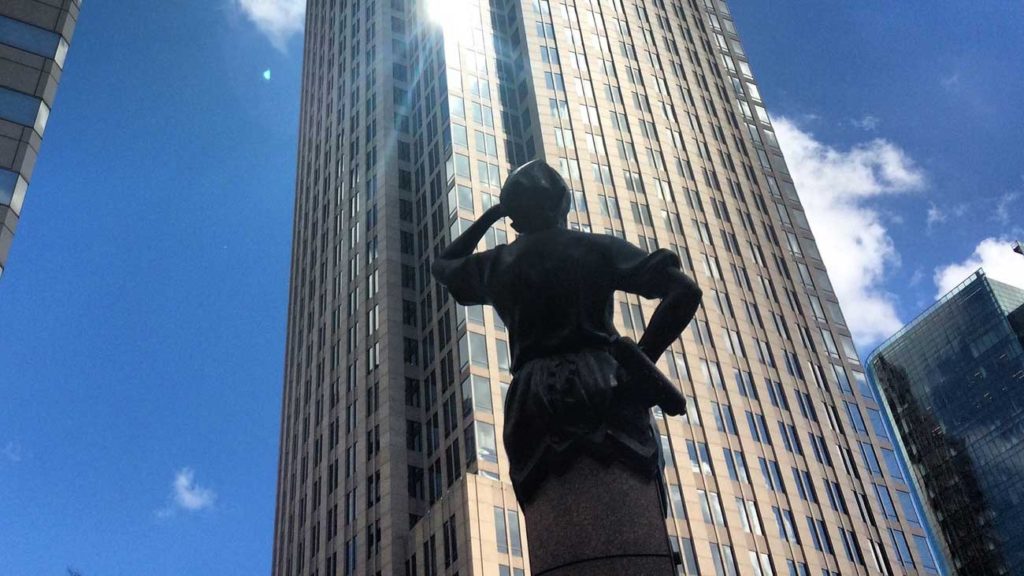