The time David Copperfield blew up a Charlotte landmark 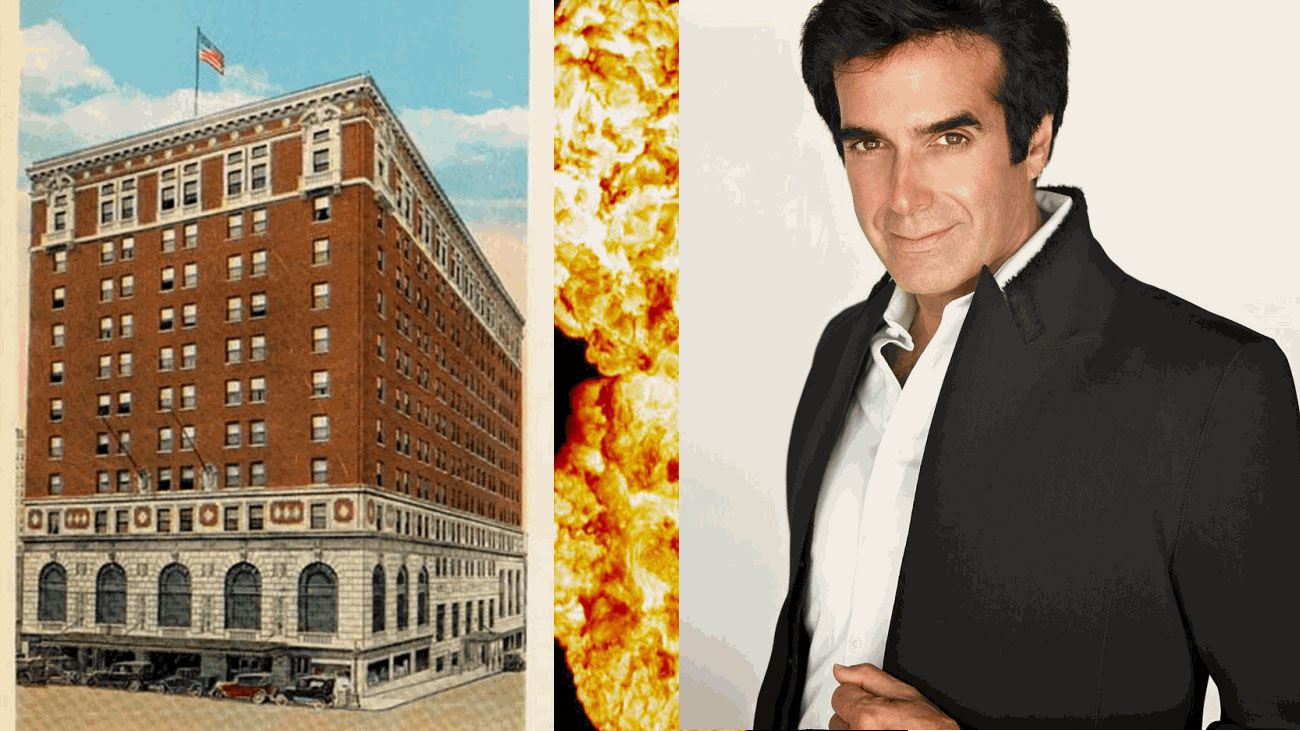 It’s no secret that Uptown Charlotte lacks a multitude of historic buildings. For one reason or another, many of the buildings from Charlotte’s past have been torn down in favor of something shiny and new.

But I’m not here to argue the merits of preserving old buildings, I’m here to tell you the story of how what would have been one of present-day Charlotte’s most iconic buildings was BLOWN UP ON NATIONAL TELEVISION AS PART OF A DANG DAVID COPPERFIELD MAGIC TRICK*.

Let’s follow the steps to a great magic trick to see how this all went down: 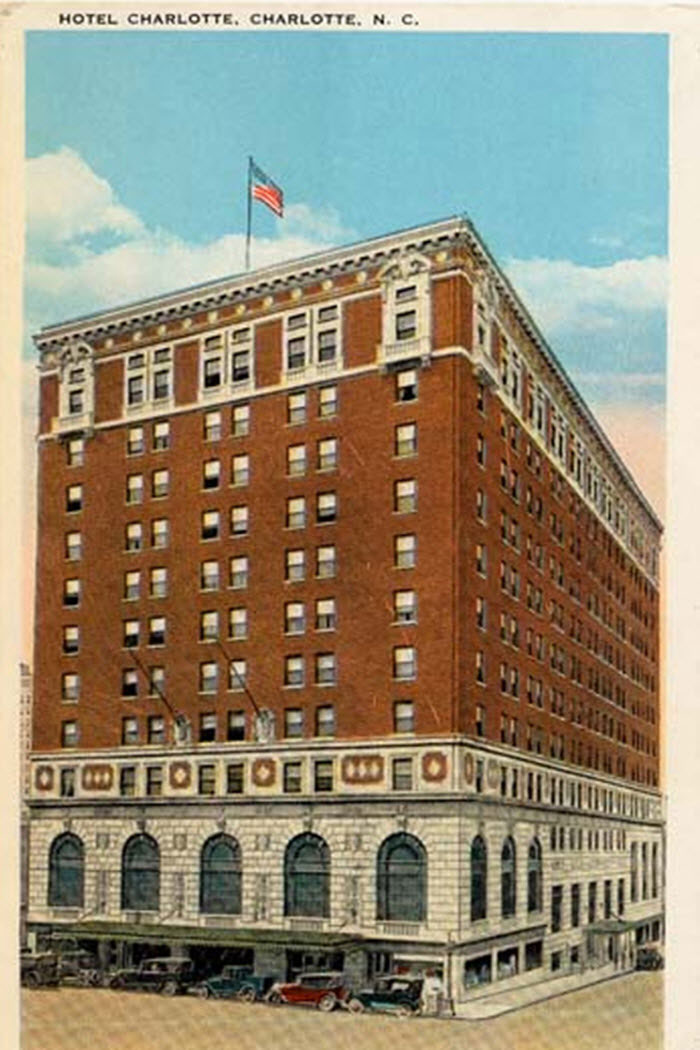 Photo via the Charlotte Mecklenburg Library

The pledge: A look at the beautiful Hotel Charlotte

The Hotel Charlotte was located in the heart of Uptown, at 231 W. Trade St., the current location of the Carillon building. It was designed by William Lee Stoddart, a well regarded architect of the time who also built many famous hotels in the South.

The 250-room hotel opened on March 10, 1924 to much fanfare after a contentious building and fundraising campaign that saw one of Charlotte’s most prestigious leaders, Edward Dilworth Latta, leave town after a falling out with his peers related to the site of the hotel. 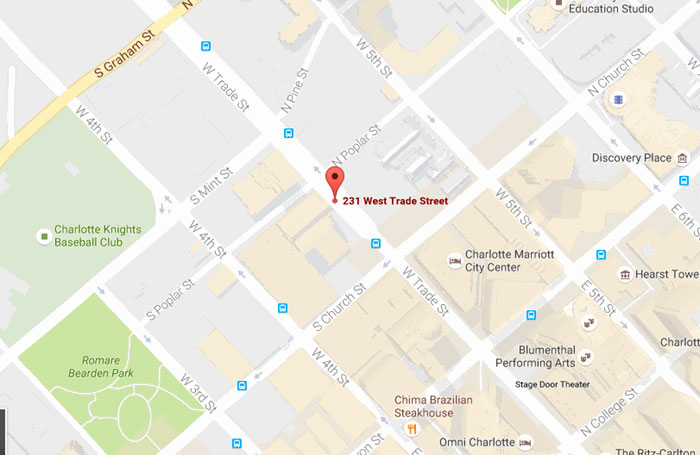 For many years the hotel was a fixture of downtown Charlotte, becoming the largest hotel in North and South Carolina in the late 1930s after adding 150 rooms to bring its room count up to 400.

The turn: Hotel Charlotte deteriorates and its demise is planned

Throughout the 1960s as Charlotte focused on developing its suburbs, the hotel deteriorated and on December 31, 1973, the Hotel Charlotte, then called the White House Inn, closed its doors.

The structure sat unused for over a decade until the decision was made in 1988 to demolish the building to make way for the new Carillon development. The DH Griffin Wrecking Company of Greensboro was slated to perform the demolition when a producer from the CBS television network called to discuss potentially using the demolition as part of a prime time special for magician David Copperfield. 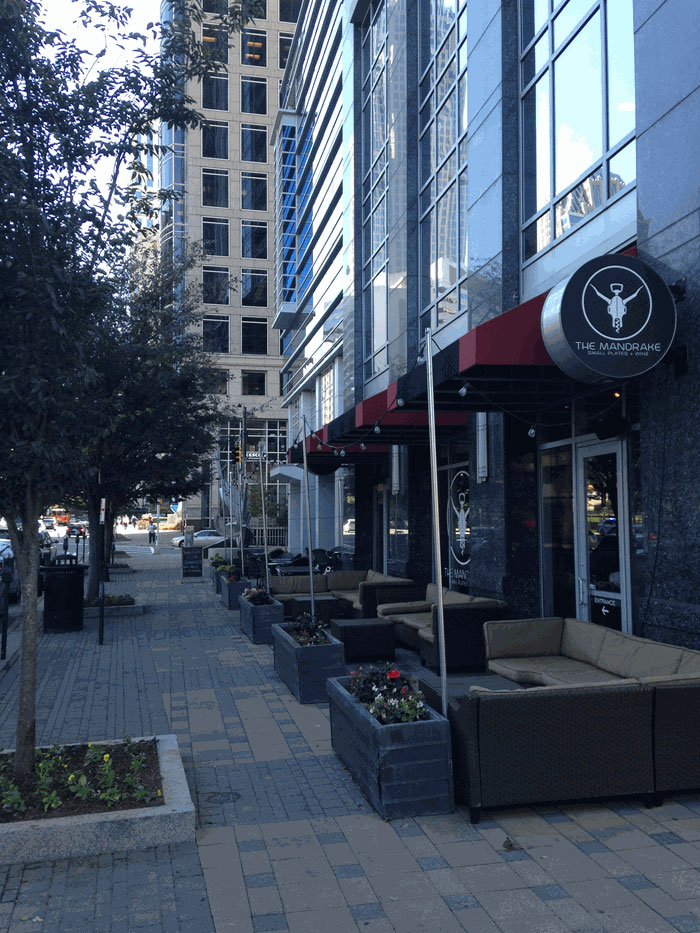 The premise was this: Copperfield would be locked inside a safe inside the building and have two minutes and 30 seconds to exit the building before the explosives were detonated and the hotel imploded.

Despite some initial misgivings by the demolition company, a deal was ultimately struck and it was determined the Hotel Charlotte would meet its end on national television with a magician sporting a feathered mullet trapped inside.

The prestige: Mullets, a tracking shot, and a big orange ‘X’

Here’s how the trick appeared on television on March 3, 1989, as part of the special titled “The Magic of David Copperfield XI: The Explosive Encounter”:

I’m not sure what’s more magical, the fact that David Copperfield escaped unscathed or the pants he’s wearing. Also, I love the idea of telling the cops to wait so you can turn on a CD. Just like in real life!

So what exactly happened? How did they pull this off? Fortunately for us, the UNC Library has a writeup of this event in its archives, and the comment section of that post happens to have the reveal embedded therein. 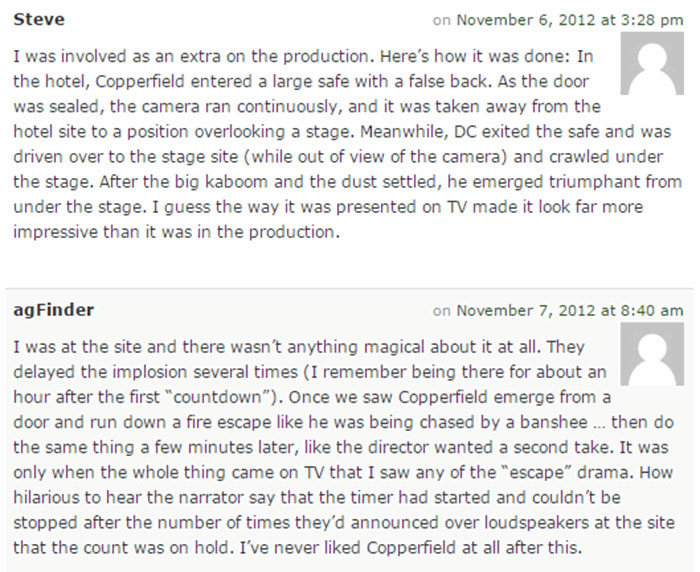 According to commenters Steve and agFinder, the safe had a false back through which Copperfield escaped and drove to the destination site where he appeared after the implosion. Thanks to some tricky camerawork this all gave the impression of the demolition crew abandoning the safe inside (with ol’ Dave stuffed inside) until Copperfield appears intact at the reveal location outside.

Apparently they even needed multiple takes of recording the countdown to get it to look how they wanted. It’s all very magical indeed.

I guess David Copperfield really is a wizard endowed with magical powers. Amazing!

Despite all the drama surrounding its demise, Hotel Charlotte was a Charlotte icon for many decades and deserves to have its memory preserved. It’s on the National Register of Historic Places and helped enable Charlotte to develop its reputation as a vibrant hub for business on the national stage. It’s true what they say, the real magic is exploring our city’s history**.

Images of Hotel Charlotte and David Copperfield via Wikipedia

*it’s an “illusion,” Michael
**no one says this 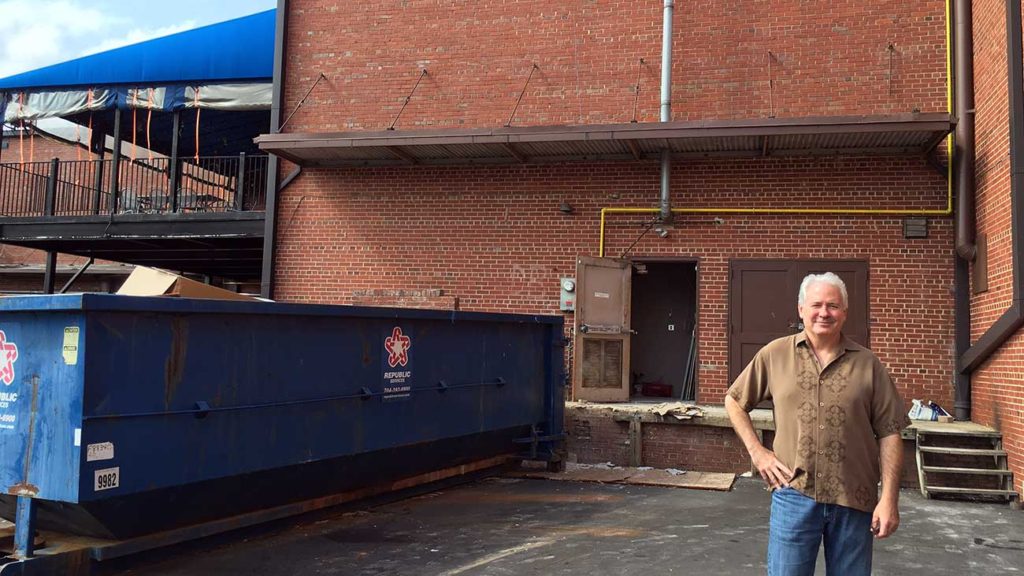