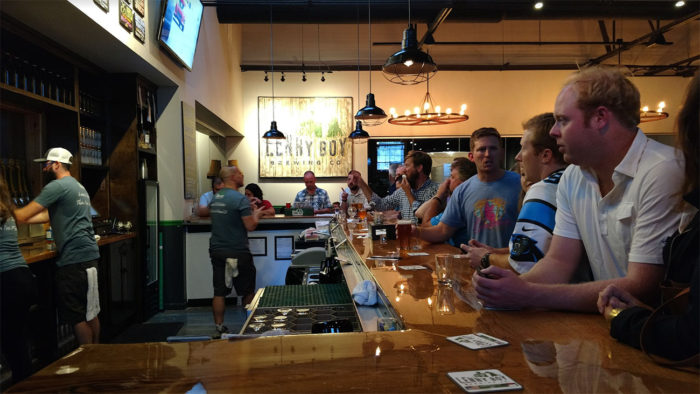 Fans of the original Lenny Boy Brewing Co. taproom will notice something right away about the new space, set to open Saturday morning: It’s a great deal bigger than what they’re used to, yet it still feels familiar. 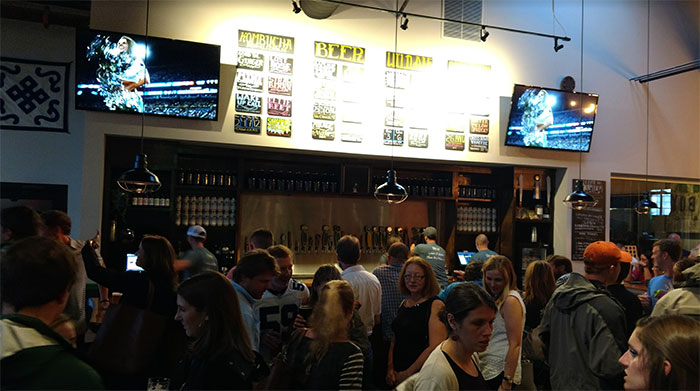 Bigger is an understatement: The new facility has room for six of the old spaces inside it, with a little room left over.

Townes Mozer, Lenny Boy’s founder, is understandably proud of his operation’s growth but wants to remind supporters, “We haven’t forgotten about where we’ve come from, and the small roots that we initially started.” 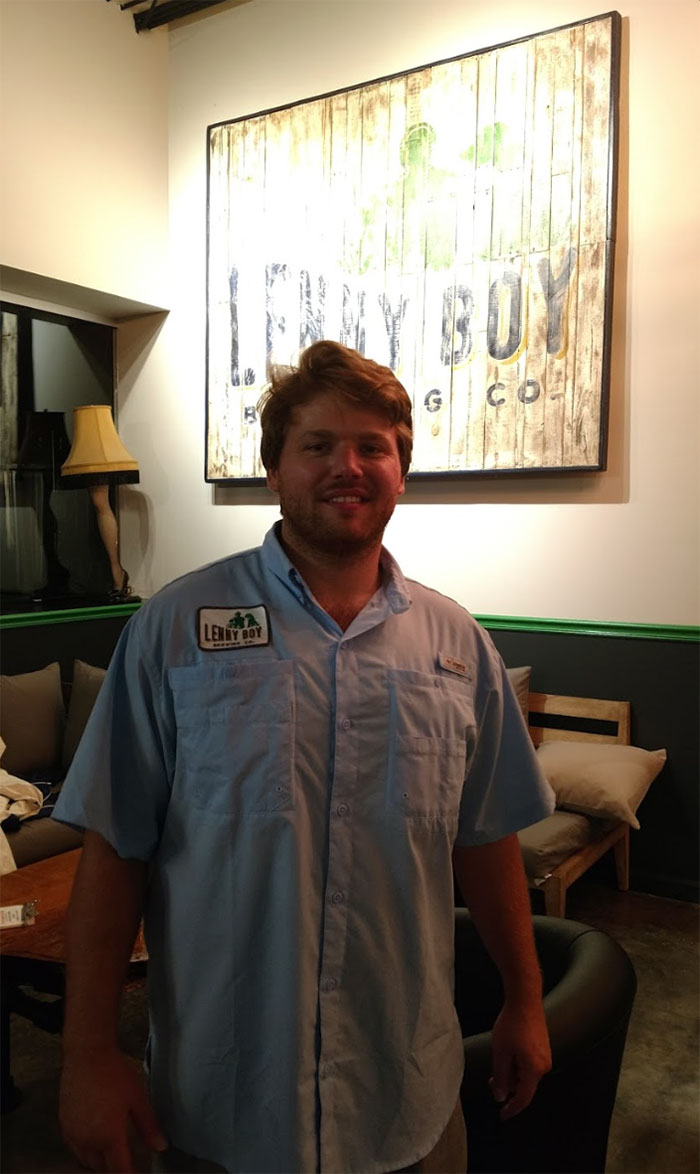 They haven’t moved far, less than a mile south of their former home, tucked into a row of plain-faced warehouses. The new taproom is three times the size visitors are used to, boasting modern accoutrements like 64” TVs and crowler capabilities, but it still has a rustic, homey vibe. 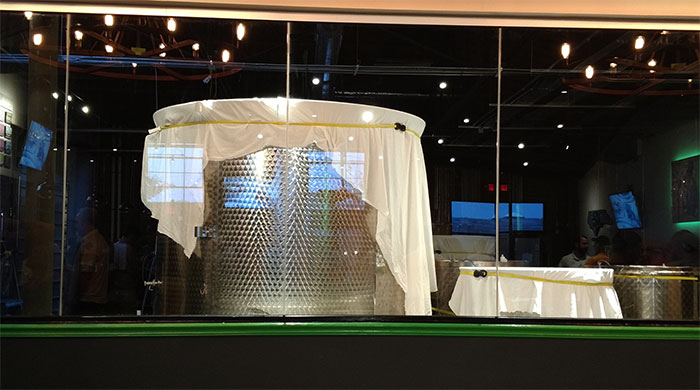 The “wild” side of things is similarly upgraded; space for kombucha production is significantly increased, and is climate-controlled. A newly-arrived 20-barrel wooden foeder (say “foo-der”) will allow for increased sour & wild ale production.

Eventually, Lenny Boy foresees packaging their Wild Ales in 12oz bottles, as they already do with Kombuchas. Similarly, they’ll be dipping into the world of canning, so expect to see beers like Burn Down Brown, Citraphelia, and Life in the South to start hitting shelves later this year. 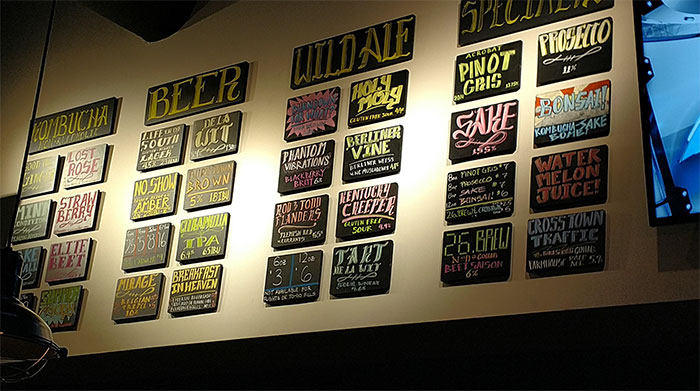 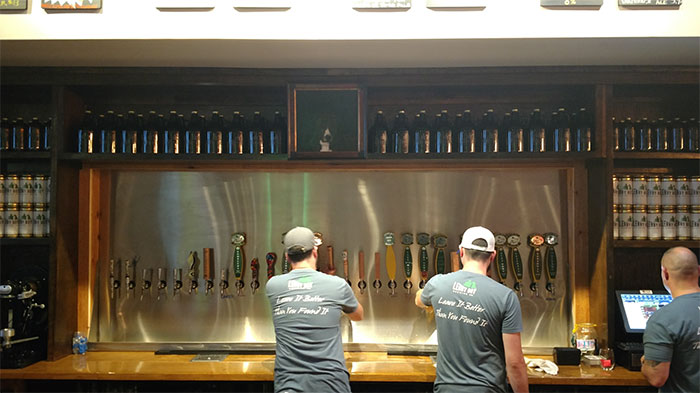 For those sentimental types, expect the original Lenny Boy bar to be reassembled in an eventual private event space. “It’ll be like going to your high school reunion,” Mozer jokes.

Many supporters see Lenny Boy more as a way of life than simply a brewery, but these new changes shouldn’t ruffle feathers. Townes Mozer and company have put much effort into ensuring the familiar. “We still want people to feel at home at the new spot.” 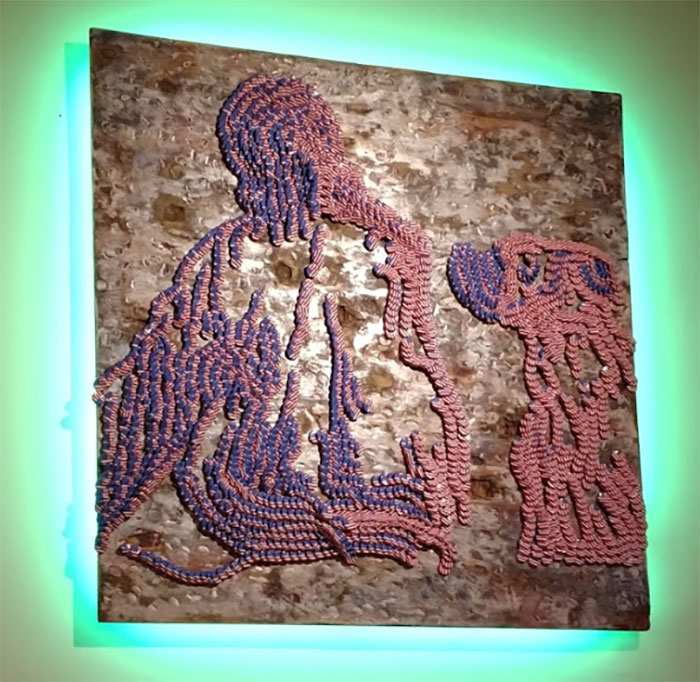 When I first stepped into Lenny Boy Brewing Co.’s original taproom, two words that popped into my head were “comfortable” and “quaint.” Fast-forward two years and contrast that with my first impression of their new space: These guys are about take off. 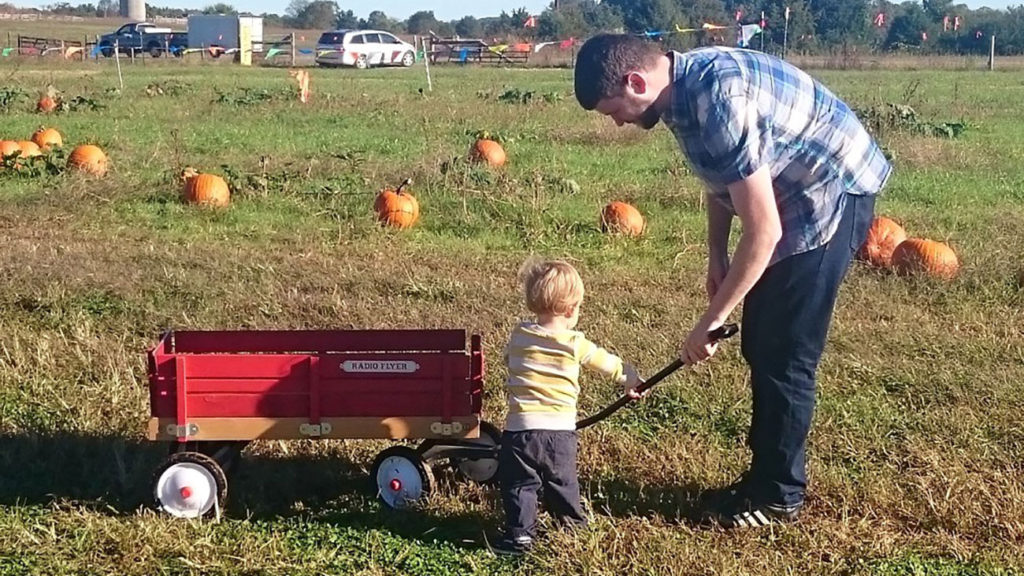 by Sarah Grano
Most Read
1
Kid Cashew on East Boulevard sets its opening for mid-January
2
Hello Friday. Charlotte Recycling Plant.
3
Starbucks on East Blvd will start to serve wine after renovations
4
Bleu Barn Bistro takes food from farm to food truck
5
May I smell your beer? 26 days without drinking
Most Recent Open Jobs