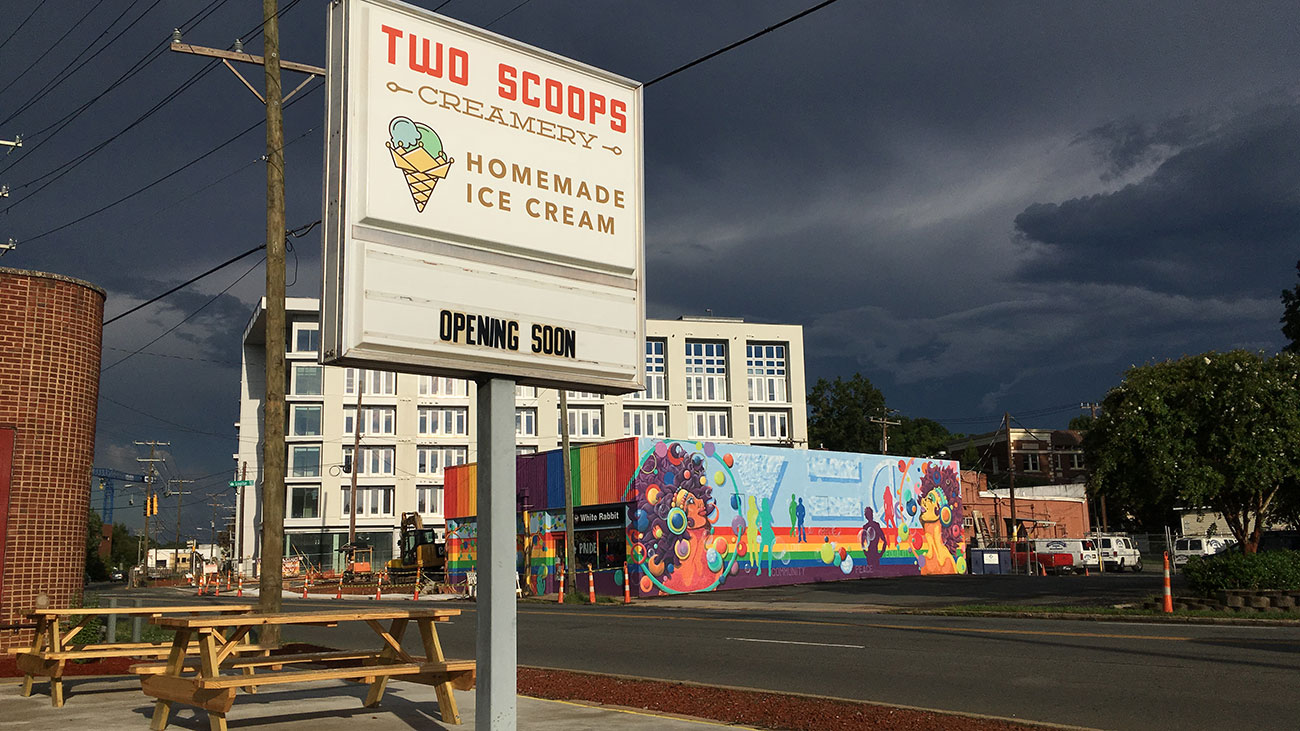 I once wrote an article about the devastating lack of real ice cream in Charlotte. Since then, Golden Cow Creamery has planned to open two blocks from my office.

Now, Two Scoops Creamery is opening a few blocks from my house. My real ice cream prayers have been answered and I can’t help but think that I am the sole person to thank for these recent frozen dairy developments.

Two Scoops Creamery is aiming to have their official opening tomorrow (they’re still waiting on their ice cream machine to get up and running). But until then, here are five things I learned at a soft opening for hard ice cream:

1. Two Scoops Creamery is owned by three friends who met in Myrtle Beach. 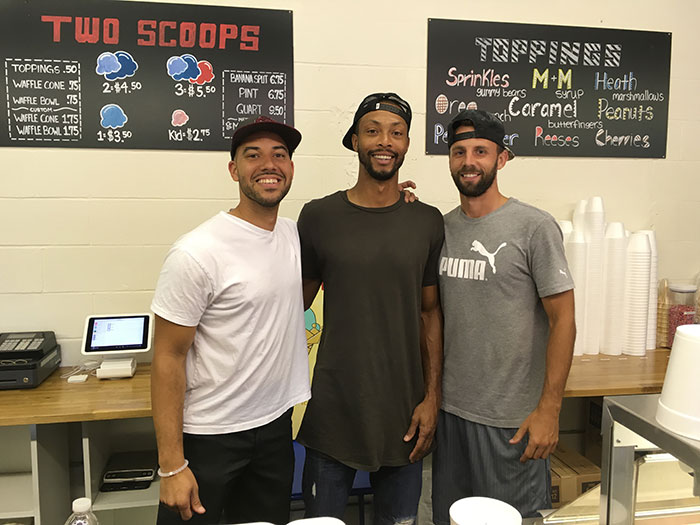 Rich Moyer, Blake Hatchett and Marques Johnson are all BFF’s. (And all very cute.)

2. Their ice cream is made with a secret family recipe. 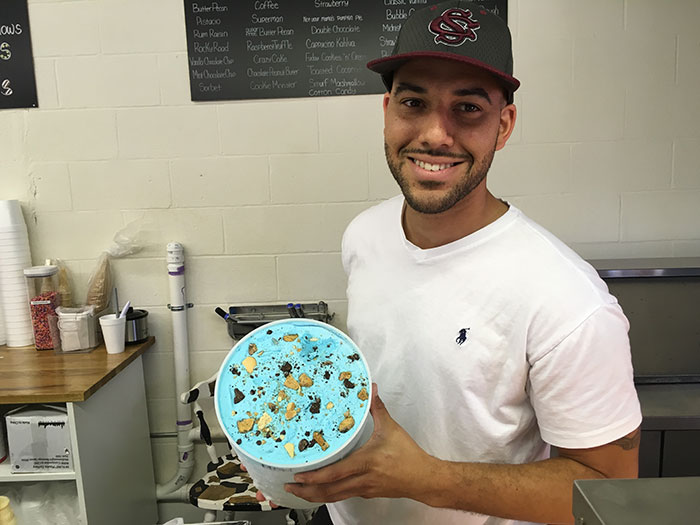 Marques wouldn’t tell me what was in it except that it involves milk.

3. They will have toppings. 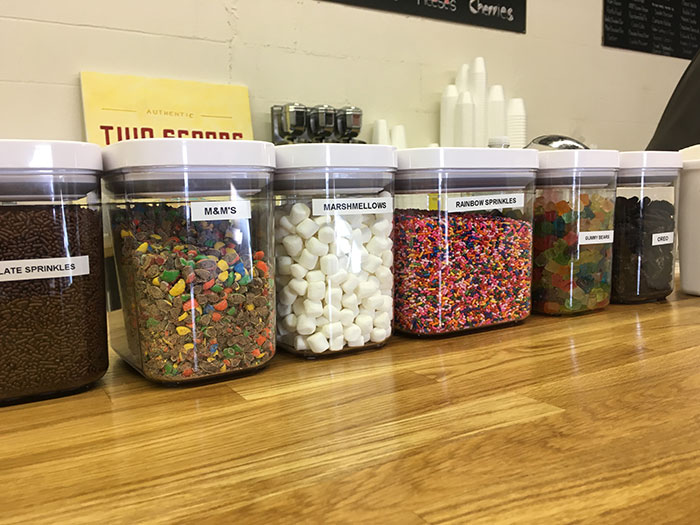 But, trust me, their ice cream is so flavorful that if you go with anything other than vanilla you’re not going to need them.

Plus, even some of their cones have toppings. 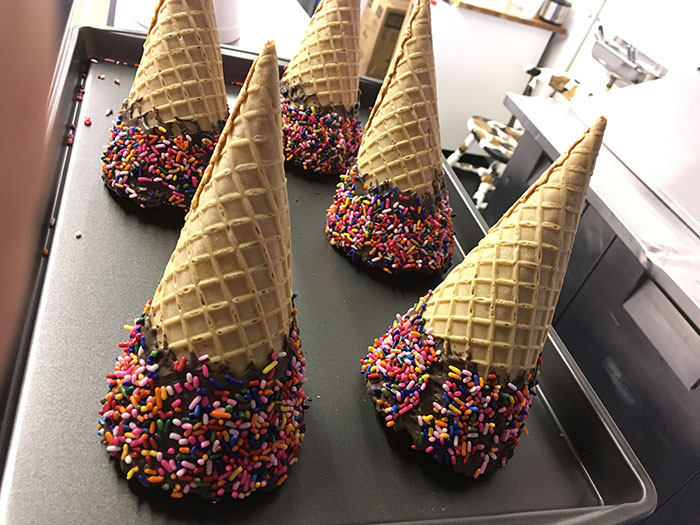 4. You can buy Two Scoops ice cream by the pint. 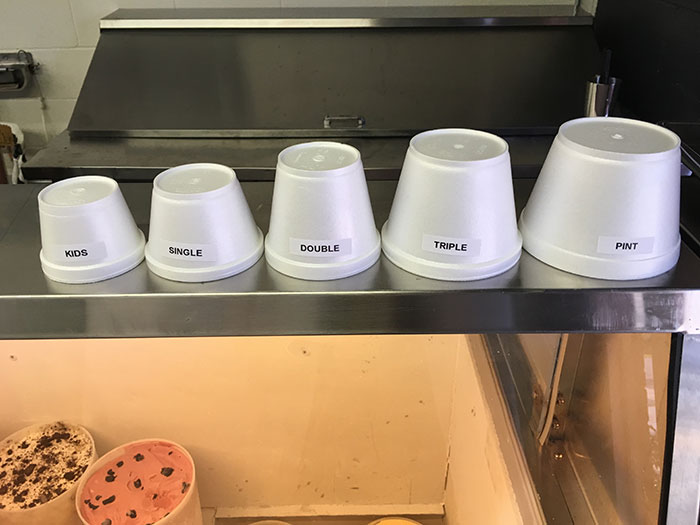 And no one has to know that you’re planning to eat it all in one sitting.

5. They have a crapload of flavors. 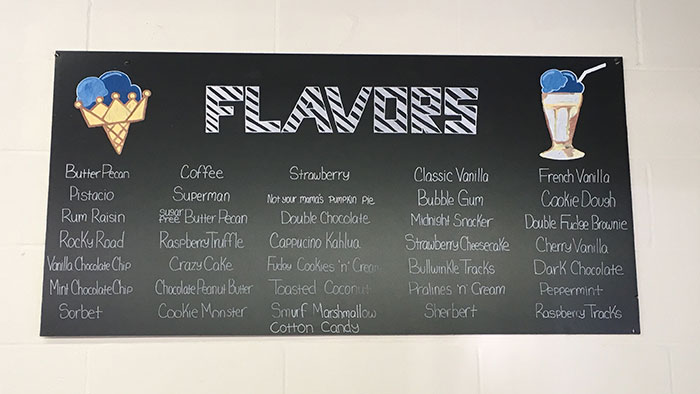 And are working on new flavors every day. They also have sugar-free flavors, which is probably really gross.

Bonus Fact: They make their own homemade peanut butter sauce. 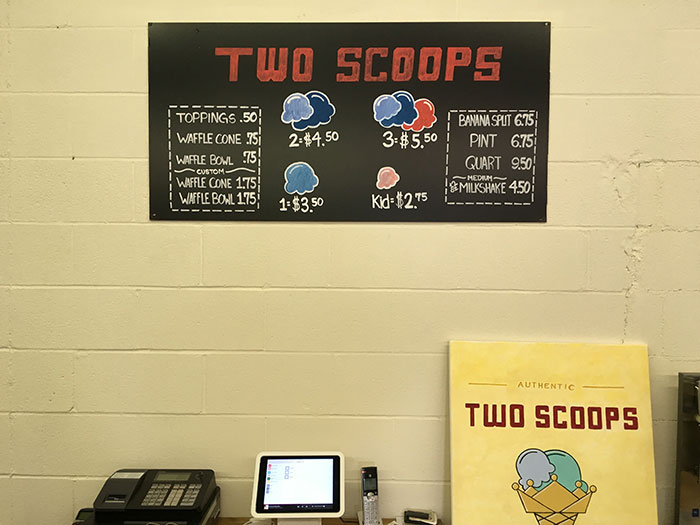 And I couldn’t be more excited. 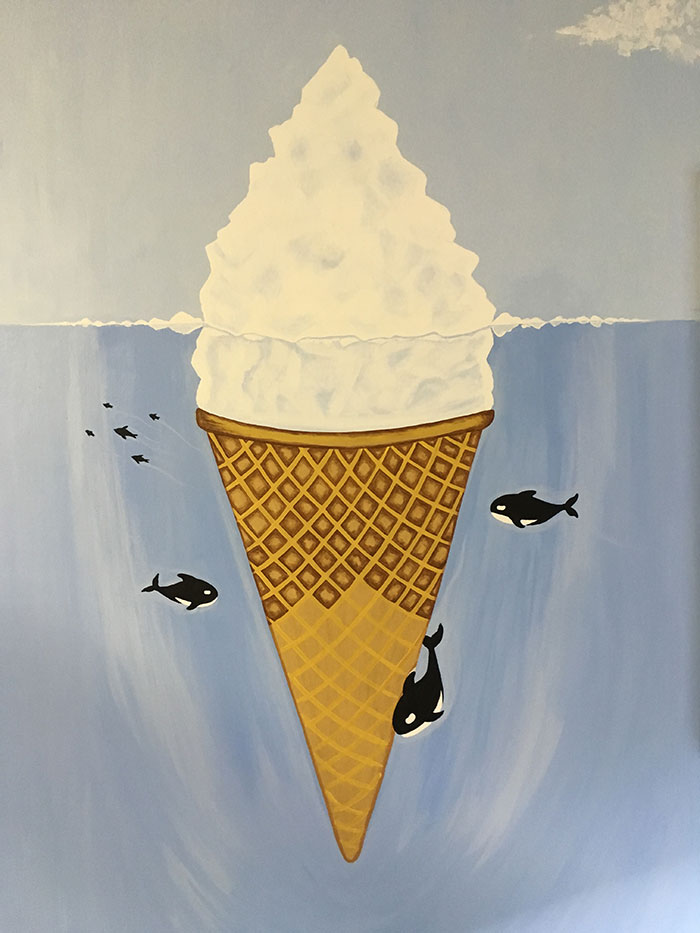 Two Scoops will be open from 1 p.m. to 10 p.m. Sunday through Thursday and 1 p.m. to 11 p.m. Friday and Saturday. The best flavor I tried? Admiral Butterscotch. But I have a feeling the Admiral won’t even hold a cone to the peanut butter chocolate concoction they’re debuting in a few weeks. 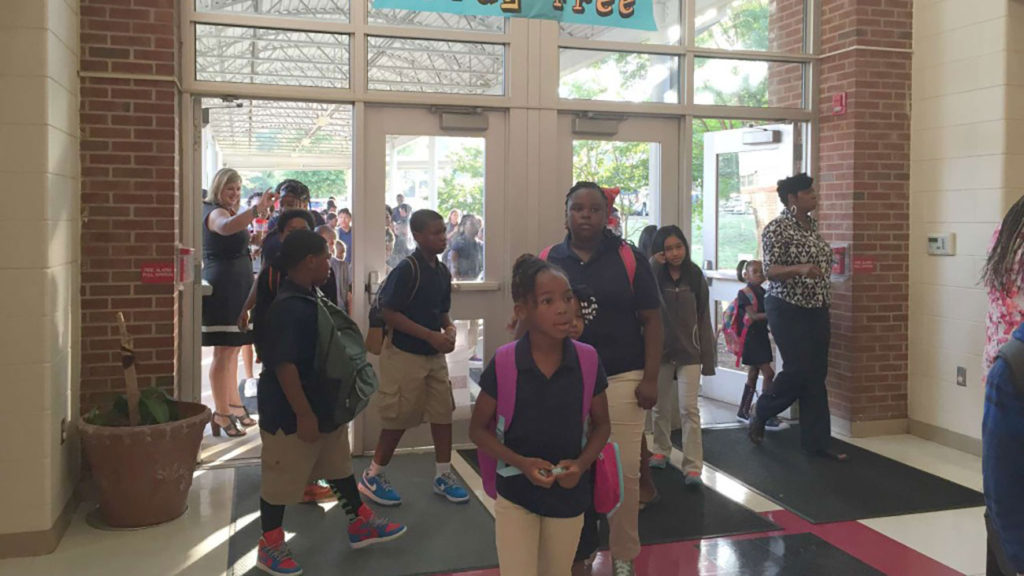