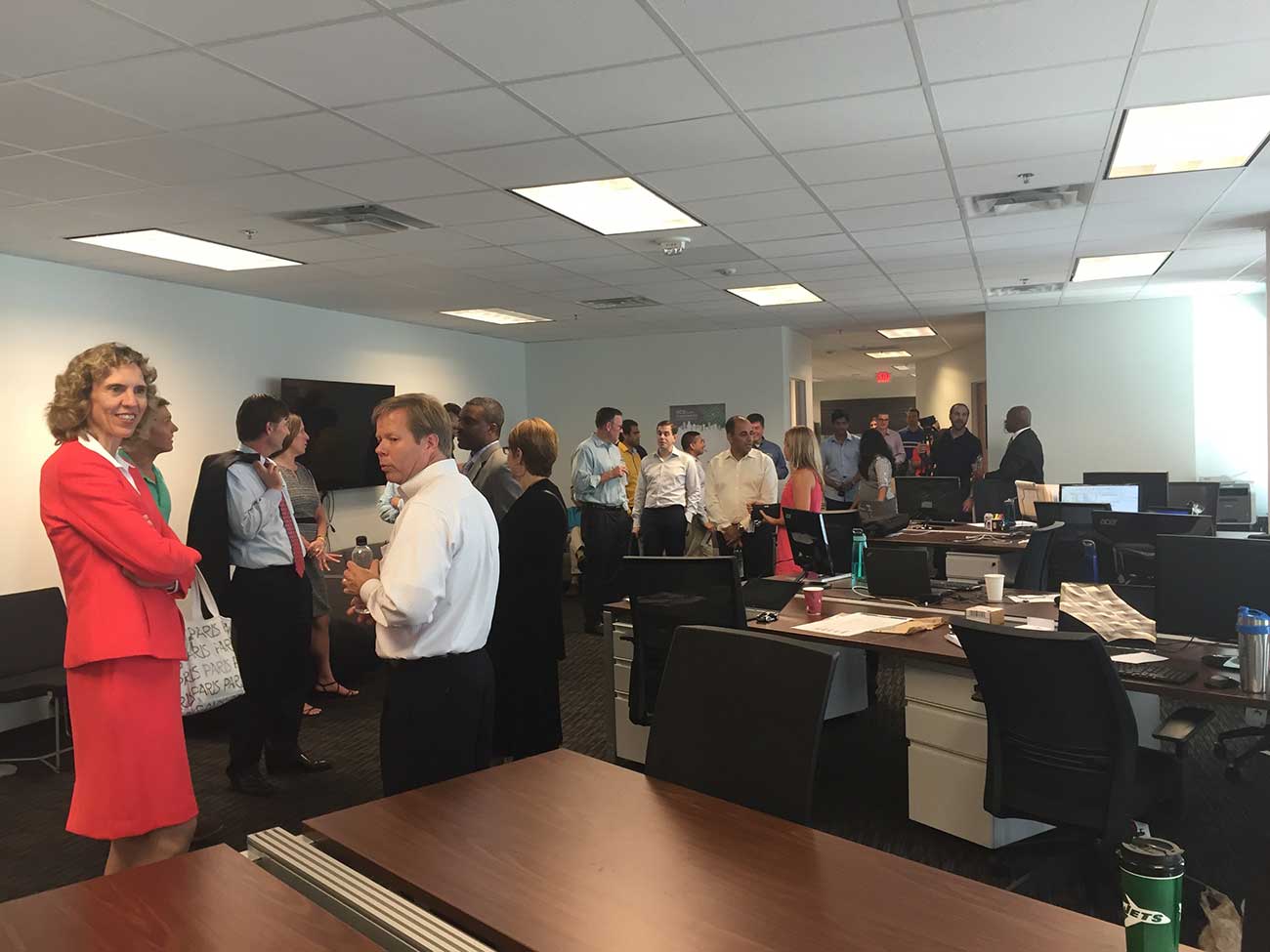 After nearly 5 years operating out of coworking spaces, Charlotte fintech startup DealCloud has moved into a new office on West Trade.

The software-as-a-service company helps private equity, investment banks and specialty lenders manage deal flow. By next year, they’ll be up to 12 employees in Charlotte with another 10 in Hoboken, New Jersey.

The new space is at 129 West Trade, above King’s Kitchen. They cut the ribbon Monday. Yes, that’s former Bank of America CEO Hugh McColl in the center. DealCloud spun out from Falfurrias Capital Partners, a firm McColl co-founded.

The company got its start at Packard Place, and later moved to Industry Coworking.

“We were in a little closet, and now we have windows and an expensive office,” co-founder Rob Cummings joked at the ribbon cutting Monday. “One day we’ll build DealCloud One.”

The company hit $1 million in revenue in 2014. They announced a $5.3 million equity investment late last year.

And not a bad view. 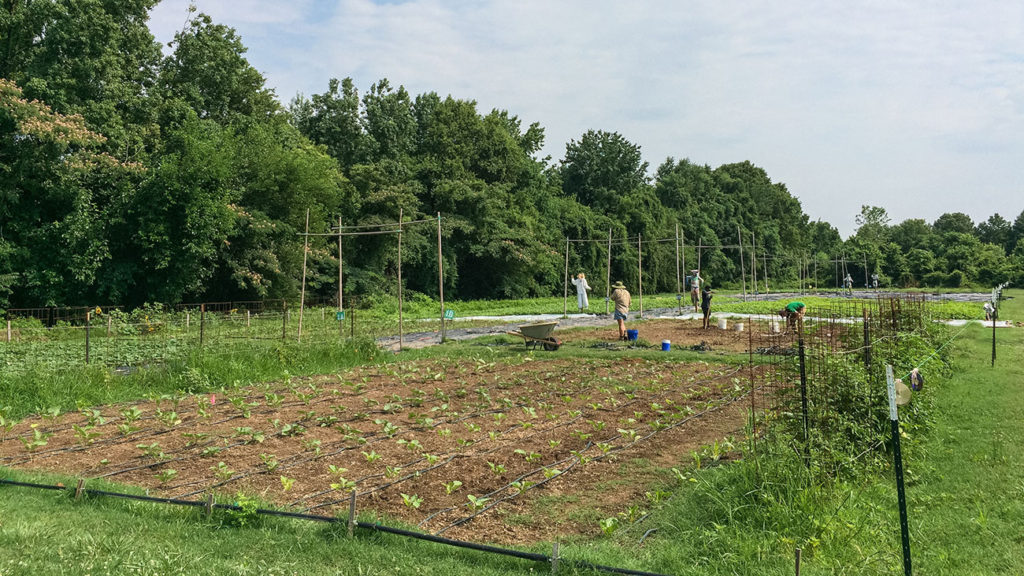