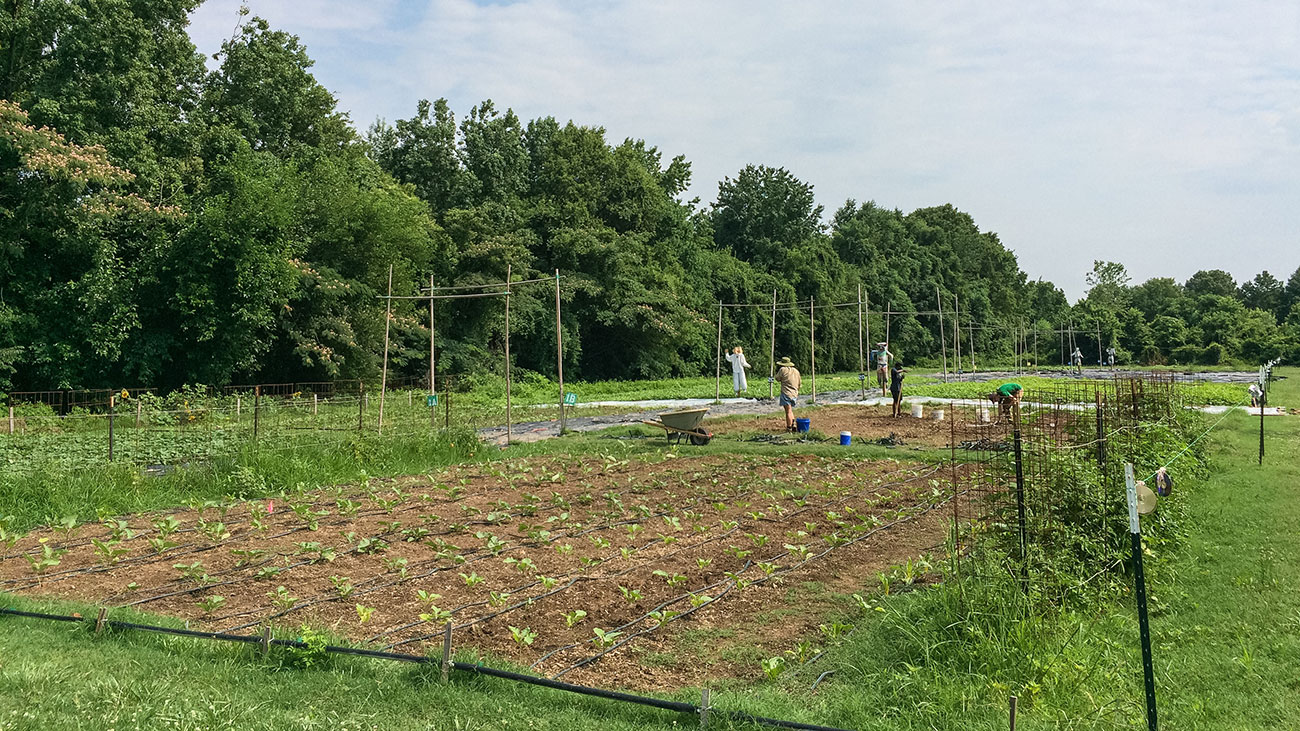 If you could take your eyes off the busy streets of Charlotte as you drive through town, you’d notice a few small bountiful plots of land that are planted and tended to do good in our community.

Many gardens located throughout the city at churches, schools, and even backyards are part of a growing network of Friendship Gardens that directly support the efforts of Friendship Trays. Founded as a faith-based grassroots organization in 1976, volunteers at Friendship Trays deliver over 750 meals each week to many in Charlotte’s elderly, handicapped, and home-bound community who have limited access to healthy meals.

These meals are prepared each weekday of the year in the Friendship Trays kitchen in South End. 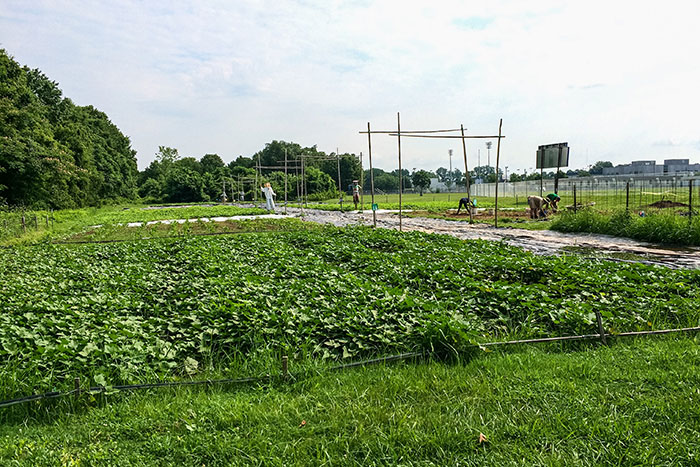 In 2009, Thom, now Friendship Gardens director, was working to help build backyard gardens in underserved parts of Charlotte. He heard that Friendship Trays was starting a garden in an empty lot at their facility on Distribution Street. The two hatched a plan to expand the garden idea throughout the city and engage others.

In an extraordinary bit of serendipity, as Thom describes it, a Slow Food Charlotte member who was also a member of the Women’s Impact Fund encouraged him to apply for a grant to secure funding to make the idea a reality. The following year, Slow Food Charlotte won the grant and was awarded $70,000 to expand the work they were doing. The seed money sprouted some pretty amazing things that continue to grow throughout the community. Even though the Friendship Gardens website is a wealth of information, I wanted to meet Thom myself to find out who is behind these organizations. I found a man who is energetic and passionate, particularly when it comes to the philanthropic side of food and community.

His energy has grown the Friendship Gardens network to 99 community gardens around the city. Each garden has a volunteer coordinator and most of the donated harvests go to the catering arm of the Friendship Trays organization, Friendship Kitchen.

The revenue generated there directly supports Friendship Trays. Thom explained that the menus of Friendship Kitchens are much more adaptable to the small quantities of yield that are donated.

“They are far nimbler and adaptive — if someone brings in 10 eggplants and another garden brings in 3, they can put something together and use 5 lbs of eggplant. Where someone who is cooking for 750 a day can’t process that,” he said.

Still, Friendship Trays gets plenty in the way of fresh produce. “Things that have a long shelf life are best —potatoes and winter squashes.” When asked if he directs folks what they should grow, Thom says, “We give them seeds or seedlings and recommend things for the kitchen, but they can do whatever they want.” The community gardens are an integral piece of the puzzle. 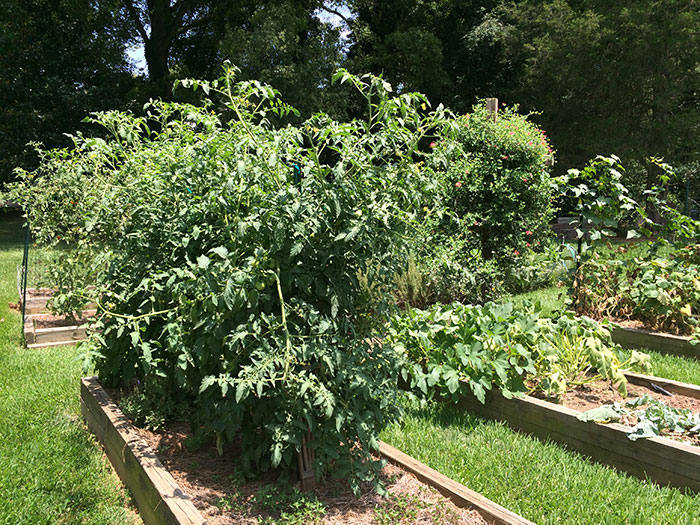 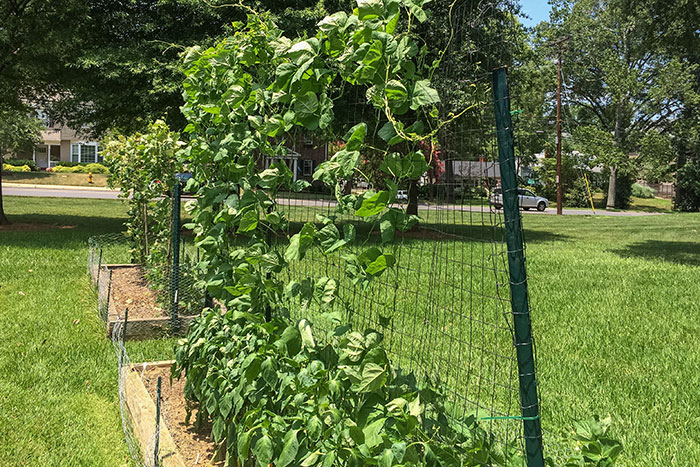 The cornerstone of the organization now, however, is on just three acres in east Charlotte at Garinger High School. The plot of land, dubbed the Urban Farm, is leased from Charlotte Mecklenburg Schools.

Now in its fourth year, they are maximizing the full footprint with 16 plots measuring 45 square feet each that grow the large quantities of food that Friendship Trays can use, with mostly donated non-GMO seeds.

It’s part farm and part education center, where they also hold workshops on sustainable agricultural practices. (Check out our story about the 100 Gardens aquaponic installation at the Urban Farm.)

There is one full-time farm manager, but most of the labor is done by interns and volunteers. As a result of a recent USDA GAP (Good Agricultural Practices) certification, they can now sell some of the yield to institutions to add another revenue stream to the organization. This year, the Urban Farm started selling it to CMS, which allows kids to grow the food, harvest it, and serve it in the cafeteria at Garinger. They are also selling to ModPaleo. “It’s great because all of a sudden we have a revenue stream. It’s small, but it used to be nothing,” Thom says. 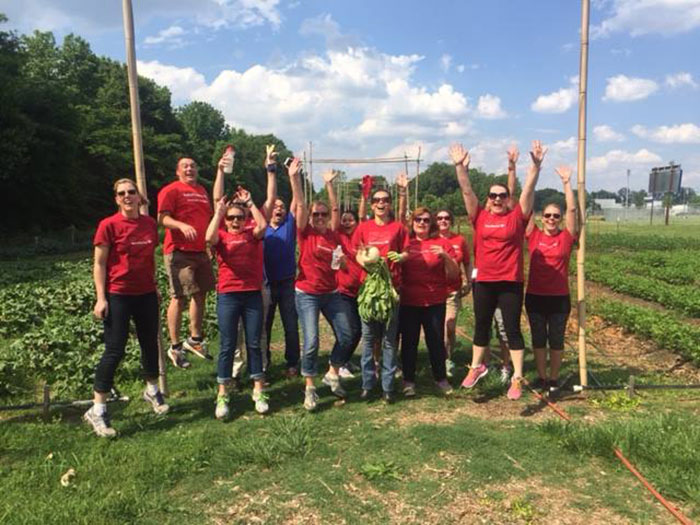 As if creating and tending to a fast-growing network of community gardens and a large urban garden isn’t enough, Friendship Gardens also launched a “mobile market,” which is now found in three locations: the Simmons YMCA, Uptown at the CATS Transit Center, and the new Rosa Parks Farmer’s Market on Beatties Ford Road. Thom and his crew hope to expand this service to reach even more people who have limited access: “We could do one every day if we had funding.” 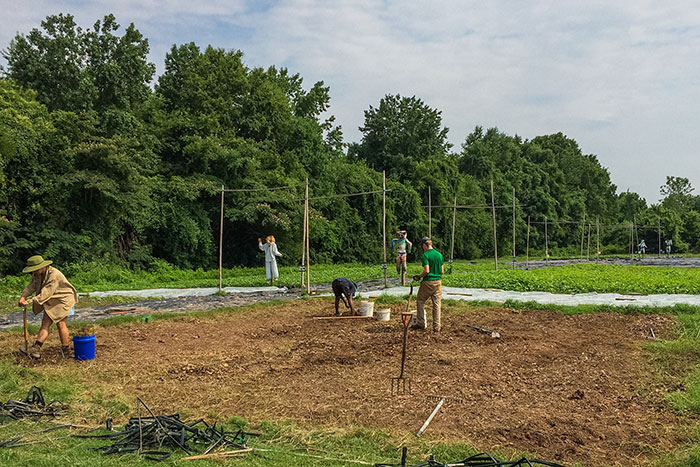 At its core, Friendship Gardens’ philosophy and commitment is truly philanthropic and community focused.

As Thom describes it, “Food is part of community and part of the fabric of life…food is so different for people depending on the access they have. If the only food available is fast food, that becomes your comfort food.”

The goals of the organization are to share the knowledge and passion of sustainable agriculture so that folks can feed themselves and to provide healthy food for those who don’t have access. You can help by volunteering through the organization or through Hands on Charlotte, or by joining the garden network. And, of course, Friendship Gardens also digs financial assistance. 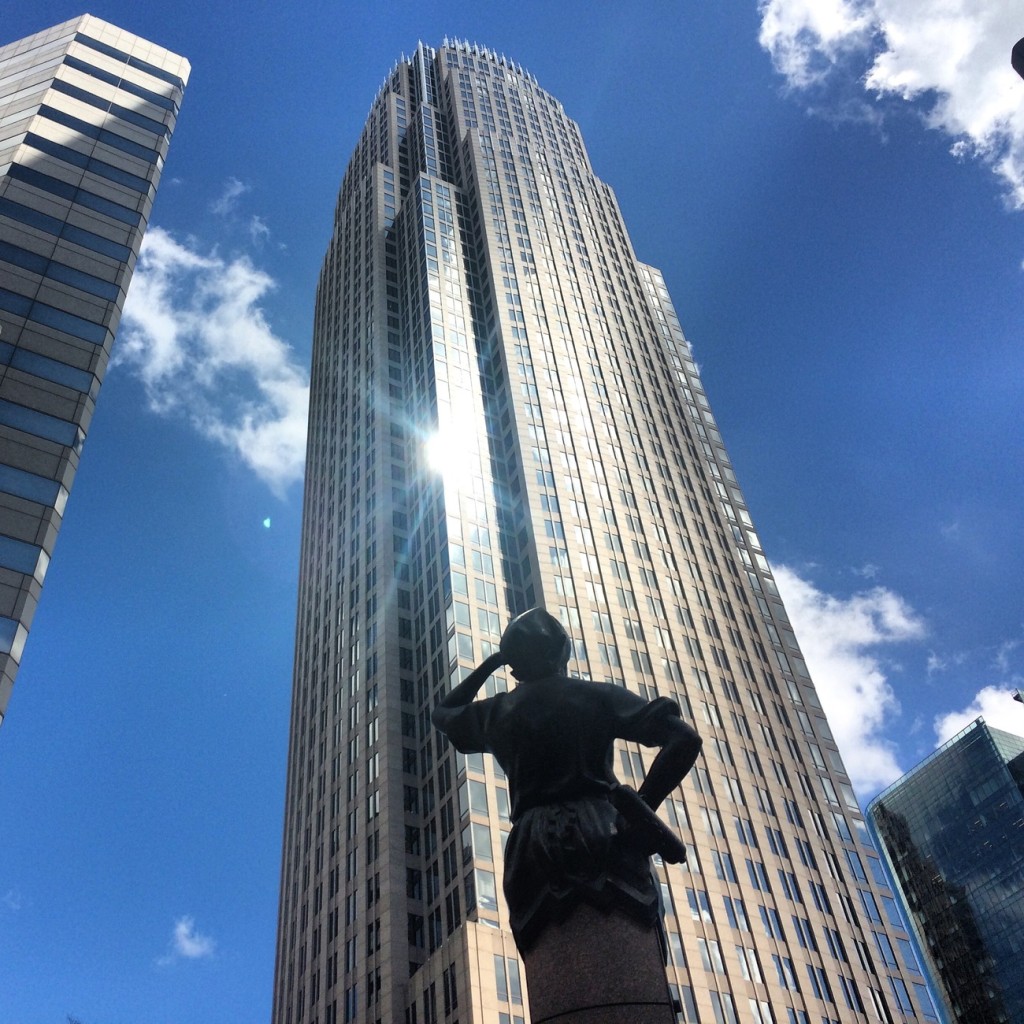 Hot jobs: 50 newest jobs from employers like Bank of America, Lowe’s and Skookum